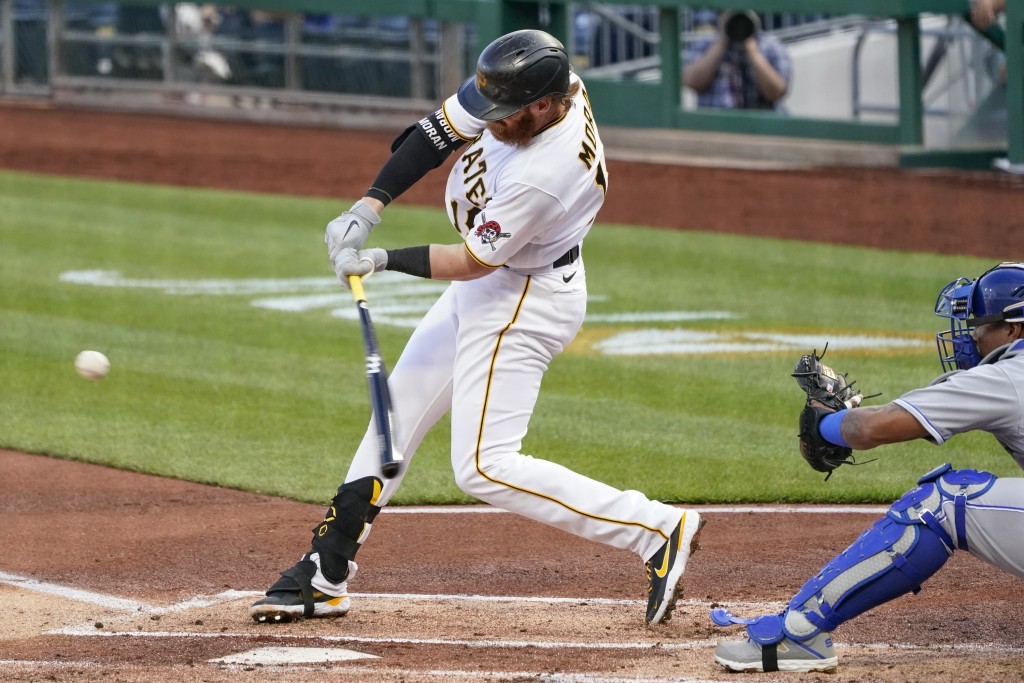 Moran exited Saturday’s game against the Cubs in the bottom of the first inning. He caught a liner and was injured when he ran and dived to first base trying to complete a double play. Moran is hitting .297 with four home runs and 19 RBIs in 32 games.

Infielder Ke’Bryan Hayes, one of the Pirates' brightest hopes for this season, was transferred from the 10-day IL to the 60-day list. The rookie had a strong spring, homered on opening day at Wrigley Field and then exited early in the second game with a strained left wrist that's sidelined him.

The Pirates claimed outfielder Ben Gamel off waivers from the Cleveland Indians, who designated him for assignment Wednesday. He went 1 for 14 with a double and six strikeouts before he was optioned to the Indians’ alternate training site April 17.

Pittsburgh also selected outfielder Troy Stokes Jr. to the major league roster and recalled right-handed pitcher Geoff Hartlieb from Triple-A Indianapolis. Stokes was in the starting lineup Sunday against the Cubs and made his major league debut.