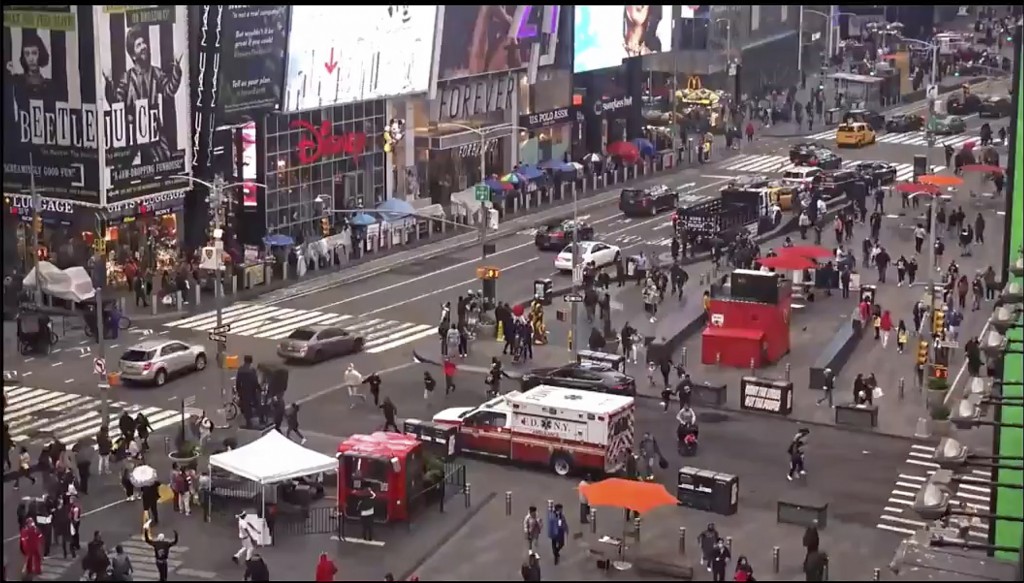 NEW YORK (AP) — A woman who was shot in Times Square during a Mother’s Day trip to New York City with her family said that she prayed that her wound would not be fatal.

Magrinat was one of three bystanders hit by bullets shortly before 5 p.m. Saturday near West 44th Street and Seventh Avenue. A 4-year-old girl from Brooklyn was shot in the leg and a 43-year-old woman from New Jersey was shot in the foot, police said. None of them is related to the others. All were reported to be in stable condition.

Police Commissioner Dermot Shea said during a Saturday evening news conference that the victims were shot following a dispute involving “at least two to four” people. “It is during this dispute that at least one person pulls out a gun," Shea said.

Police are still searching for a suspect. A video posted by the Police Department on Twitter showed a person of interest walking away from the scene.

Mayor Bill de Blasio called the shooting “senseless violence” and promised that those responsible would be brought to justice. “The flood of illegal guns into our city must stop,” the mayor said on Twitter.

Magrinat told TV station WNBC that she will likely have a bullet lodged in her leg for the rest of her life. “The doctors said that they wouldn’t do any surgery or take out the bullet, just because it would do more damage,” she said.

She told the Daily News that she “never thought would happen in Times Square with so many families around,” adding, "The person who did this is an insane person.”