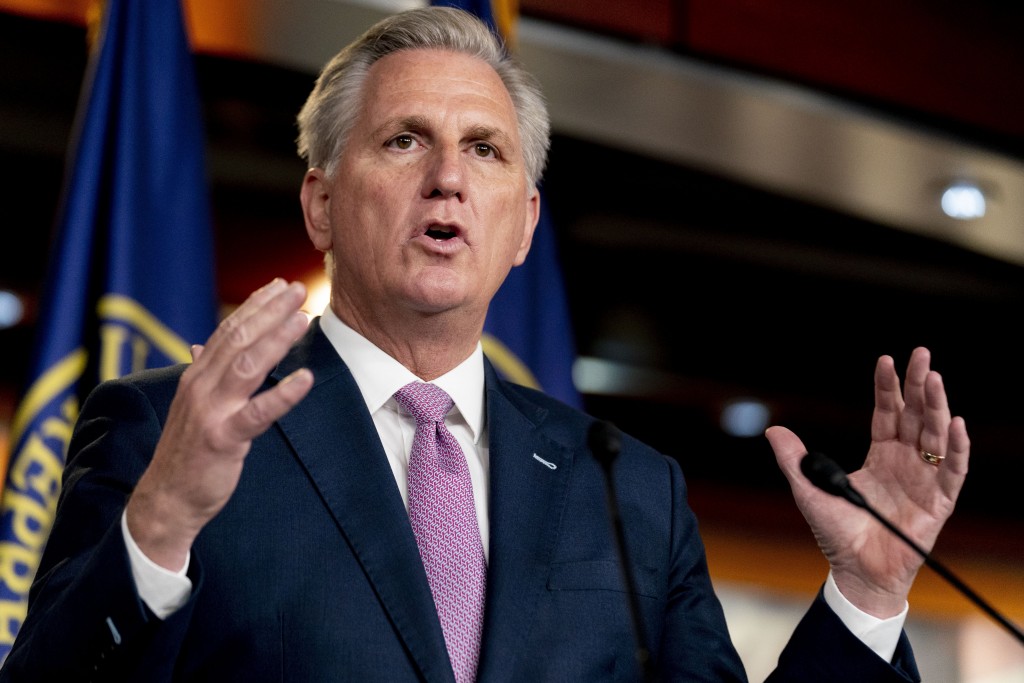 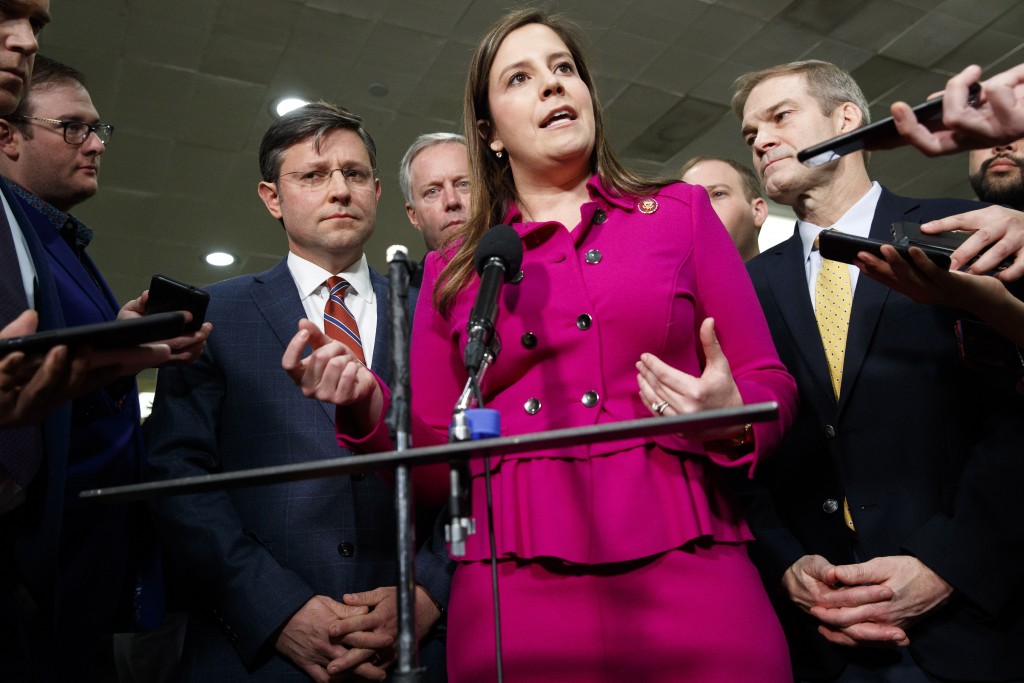 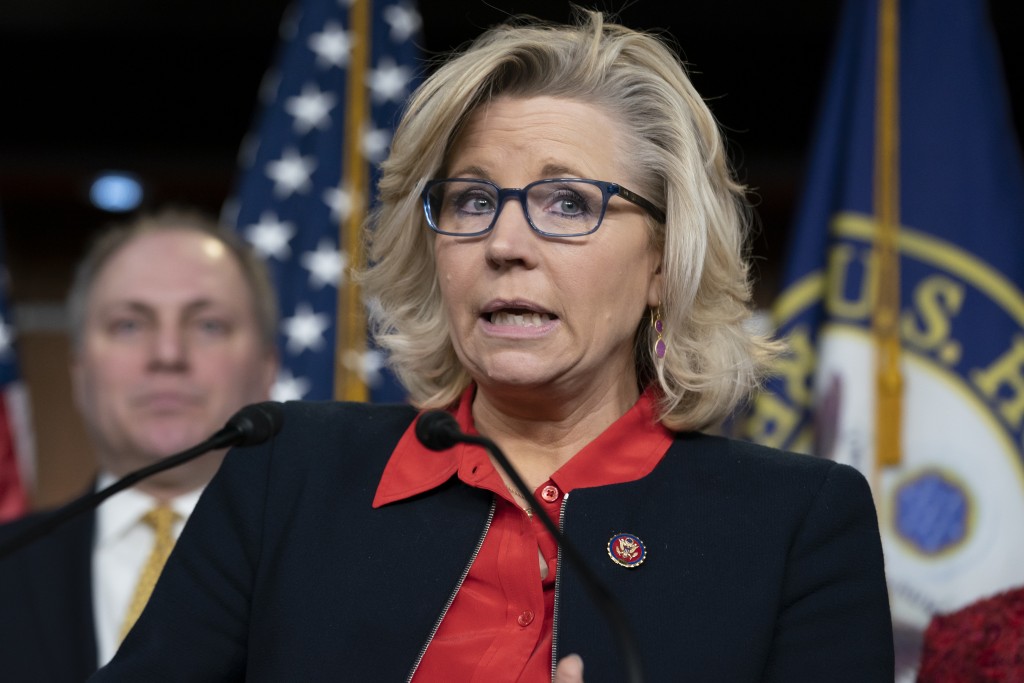 WASHINGTON (AP) — Top House Republican Kevin McCarthy on Sunday publicly endorsed Rep. Elise Stefanik for the post of No. 3 leader, cementing the party conference's support of the Donald Trump loyalist over Rep. Liz Cheney, an outspoken critic of the former president for promoting discredited claims that the 2020 election was stolen.

House Republicans could vote as early as Wednesday to remove Cheney, the highest-ranking woman in the Republican leadership and daughter of former Vice President Dick Cheney, and replace her with Stefanik, whose ascension has received Trump's backing.

Asked in an interview on Fox News Channel's “Sunday Morning Futures” whether he supported Stefanik, R-N.Y., for the job of Republican Conference chair, McCarthy responded: “Yes, I do.”

“We want to be united in moving forward, and I think that is what will take place,” he said in response to a question about whether he had the votes to oust Cheney, R-Wyo.

McCarthy said the leadership post must focus on a message “day in and day out” on what he said were the problems of the Biden administration.

Cheney has taken on Republicans, including McCarthy, R-Calif., for indulging Trump’s false claims that the November election was “stolen” from him. In an opinion essay Wednesday in The Washington Post, she denounced the “dangerous and anti-democratic Trump cult of personality,” and warned her fellow Republicans against embracing or ignoring his statements “for fundraising and political purposes.”

McCarthy on Sunday denied that Republicans' effort to remove Cheney was based on her views about Trump or her vote to impeach him over the Jan. 6 riot at the Capitol. He said her continued attention on Trump distracted from Republicans’ goal of winning back the House in 2022 and successfully opposing President Joe Biden's agenda.

McCarthy complained last week that he had “lost confidence” in Cheney and “had it with her" over her continuing remarks about Trump, according to a leaked recording of his exchange on “Fox and Friends.”