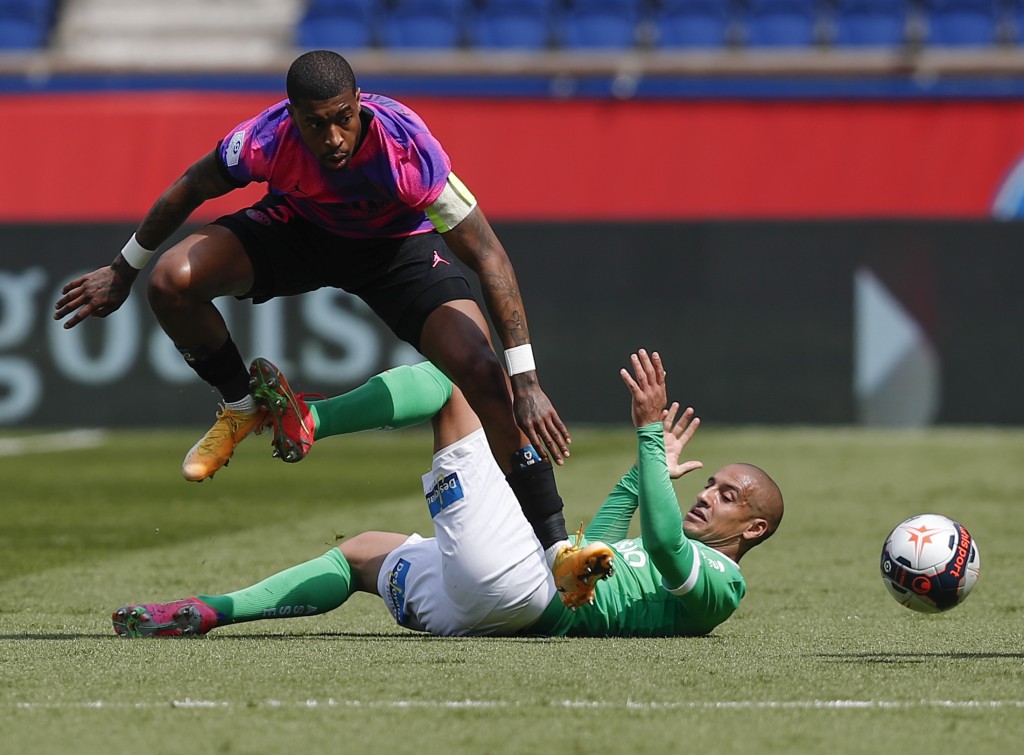 PARIS (AP) — Marseille dropped crucial points in the race for fifth place and a Europa League spot when it lost 1-0 at Saint-Etienne on Sunday.

Rennes could move above Marseille and into fifth with a home win against defending champion Paris Saint-Germain in a later game. PSG needed to win to stay one point behind leader Lille in a tense title race.

Midtable Saint-Etienne's goal came in the 43rd minute when Arnaud Nordin turned in Wahbi Khazri's cross from the left at the back post.

Monaco had to win at Reims later Sunday to reclaim third position from Lyon and the Champions League spot.

PSG was without suspended top scorer Kylian Mbappe and midfielder Marco Verratti through injury, but Rennes was missing its France midfielders Eduardo Camavinga and Steven Nzonzi.