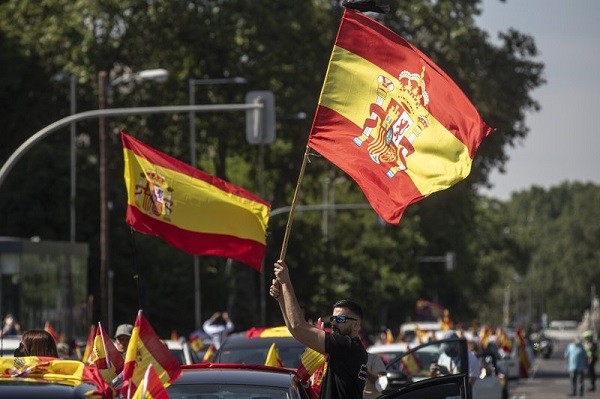 Spain has lifted a state of emergency in place since October to fight the pandemic, allowing Spaniards to travel between regions for the first time in months.

The emergency measure expired at midnight (2200 GMT/UTC Saturday) and will lead to more freedoms.

But it could complicate the efforts of the nation's 17 regional governments — responsible for health care — to put an end to the health crisis.

The state of emergency provided them with a legal framework to impose measures — such as nighttime curfews or a ban on non-essential travel between regions — that limited freedoms.

Except for a few days over Christmas when the restrictions were lifted, people have not been able to travel to other regions, go on holiday, or see family.

While intra-regional travel bans have ended and curfews have been lifted, not all of the restrictions are being relaxed in Spain.

They can also seek court approval for stricter measures such as reimposing curfews, capping the number allowed at home gatherings or extending a ban on internal travel.

Spain is one of Europe's hardest-hit nations with nearly 79,000 deaths and 3.5 million infections.