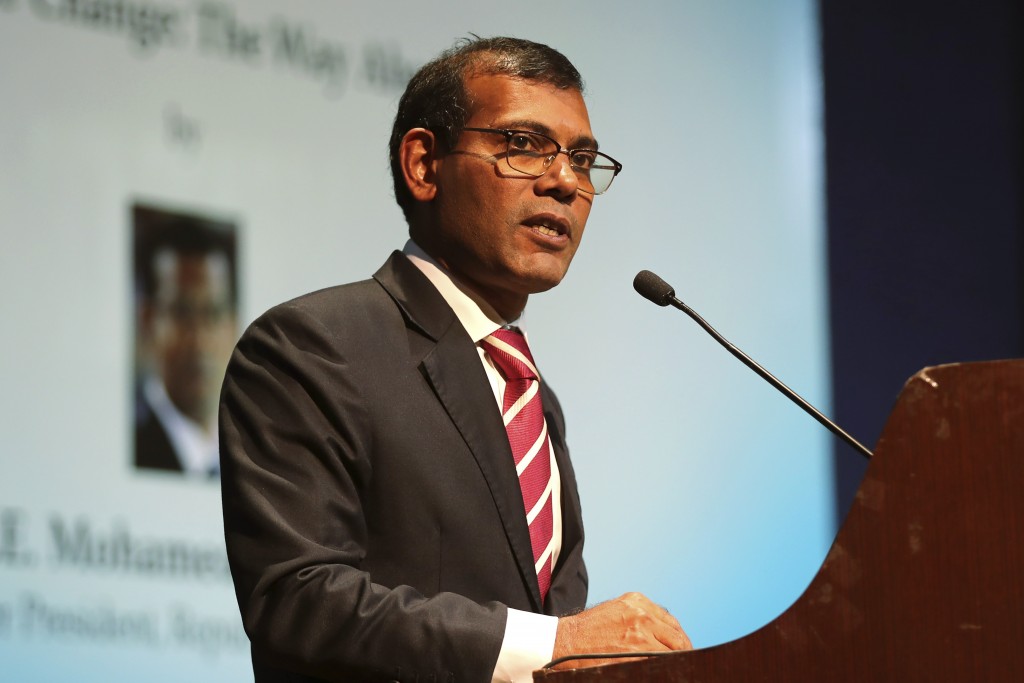 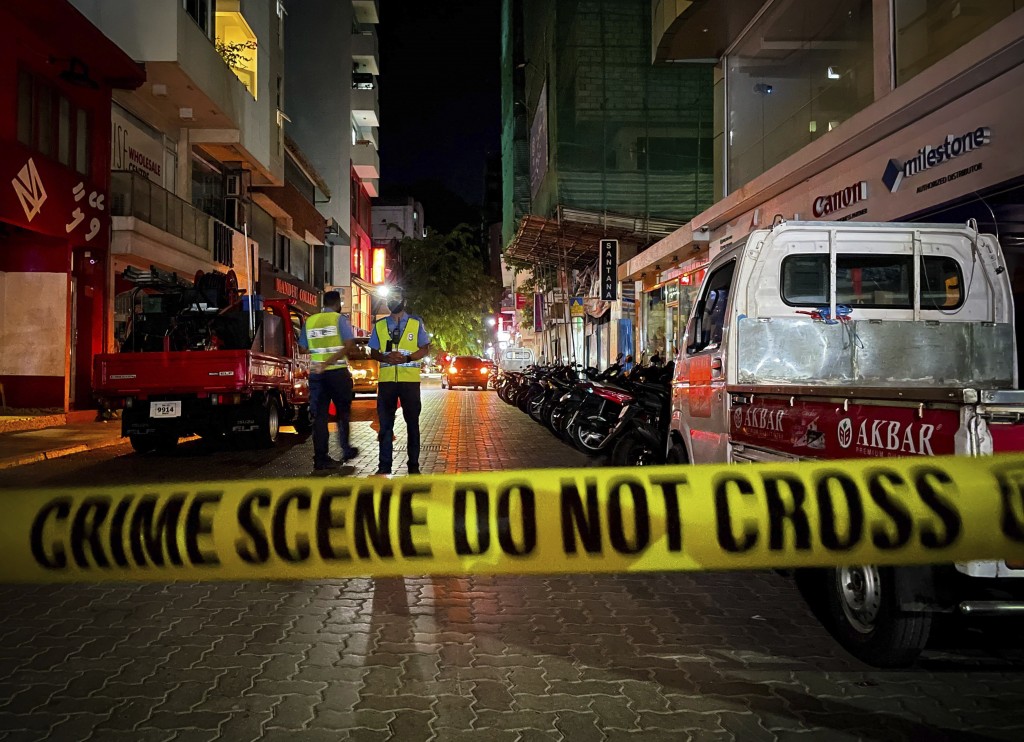 COLOMBO, Sri Lanka (AP) — Maldives police said Sunday they have arrested a person believed to be the prime suspect in an explosion that critically wounded the country's former president and was blamed on Muslim extremists.

Police now have in their custody three of the four suspects in Thursday's blast targeting former President Mohamed Nasheed, who is recovering in a hospital after multiple surgeries.

Police did not give details of the latest suspect or his background but in a text message confirmed that they believe he is the person whose pictures were released Saturday as authorities sought public assistance for identification. The remaining suspect remains at large.

A relative tweeted early Sunday that Nasheed had long conversations with some family members.

They told reporters that shrapnel from the blast damaged his intestines and liver, and that a piece of shrapnel broke his rib and had been less than a centimeter (0.4 inches) from his heart.

Nasheed is currently the speaker of Parliament and has been an outspoken critic of religious extremism in the predominantly Sunni Muslim nation, where preaching and practicing other faiths are banned by law. He has been by religious hard-liners for his closeness to the West and liberal policies.

Officers from the Australian Federal Police were assisting with the investigation, following a request from the Maldives. A British investigator also was to arrive in the Indian Ocean archipelago on Sunday.

Nasheed was the first democratically elected president of the Maldives, serving from 2008 to 2012, when he resigned amid protests. He was defeated in the subsequent presidential election, and was ineligible for the 2018 race due to a prison sentence, but has remained an influential political figure.

The Maldives is known for its luxury resorts but has experienced occasional violent attacks. In 2007, a blast in a park in the capital wounded 12 foreign tourists, and was also blamed on religious extremists.

The Maldives has one of the highest per capita numbers of militants who fought in Syria and Iraq alongside the Islamic State group.

Authorities announced in January that eight people arrested in November were found to have been planning to attack a school and were in the process of building bombs in a boat at sea. Police said the suspects conducted military training on uninhabited islands and recruited children.