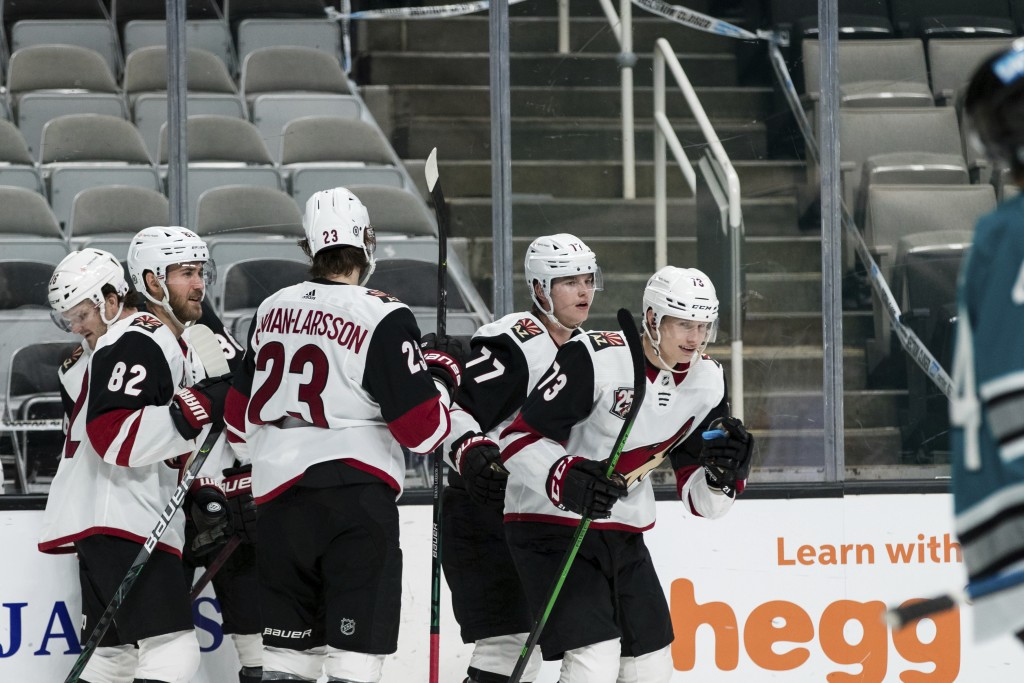 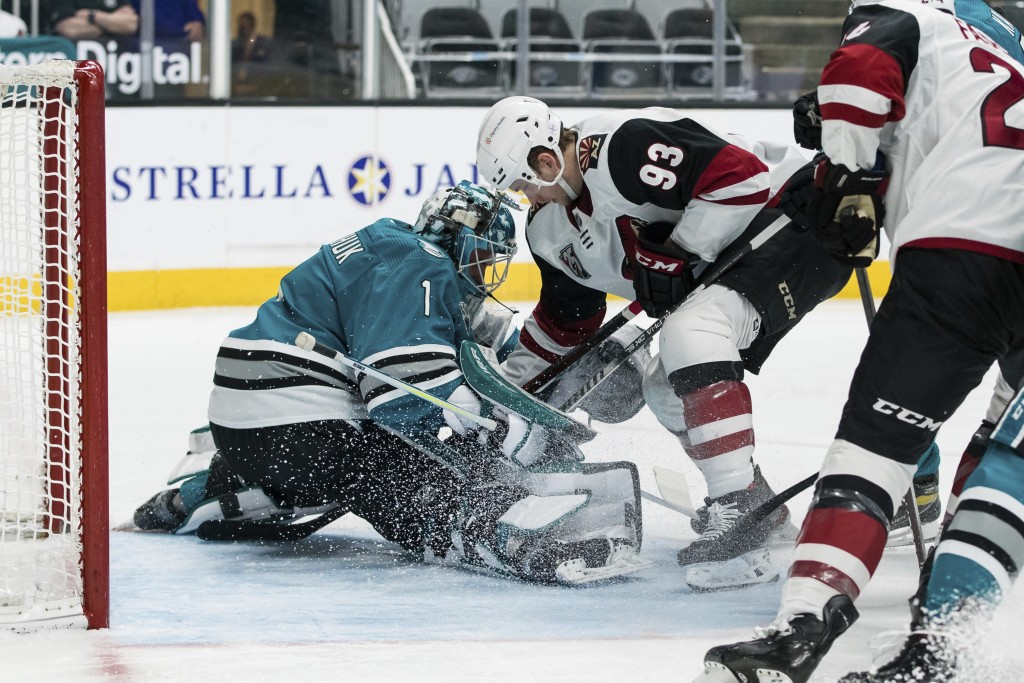 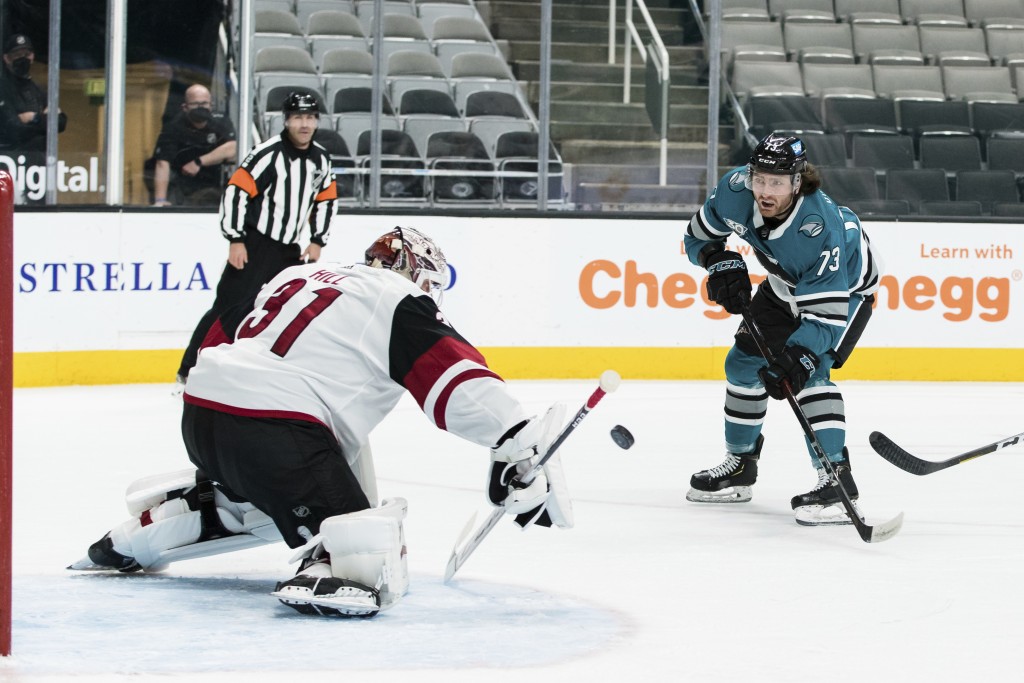 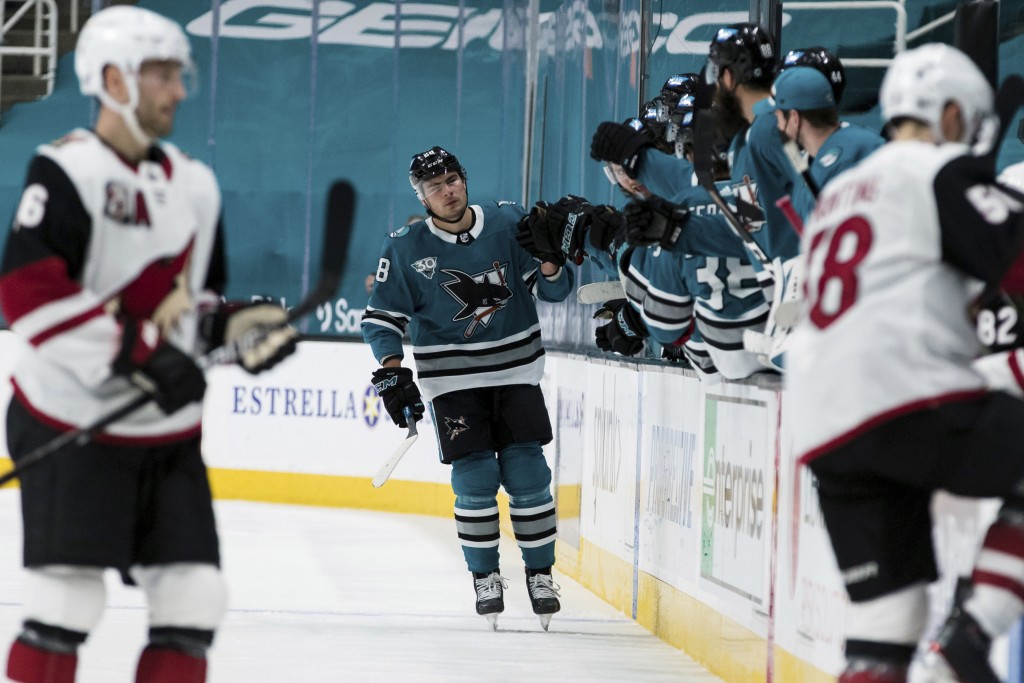 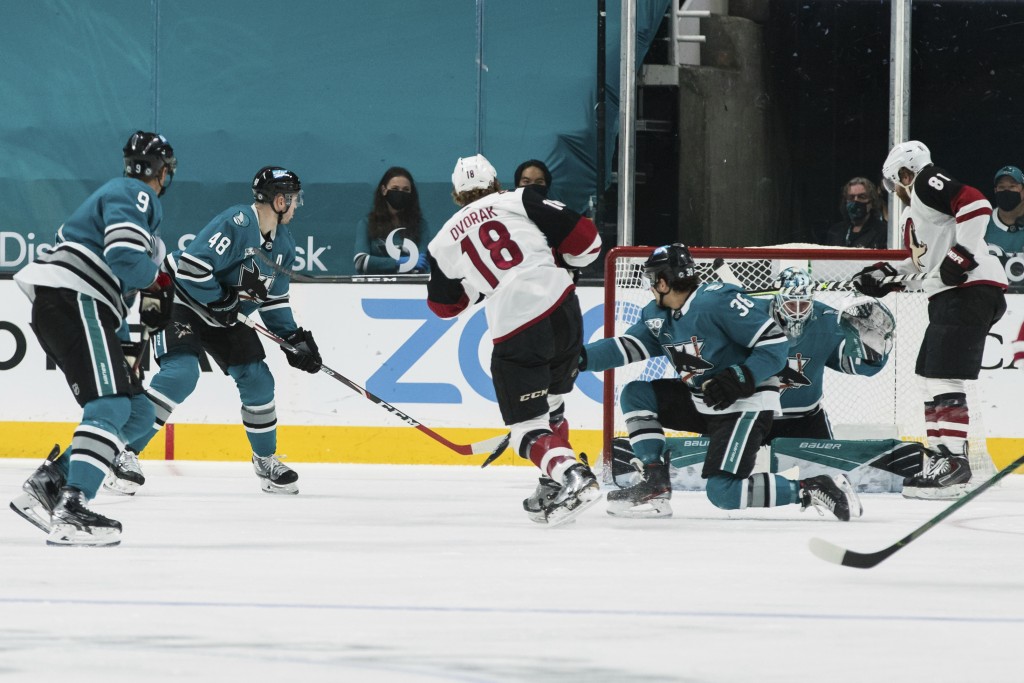 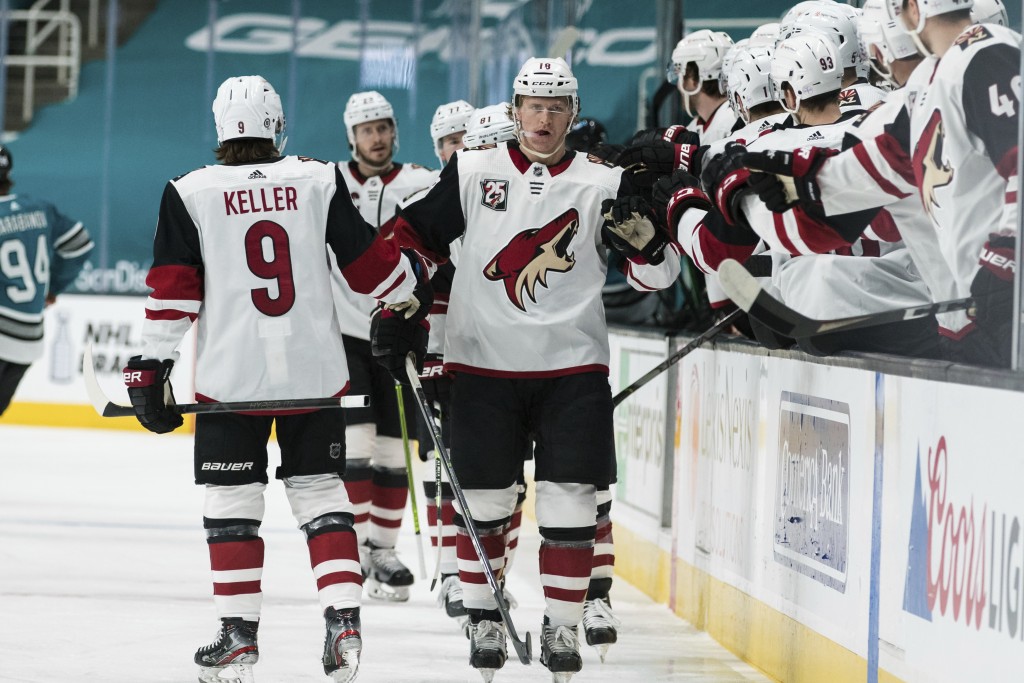 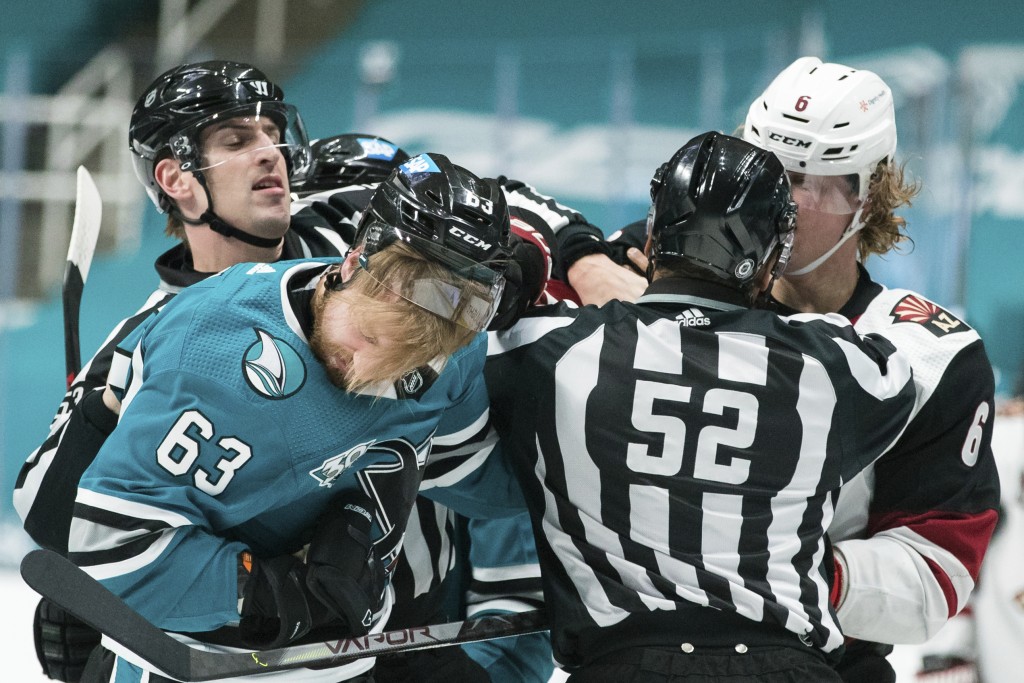 SAN JOSE, Calif. (AP) — Phil Kessel scored his 10th goal of the season against San Jose 2:30 into overtime and the Arizona Coyotes ended their regular season with a 5-4 win over the Sharks on Saturday night.

Conor Garland had given Arizona the lead with 3:53 left before Alexander Barabanov answered for the Sharks with 48.1 seconds remaining in regulation.

That set the stage for Kessel to end his season with another goal against the Sharks for his 20th overall this season.

Christian Dvorak scored twice and Jan Jenik also scored for the Coyotes, who won just five of their final 17 regular season games to miss the postseason. Adin Hill made 44 saves.

Rudolfs Balcers, Kevin Labanc and Timo Meier also scored for the Sharks, who have lost 13 of 16 games heading into their regular season finale.

Alexei Melnichuk made 27 saves in his first career NHL start and took the loss.

Dvorak scored twice in the first period, converting during 4-on-4 play and on the power play but the Sharks answered both times with goals from Balcers and Labanc.

Meier gave the Sharks a 3-2 lead in the second with a strong power move to the net, but Jenik tied it with a bad angle shot later in the period.

Jenik has scored twice in two games since being called up to the NHL, joining Christian Fischer as the only players in franchise history to score in each of their first two career games.

Kessel became the fifth player to reach 900 consecutive games one night after reaching the 900-point mark with his ninth goal of the season against San Jose.

San Jose's Patrick Marleau played in his 909th consecutive game, making this the first time two players with a streak of at least 900 games played each other.

Kessel joins Leon Draisaitl (this season against Ottawa) and Jonathan Cheechoo (2005-06 against Anaheim) as the only players with at least 10 goals vs. one team in a season since the start of the 1993-94 season. He finished the season with 10 goals and three assists against the Sharks.

Defenseman Aaron Ness played his first game at any level this season for Arizona. The 30-year-old spent the season on the taxi squad, waiting for an opportunity to play. It came in the final game and coach Rich Tocchet made him an alternate captain.

Coyotes: Head into the offseason after missing the playoffs for the eighth time in nine seasons.