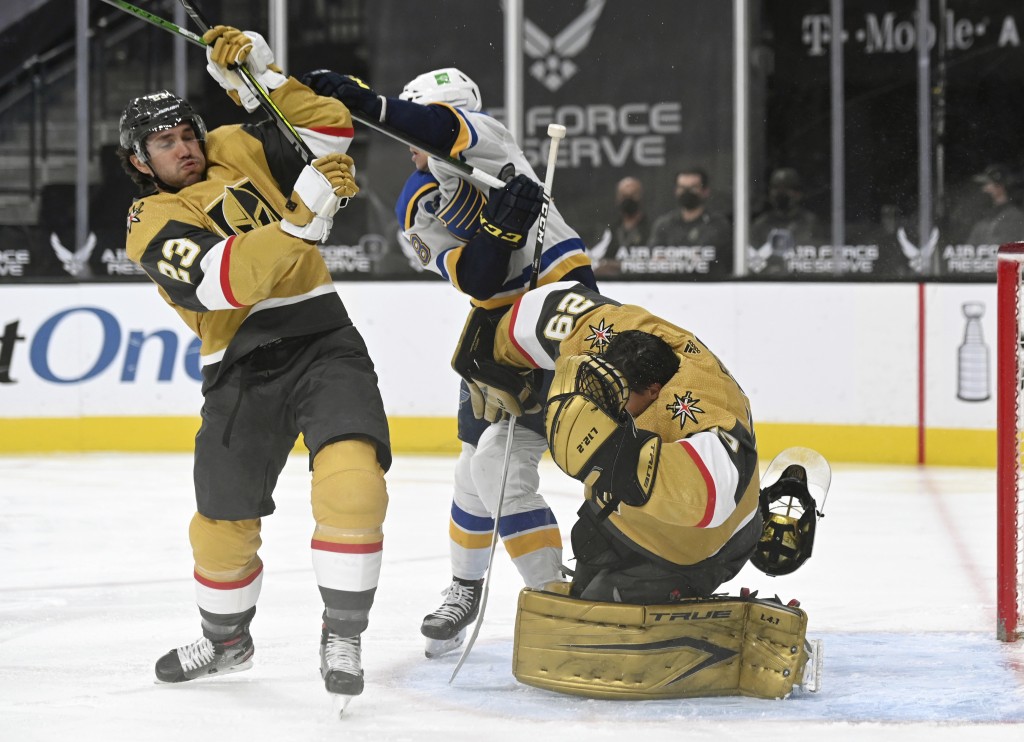 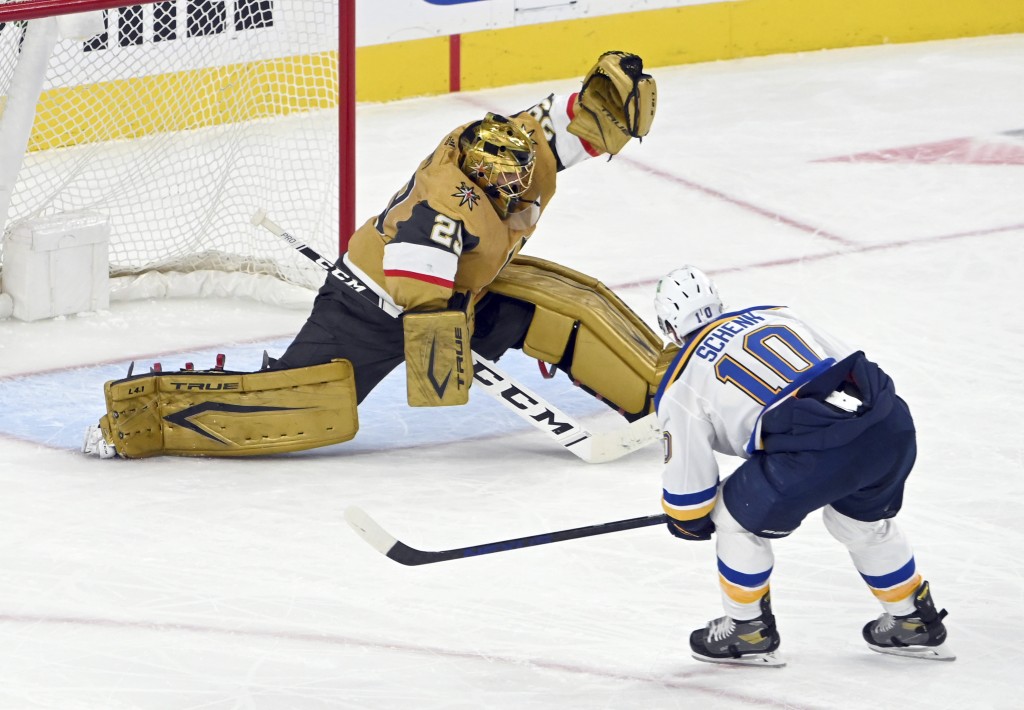 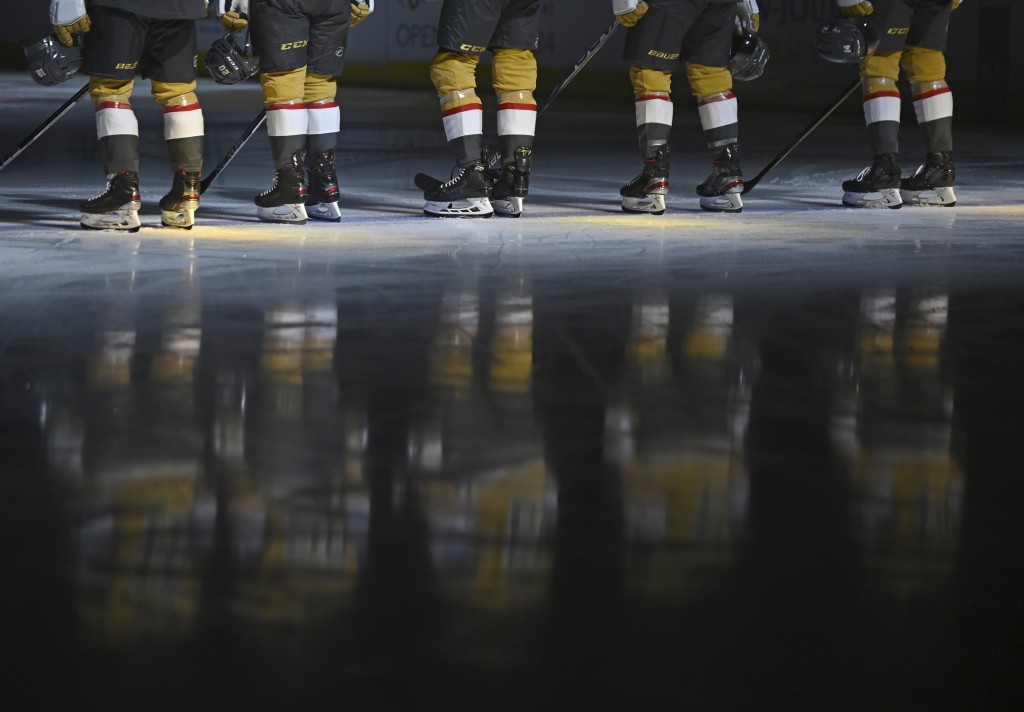 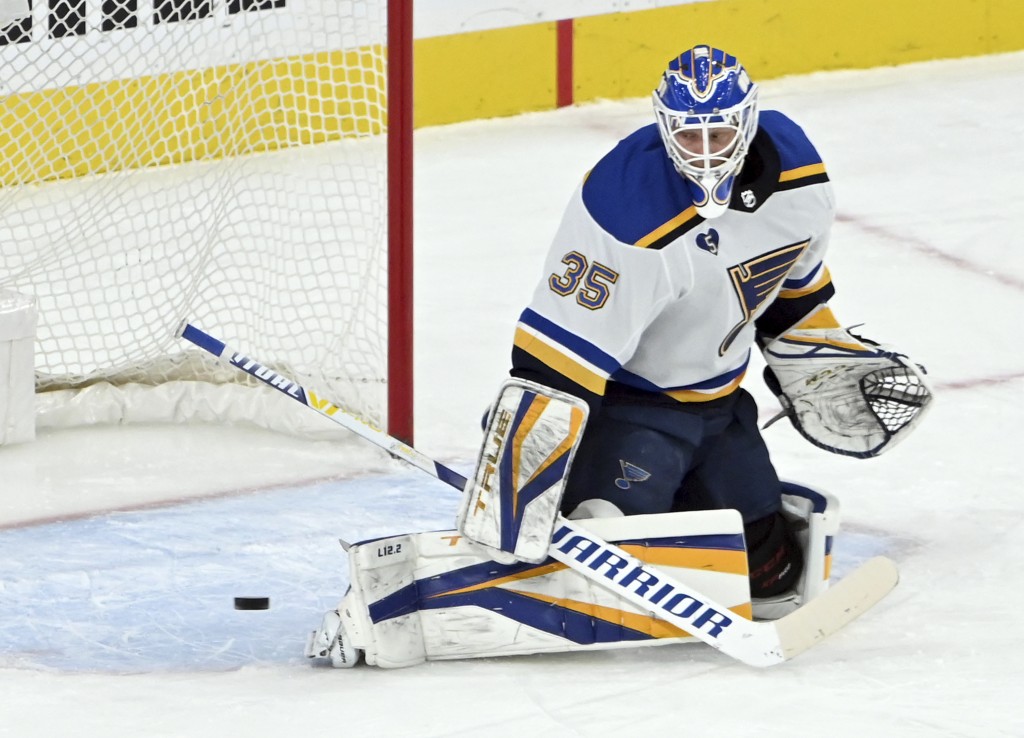 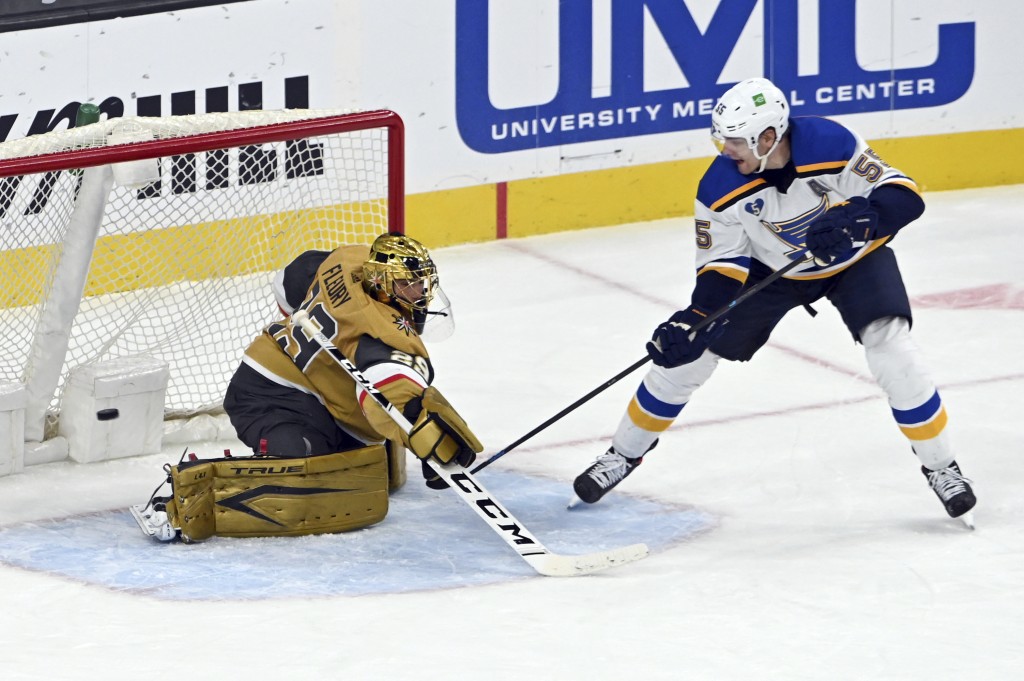 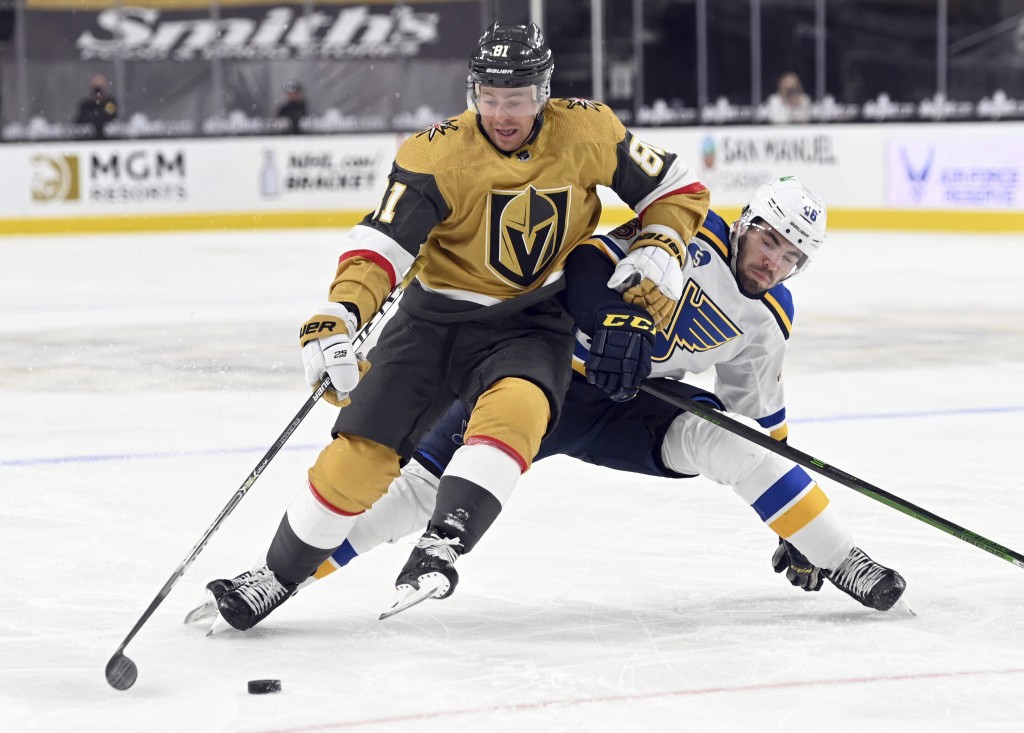 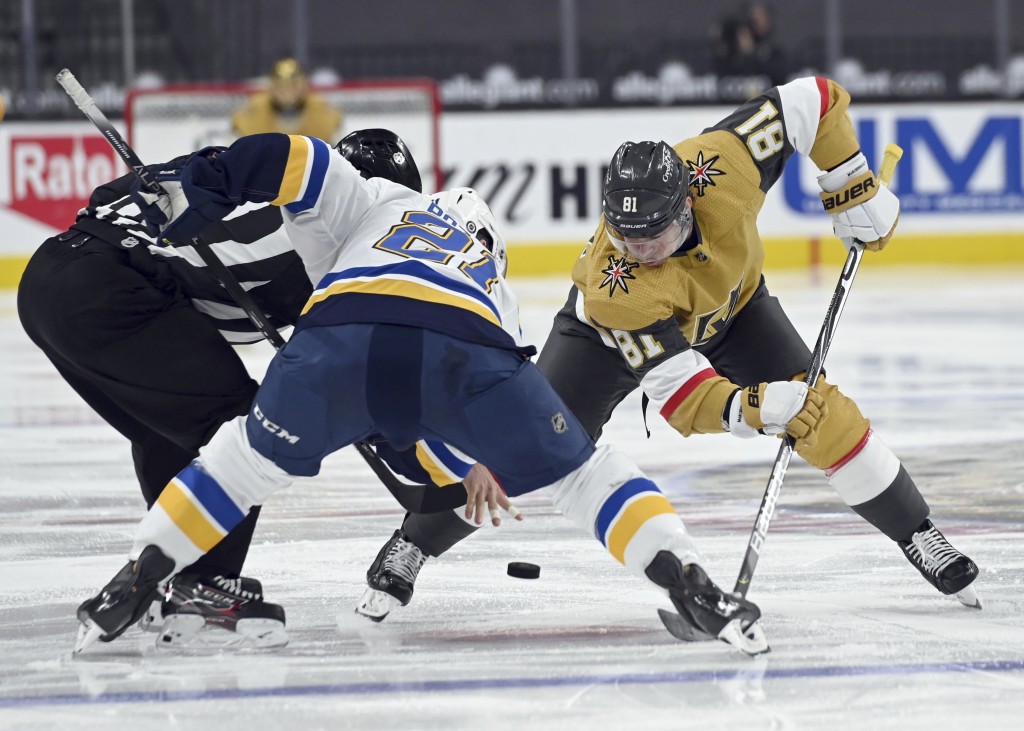 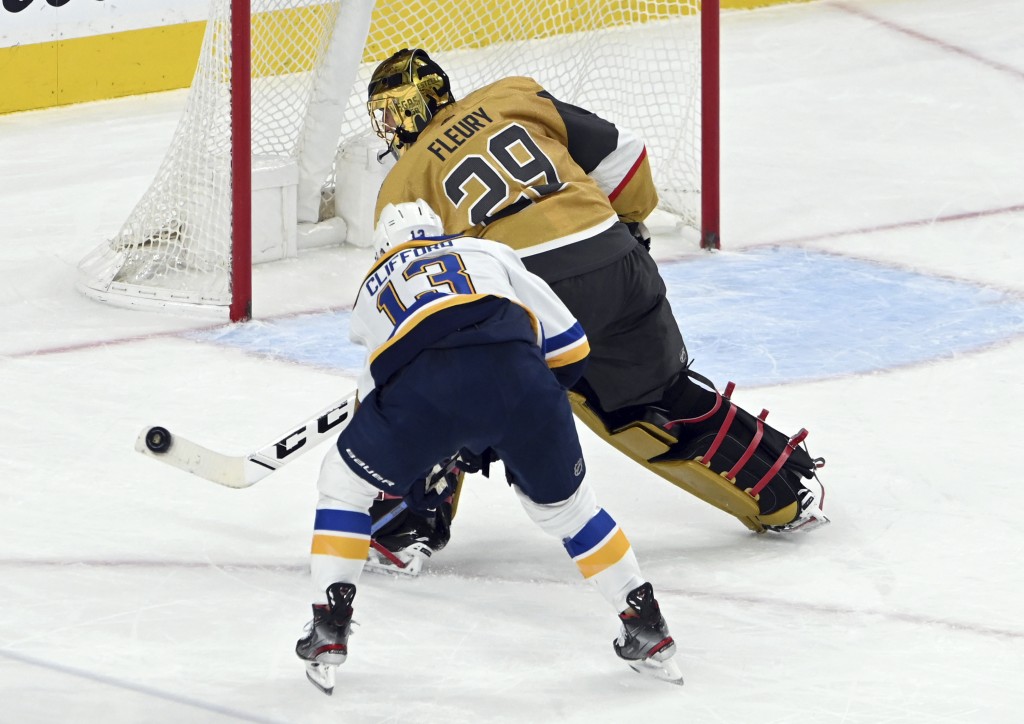 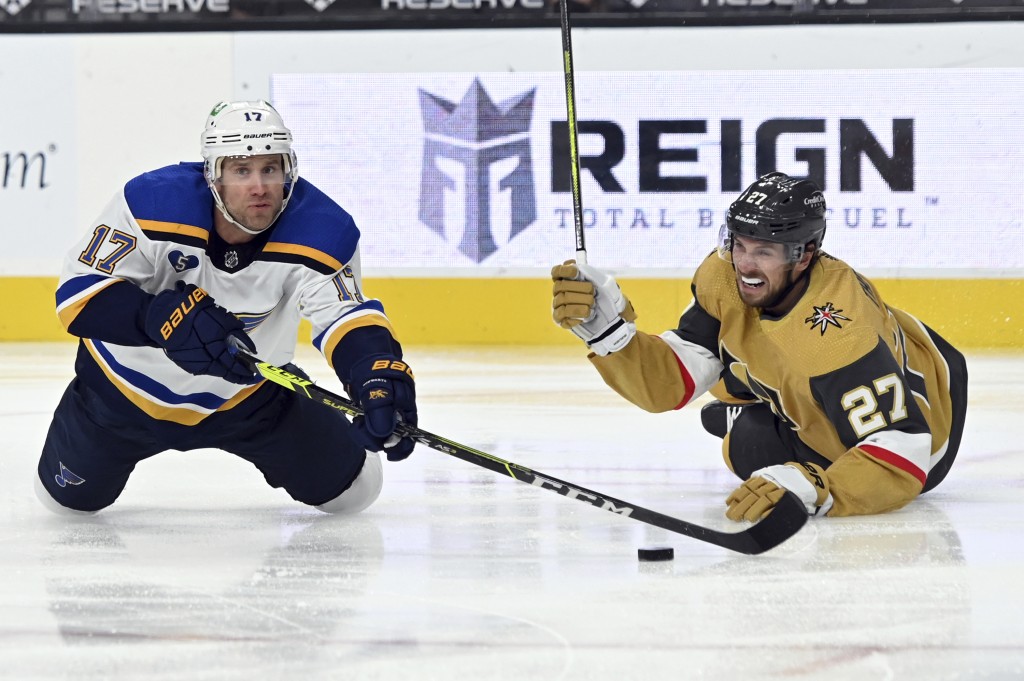 Chandler Stephenson also scored for the Golden Knights, who moved into a tie with the Carolina Hurricanes for the most points (80) in the NHL.

Vegas extended its home winning streak to a season-high seven games. The Golden Knights meet the Colorado Avalanche on Monday in a matchup of the West Division’s top two teams, with the division title still up for grabs.

Fleury, fresh off a victory that gave sole possession of third place on the career wins list, has won eight straight games — none of which he has allowed more than two goals in.

For the second straight night against the Blues, it was Smith opening the scoring with a close-range shot at the doorstep to give Vegas a 1-0 lead.

Shortly thereafter, former Blue Alex Pietrangelo picked off a pass and led a rush into the offensive zone, then delayed just long enough before feeding a gem to Stephenson for a one-timer past St. Louis’ rookie netminder.

The Blues struggled to find any sort of offensive rhythm, as they didn’t get their first shot on goal until 16 minutes in and were outshot 10-3 in the first period. The three shots on goal tied for the fewest allowed by the Golden Knights in one period this season.

Nothing changed in the second as the Blues managed just four shots. Fortunately for them, their final attempt came when Parayko stripped Shea Theodore with a nifty stick lift behind the net and beat Fleury with a backhand past his blocker to breathe life into St. Louis just before the end of the period.

Smith got his second goal of the game on a power play in the third period, when he chipped home his own rebound, and notched his third with an empty netter with 48 seconds left in the game.