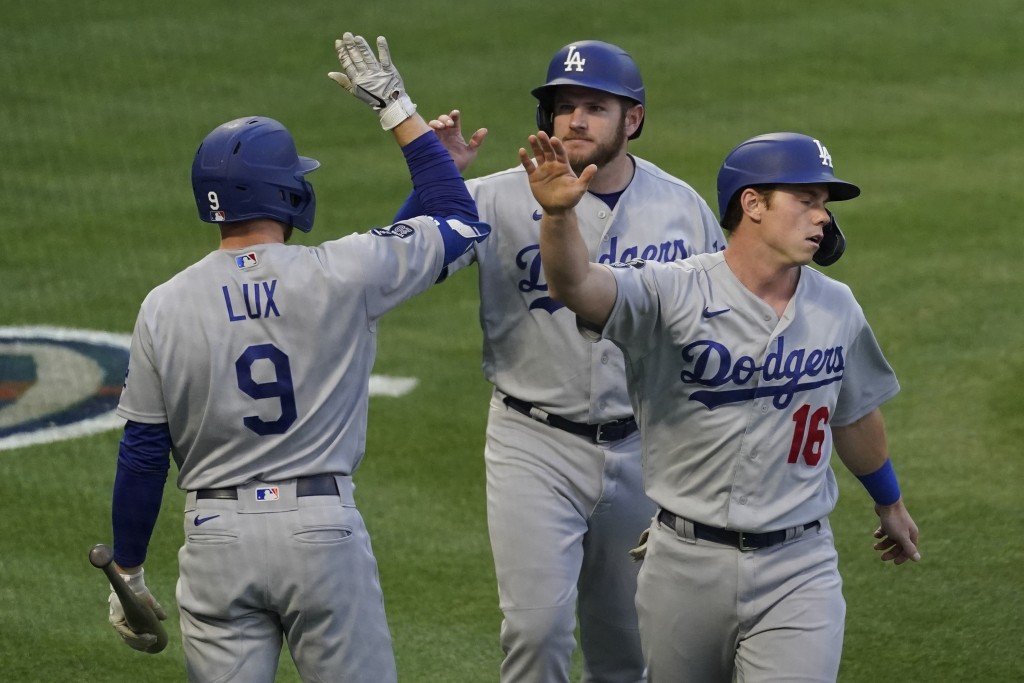 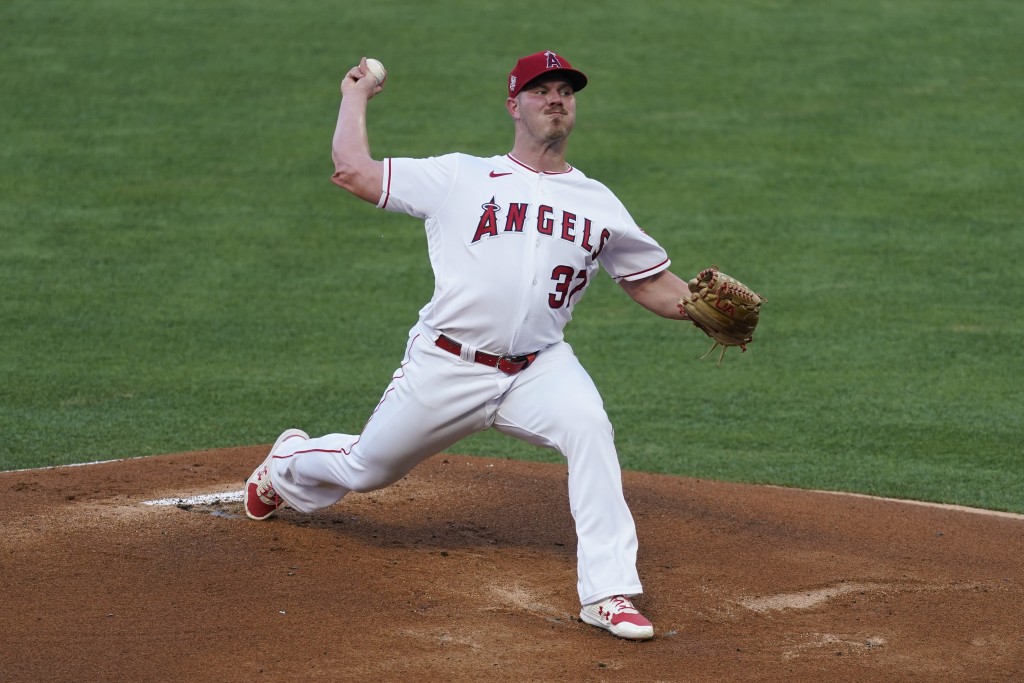 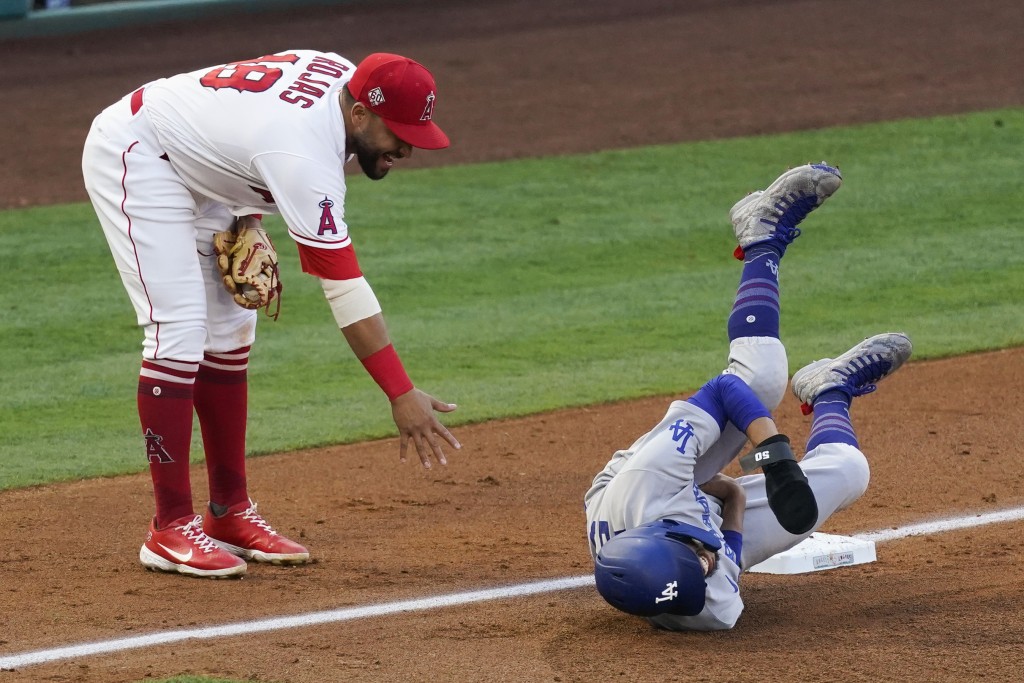 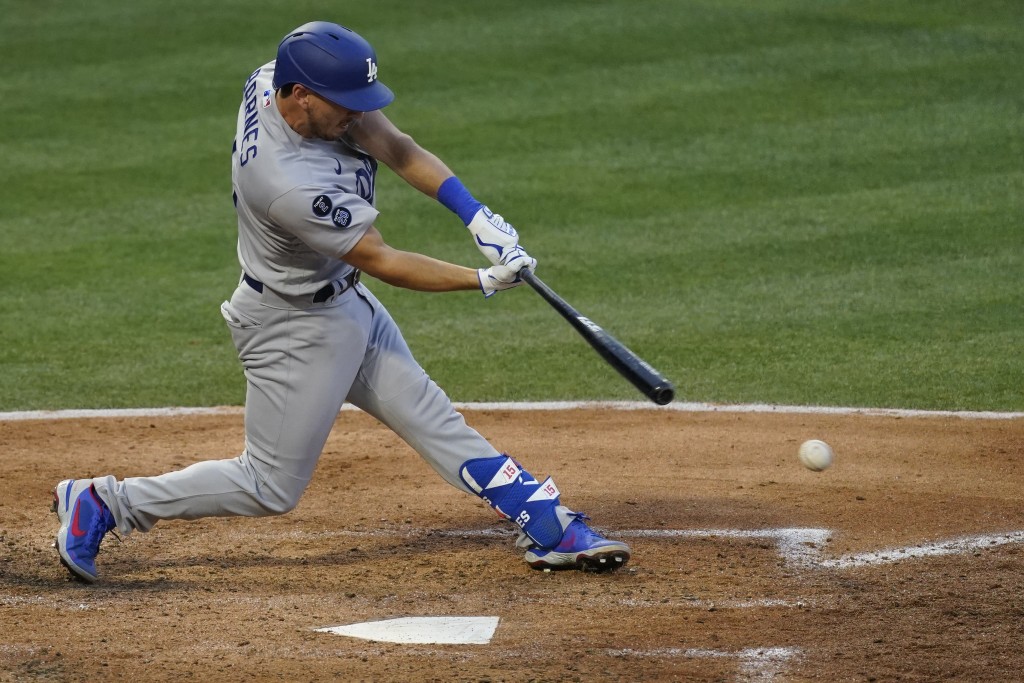 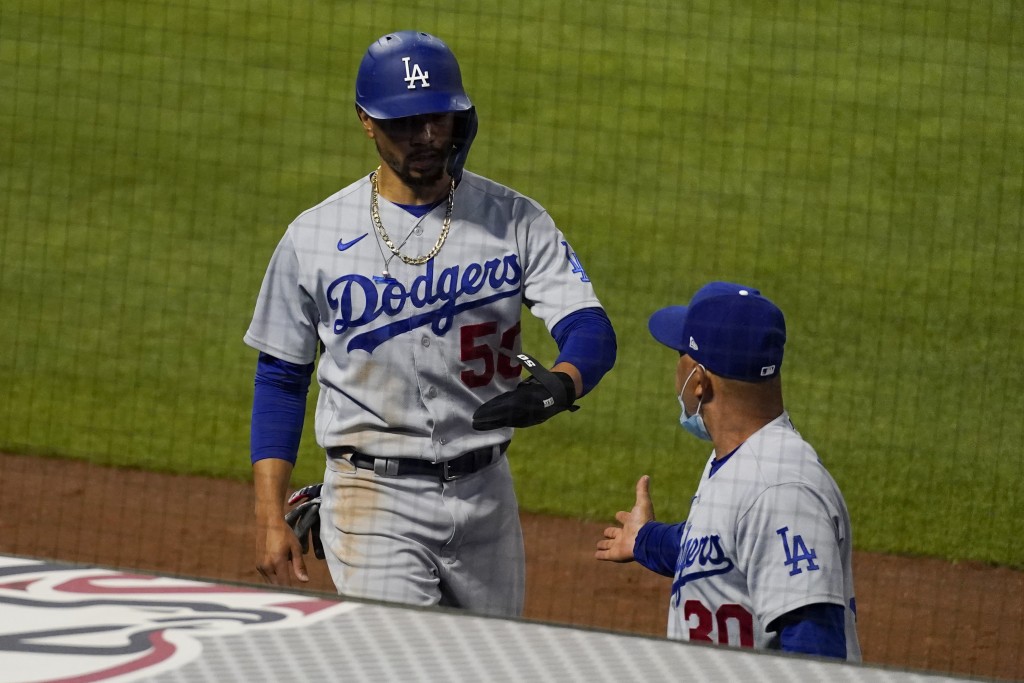 ANAHEIM, Calif. (AP) — Mookie Betts drove in a season-high four runs, and the Los Angeles Dodgers blew most of a 13-run lead before holding on for a 14-11 victory over the Los Angeles Angels on Saturday night, snapping their four-game losing streak in hair-raising fashion.

Clayton Kershaw (5-3) pitched five innings of two-hit ball on three days’ rest for the defending World Series champions, who emerged from a three-week funk for just their fifth win in 19 games.

The highest-scoring game in Freeway Series history got that way in bizarre circumstances. After neither team managed a hit in the first three innings, the Dodgers went up 13-0 in the next two innings, only to watch their bullpen surrender 11 runs to the Angels in the following two innings.

The Halos scored seven unearned runs in a two-out rally in the seventh, caped by Jose Rojas' first career homer. The dramatic three-run shot — the only homer in a 25-run game — trimmed the lead to three runs, but the Dodgers' beleaguered bullpen then retired the Angels' final seven batters.

Jared Walsh had a two-run single in a four-run sixth for the Halos, who took their sixth loss in seven games.

The Southern California rivals had never scored more than 19 combined runs in the previous 131 editions of this series, which the Angels lead 71-61.

Corey Seager had three of the Dodgers' 17 hits as they avenged a blowout loss to the Angels on Friday night and evened the rivalry series with their seventh win over the Halos in eight meetings over the past two seasons.

Victor Gonzalez pitched a 1-2-3 eighth, and Blake Treinen threw a perfect ninth for his first save.

The Dodgers scored 13 runs in two innings with just two extra-base hits, including Matt Beaty's two-run double during their eight-run fourth. Betts and Will Smith then delivered two-run singles in the fifth.

All nine Dodgers starters scored for the first time since October 2019. After going 3 for 36 with runners in scoring position during their four-game skid, the Dodgers got hits in seven of their first nine opportunities in the fourth inning alone.

The Dodgers chased Dylan Bundy (0-4) in the fourth with a spree of soft hits leading to six runs.

Kershaw hadn’t pitched on three days’ rest since the 2016 playoffs, but he stepped up to help out the Dodgers’ injury-plagued rotation after he lasted just one inning against the Cubs last Tuesday in the shortest start of his career.

Kershaw visibly didn't want to come out after five innings, and the Dodgers' bullpen justified his concern.

Dodgers outfielder DJ Peters got his first major league hit with a double in the seventh when Jon Jay barely missed a sliding catch down the left field line.

Angels manager Joe Maddon then was ejected for the 57th time in his career for arguing the ball should have been ruled foul by the umpires, who didn't change their call after video review. Maddon passed Sparky Anderson and tied Dick Williams for the 16th-most ejections by a manager in baseball history.

Dodgers: Recalled Peters and optioned RHP Edwin Uceta to cover for OF AJ Pollock, who strained his hamstring Friday.

Angels: RHP Alex Cobb went on the injured list with a blister. He was scheduled to start Monday. They didn't immediately replace him on the roster.