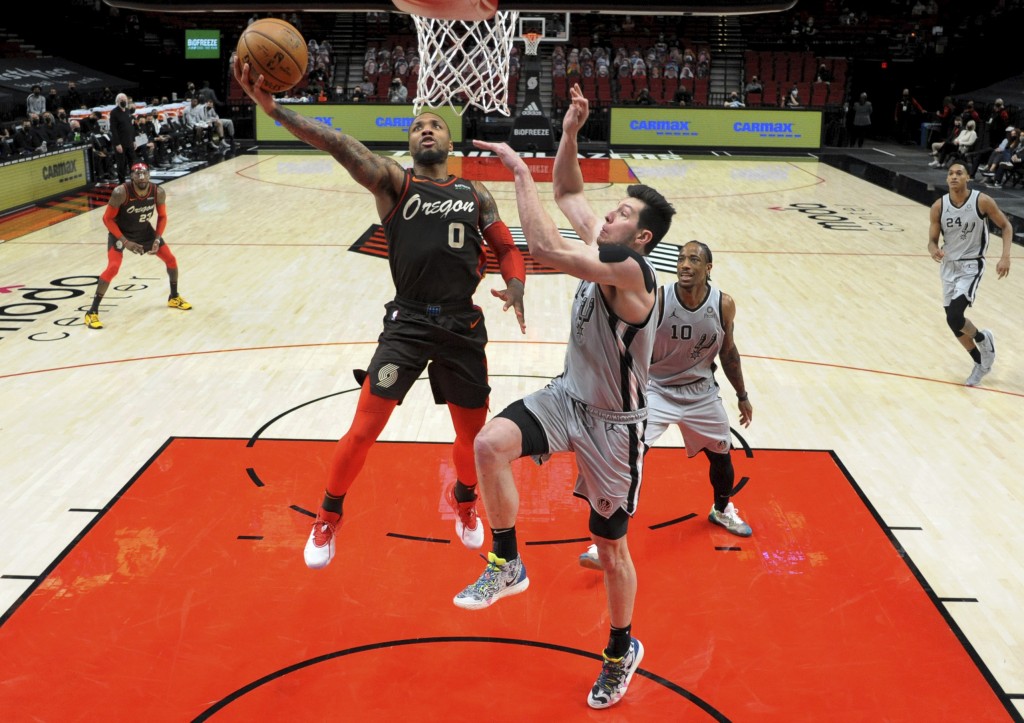 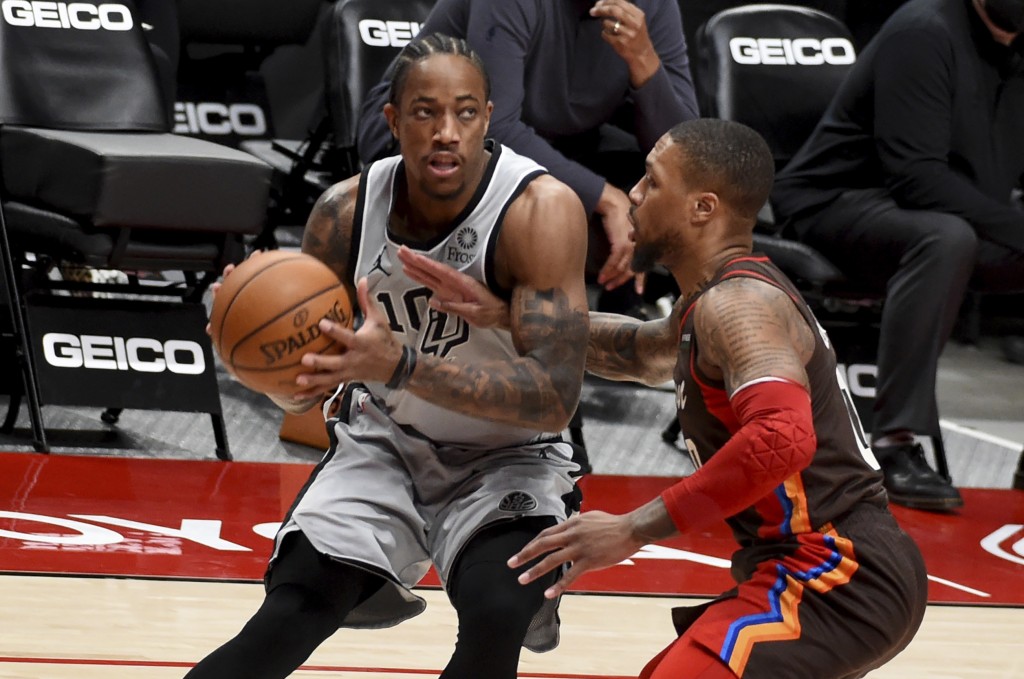 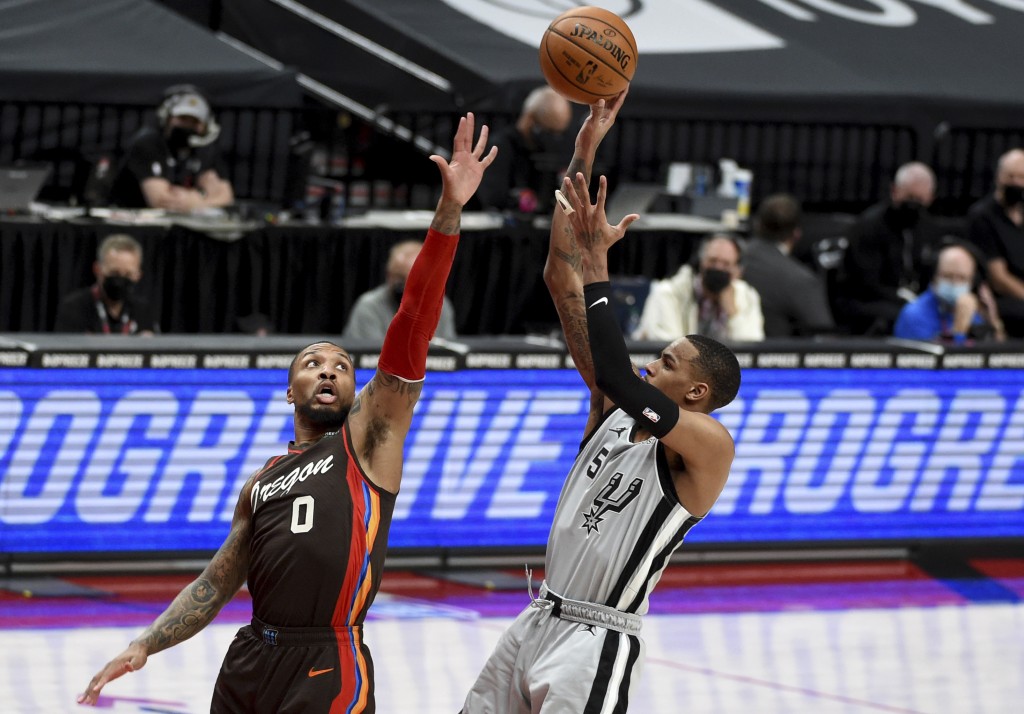 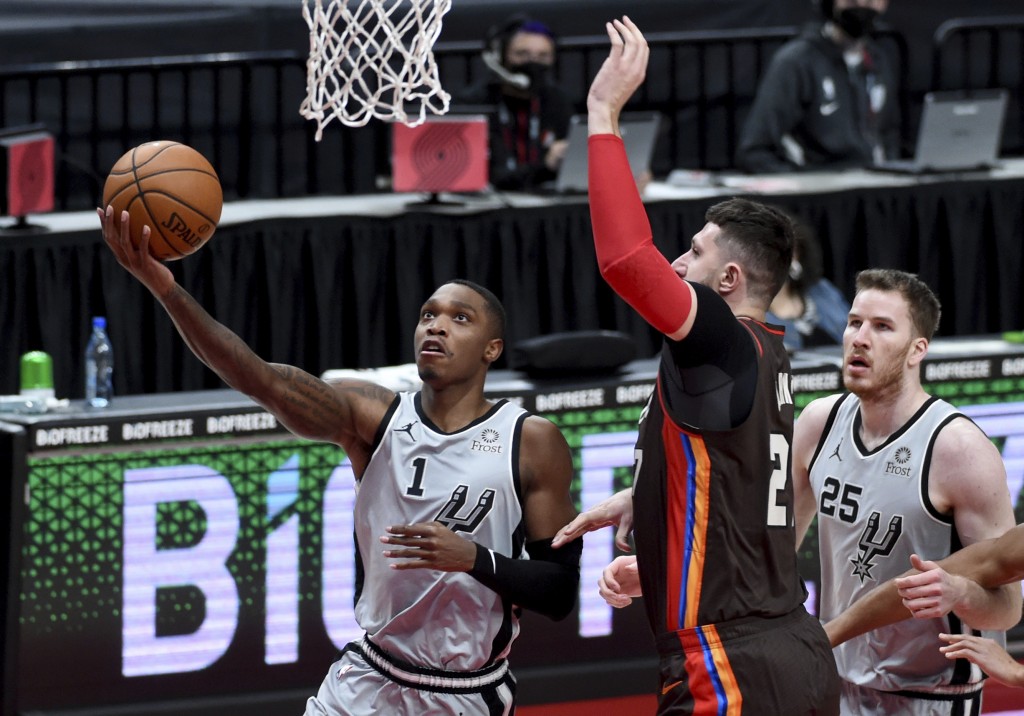 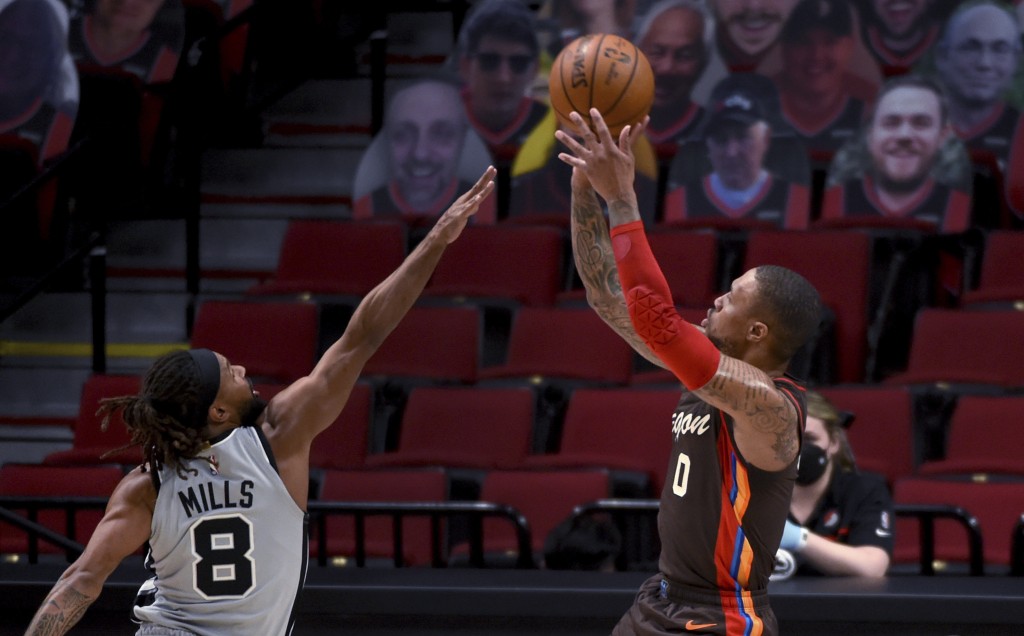 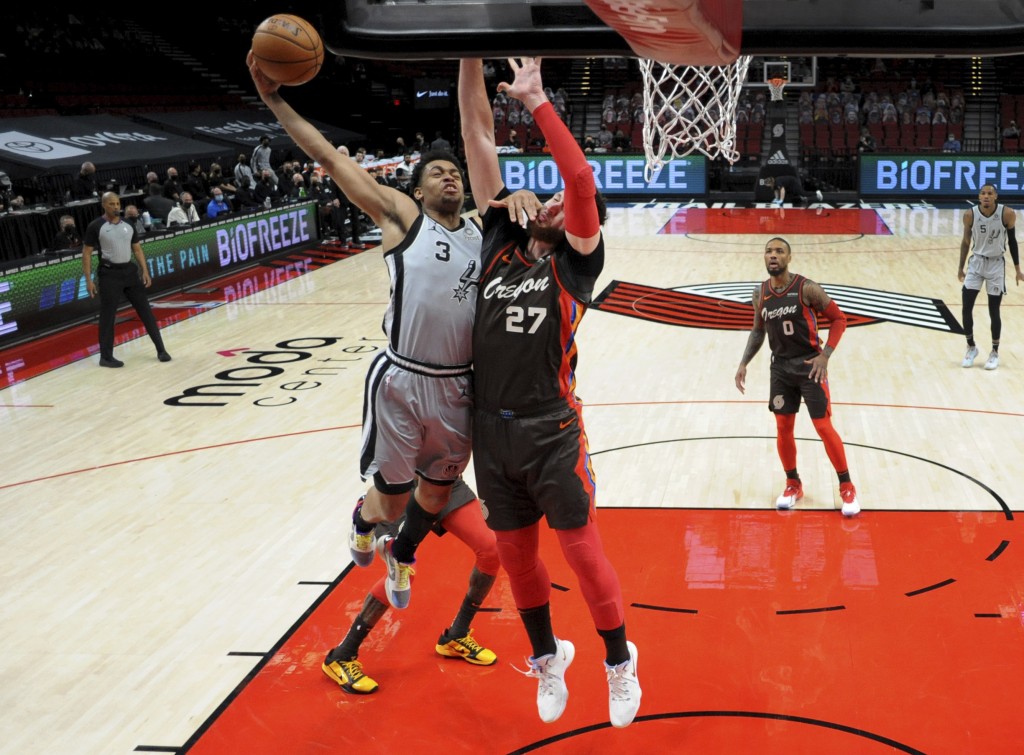 CJ McCollum added 27 points and Jusuf Nurkic had 17 points and nine rebounds for Portland, which has won seven of eight.

DeMar DeRozan finished with 20 points and Lonnie Walker added 18 for the Spurs.

Lillard hit a 3-pointer that gave the Blazers a 90-75 lead going into the fourth quarter and Portland led by as many as 26 points in the period. Neither Lillard nor Nurkic played in the fourth.

Both teams were playing the second of back-to-backs. Portland solidified its hold on sixth place in the Western Conference with a 106-101 victory Friday night over the Lakers, which gave the Blazers the tiebreaker against their foe.

The Blazers moved within one-half game of fifth-place Dallas in the West. The top six teams avoid the NBA's new play-in tournament. San Antonio has lost six of seven but is 10th in the West, two games ahead of New Orleans for the final play-in spot.

Portland was without Carmelo Anthony, who has a right ankle sprain. The 10-time All-Star, who is averaging 13.5 points off the bench for the Blazers, hadn't missed a game this season.

IMcCollum's 3-pointer gave the Blazers a 36-34 lead midway through the second quarter. He added another 3 after Enes Kanter's layup.

Lillard's 3-pointer stretched the lead to 52-43 and he finished the opening half with 21 points. Portland led 57-47 at the break.

Spurs: Dropped two of three games against the Blazers this season.

Trail Blazers: Hosted fans at the Moda Center for the second time. The team can bring in about 10% of capacity, roughly 1,900 people. ... Coach Terry Stotts won his 399th game with the Blazers.

Lillard has scored 30 or more points in five straight games. He ranks third in the league with 32 30-point or better games.