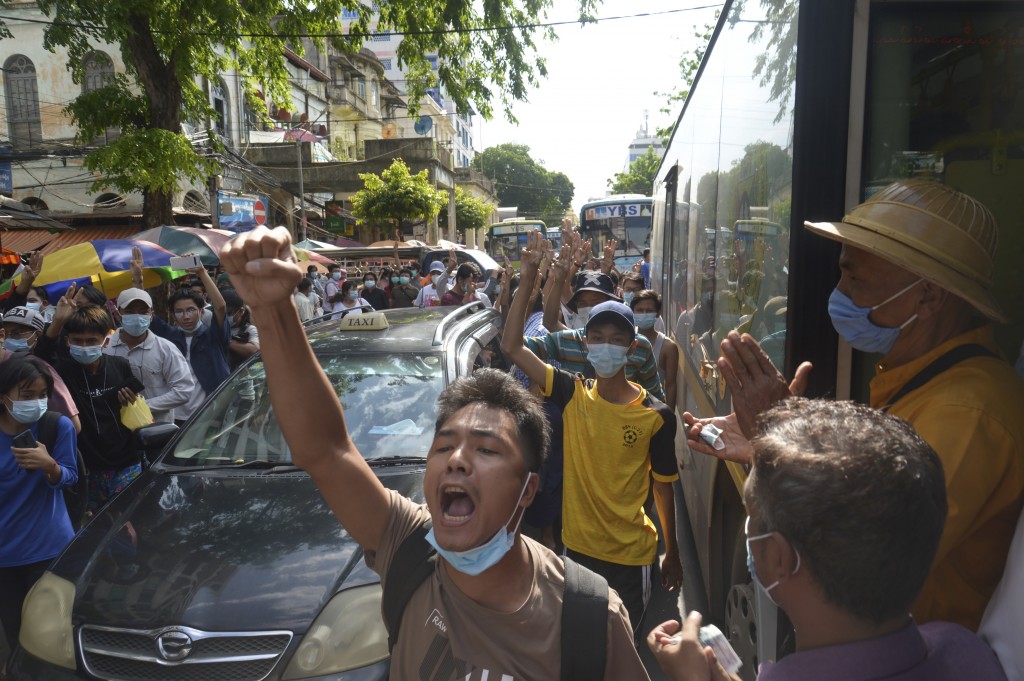 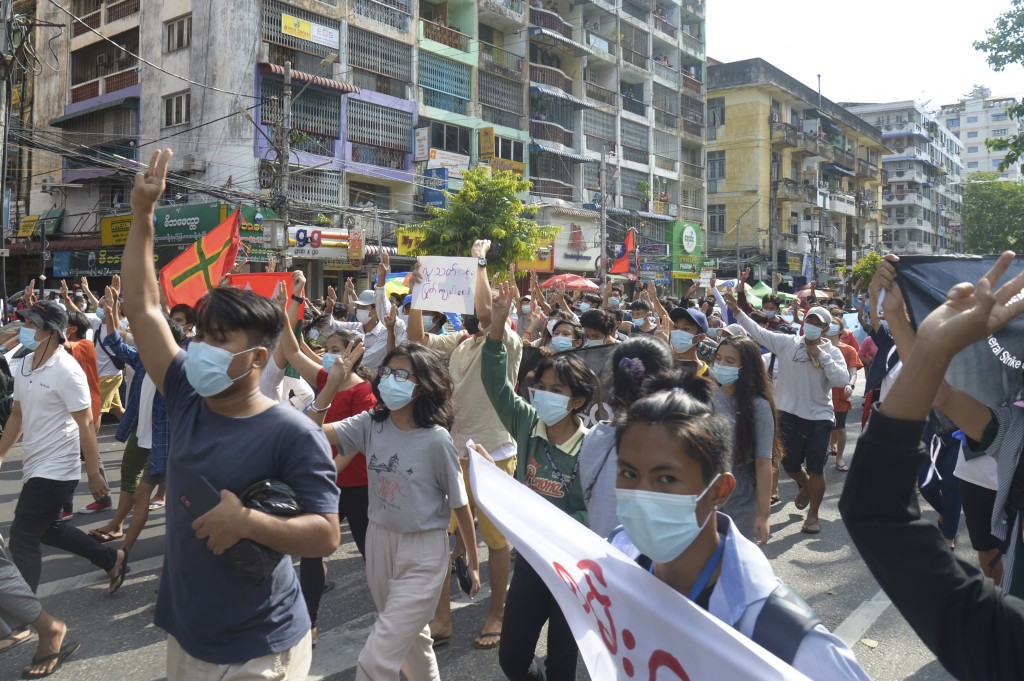 BANGKOK (AP) — Myanmar's junta has labeled a shadow government of lawmakers and politicians ousted in a February coup and a people's defense force that is being set up to confront security forces as terrorist groups.

The government of national unity was established by elected legislators who were barred from taking their seats when the military seized power and detained civilian leader Aung San Suu Kyi and others.

The junta has previously accused them of treason, and the announcement on state TV Saturday said they were being branded terrorists because of their participation in a civil disobedience movement — a popular revolt against the military takeover that has seen people taking to the streets daily despite the lethal use of force by authorities.

More than 700 protesters and bystanders have been killed by security forces since the Feb. 1 coup, according to several detailed estimates. The junta has said the death toll is about one-third of that, and that the use of lethal force was justified to end what it called rioting.

Last week, the shadow government announced the formation of “People’s Defense Force,” which would serve as a precursor to a “Federal Union Army” of democratic forces including ethnic minorities.

The National Unity Government has the backing of several major ethnic minority groups who for decades have been seeking greater autonomy and who maintain their own guerrilla forces. The two most important are the Kachin in the north and the Karen in the east, both of which are actively engaged in combat with the government’s military forces.

Since the coup and crackdown on opponents, students and factory workers have fled to territory controlled by the ethnic guerrilla forces to take military training.