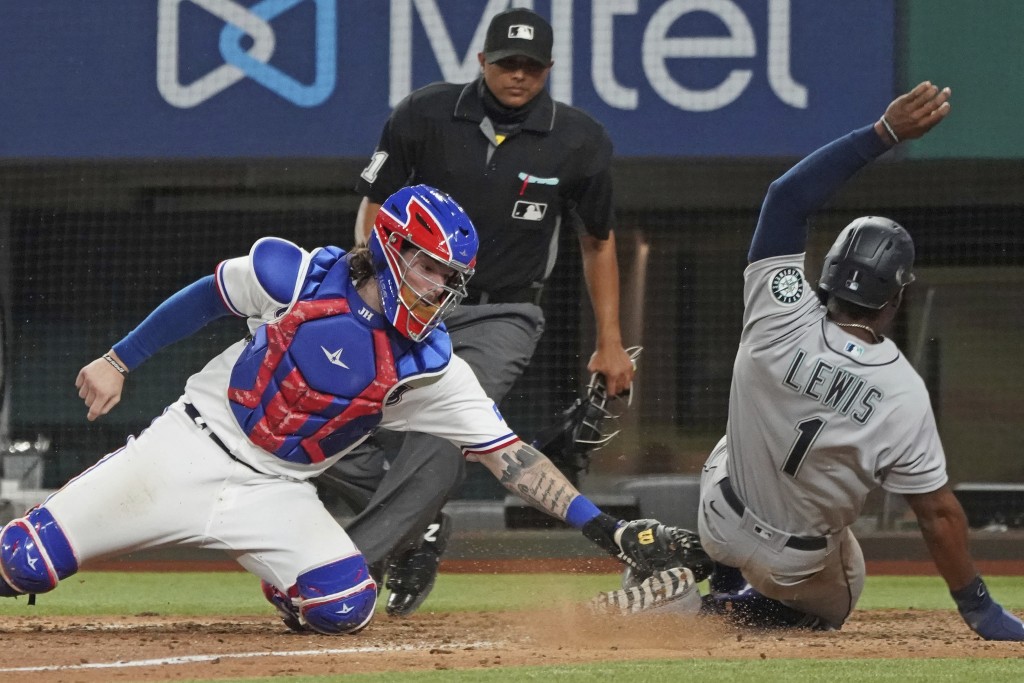 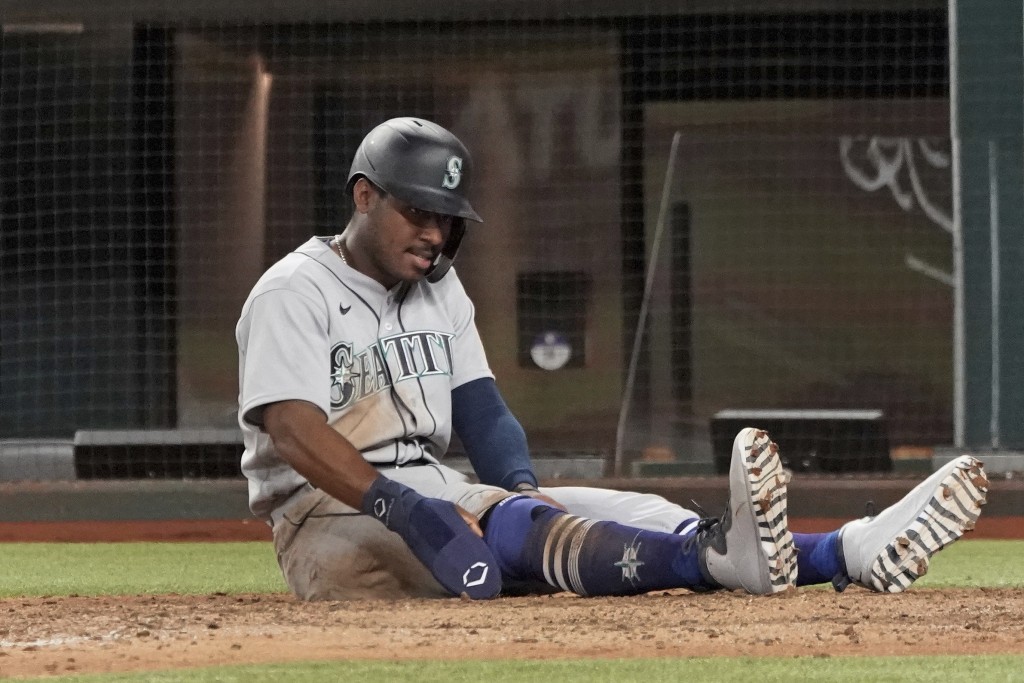 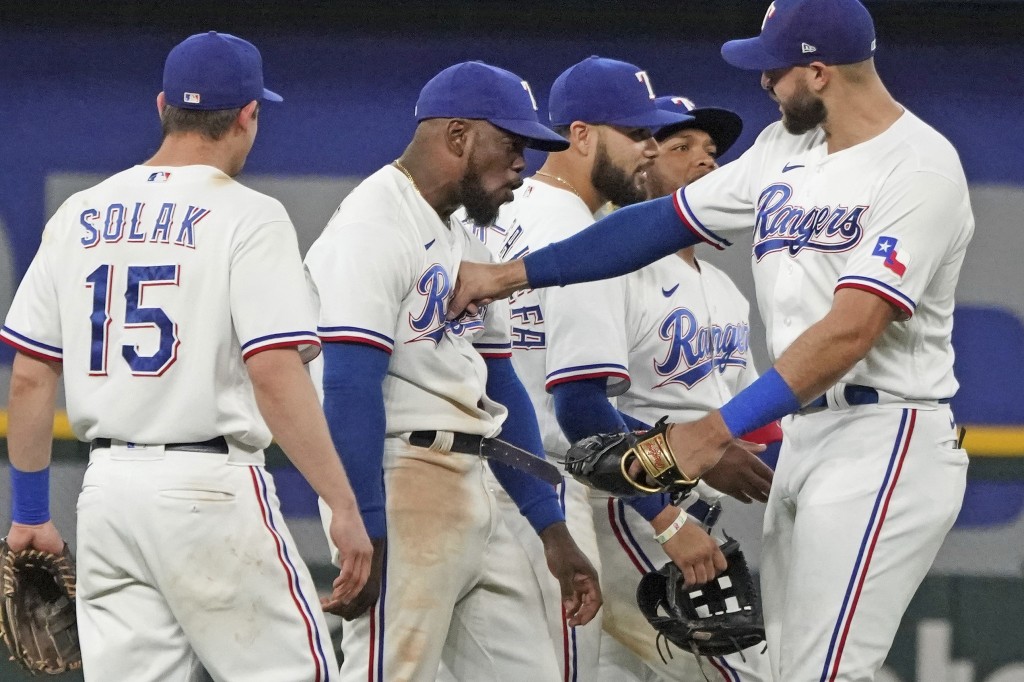 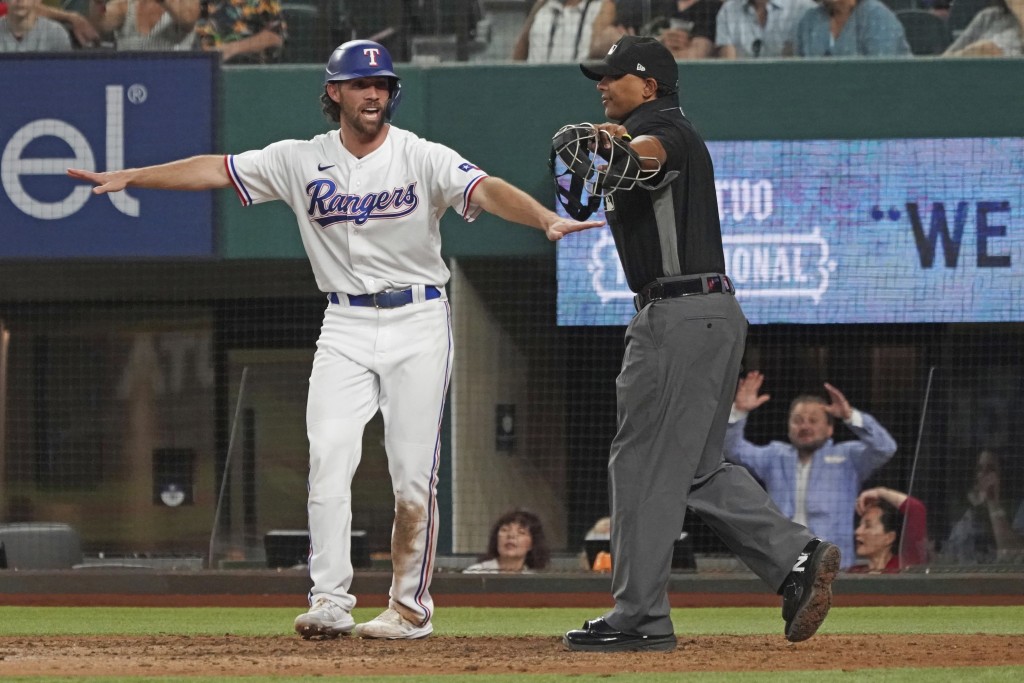 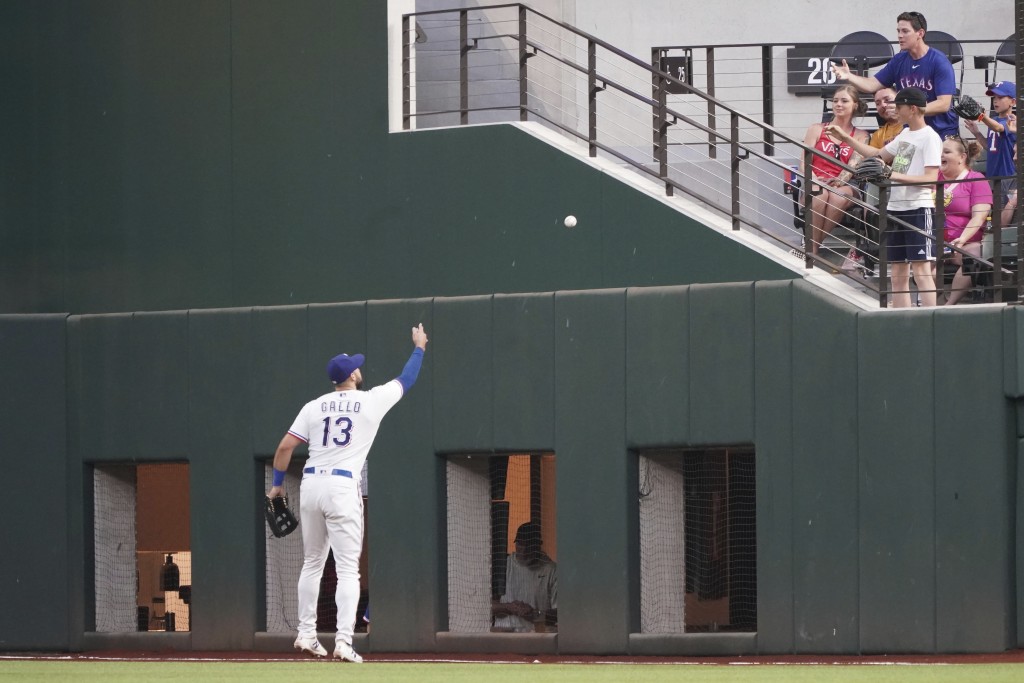 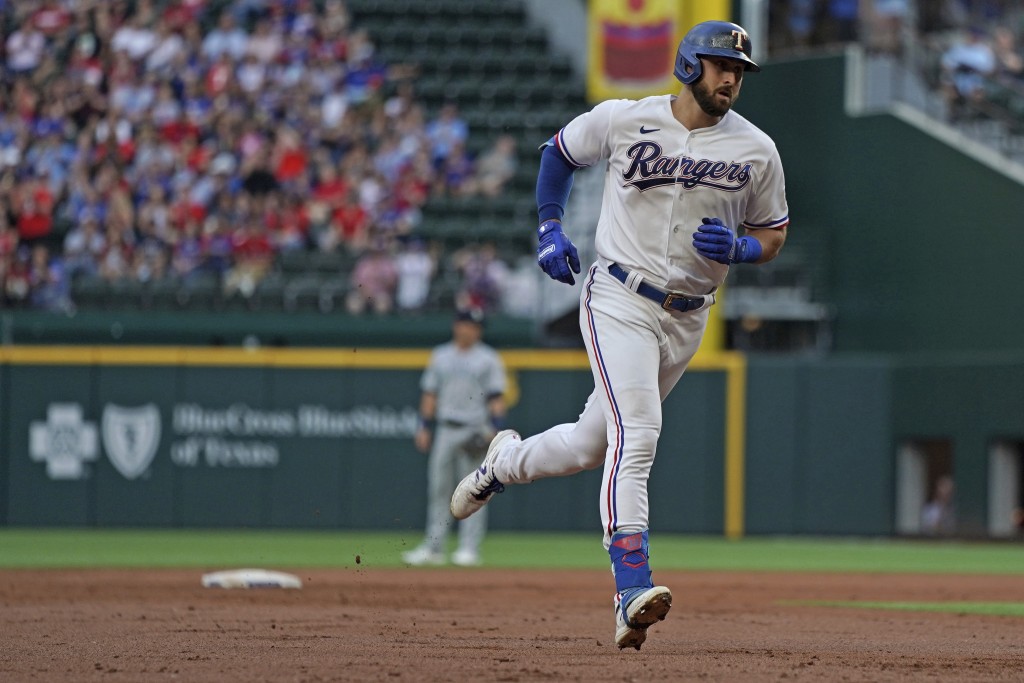 ARLINGTON, Texas (AP) — Rangers rookie center fielder Adolis Garcia threw out Kyle Lewis at the plate on a wild, scrambly play for the final out, and Texas held off the Seattle Mariners 9-8 Saturday night.

Trailing 9-7 with two outs in the ninth inning, the Mariners had Lewis at first base and Mitch Haniger at third when J.P. Crawford blooped a single between three Rangers in left-center field.

Haniger easily scored and when the ball ricocheted off Garcia, Lewis raced toward to the plate. Garcia recovered and threw to catcher Jonah Heim, who made the game-ending tag.

Both teams had leadoff homers in the eighth, with Luis Torrens putting the Mariners up 7-6. Garcia started the bottom half of the inning against reliever Anthony Misiewicz (2-2) with a shot to straightaway center, his eighth homer this year being his first at home.

Khris Davis then made his Rangers debut with a pinch-hit single after coming off the injured list earlier in the day, and scored on Heim's double.

With runners on second and third, Crawford fielded a grounder to shortstop and threw home in plenty of time to get Charlie Culberson. But Torrens never tagged him — it wasn't a force play, and the run scored to make it 9-7.

Davis and Heim were both acquired by Texas in the February deal that sent longtime Rangers shortstop Elvis Andrus to Oakland.

John King (4-1), the third Texas pitcher, threw 1 1/3 innings before Ian Kennedy got his AL-leading 10th save in as many chances.

Evan White ended his 0-for-27 slump with a two-run homer and later added an RBI double for the Mariners, who blew an early 4-0 lead and had their eight-game winning streak against the AL West rivals snapped.

Seattle had opened the series with a 5-4 victory Friday night, its eighth win in a row against Texas, going back to last season. That matched the Mariners' longest winning streak in the series set May 3, 1995, in a game featuring three future Hall of Fame players — Ken Griffey Jr. and Edgar Martinez for Seattle, and Ivan Rodriguez for the Rangers.

Isiah Kiner-Falefa drove in three runs, including a two-run single in the sixth that put Texas up 6-5. Kyle Seager's solo homer in the seventh.

Seattle led 4-0 in the second against Rangers starter Kohei Arihara after Dylan Moore’s leadoff bunt single was followed by White’s second homer of the season. Two innings later, Moore and White had back-to-back doubles for a 5-3 lead against Arihara, who didn’t make it through that inning.

Gallo hit an opposite-field shot leading off the second, and his two-run homer in the fourth got the Rangers within 5-3. He has six homers this season, four coming in the last six games.

It was Gallo's ninth career multihomer game but first in their new ballpark that opened last season.

Mariners: RHP Ljay Newsome suddenly exited the game after 0-1 pitch to Andy Ibañez with two outs in the fourth. A trainer visited the mound and the team later said Newsom left because of right elbow inflammation. Newsome gave up three runs on four hits when following opener Erik Swanson.

Rangers: Davis had opened the season on the injured list because of a left quad strain suffered in a spring training game March 23. To make room on the roster, OF Eli White (.127 batting average in 20 games) was optioned to Triple-A Round Rock.