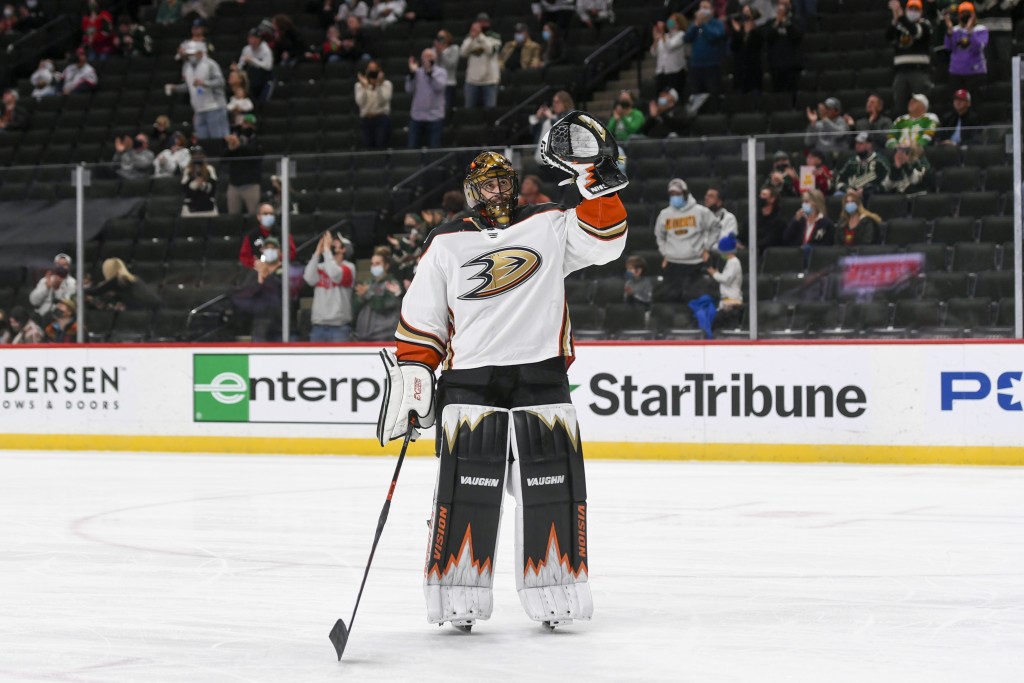 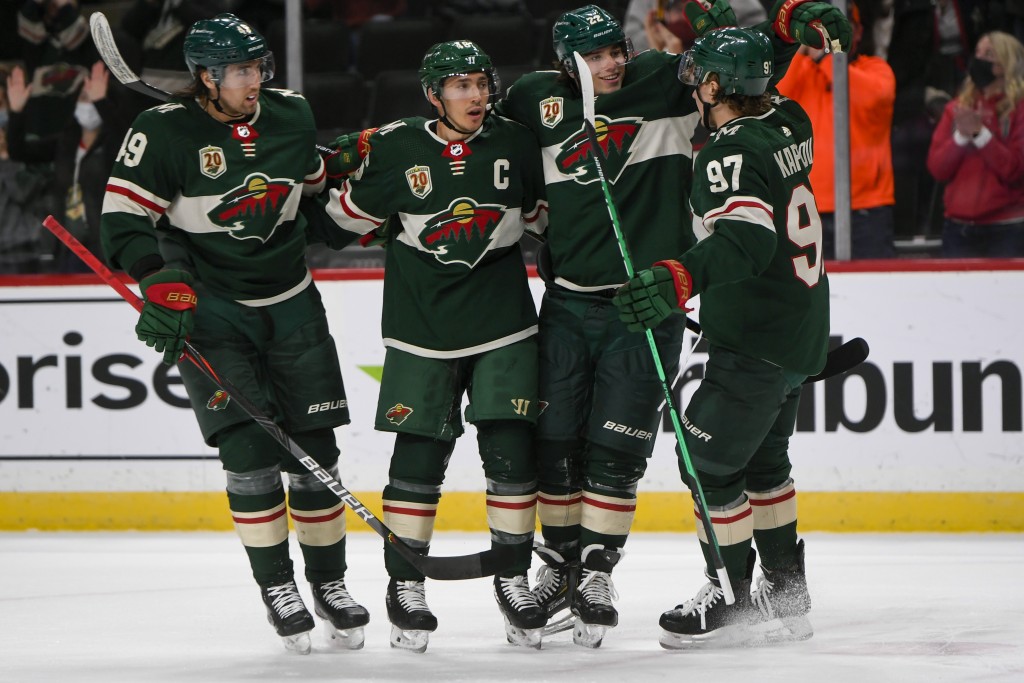 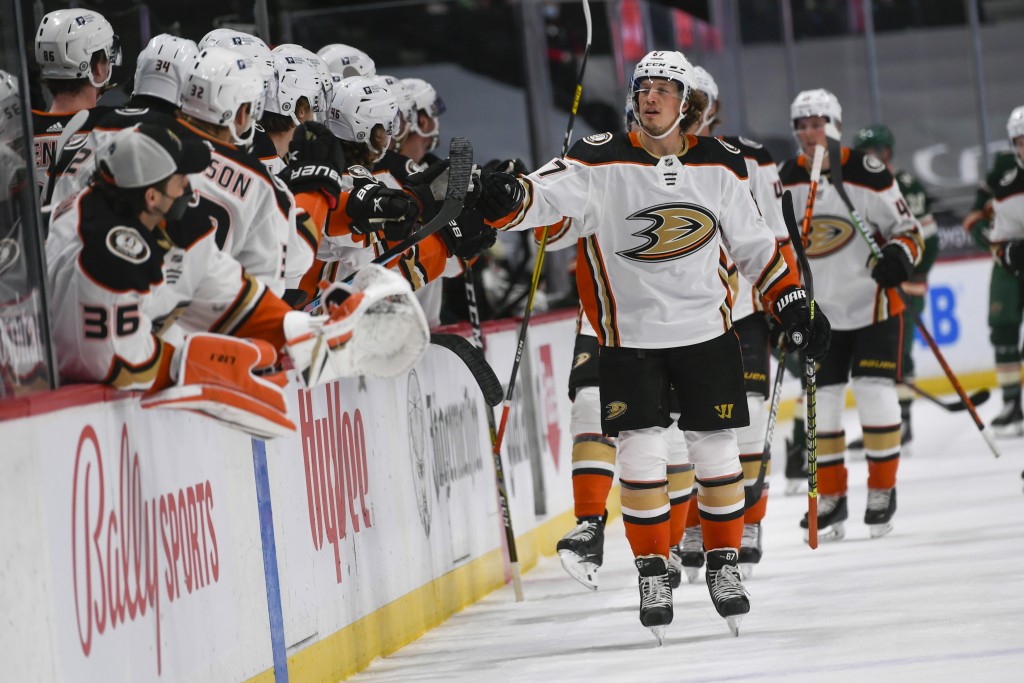 Minnesota, which began the day a point behind Colorado for second place in the West Division and home-ice advantage for the opening playoff round, is 21-5-2 at Xcel Energy Center this season, including 19-2-2 since Jan. 31.

Rask took a pass from Matt Dumba and hammered a shot past Ryan Miller from the left circle.

Miller concluded his stellar 18-season career by making 21 saves for Anaheim, which finished 17-30-9 and missed the playoffs for the third straight season.

Rickard Rakell, Trevor Zegras and Max Comtois scored, the latter on a slap shot with 25.5 seconds left in regulation.

Kaprizov, the favorite to be named the league’s top rookie, has 24 assists among his team-leading 51 points. He has 11 goals and five assists in his last 12 games.

His second helper of the night was a saucer pass to Hartman for an easy redirect for a 2-1 lead.

Bonino took a feed from Nico Strum to score less than a minute later.

Zegras scored early in the third period to get the Ducks within 3-2 and was robbed by a sprawling save by Talbot a few minutes later.

Anaheim did not score during its lone power play. Its 8.9% success rate this season is the worst in modern-era league history. Tampa Bay had a 9.4% power-play percentage in 1997-98.

Miller received handshakes from all Ducks and Wild players after the game, his 796th and final one. He also received a standing ovation following a tribute video played during the first period. Miller countered with a wave and stick salute.

Finishing with a career record of 391-290-1 playing for Buffalo, St. Louis, Vancouver and Anaheim, Miller is the all-time leader among American-born goaltenders in wins, second in shutouts (44) and games played (795) and is one of six goalies in league history to win 30 games in seven straight seasons (2006-12).

Miller won the Vezina Trophy in 2009-10 with Buffalo, going 41-18-8 with .929 save percentage and a 2.22 goals-against average. He also backstopped the United States to a silver medal at the 2010 Vancouver Olympics that season and was named the tournament’s MVP.

Wild LW Zach Parise was a healthy scratch for the second straight game and third time since April 5. “It’s numbers, and we have to make a decision. It’s a tough call, obviously, but you’ve got to make that decision,” said coach Dean Evason.

In the ninth season of a 13-year, $98 million deal, Parise has seven goals and 11 assists in 44 games, but zero of either in nine straight games as his playing time has steadily decreased.