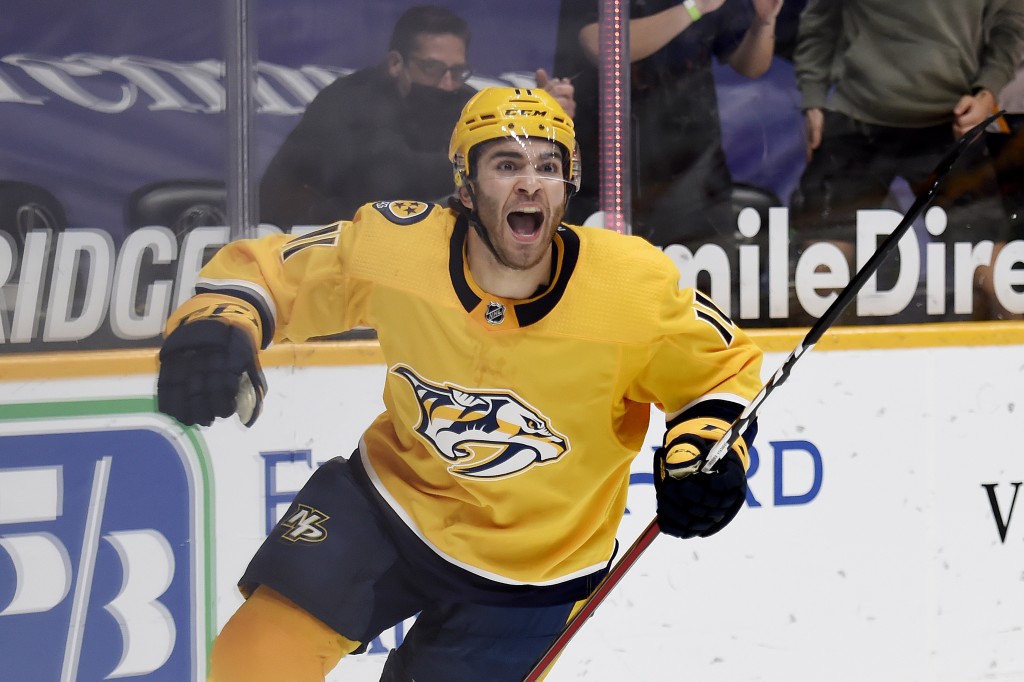 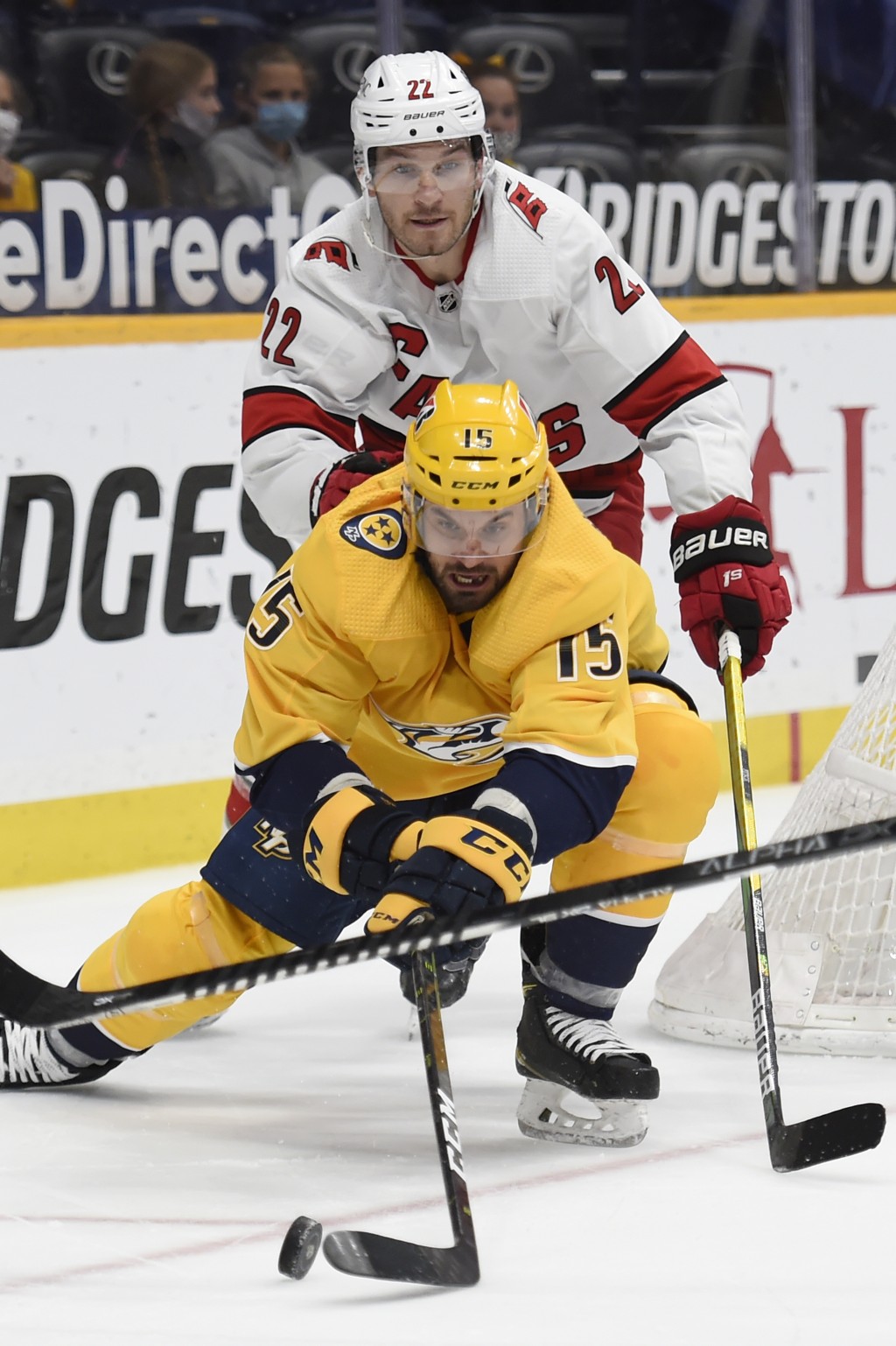 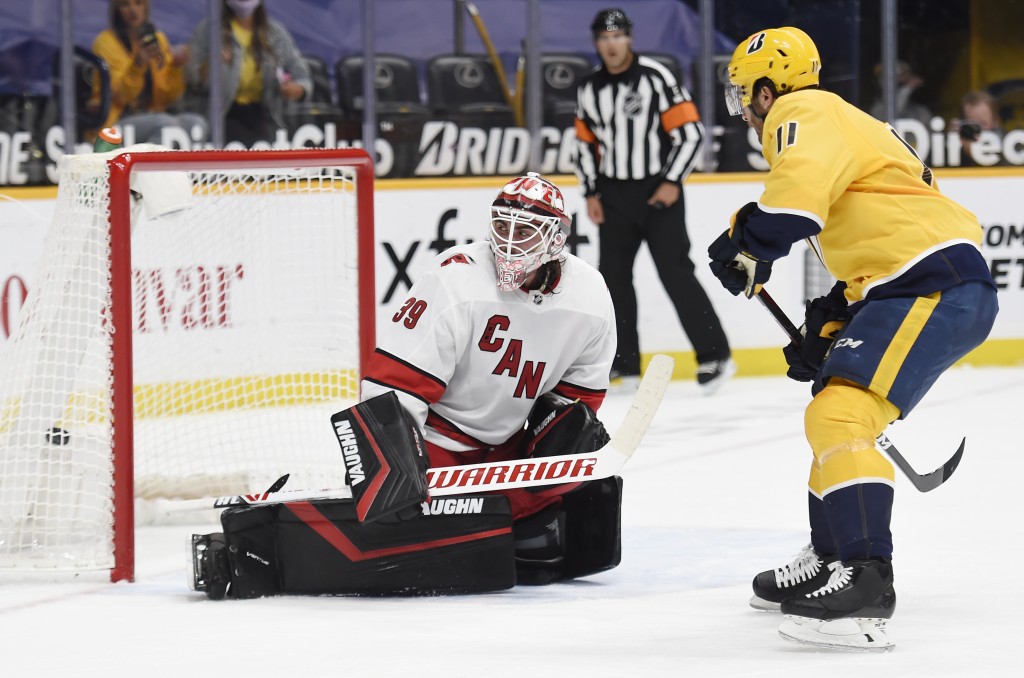 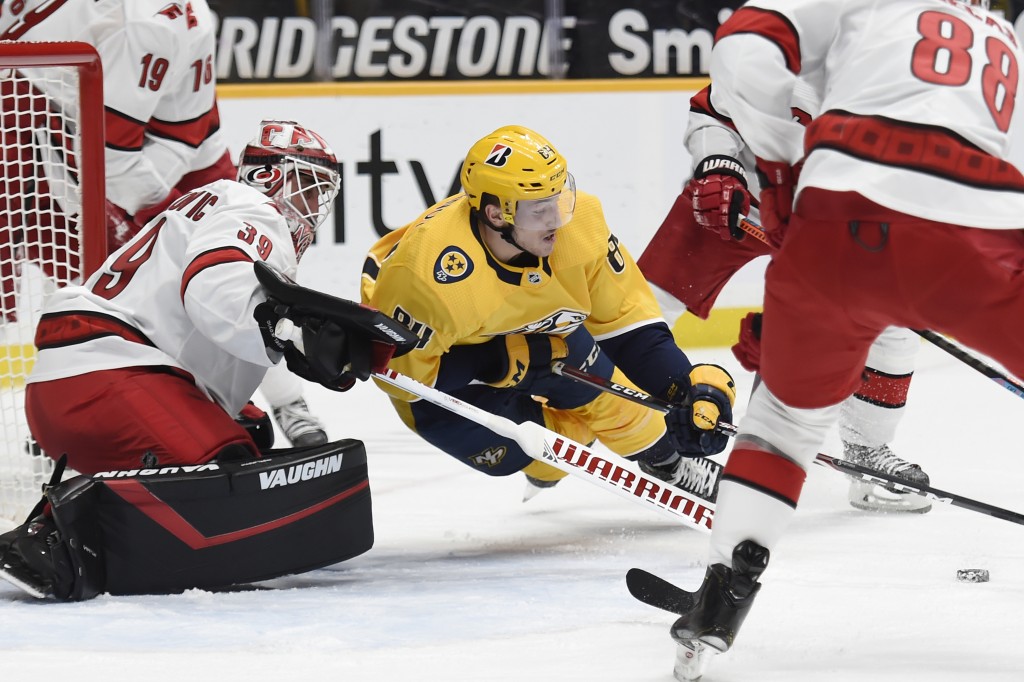 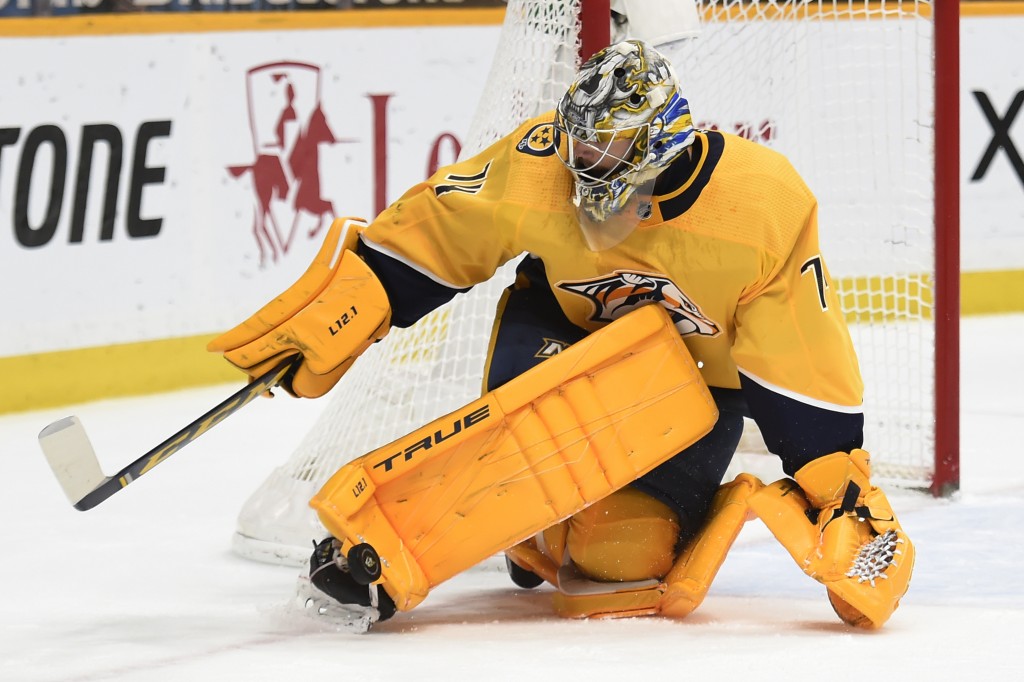 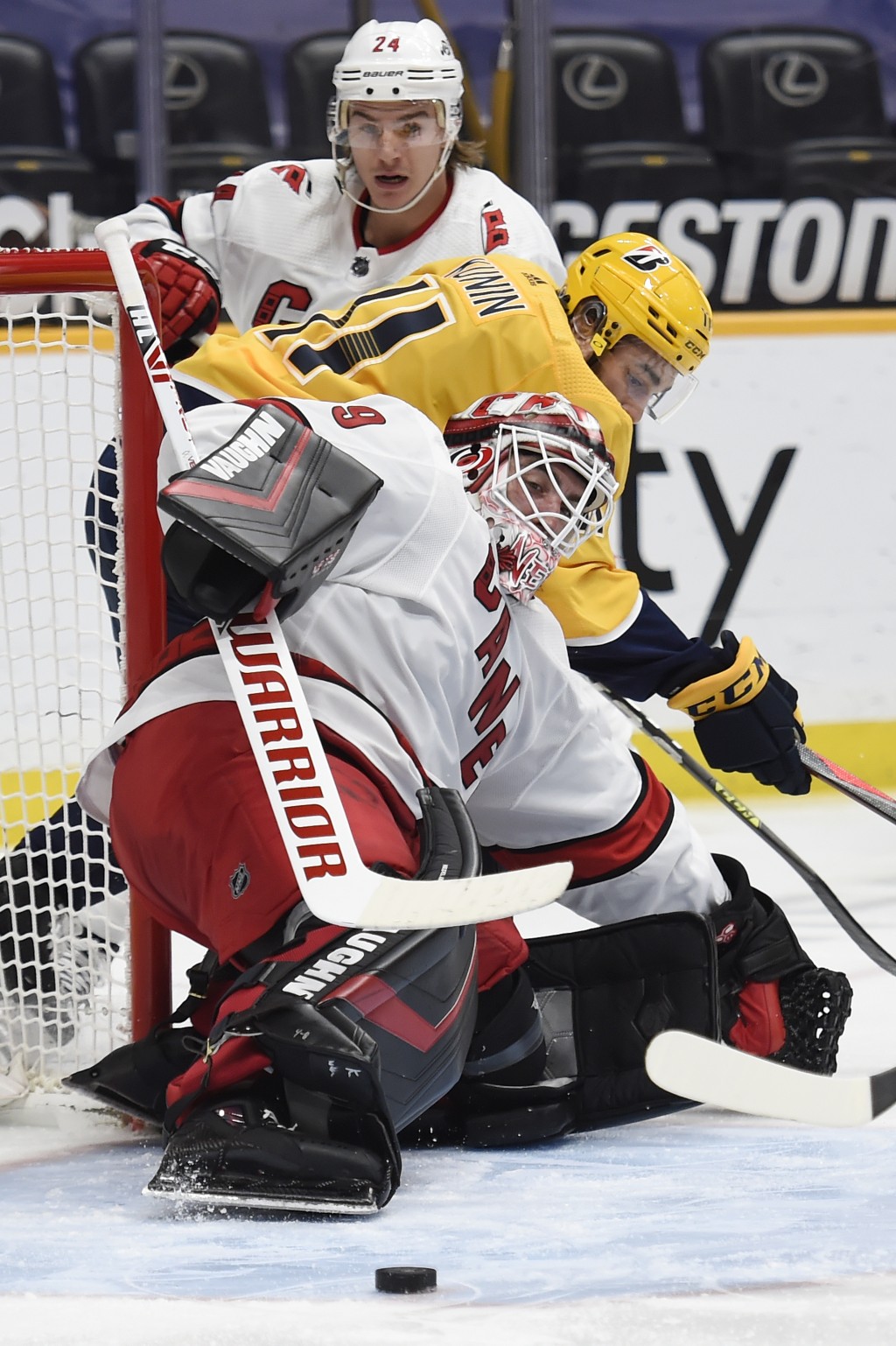 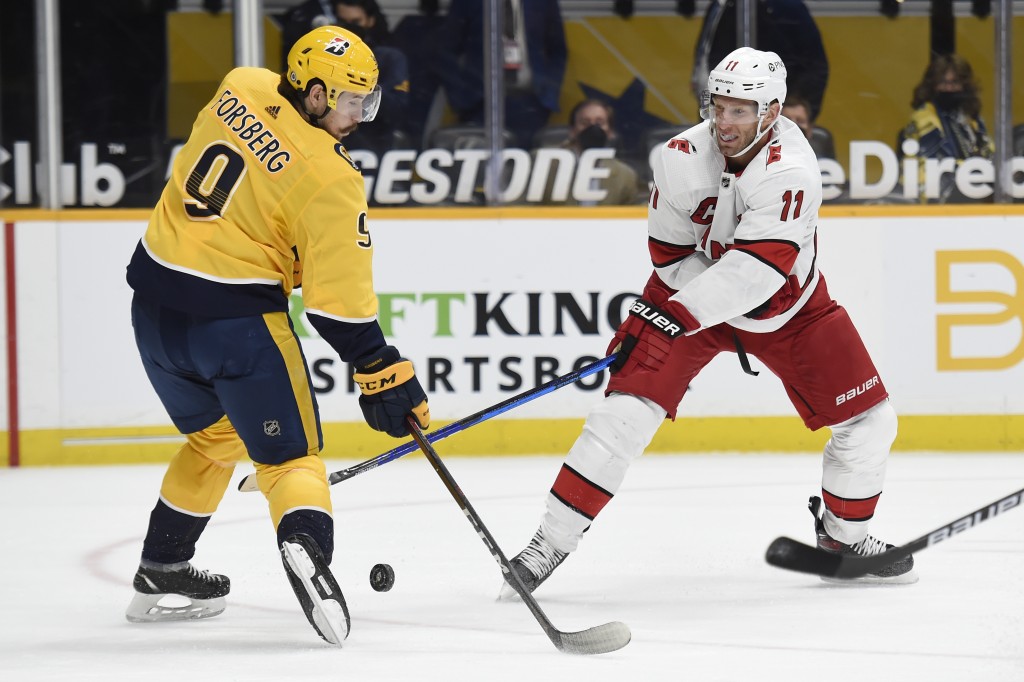 Erik Haula also scored and Mikael Granlund had two assists for Nashville, which has won three of four.

Morgan Geekie scored and Alex Nedeljkovic made 27 saves for Carolina, which lost its first game in regulation since April 12.

With Carolina already having locked up the top spot in the Central, the Hurricanes and Predators will meet in the opening round of the playoffs.

Kunin scored the game’s first goal at 12:27 of the second period. From just inside the Carolina blue line, Granlund lifted a backhand pass to Kunin skating through the high slot. He continued in alone on Nedeljkovic and scored on a backhand on the stick side.

Kunin scored his second at 7:41 of the third with a wrist shot high to the glove side.

Geekie ended Saros’ shutout bid at 9:07 of the third with a wrist shot from close range. Late in the second, Saros denied Geekie’s shot from the slot at the end of a 3-on-1 Carolina rush.

Saros’ best save came with just under 6 minutes remaining in the first, when he denied Jordan Staal’s wrist shot from the low slot, going left to right and swatting away the shot with his blocker.

Haula secured the victory and playoff berth with an empty-net goal with 1:03 remaining in the third.

Entering Saturday, the Hurricanes had earned at least one standings point in the last 13 games, going 9-0-4 over that span, equaling a franchise record.

Hurricanes defenseman Jaccob Slavin played 7:13 of the first period but did not return to the game after the first intermission. The team announced that he would not return due to a lower-body injury.

Saros started his 13th consecutive game in goal for the Predators.

The teams conclude the regular season Monday night with a rematch at Bridgestone Arena.