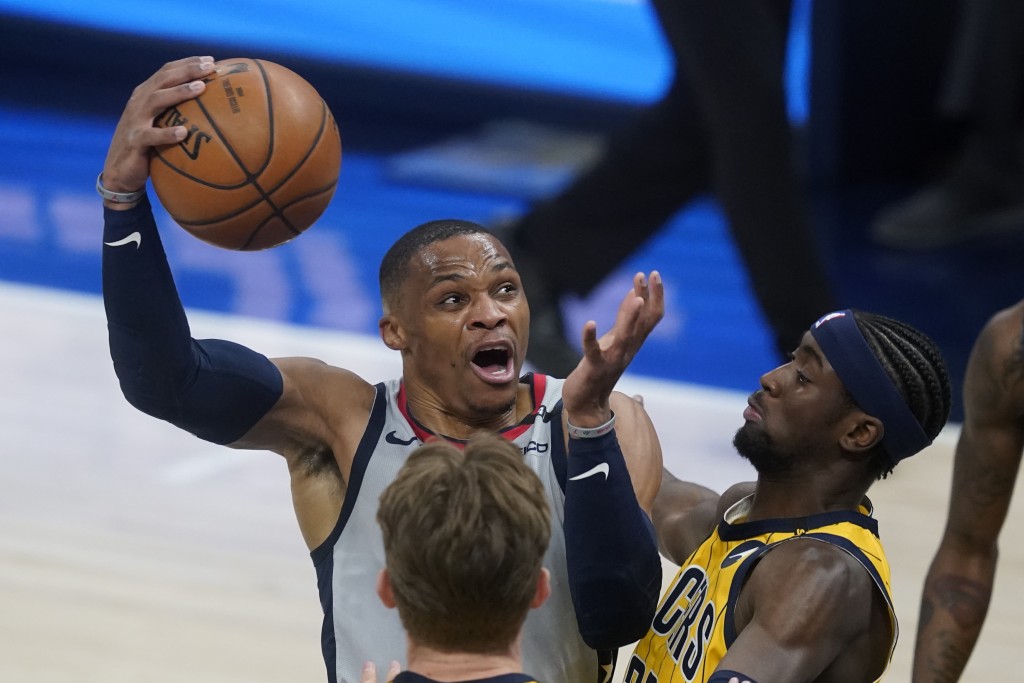 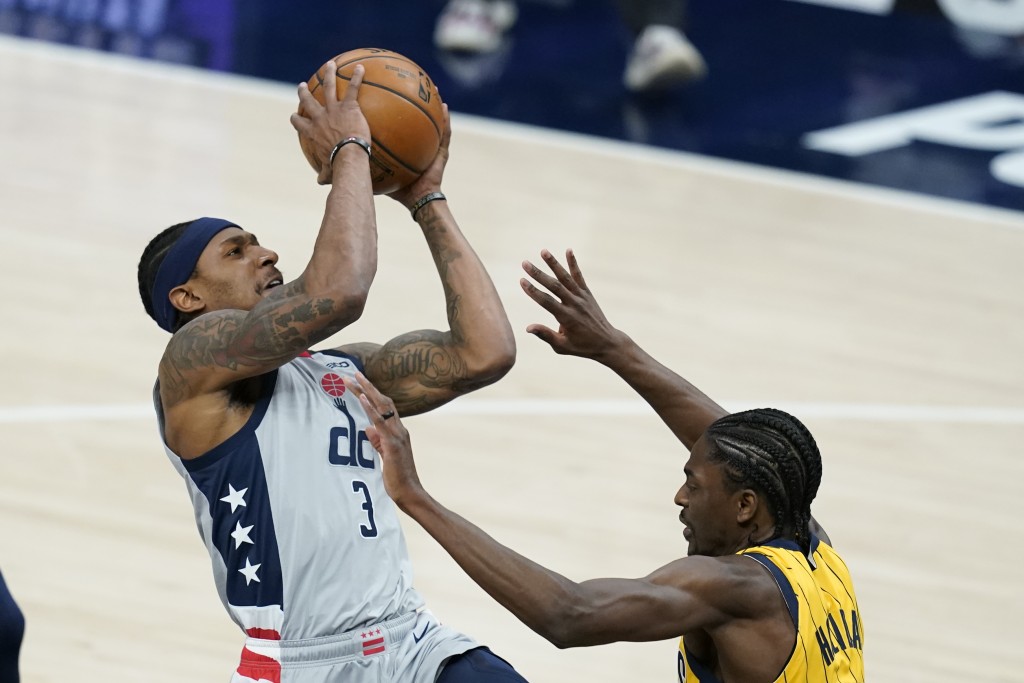 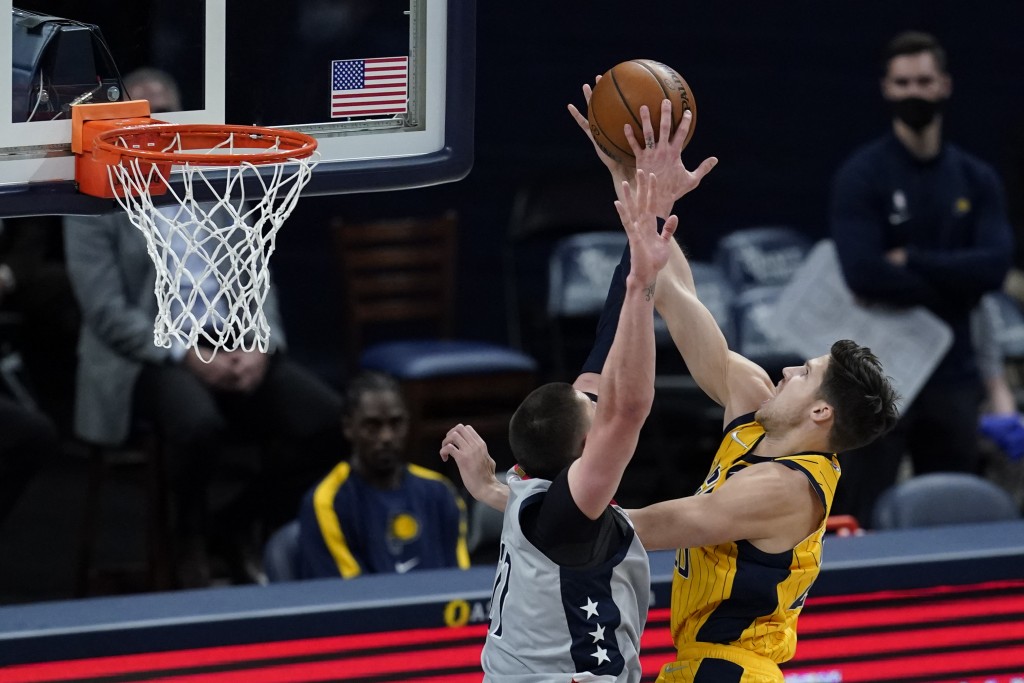 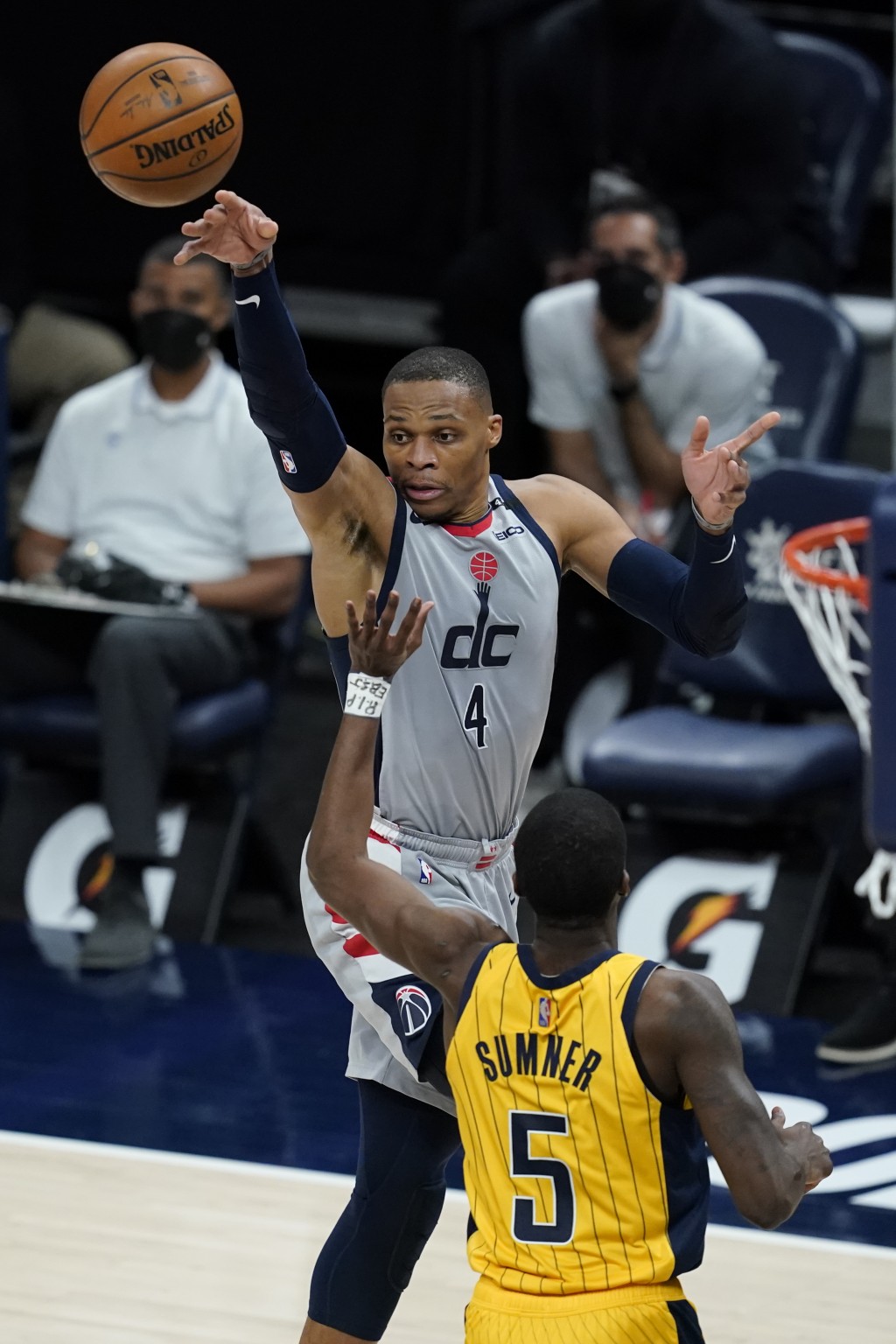 INDIANAPOLIS (AP) — Russell Westbrook tied Oscar Robertson’s NBA record for triple-doubles with 181, finishing with 33 points, 19 rebounds and 15 assists, and made two free throws with a second left to give Washington a 133-132 overtime victory over Indiana on Saturday night.

Westbrook also blocked the Pacers' final shot. He has 35 triple-doubles this season and is averaging a triple-double for the fourth time.

Bradley Beal scored 50 points to help the Wizards move into the No. 9 spot in the Eastern Conference, a half-game ahead of Indiana.

Domantas Sabonis led the Pacers with 30 points, 13 rebounds and 13 assists, and Caris LeVert had 35 points and 14 rebounds.

It was a much better effort for the Pacers, who yielded a franchise-record 154 points in a non-overtime game Monday night in a loss to the Wizards.

But it followed a familiar storyline as Indiana lost the lead in the waning minutes of regulation after leading most of the second half.

This time, the Pacers took a 101-92 lead into the third quarter only to watch Beal and Westbrook rally the Wizards.

They used a 9-2 spurt to take a 120-119 lead on Beal's layup with 1:28 left. LeVert's ensuing 3-pointer gave Indiana the lead and after Daniel Gafford tied it at 122 with two free throws with 48 seconds left, Westbrook's layup with 21.4 seconds left gave Washington the lead.

LeVert tied it again with a layup with 13.4 seconds to go and Westbrook's 18-footer at the buzzer came up short.

Wizards: Westbrook extended his streak of double-doubles to 32 games. ... Beal has scored at least 25 points in 71 of his last 82 games and has eight games this season with 40 or more points. ... Alex Len had 10 rebounds and eight points. ... Washington snapped a three-game losing streak in Indy and swept the Pacers for the first time since 2006-07. ... The Wizards have won 15 of their last 19 games. ... Washington scored 419 points against Indiana this season.

Pacers: Edmond Sumner and Doug McDermott each scored 13 points. ... Sabonis also had three steals and recorded his eighth triple-double this season. ... LeVert's rebounding total was a career best and came two days after he posted his first double-double of the season with Indiana. ... The Pacers are 12-21 at home this season. ... Indiana is 5-2 in overtime this season and is 8-10 in games decided five or fewer points.

Wizards: Make the fourth stop on a five-game road trip Monday at Atlanta.

Pacers: Begin the final week of the regular season at Cleveland on Monday.