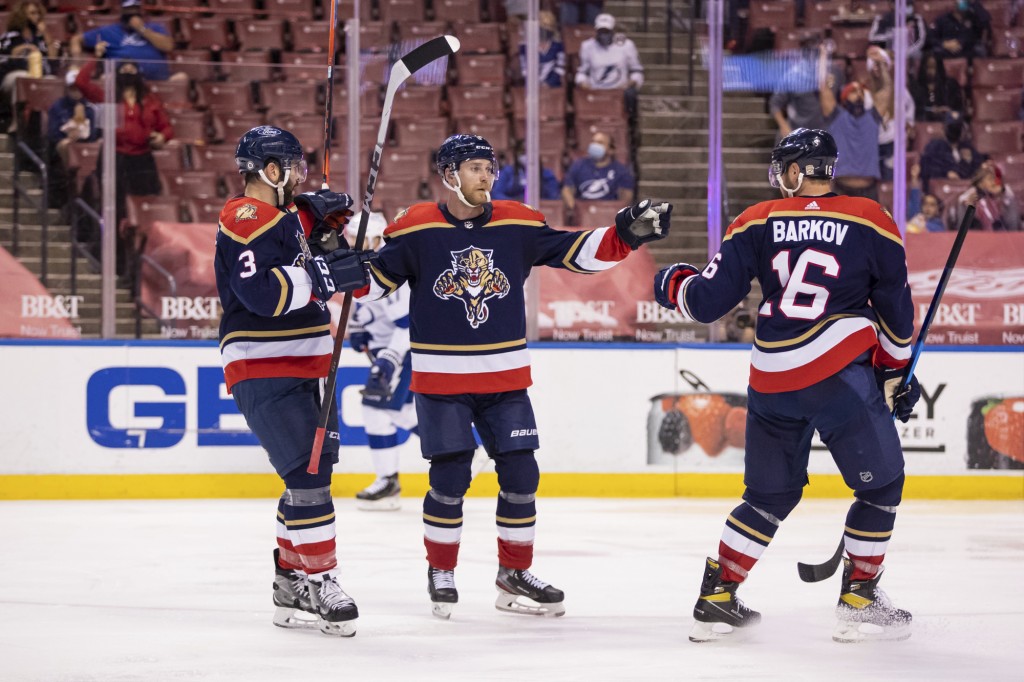 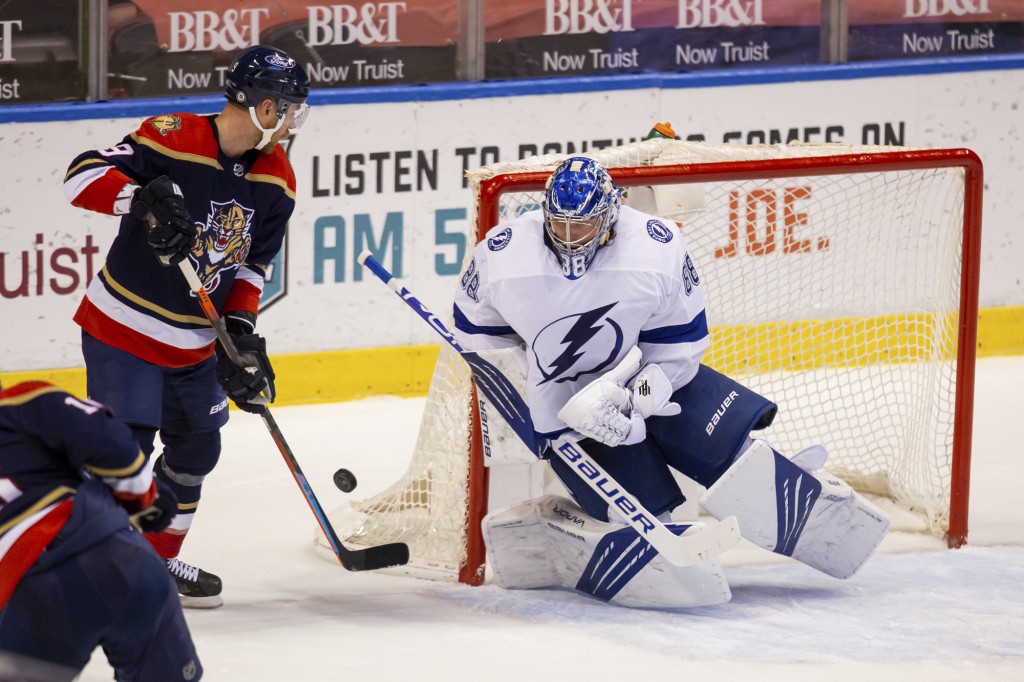 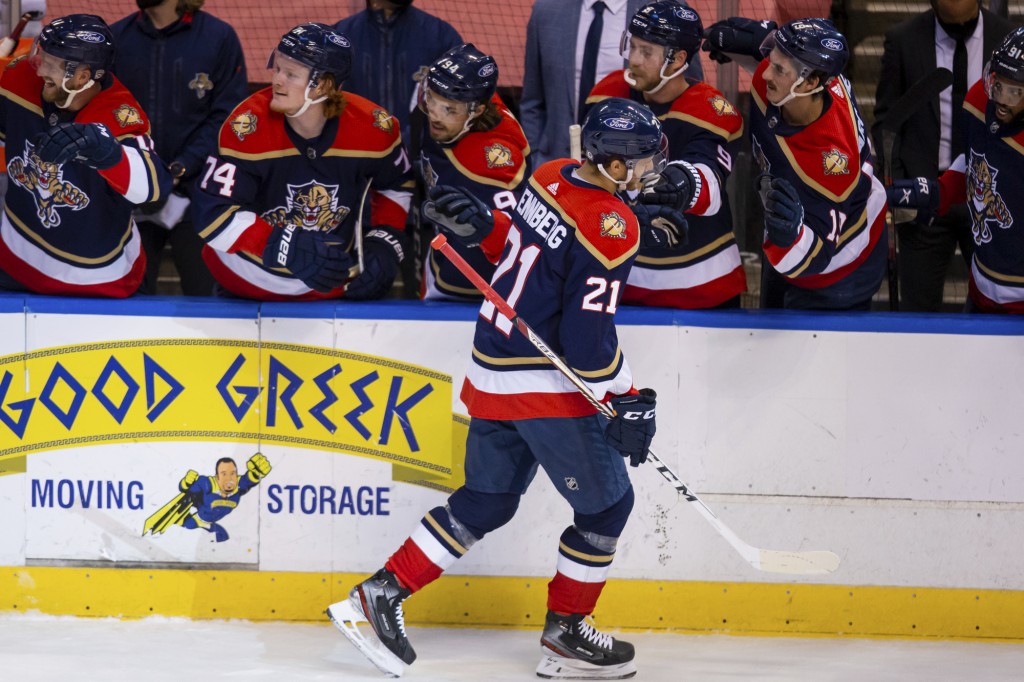 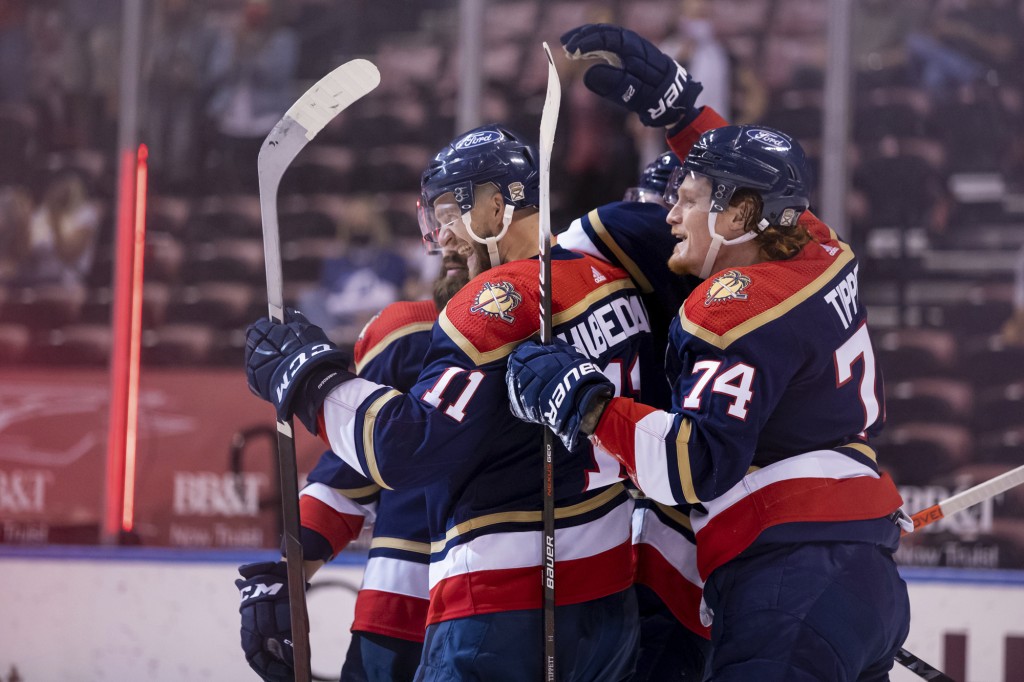 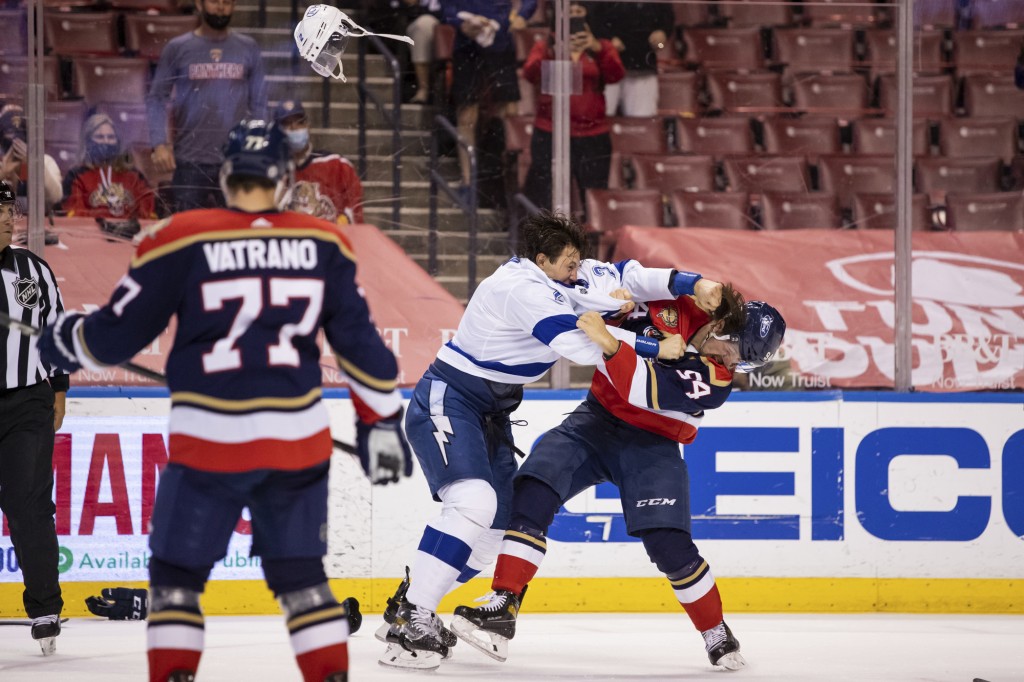 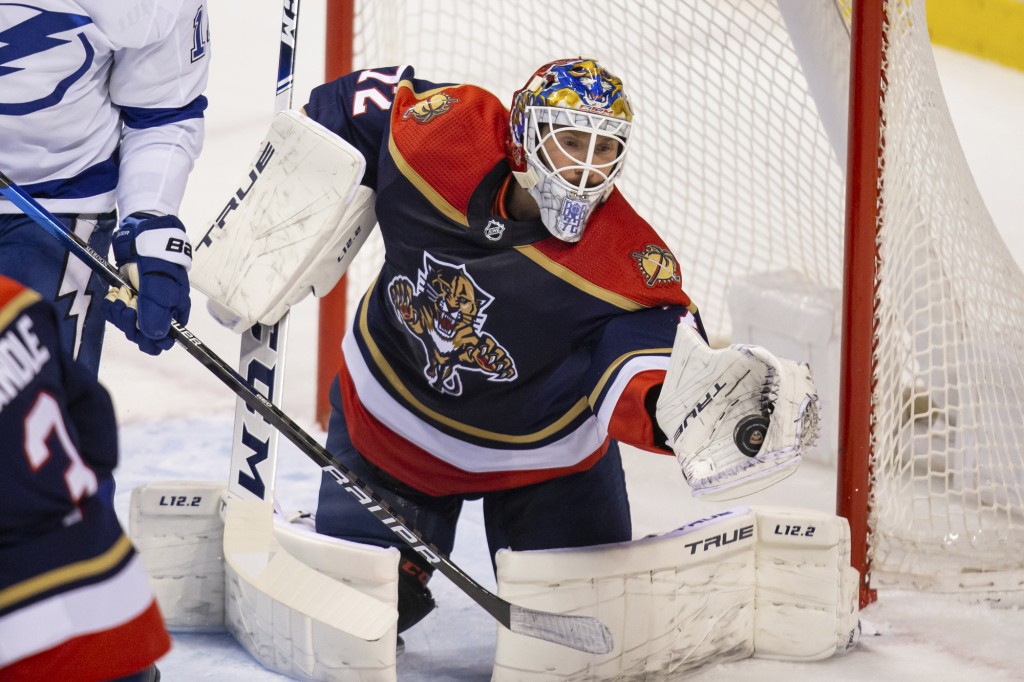 The Panthers (36-14-5) moved two points ahead of the Lightning (36-16-3) and into second place in the Central Division. Florida can clinch home-ice advantage if it finishes ahead of Tampa Bay in the standings after the teams meet again Monday night to end their regular seasons.

The Lightning, who failed to pick up a point for the second consecutive game after going 6-0-1 in their previous seven, need a regulation victory to finish ahead of the Panthers.

Wennberg’s hat trick was the second of his career — both coming this season — and gave him 16 goals. Jonathan Huberdeau and Sam Bennett each had a goal and an assist.

Bennett returned after missing the Panthers' overtime win over Dallas on Monday with an upper-body issue. His 10th goal of the season came on a power play with 16:53 left in the second.

The Lightning answered 1:45 later when Schenn controlled a crossing pass from Barclay Goodrow and slid the puck through traffic past goalie Sergei Bobrovsky for his second goal this season.

Wennberg’s second goal off an assist from Frank Vatrano with 7:07 left in the second gave Florida a multiple-goal lead for the remainder of the game.

The Panthers have won four of seven games this season against the reigning Stanley Cup champions with one of the Lightning’s victories coming in overtime. They have outscored the Lightning 27-24 this season.

The game was the last in the career of longtime NHL linesman Pierre Racicot, who is retiring. Racicot officiated over 1,800 games and 10 Stanley Cup Finals as well as the 2006 Winter Olympics.

Patric Hornqvist (upper body) and Carter Verhaeghe (upper body) sat out for Florida, but coach Joel Quenneville said both would have played had Saturday’s contest been a playoff game.

The teams meet again on Monday in Sunrise.