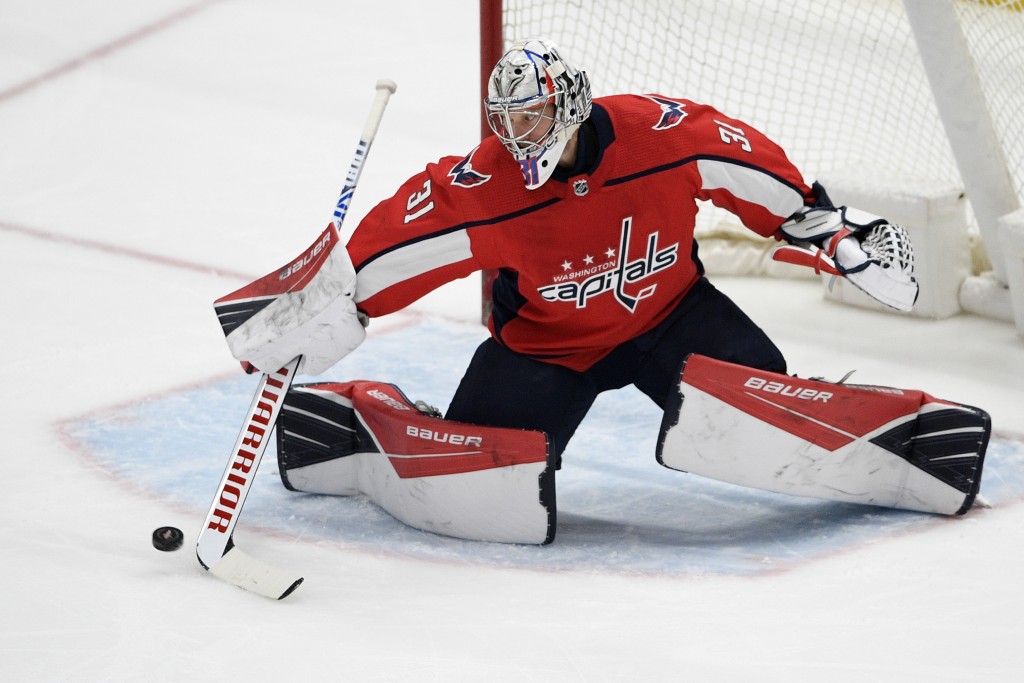 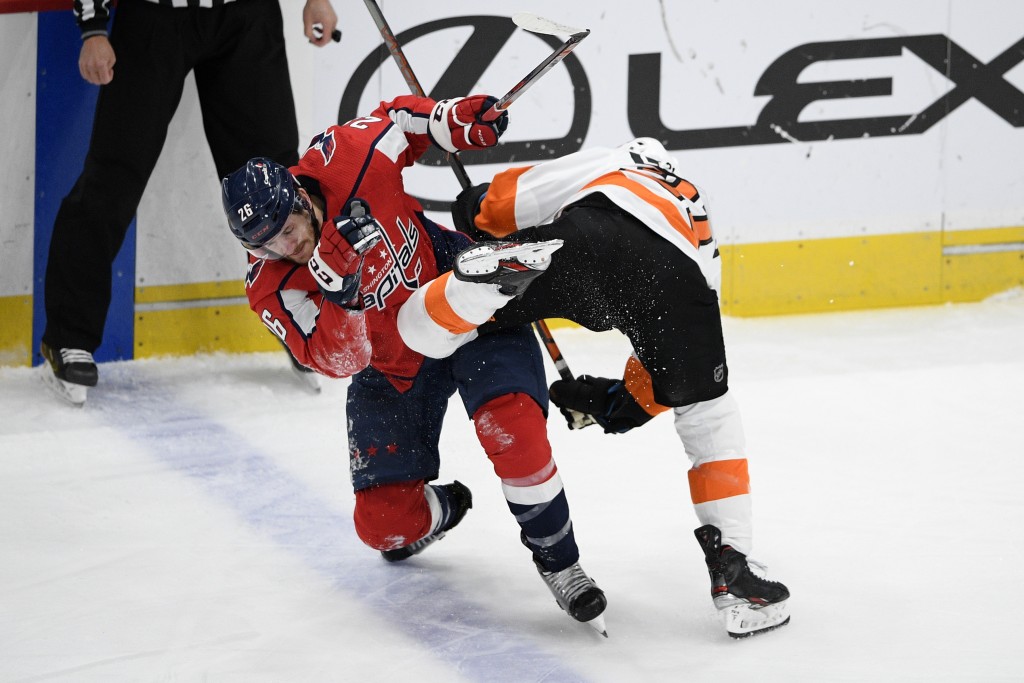 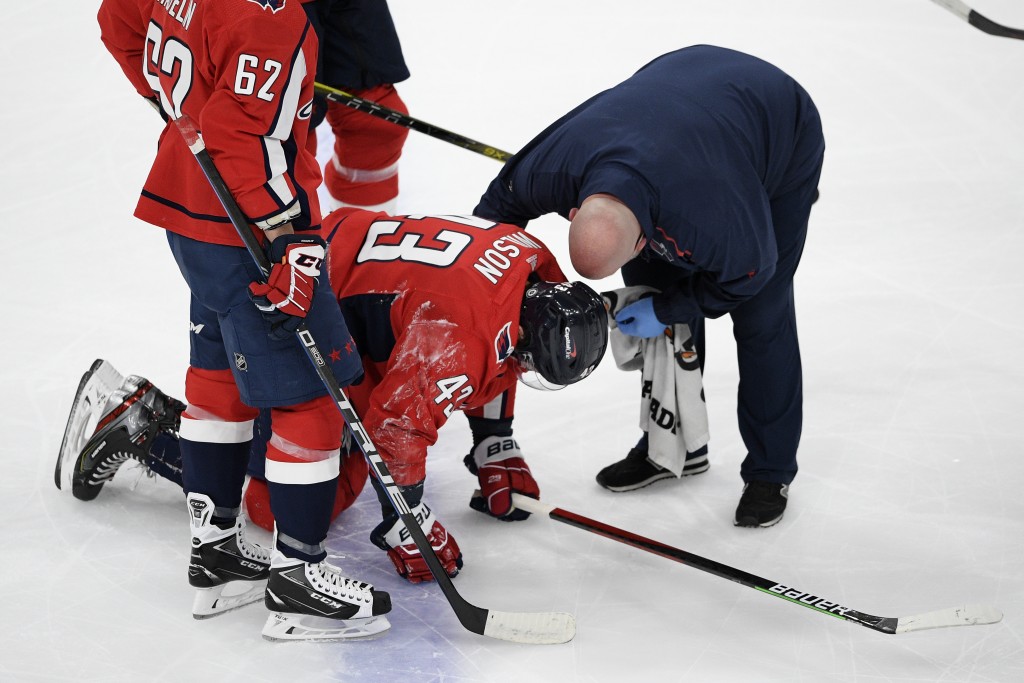 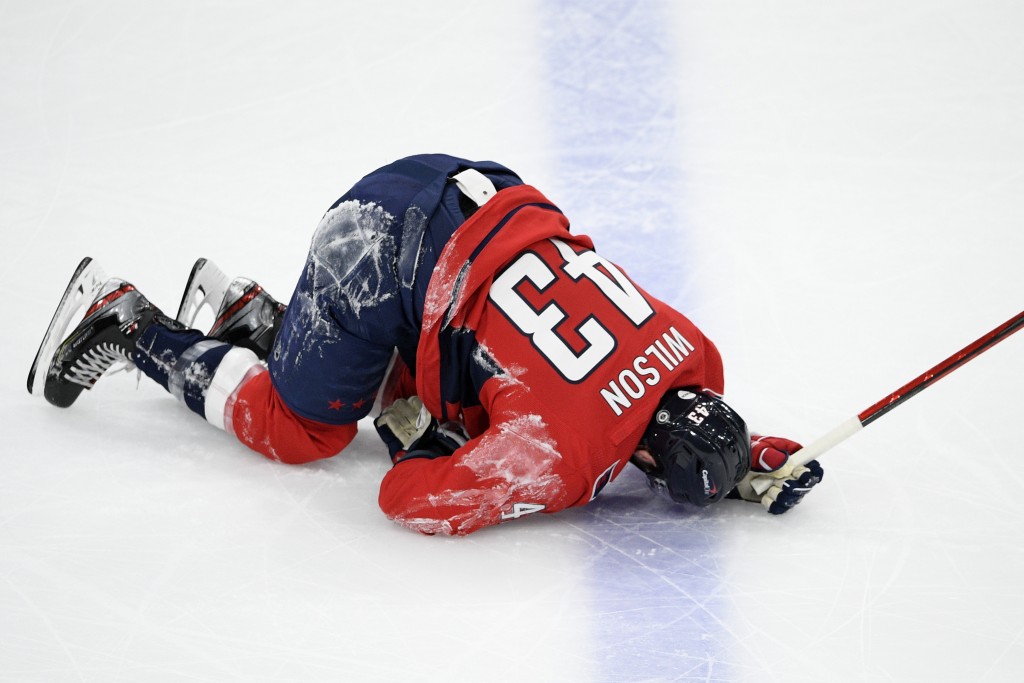 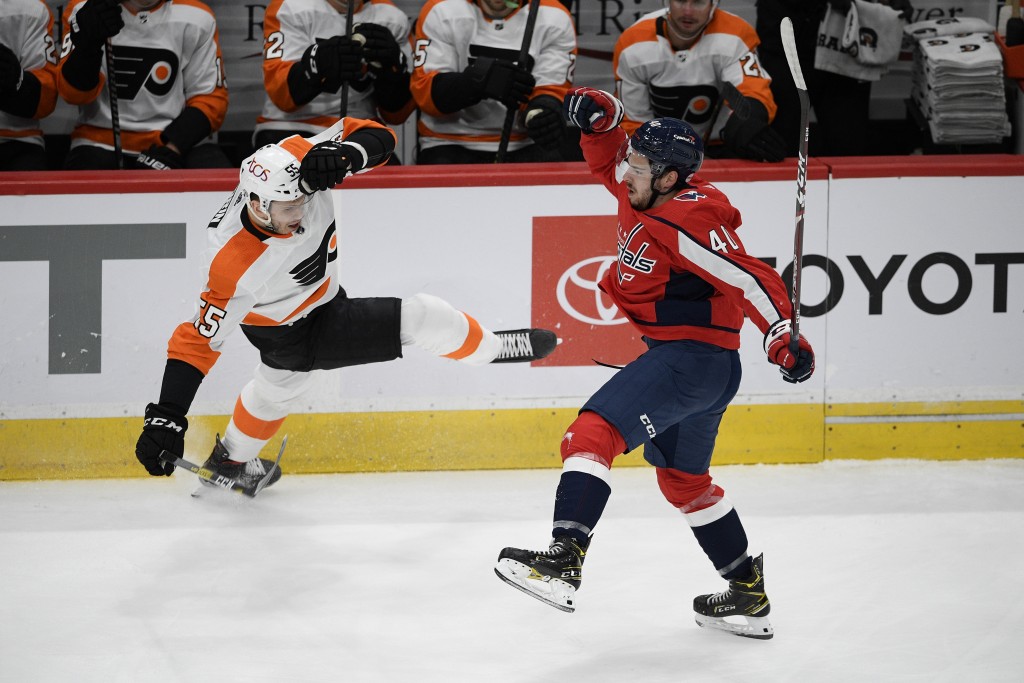 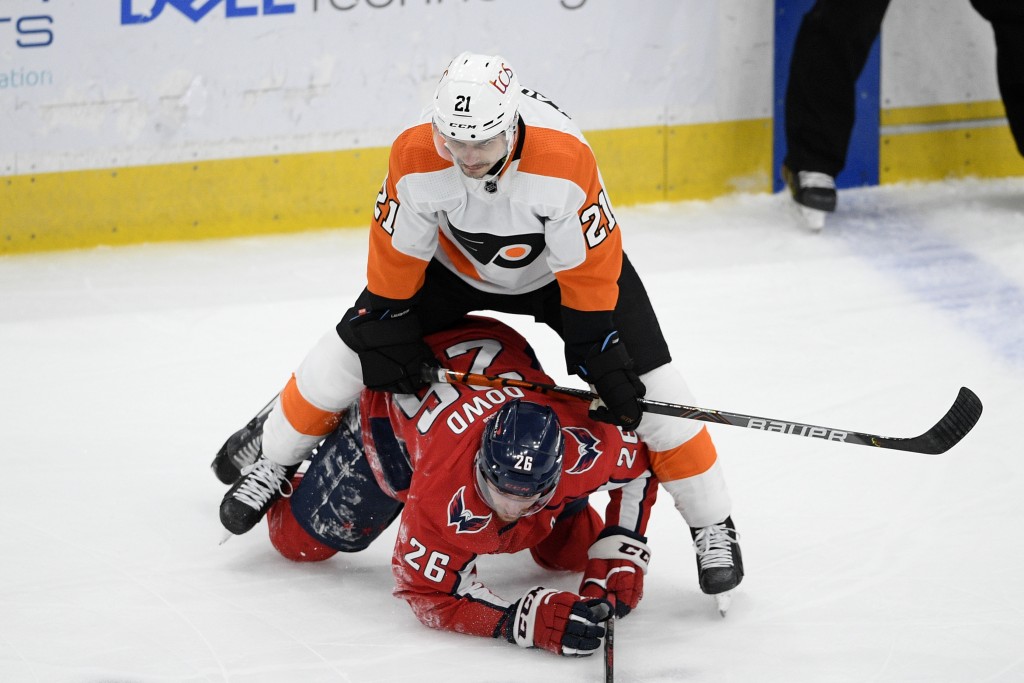 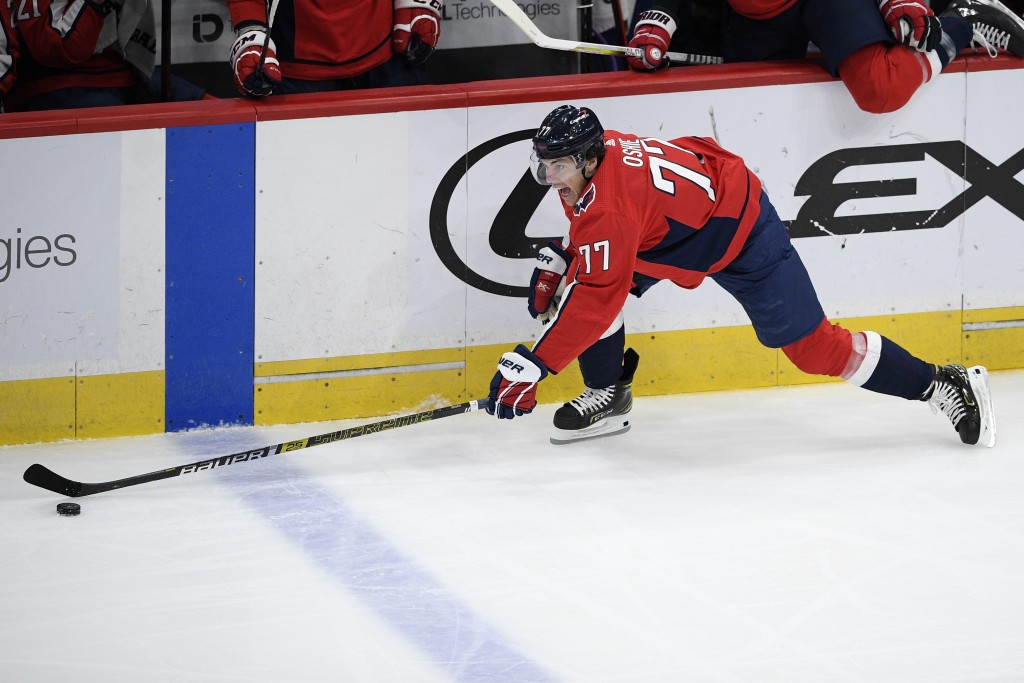 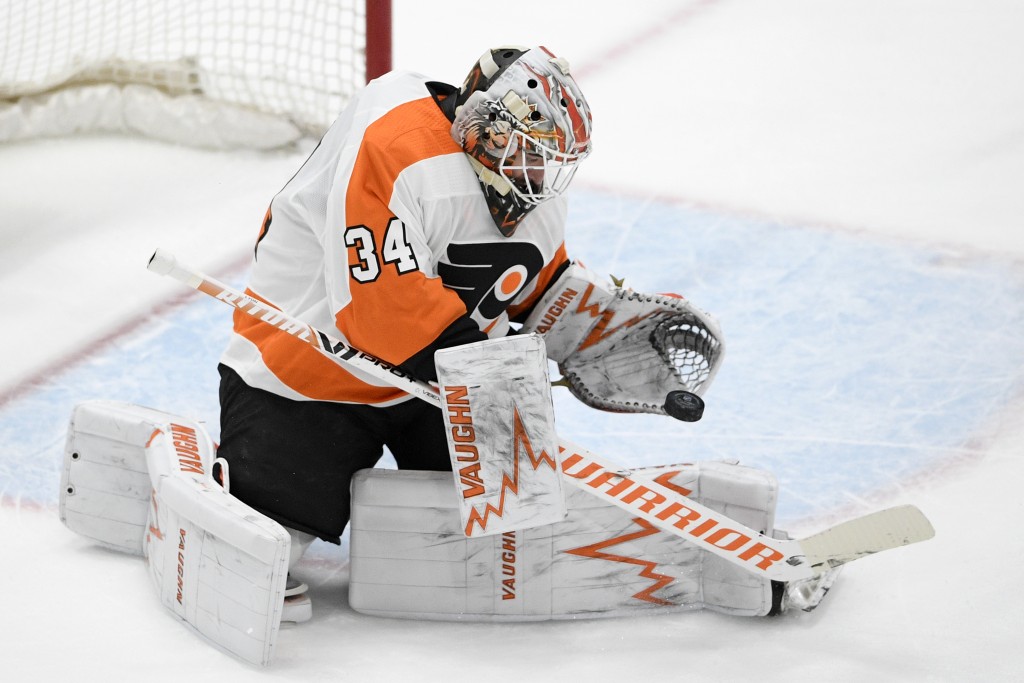 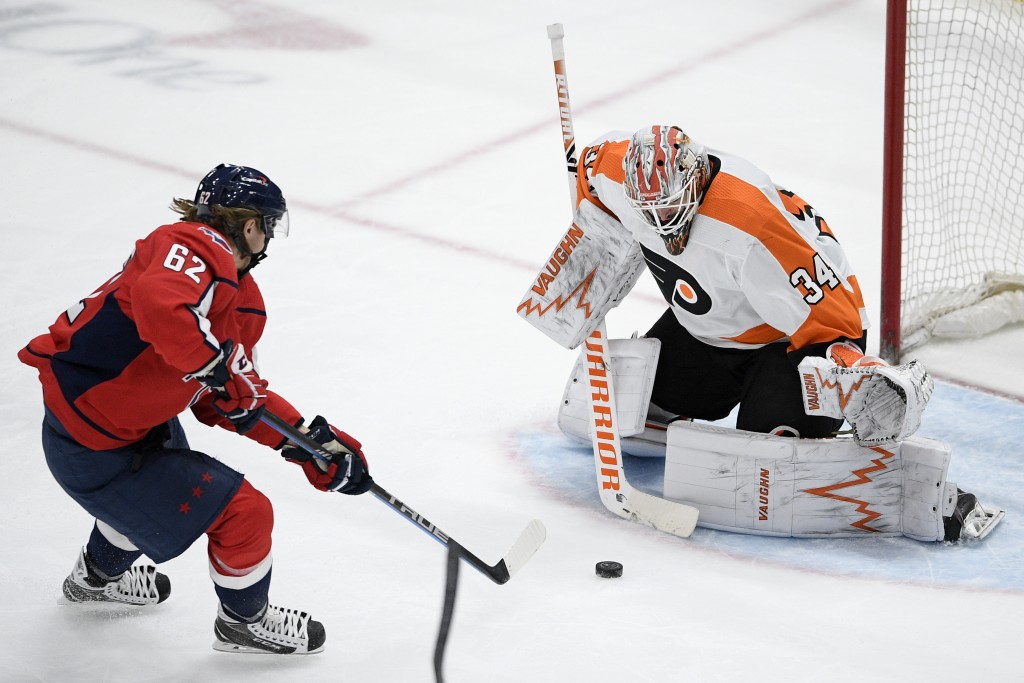 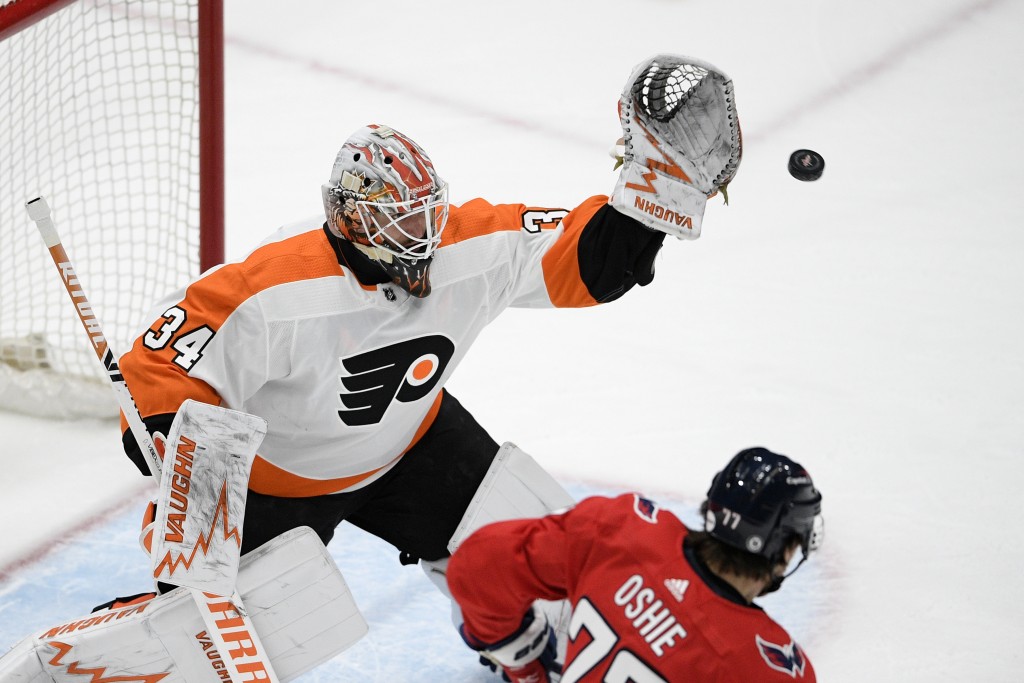 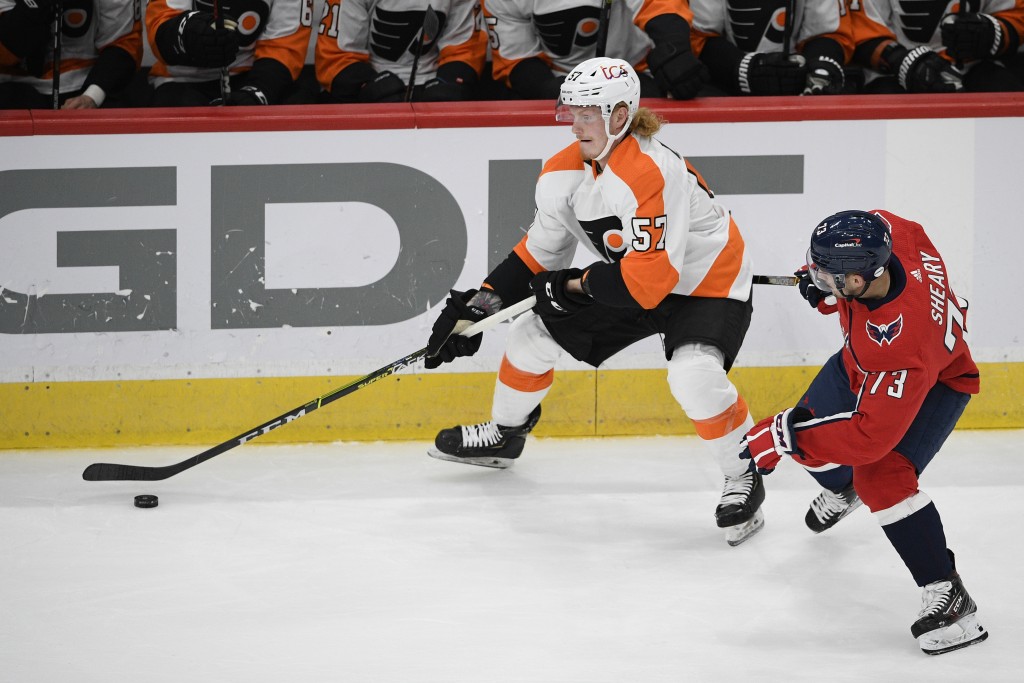 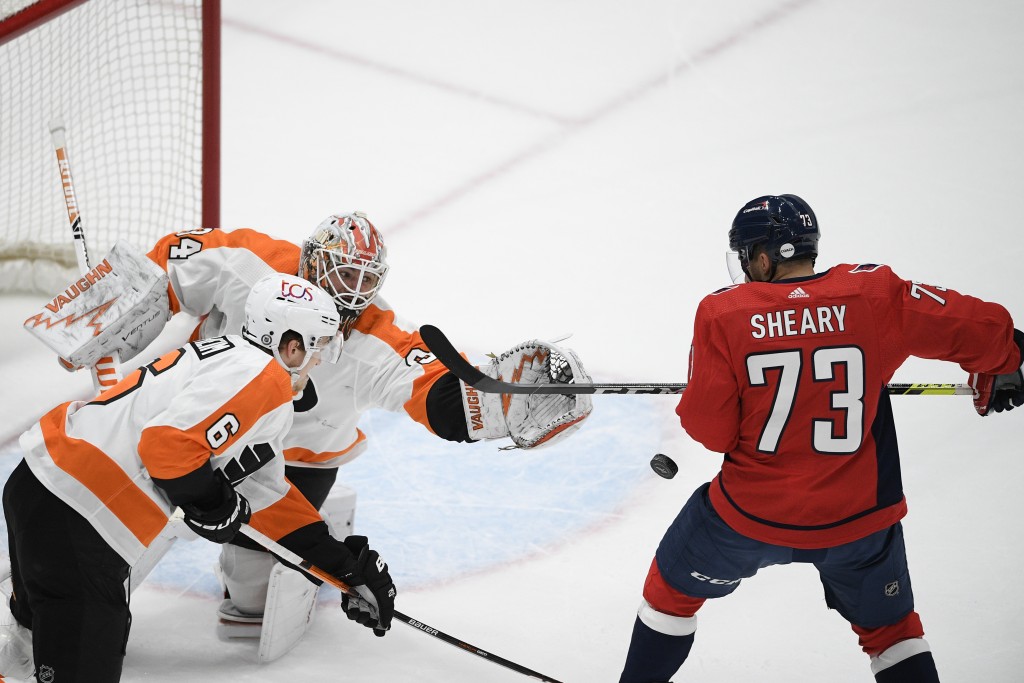 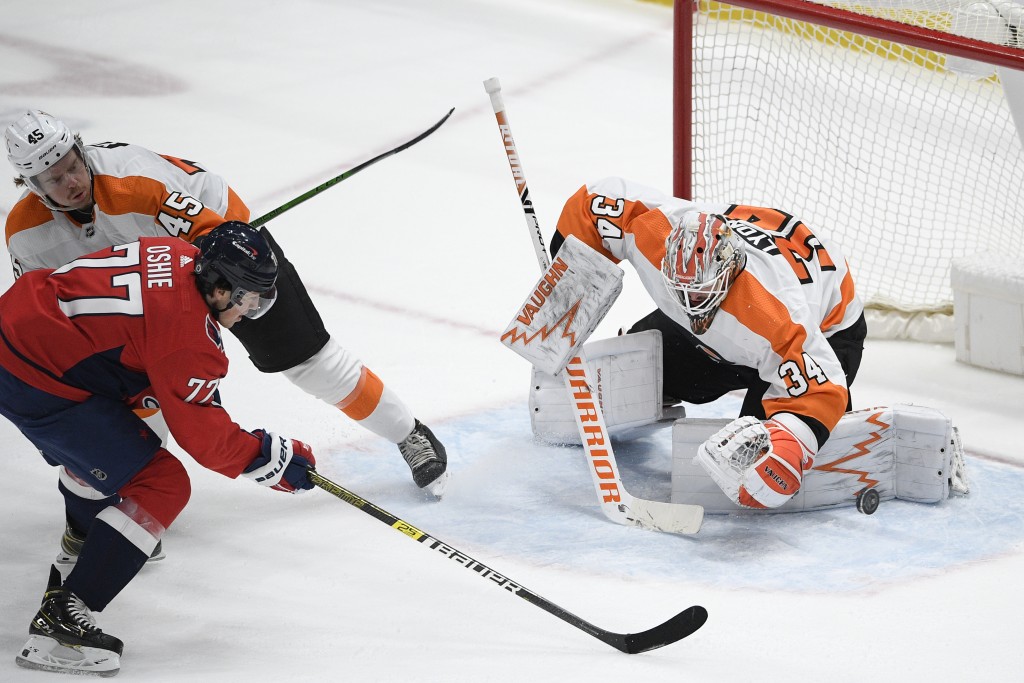 Failing to win in regulation gave the East Division title to the rival Pittsburgh Penguins. The Capitals locked up the No. 2 seed in the East and home-ice advantage in the first round.

Coming back to beat the Flyers was itself quite the accomplishment given Washington’s recent run of injuries and drama surrounding key players. The Capitals dressed one skater short of the usual 18, played without four of their best players and handed the net over to the oldest goaltender to start a game in franchise history.

They also lost star winger T.J. Oshie to a lower-body injury, the latest twist in a nightmarish couple of weeks. Oshie was injured late in the second period when he got tangled up with Philadelphia’s Nicolas-Aube Kubel, didn’t put weight on his left foot skating off, limped down the tunnel and did not return.

The Capitals went into the game without captain and leading goal-scorer Alex Ovechkin, top two centers Nicklas Backstrom and Evgeny Kuznetsov, No. 1 defenseman John Carlson and goalie Ilya Samsonov. Ovechkin, Backstrom and Carlson are each considered day to day with a lower-body injury, while Kuznetsov and Samsonov were unavailable because of NHL COVID-19 protocol.

Playing that short-handed did no favors for 39-year-old Craig Anderson, who was making his first start since Feb. 23. Anderson finished with 26 saves, allowing only Scott Laughton's goal 3:42 into the third.

As though Tom Wilson wasn't already the talk of hockey after his actions during a scrum Monday at the New York Rangers, he and the Capitals got quite the scare in the first when he collided leg-on-leg with Aube-Kubel. Wilson grabbed at his right knee and put no weight on that leg while he was helped off but returned at the start of the second.

This was the Capitals' first regular-season or playoff game without any of Ovechkin, Backstrom, Kuznetsov or Carlson since Jan. 31, 2006.

Ovechkin has missed seven of the past eight games with a lower-body injury and played a total of 39 seconds over the past two weeks. His seven games out with injury and 11 total are the most of any season in his 16-year NHL career.

Washington was unable to ice a full lineup for the third time in four games because of insufficient salary-cap space.

The Capitals' injury problems extend all the way to Hershey. Defenseman Michal Kempny left a rehab game with the American Hockey League's Hershey Bears because he collided with a member of the ice crew.

Kempny has been on long-term injured reserve all season after surgery to repair a torn Achilles tendon, and he went to the minors to try to get into game shape in case he’s needed in the playoffs.

“I don’t think it’s too, too bad,” Hershey coach Spencer Carbery said. “Chalk that up to the weird, weird things of this year. He actually (made) incidental contact with one of the ice scrapers, believe it or not, which I’ve never seen before. It was just a completely unfortunate incident when one of the ice shovelers was coming by the bench, they got tangled up and Kemps had to leave the game.”

FROM PILON TO PILON

Garrett Pilon made his NHL debut for the Capitals, giving Zdeno Chara the ability to say he played with father and son. Chara, now 44, played parts of three seasons with Garrett’s father, Rich Pilon, when he broke into the league with the New York Islanders.

Flyers: Host the New Jersey Devils on Monday in each team’s season finale.

Capitals: Await the Bruins' result Monday against the New York Islanders to see if their game Tuesday has any meaning.