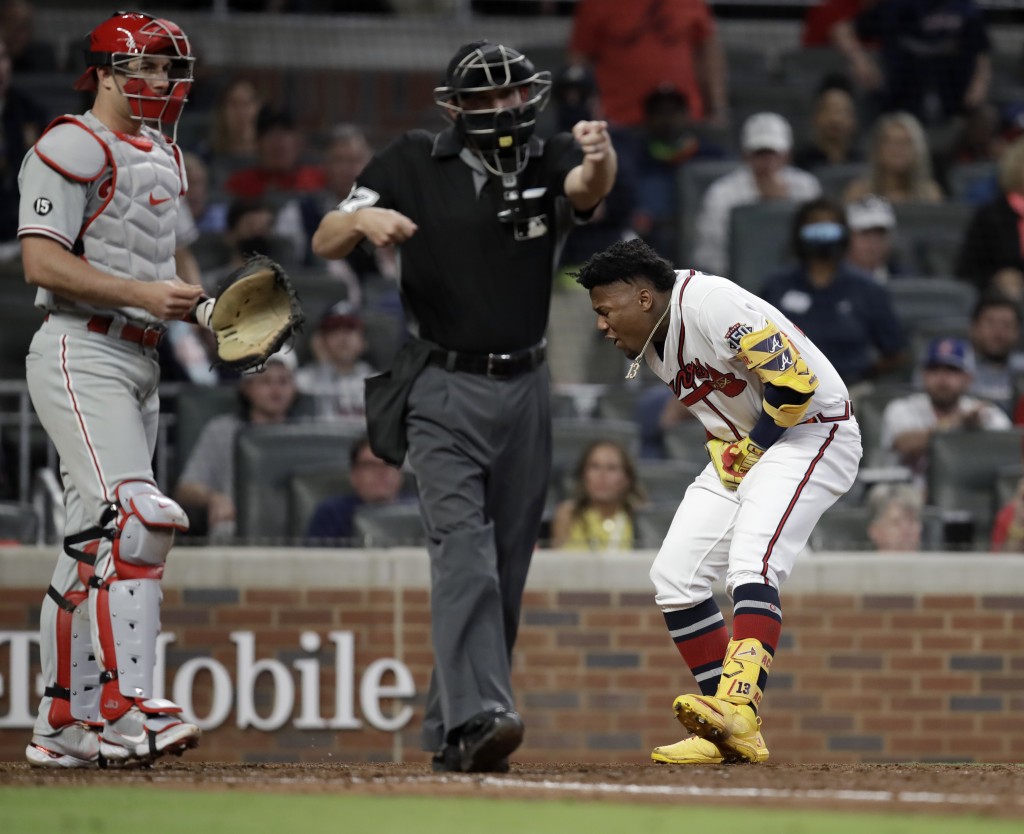 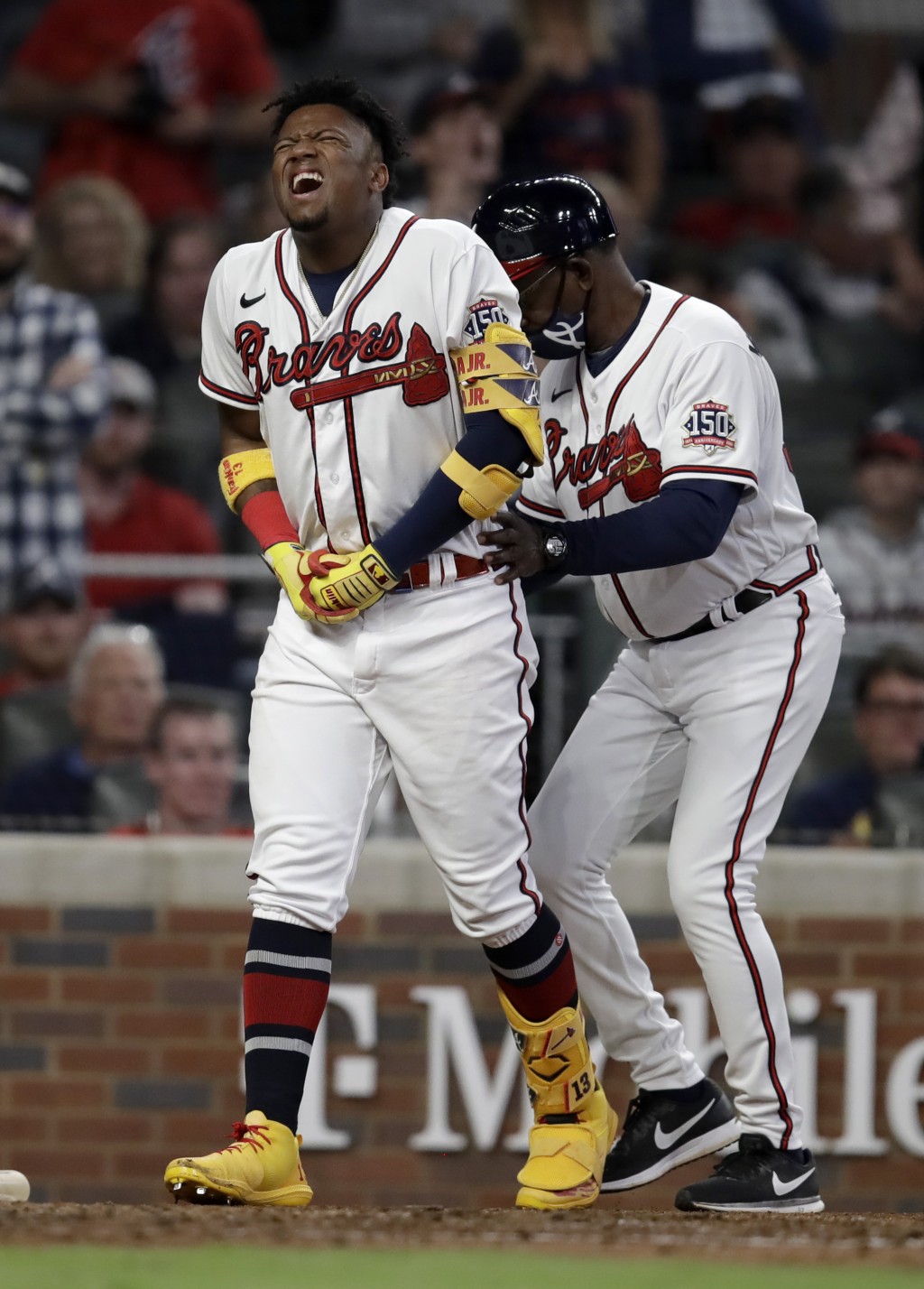 ATLANTA (AP) — Ronald Acuña Jr., who shares the major league lead with 10 home runs, left the Atlanta Braves’ game against the Philadelphia Phillies on Saturday night after being hit by a pitch.

Acuña was hit on his left hand by a 98 mph fastball from Sam Coonrod in the seventh inning. The pitch appeared to hit Acuña’s little finger on the bottom of the bat.

Acuña fell back, holding his hand in obvious pain. He was immediately escorted off the field.

There was no immediate update from the Braves on Acuña’s injury. He missed two games in April with a mild abdominal strain and is hitting .313.