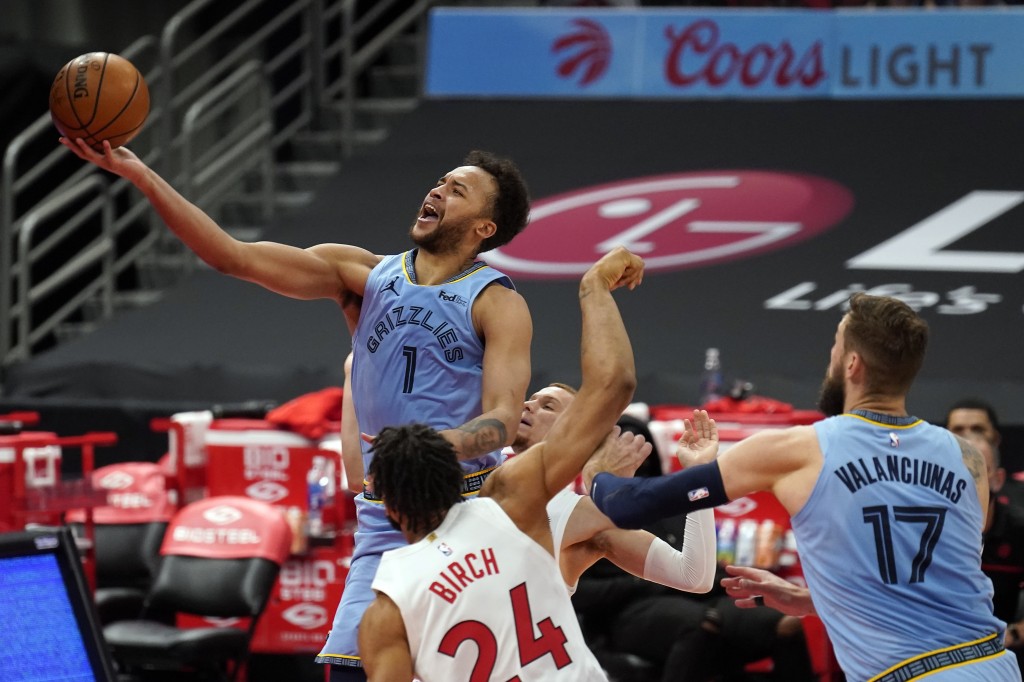 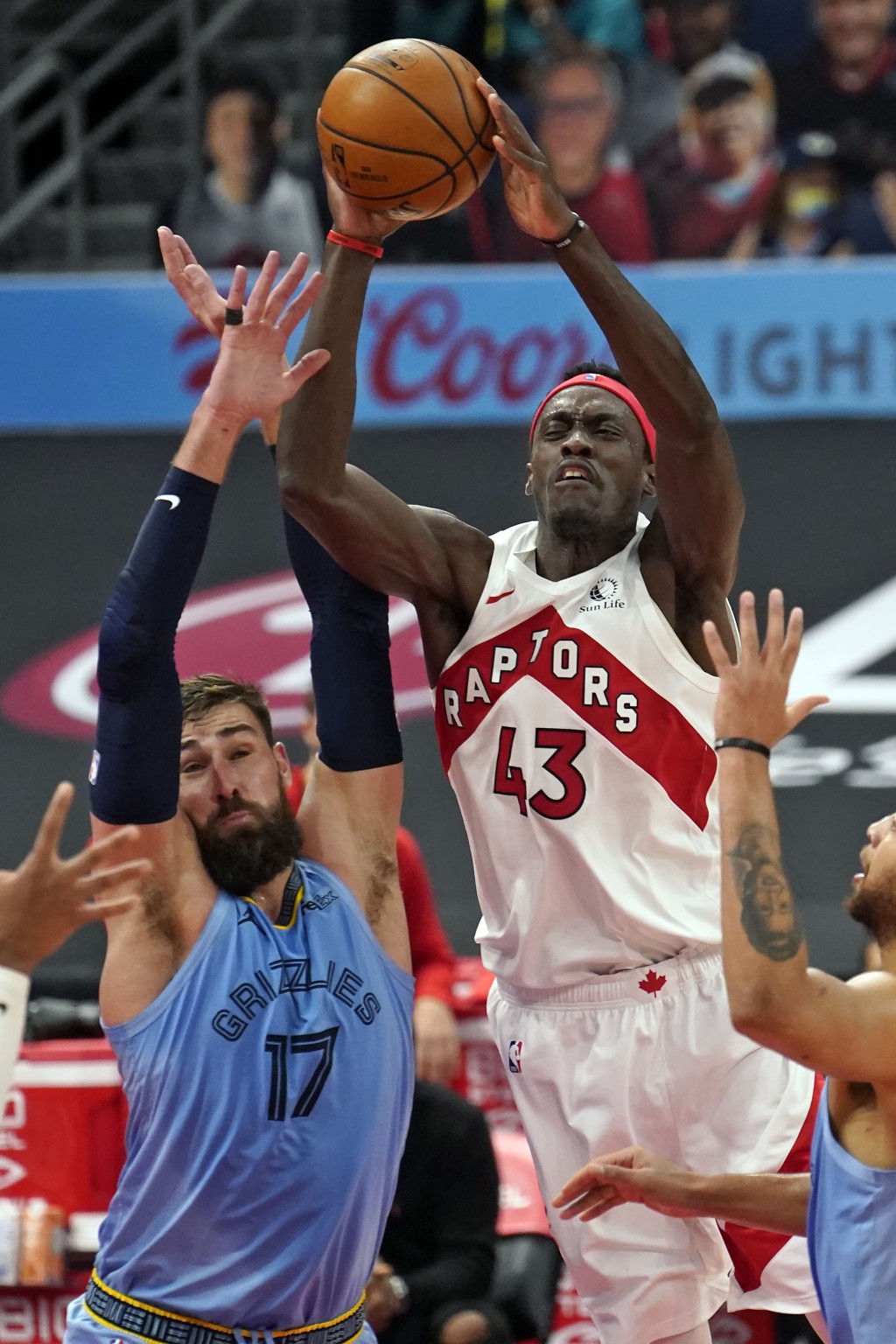 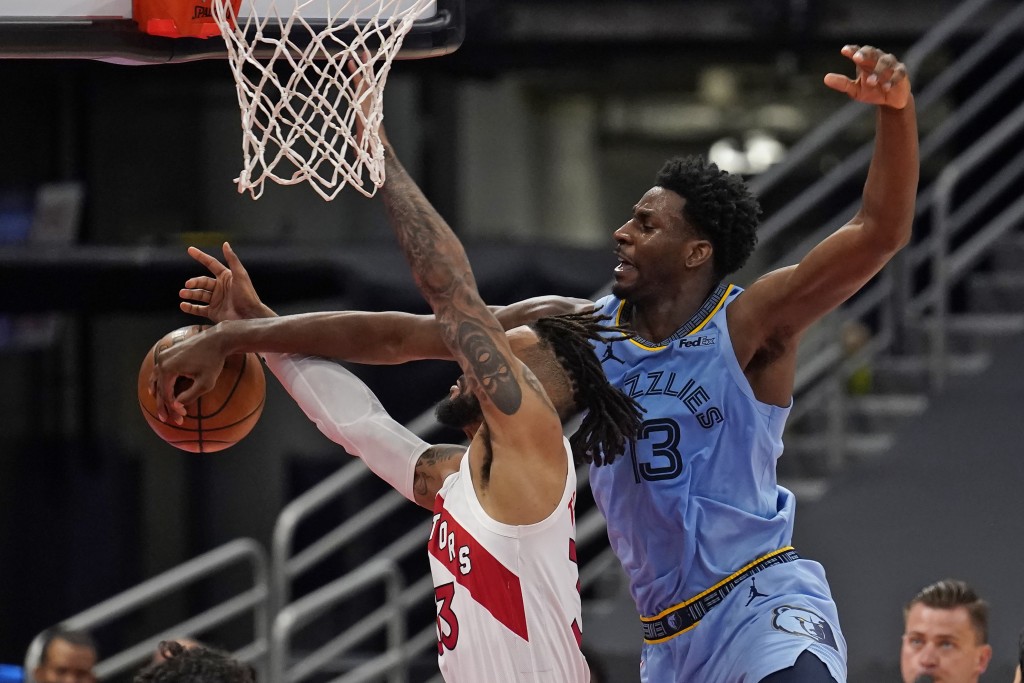 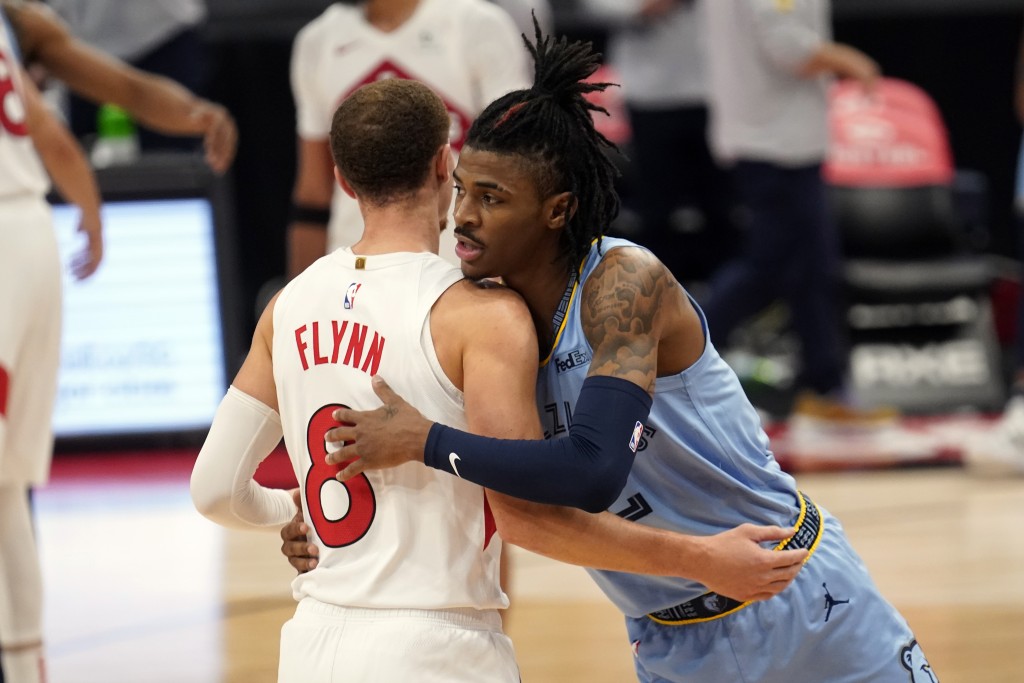 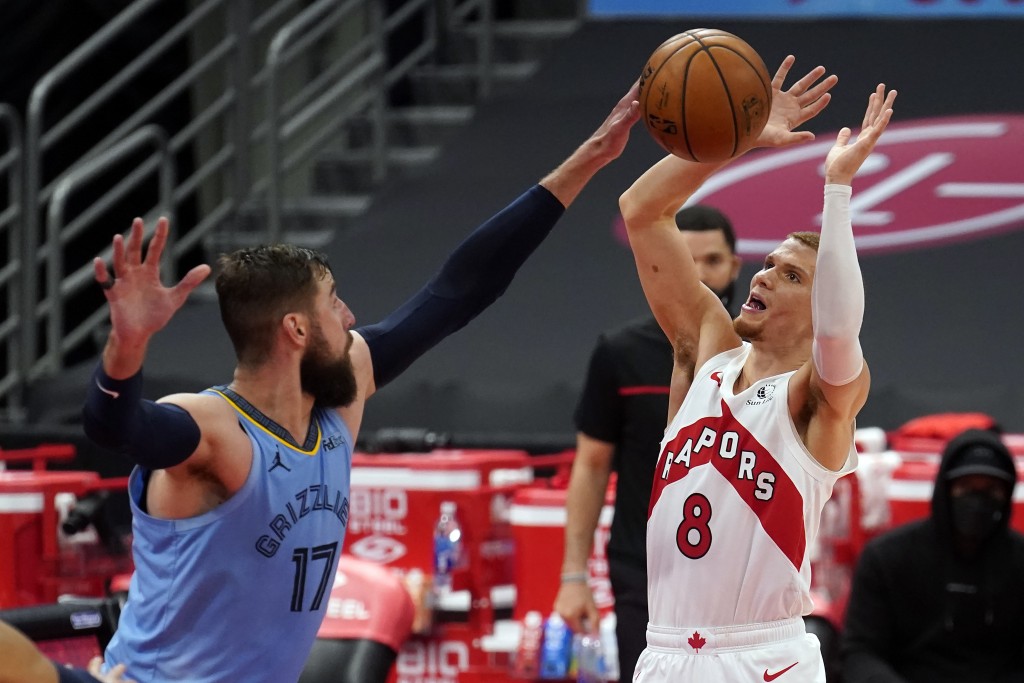 Pascal Siakam and Gary Trent Jr. had 18 points each for the Raptors, who have lost seven of eight. Siakam left the game with a left shoulder strain late in the third quarter.

Jackson's 3-pointer with 2:02 left in the third quarter gave the Grizzlies a 12-point lead, the largest of the game.

Back-to-back 3-pointers by Malachi Flynn and Trent pulled the Raptors to 85-84 midway through the fourth quarter but Melton nailed three 3-pointers in a one-minute span to lift Memphis out of danger.

The Grizzlies need two wins in their remaining five games to be assured of a spot in the NBA's new play-in tournament.

Grizzlies: Valanciunas' double double was his 47th of the season. He is also second on Toronto's all-time list with 137. ... Morant, the Grizzlies' leading scorer, did not have a field-goal attempt until after rebounding his missed free throw attempt with 1:18 left in the second quarter. ... G Sean McDermott missed his fifth game with a sore left foot. ... G Grayson Allen missed a third game with a sore abdomen.