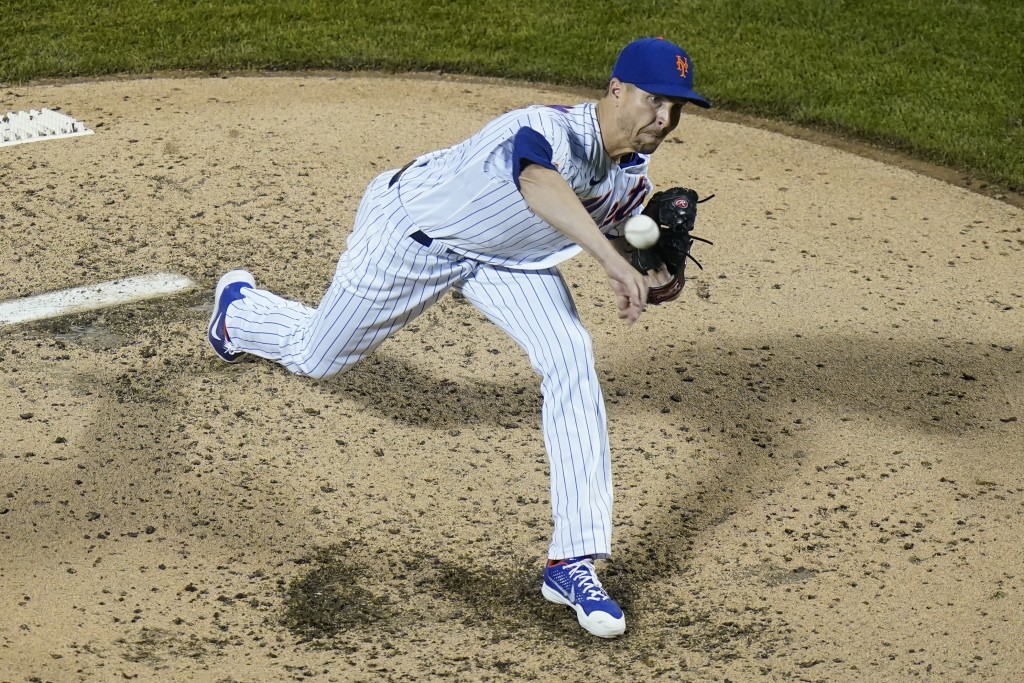 A look at what's happening around the majors Sunday:

Mets ace Jacob deGrom plans to return to the rubber after being scratched from his last scheduled start Tuesday with right lat inflammation.

The two-time Cy Young Award winner played catch and threw a side session Friday and came out feeling well enough to proceed with his first outing since April 28. He'll face the Diamondbacks and right-hander Riley Smith (1-1, 4.91).

Atlanta pitcher Huascar Ynoa is doing his best Shohei Ohtani impression lately, delivering on the mound and at the plate.

Ynoa has homered in each of his last two starts, and is 5 for 8 with a double and six RBIs in his previous three games. The 22-year-old righty hit a grand slam at Washington last Tuesday.

Ynoa is excelling with his arm, too. He’s 3-1 with a 2.36 ERA going into this Sunday night start against the Phillies at Truist Park.

Johnny Cueto is set to come off the injured list after being sidelined for more than three weeks and start for San Francisco against the Padres.

The 35-year-old righty is 2-0 with a 1.80 ERA in three starts this season. Cueto last pitched April 14, then was sidelined by a strained right lat.

The Giants own the best record in the National League at 20-13. They’ve been especially good at home, going 12-3 at Oracle Park.

Hard-throwing Blue Jays right-hander Nate Pearson is set for his season debut against Houston. Pearson, among the game’s top pitching prospects, injured his groin in spring training and aggravated it during his first rehab stint.