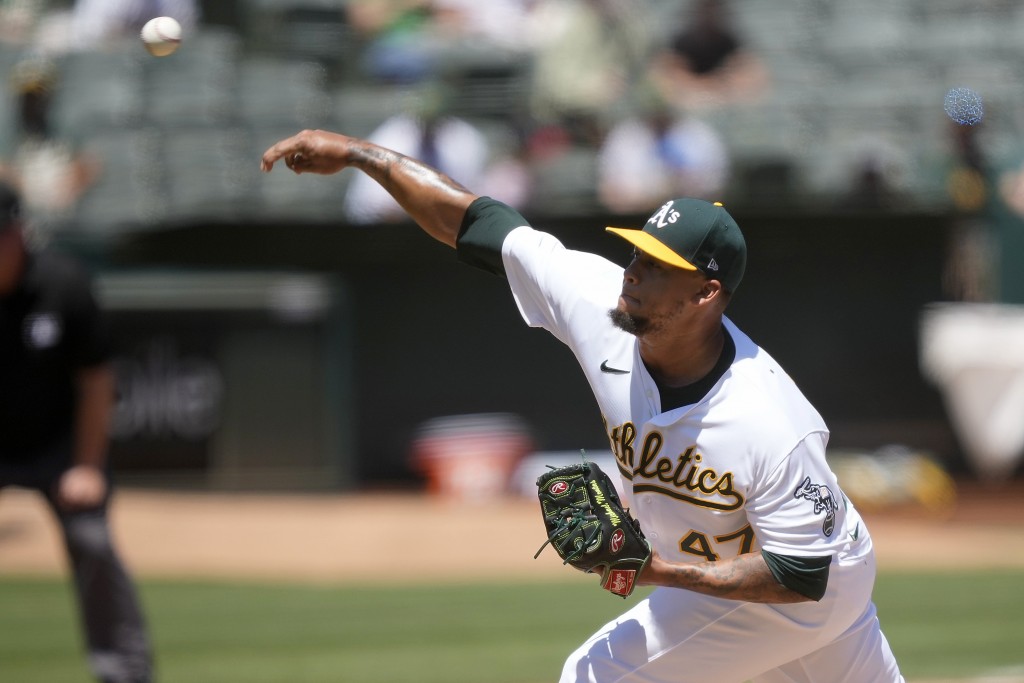 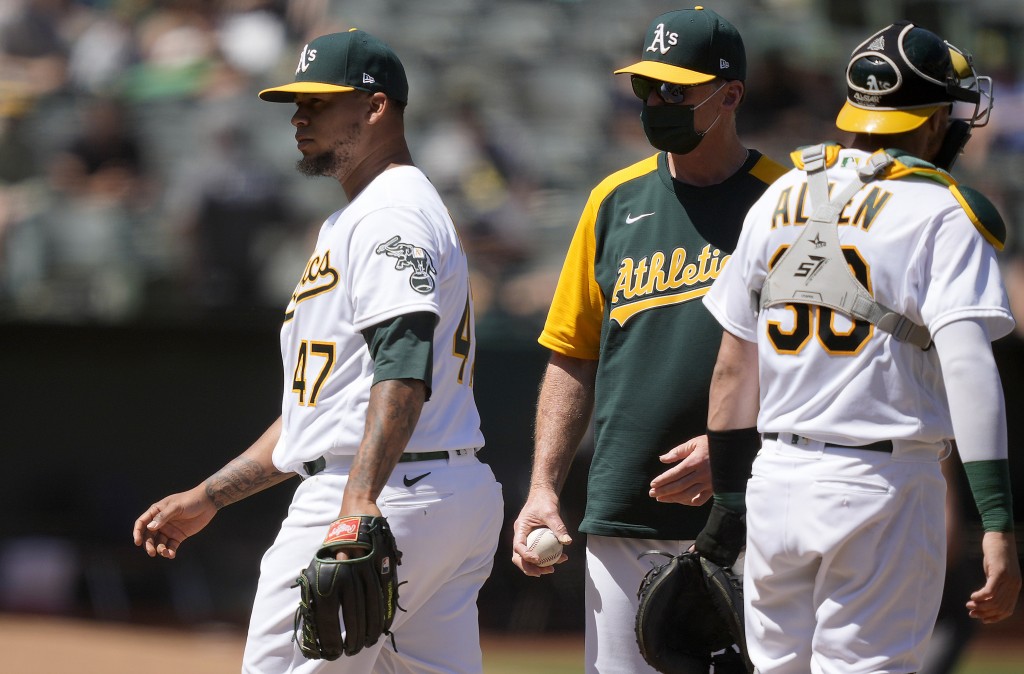 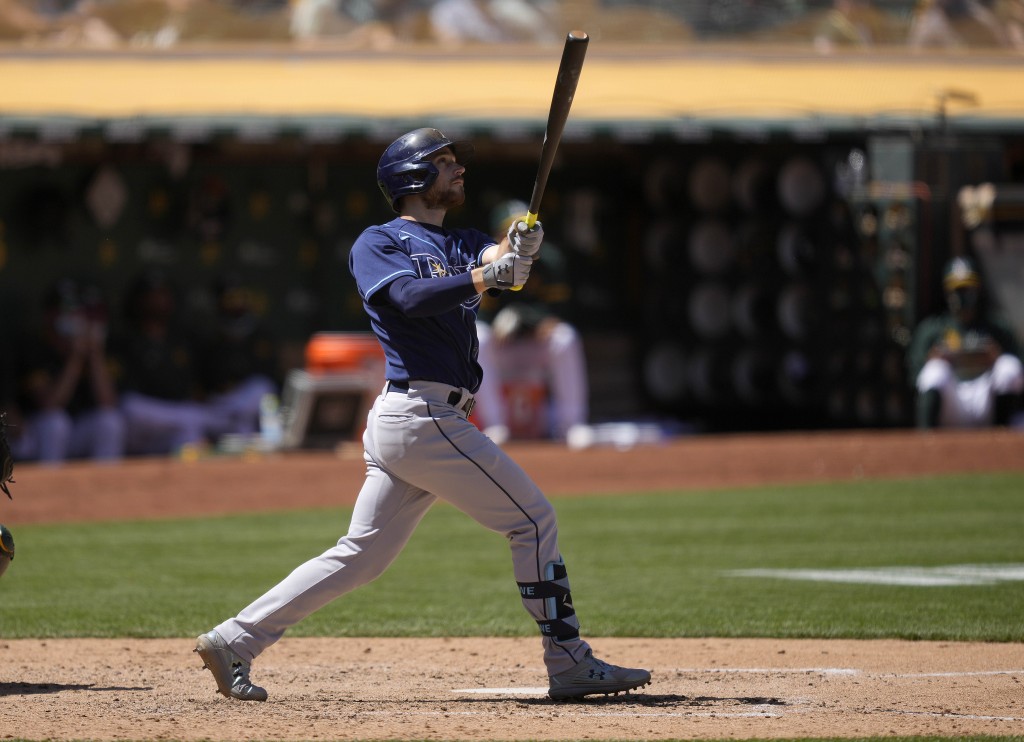 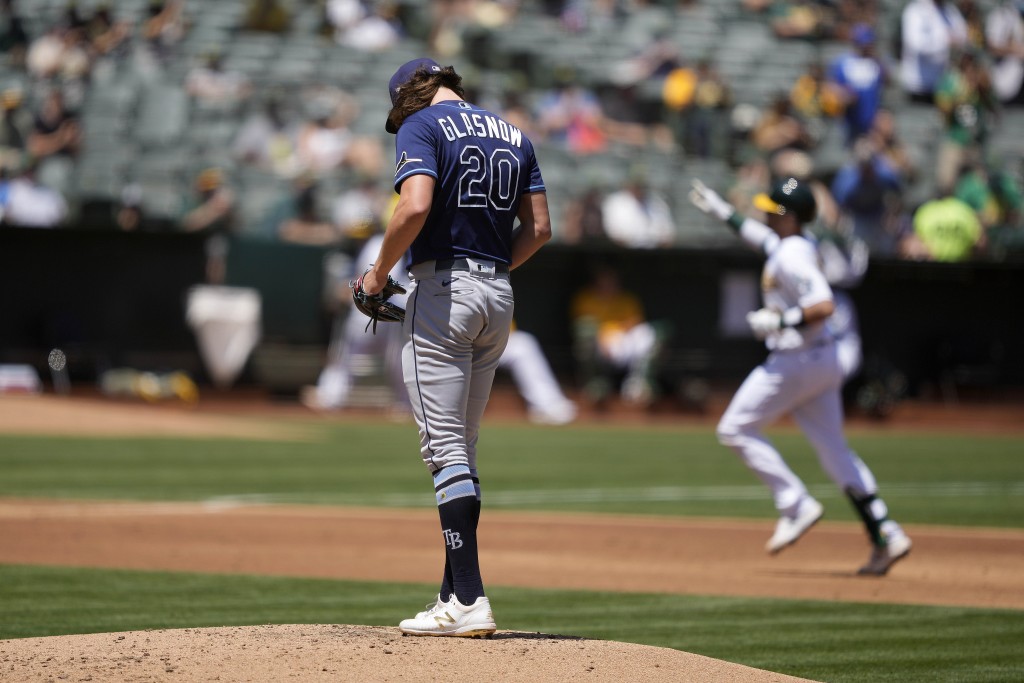 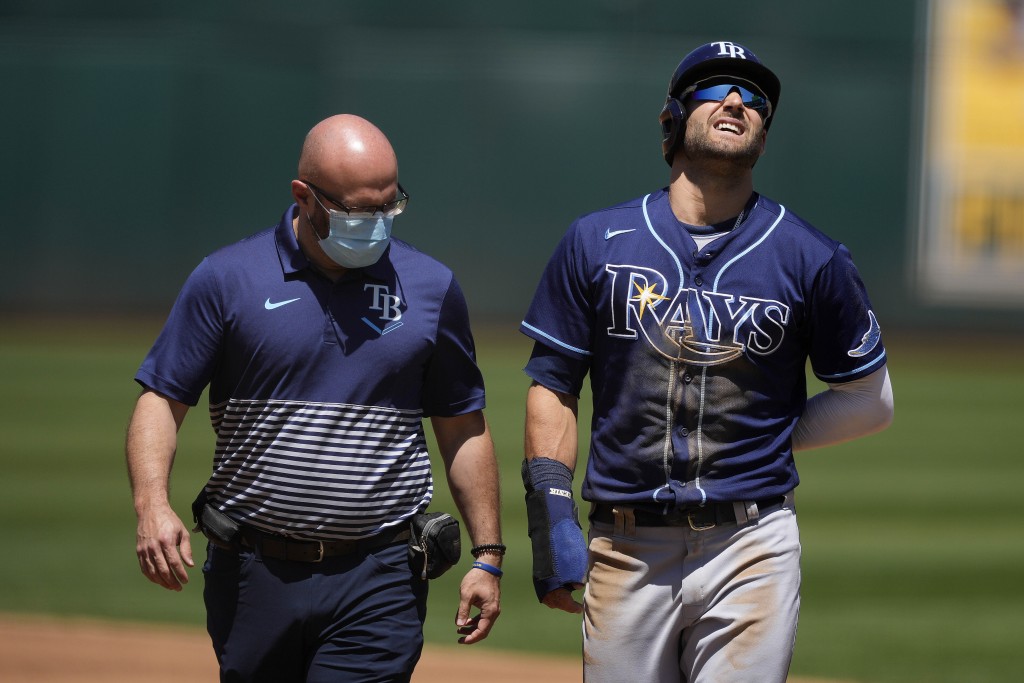 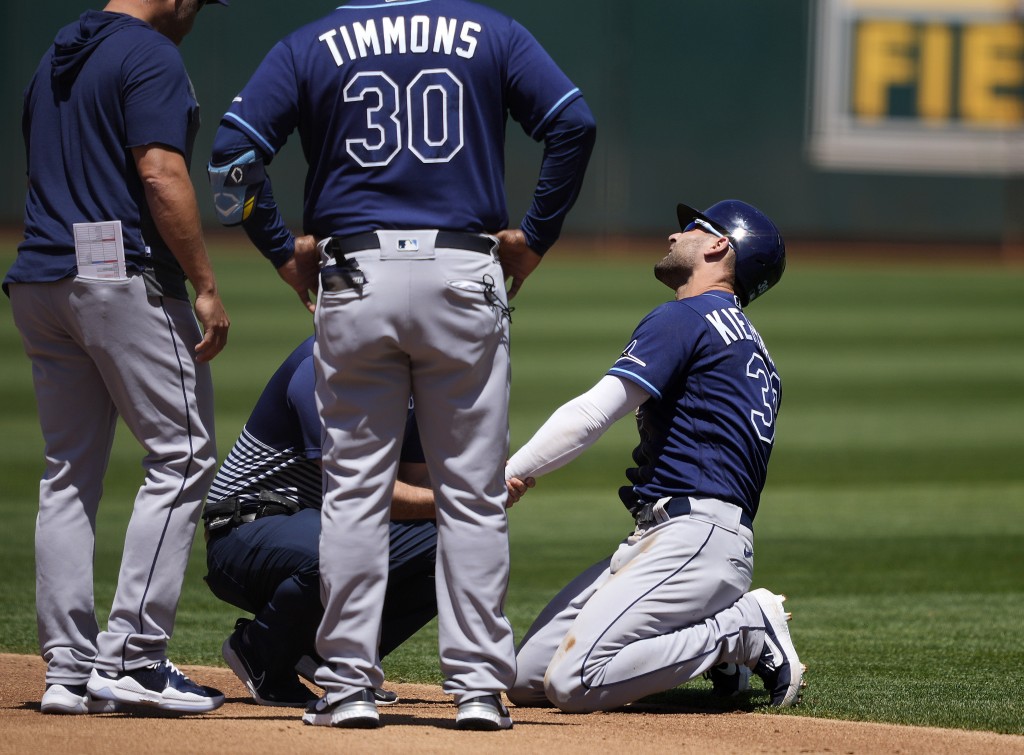 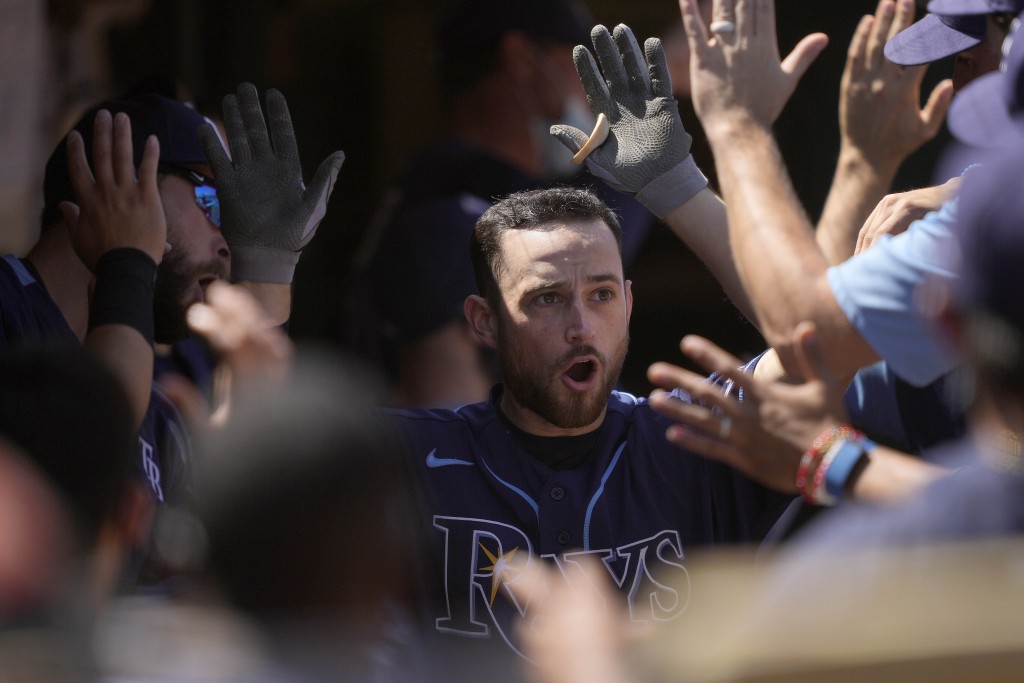 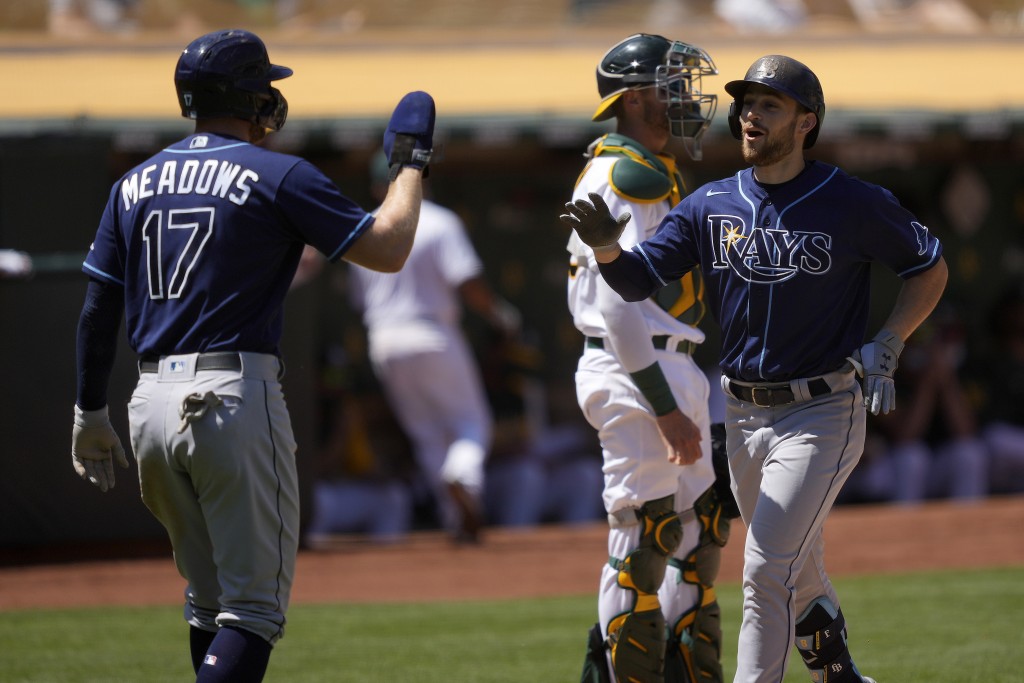 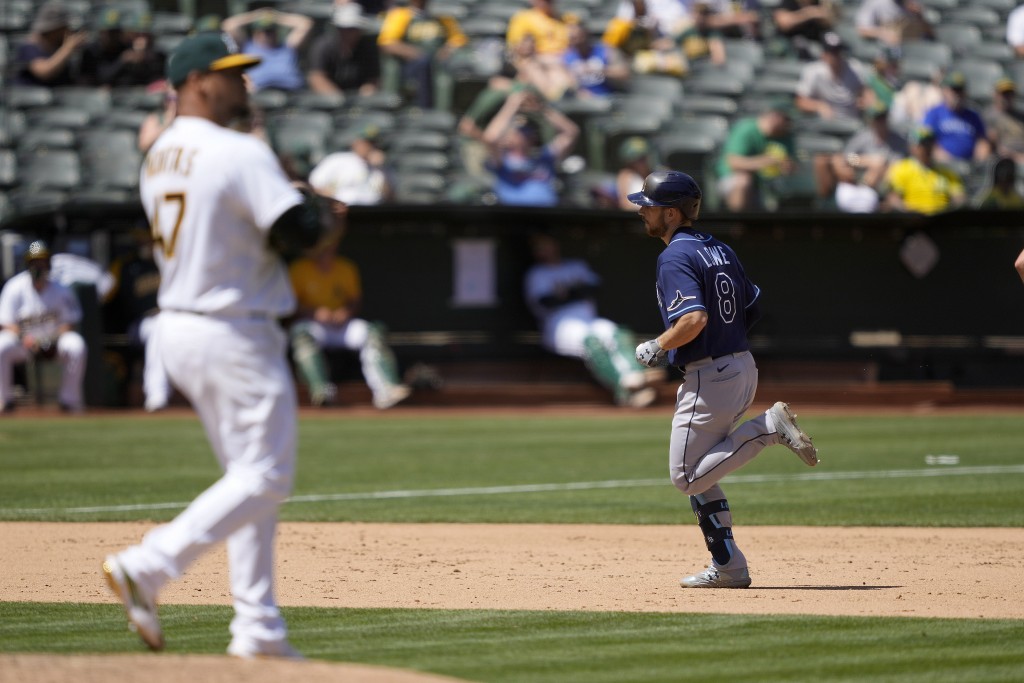 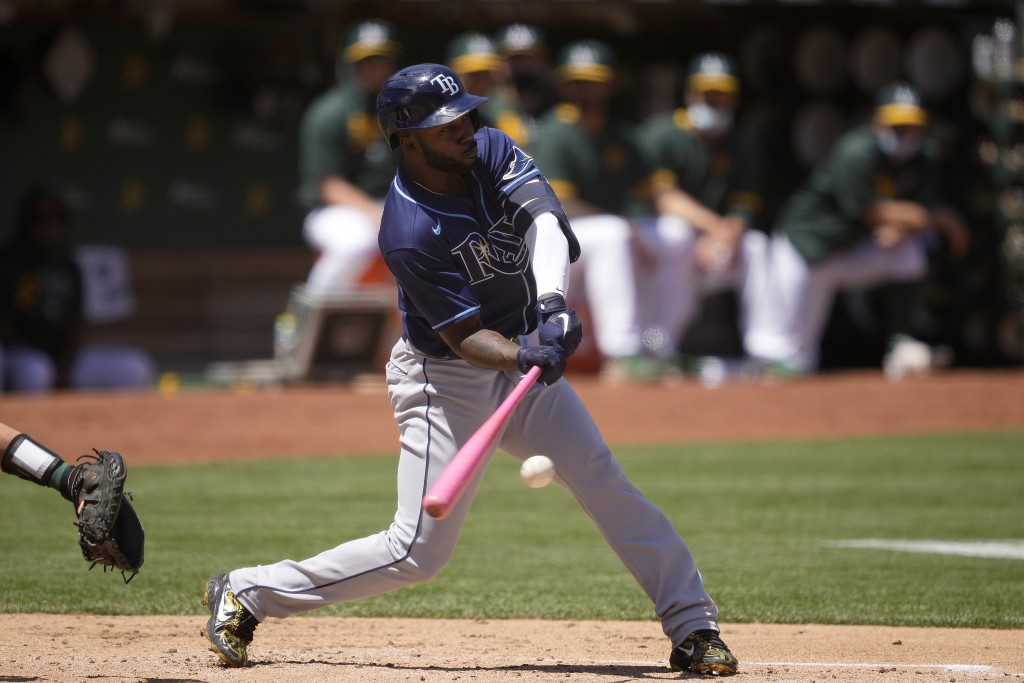 OAKLAND, Calif. (AP) — Seth Brown hit a two-run homer in the first inning a day after delivering a walkoff drive, sending the Oakland Athletics past the Tampa Bay Rays again with a 6-3 win Saturday.

Brown added an RBI single in the seventh for key insurance before the Rays got one back in the eighth on Mike Zunino's RBI single against Jake Diekman. Lou Trivino relieved and had to escape trouble recording the final four outs for his sixth save after blowing a chance in Thursday's loss to Toronto.

Austin Allen also homered for Oakland to back Frankie Montas (4-2), whose day ended in the sixth one batter after Brandon Lowe's two-run homer.

Rays center fielder Kevin Kiermaier sprained his left wrist trying to steal second base and was pulled from the game in the second inning. X-rays were negative. Manuel Margot replaced him.

The A's faced a right-handed starter for the first time in seven games, just the second time in 10 games and fourth in 15 contests — and Oakland will see another lefty starter in Sunday's series finale.

Right-hander Tyler Glasnow (4-2) struck out 11 and walked four over 5 2/3 innings while giving up three runs on two hits. The Rays stranded 11 baserunners.

Elvis Andrus added an RBI double in the eighth for the A's, who had strong-armed Ramón Laureano back playing center field after a break Friday as the designated hitter.

Trivino was tagged for a career-high-tying five runs in Thursday's 9-4 loss to the Blue Jays — his first blown save since Aug. 10 last year against the Angels. It marked the first loss by an A’s reliever this season.

Rays: C Francisco Mejía was placed on the 10-day injured list a day after being scratched because of discomfort in his left ribcage area. Manager Kevin Cash had hoped it wouldn't be anything to sideline Mejía long, but he woke Saturday with the injury making it “irritating to breathe,” so the Rays opted to give him plenty of time to recover. The move is retroactive to Thursday. ... LHP Ryan Yarbrough was reinstated from the COVID-19 IL. To clear room on the 40-man roster, RHP Chris Archer (right lateral forearm tightness) was transferred to the 60-day IL.

Athletics: RHP Mike Fiers went on the 10-day injured list retroactive to Friday with a sprained right elbow. He felt discomfort in his last outing and has some fluid build up in the elbow from a previous ligament injury. ... Jesús Luzardo (broken left pinkie) played catch from 60 feet at a low-effort level and will continue to throw from 60-75 feet over the next week before the A’s take more X-rays then determine next steps. He could return in a couple of weeks. ... LHP A.J. Puk was scheduled to throw live BP/simulated game Saturday in Las Vegas and could begin a rehab assignment this coming week. ... RHP Burch Smith was reinstated from the injured list. ... OF Chad Pinder (sprained left knee) ran the bases again Saturday among his on-field baseball work and will travel Sunday to join Triple-A Las Vegas before beginning a rehab assignment Monday that manager Bob Melvin figures will be at least three games.

A's LHP Cole Irvin (3-3, 3.09 ERA) looks to build on a career-high nine strikeouts his last time out that gave him 29 Ks over his past four starts in which he has gone 3-1. LHP Shane McClanahan (0-0, 2.25) takes the mound for Tampa Bay seeking to go more than four innings for the first time in three starts this year.