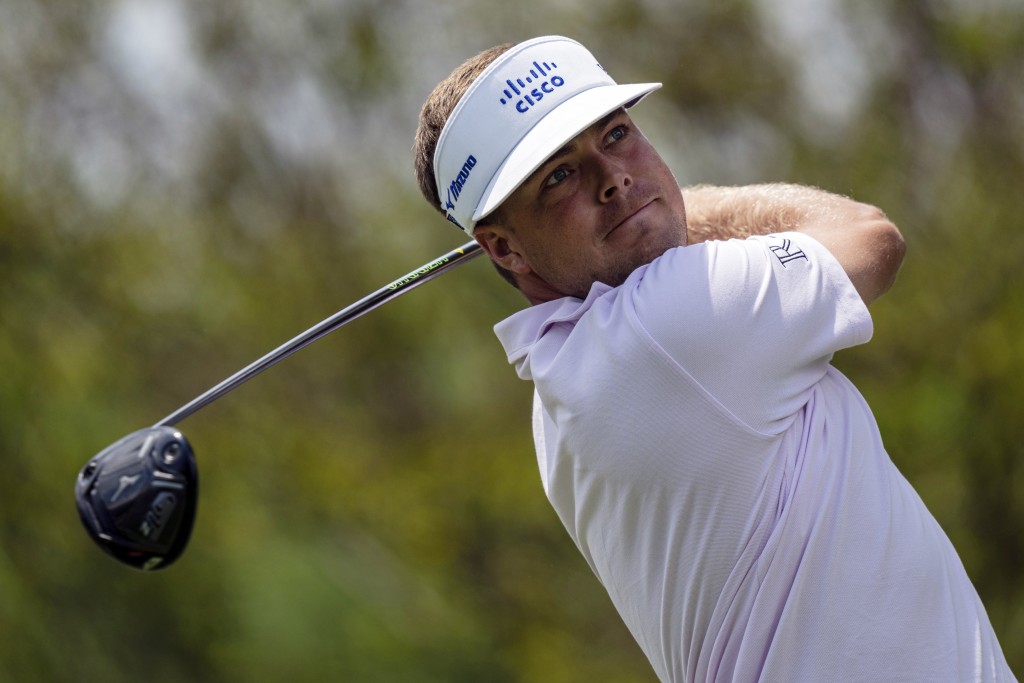 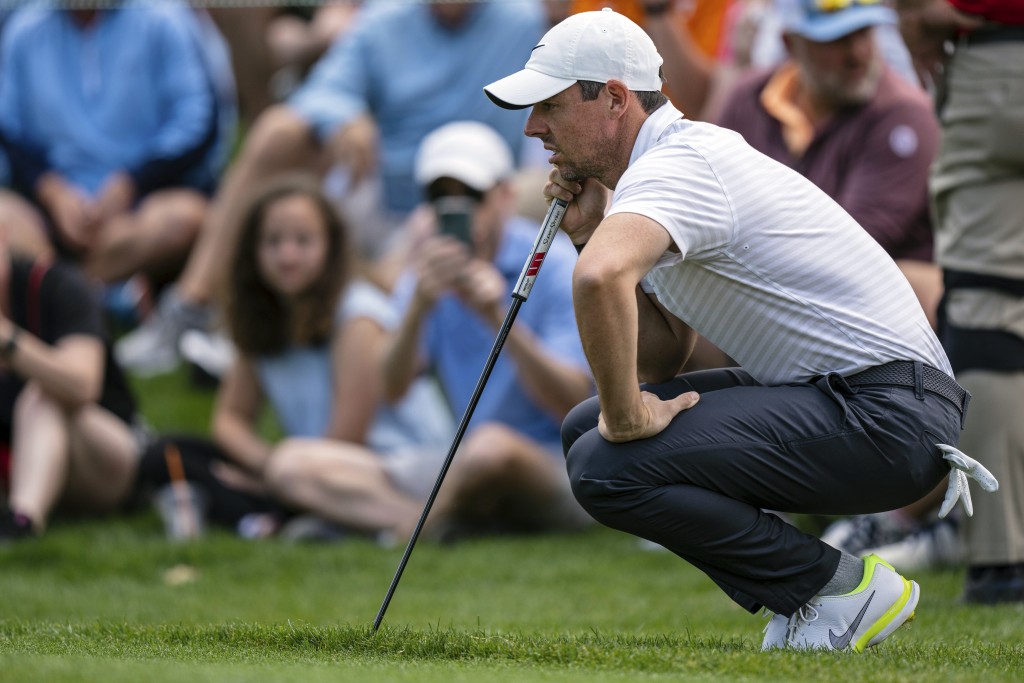 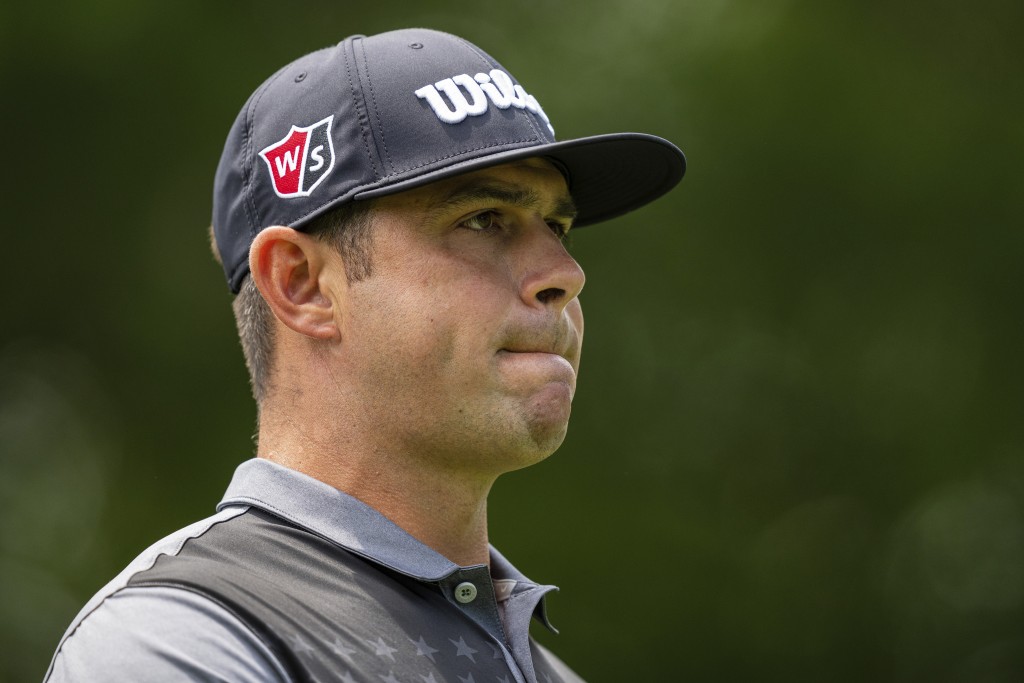 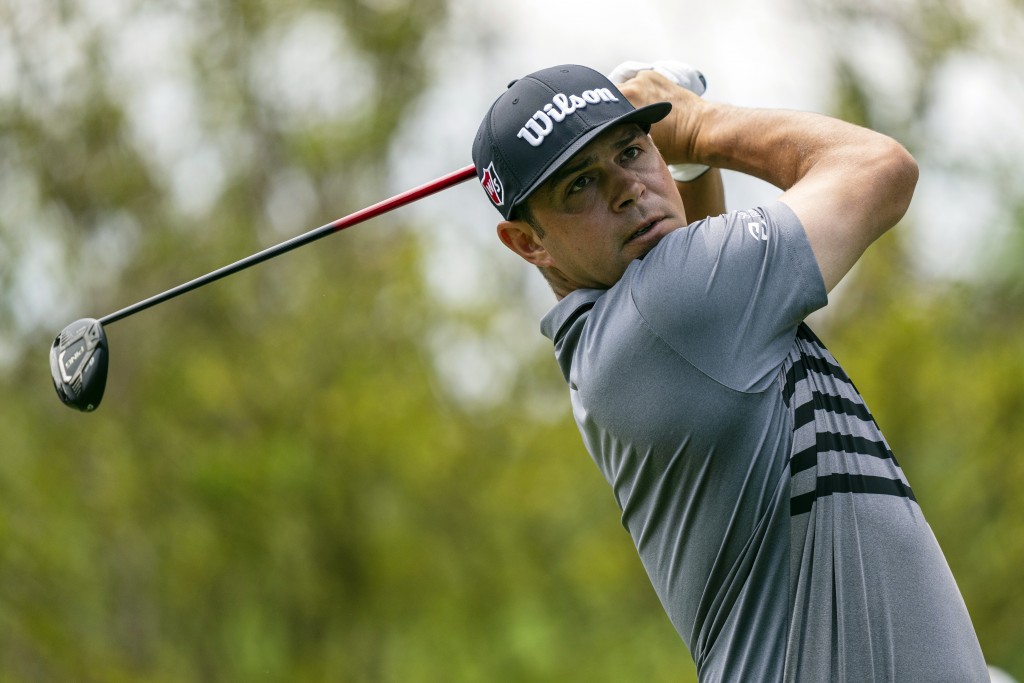 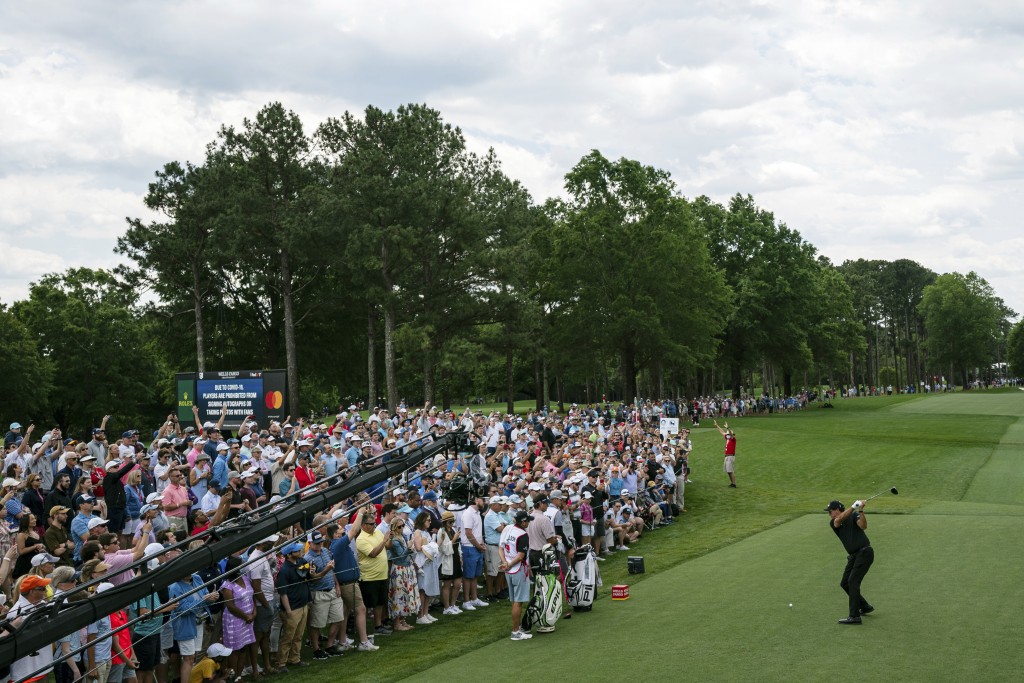 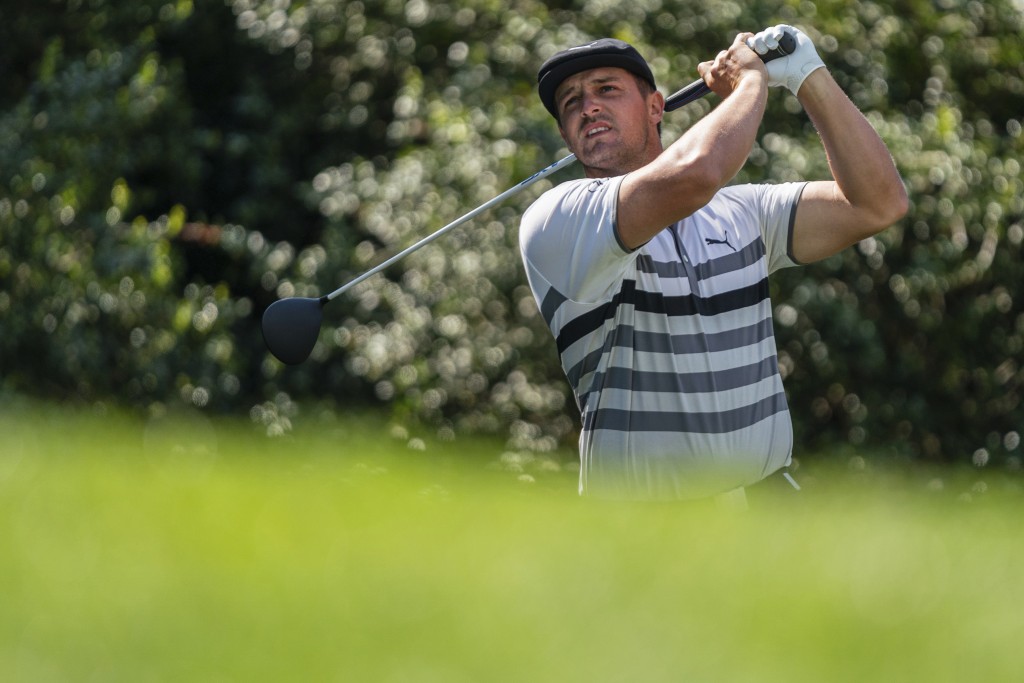 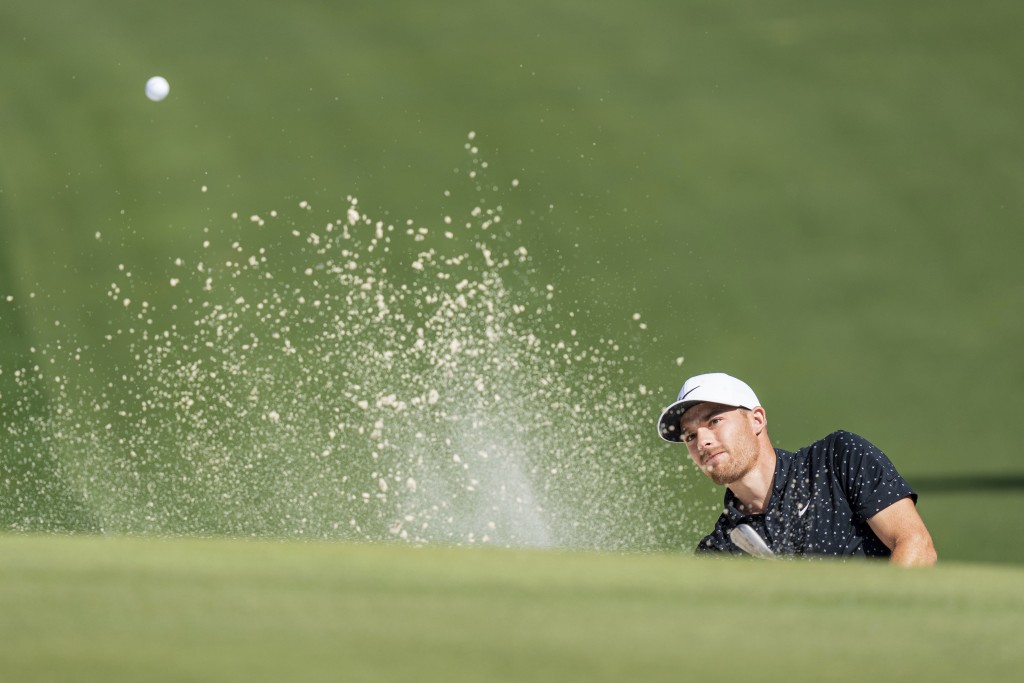 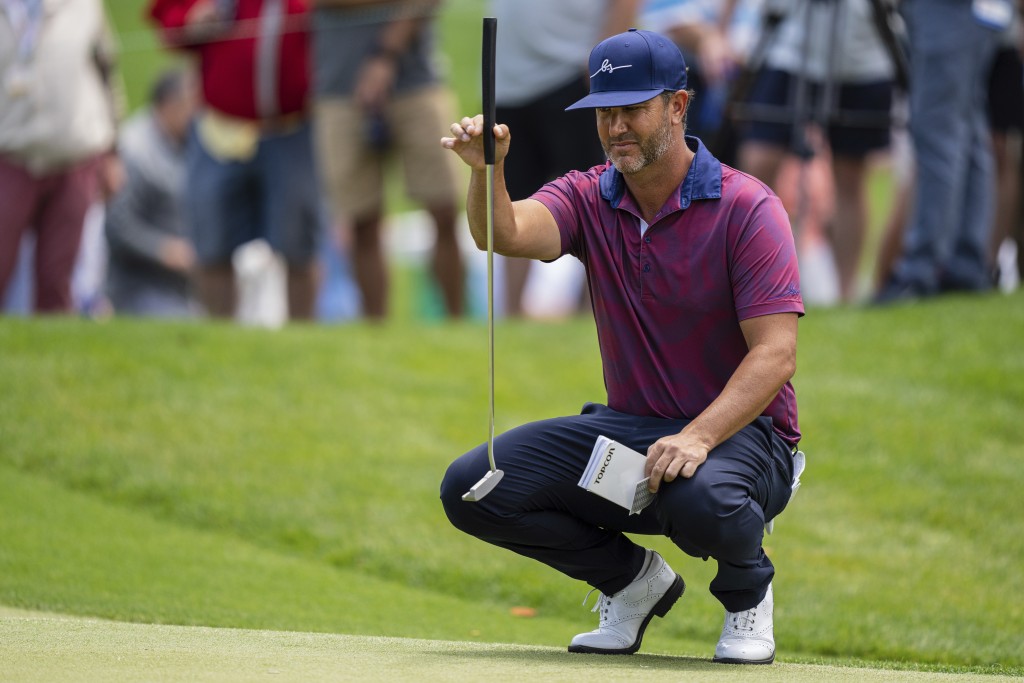 CHARLOTTE, N.C. (AP) — Keith Mitchell straightened out his putter and delivered big tee shots Saturday that carried him to a 6-under 66 and a two-shot lead over Rory McIlroy and Gary Woodland in the Wells Fargo Championship.

The putter issue is not a figure of speech.

After closing with an 82 in the Valspar Championship last week, Mitchell discovered his putter was out of alignment. He had it bent back to the right specifications, avoided mistakes that slowed so many others, and now has a chance at a second PGA Tour victory.

“I just feel like everything’s really working,” said Mitchell, who was at 9-under 204. "My driver feels great, and around this place you’ve really got to drive it well. Really just trying to keep the ball in front of me right now and see what we can do tomorrow."

McIlroy will be right there along for the ride.

A two-time winner at Quail Hollow, McIlroy raced out to the lead, steadied himself after a double bogey on the 12th hole when his drive hit a cart path, and shot 68. Winless the last 18 months, McIlroy will be in the final group for the first time since Riviera more than a year ago.

Woodland had troubles on his own, particularly a drive right of the water hazard on the par-5 seventh that turned birdie into bogey, and a lapse of poor putting down the stretch on the back nine. He still managed a 70 with a chance to win for the first time since his U.S. Open title at Pebble Beach in 2019.

With more swirling wind and some pin positions on ridges, Saturday was a day for a little separation. It began with 23 players separated by four shots. Now there are six.

It also was about avoiding mistakes, and Mitchell did that as well as anyone. He picked up a birdie on No. 9, the second-toughest hole of the day, and took care of most of the scoring chance. Mostly, though, he avoided the blunders that slowed McIlroy and Woodland, and eliminated so many others.

“Some golf courses on the PGA Tour you can hit bad shots, get away with it and still try to make birdie,” Mitchell said. “You can’t do that here. I think that’s a true test of golf. I don’t think golf would be fun if every course was like this. I just feel more comfortable around a tougher course.”

McIlroy was dialed in with the speed of his putts, critical on a day with a hard wind. But on No. 12, his drive to the left hit hard off the path and well onto a hill. Trying to pitch under trees, he couldn't get back to the fairway, and was blocked by another tree that forced him to punch one up to the front right of the green. The pin was back left, and he three-putted from 85 feet for double bogey.

McIlroy saved par with an 8-foot putt on the next hole, as meaningful a putt as he made all day.

Woodland recovered from his bogey on the par-5 seventh with a great drive to set up a simple up-and-down for birdie at No. 8, and he was right back in the lead with a birdie on the 10th. But he dropped shots on the 13th and 14th, three-putting the latter. He took three shots to get down from 45 feet off the 15th green and had to settle for par.

A birdie on the 17th got him within range.

Missing from the action is Phil Mickelson, whose 64 in the opening round now feels like more than two days ago. He took double bogey from the trees on No. 9 and came up short in the water on the 136-yard 17th hole for another double bogey and a 76. He is 9 over the last two rounds and tied for 55th.

Still playing is Bryson DeChambeau, but not after an 1,800-mile round trip home to Dallas and back when he thought he missed the cut. He made it back to Quail Hollow with an hour to spare and shot 68, with a double bogey on the last hole, and was eight shots behind.

The trick was avoiding mistakes.