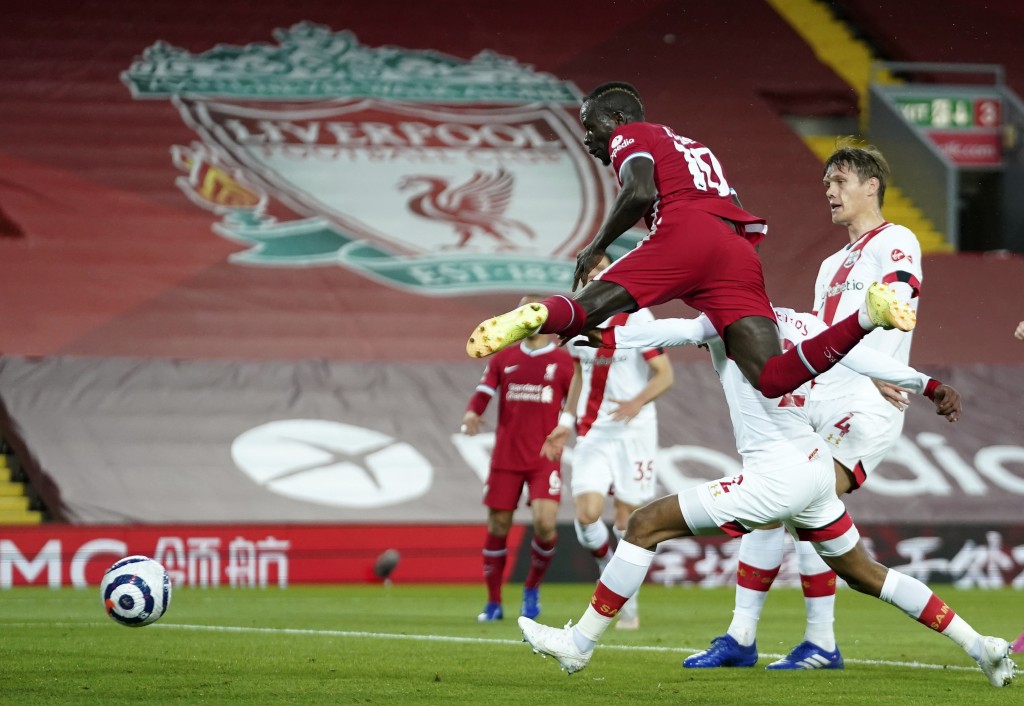 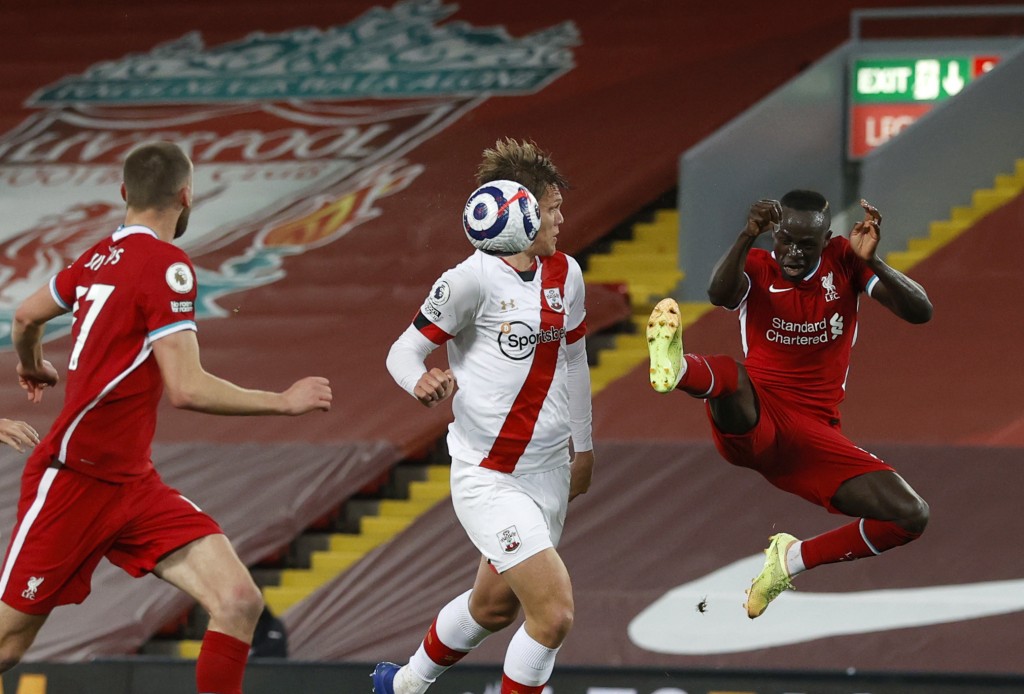 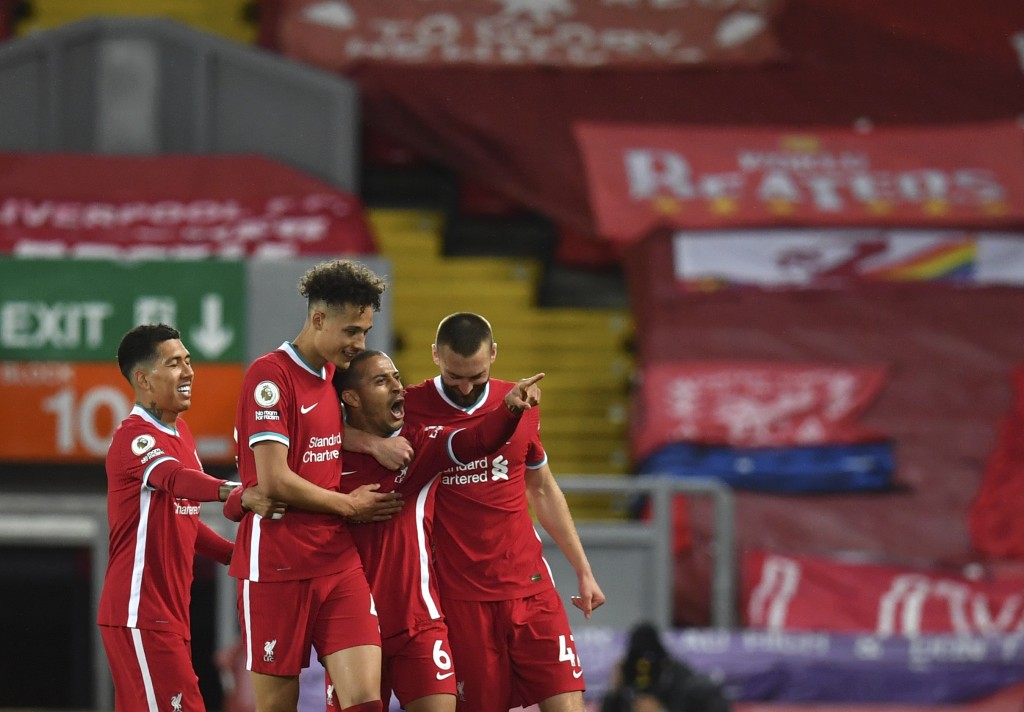 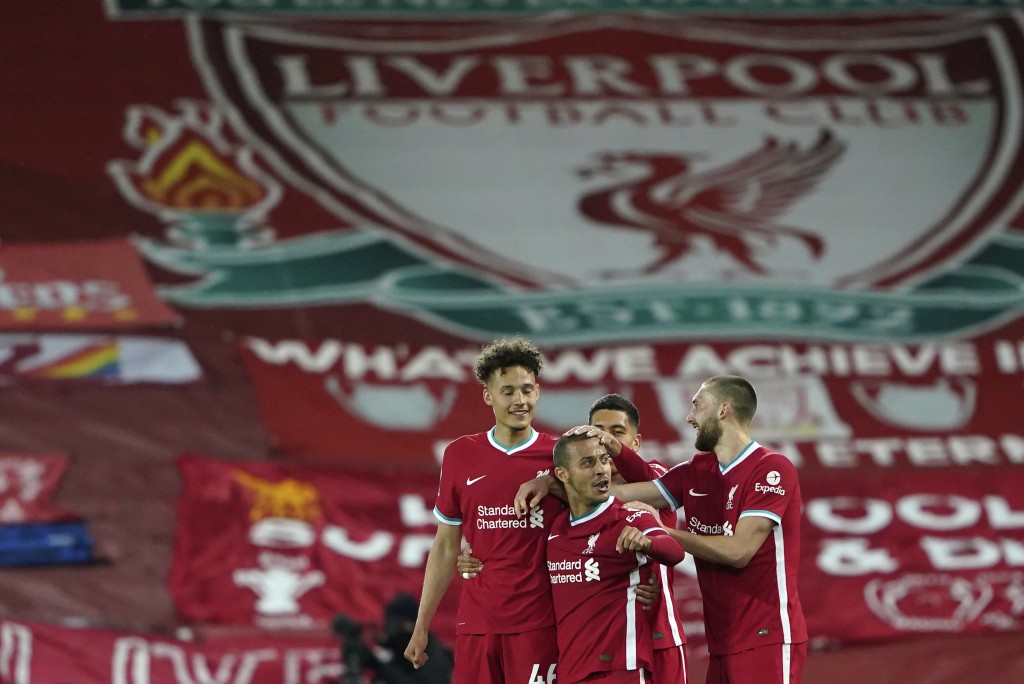 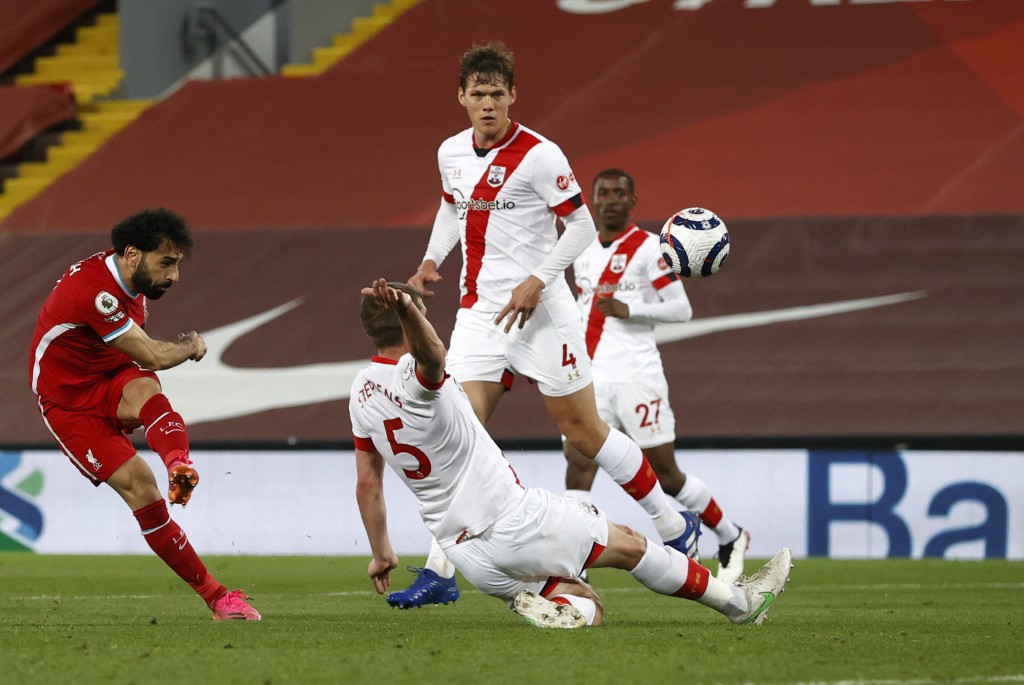 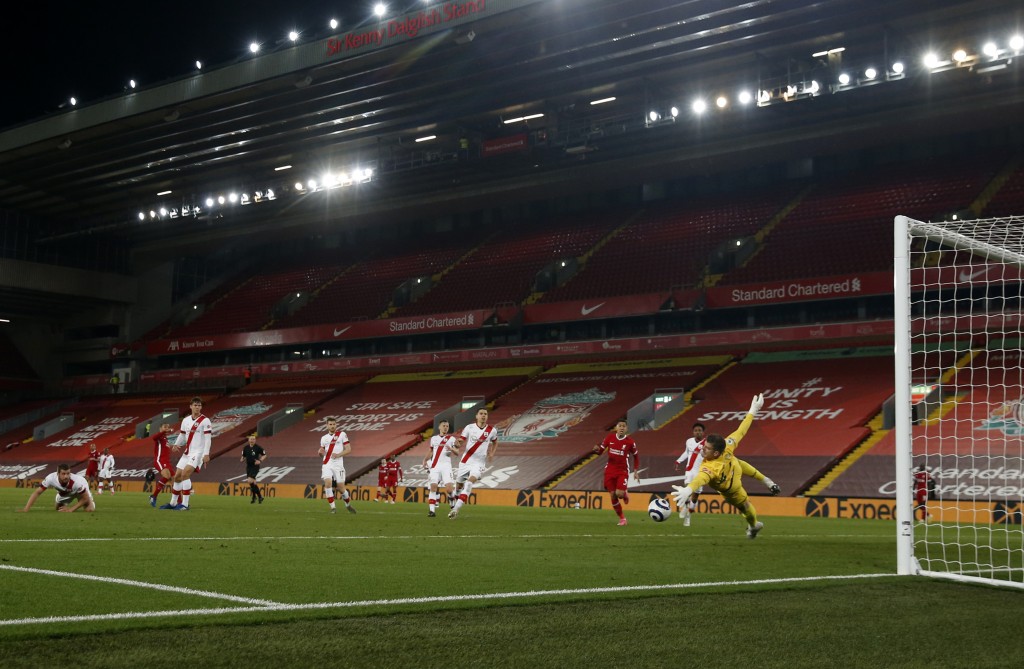 LIVERPOOL, England (AP) — Liverpool kept its faint top four hopes alive in the English Premier League after beating Southampton by an unconvincing 2-0 at Anfield on Saturday.

Jurgen Klopp's side stumbled over the line for only a second league win at home in 2021 thanks to Sadio Mane's first-half header and Thiago Alcantara's first goal for the club in the 90th minute.

At this stage of the campaign, results rather than performances are the preference and considering Liverpool’s woeful home record this year, this was a welcome boost after conceding late equalizers in its previous two matches. But this performance did not bode well for its Champions League aspirations.

“We are kind of (in the top-four race),” Klopp said. "It's not impossible but it's difficult. We will give it a try and see where we get to.”

More injuries — to Ozan Kabak, Ben Davies, James Milner and Naby Keita — meant academy graduate Rhys Williams was drafted in for his first start in two months alongside Nat Phillips, returning at centre back after a two-match absence.

It also meant Klopp was without his three first-choice central defenders plus the two he signed in January as cover.

His lack of resources showed with Ben Woodburn, who spent the first half of the season on loan at Blackpool, in the squad for the first time in two years alongside 18-year-old centre back Billy Koumetio, making his debut on a Premier League bench.

The game quickly settled into a familiar pattern at Anfield of chances created but not converted.

Mane made no mistake from Mohamed Salah's 31st-minute cross — the first time this season the pair combined for a Premier League goal.

The host's anxiety wasn't calmed until just after 90 minutes when Thiago scored from outside the edge of the penalty area.

But the worrying is far from over for Southampton, which is not mathematically safe. A 13th defeat in 17 matches left it still looking over its shoulders.