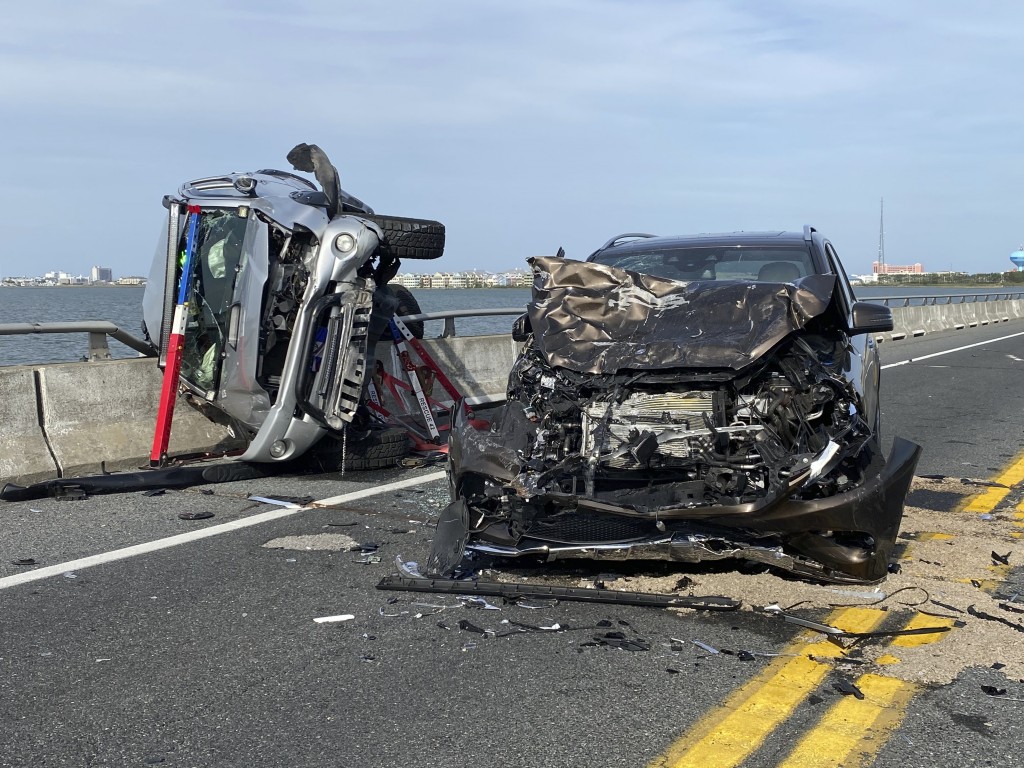 OCEAN CITY, Md. (AP) — A Maryland man is being hailed as a hero for leaping off a bridge into a bay to save a 2-year-old girl who had been ejected from a wrecked vehicle into the waters below.

Ocean City emergency responders met up Friday with Jonathan Bauer, who shared his story publicly for the first time since the crash May 2 that prompted him to leap from a height of at least 25 feet (7 meters) into the water, the Daily Times reported.

Bauer was running errands with his 13-year-old daughter when five vehicles collided that Sunday not far from him on the Route 90 bridge over Assawoman Bay in Ocean City. He said he saw one of the vehicles, a truck, left teetering on the bridge’s guardrail.

“First thing I remember hearing was the tire screech, and then the truck swaying back and forth like it was losing control,” Bauer said.

Bauer said he went and looked down to the water and saw a car seat and then — about 6 feet (2 meters) away — the little girl floating. He said he frantically looked to see if there were any boats nearby that could come to her aid.

At first, he said, “I saw the little girl and she was on her back floating perfectly on her back, arms moving, legs kicking.” Choking up, he added, “Then I looked over to the water and she had flipped over onto her stomach and her face was in the water.”

He plunged in and rescued the girl, who was airlifted to a hospital in Baltimore, the report said. Police say the girl is expected to make a full recovery, adding seven others in the crash have since been treated at hospitals and released.

Ocean City Fire Chief Richard Bowers called Bauer a “humble hero” for putting his own life on the line by plunging into the shallow water from high up.

“What he did was without question a heroic thing, and very courageous thing to jump into over the railing, down 25 to 30 feet into open water,” Bowers said.