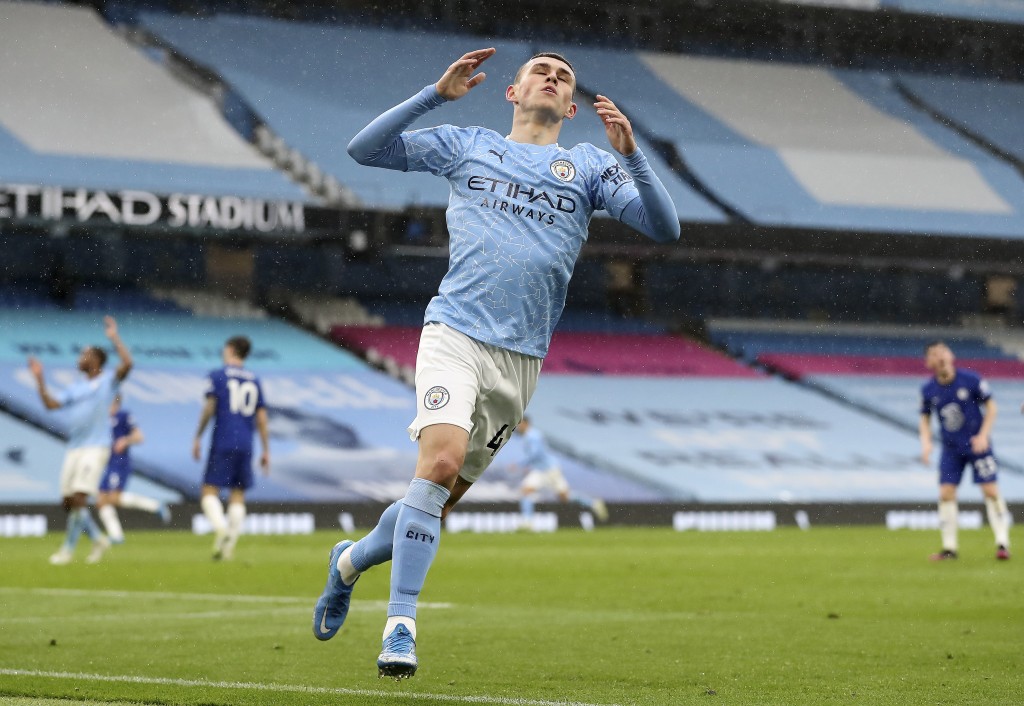 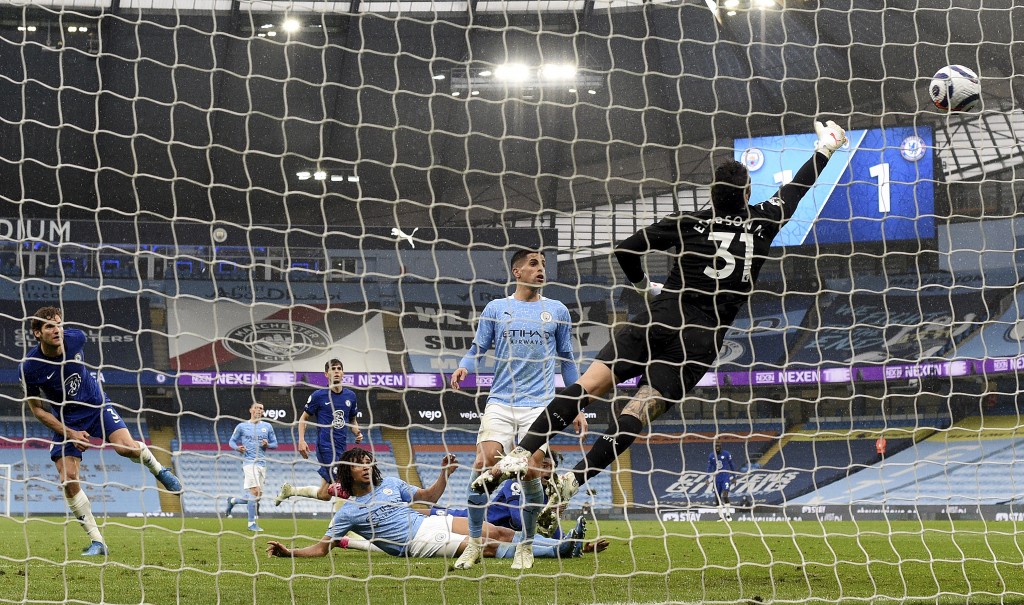 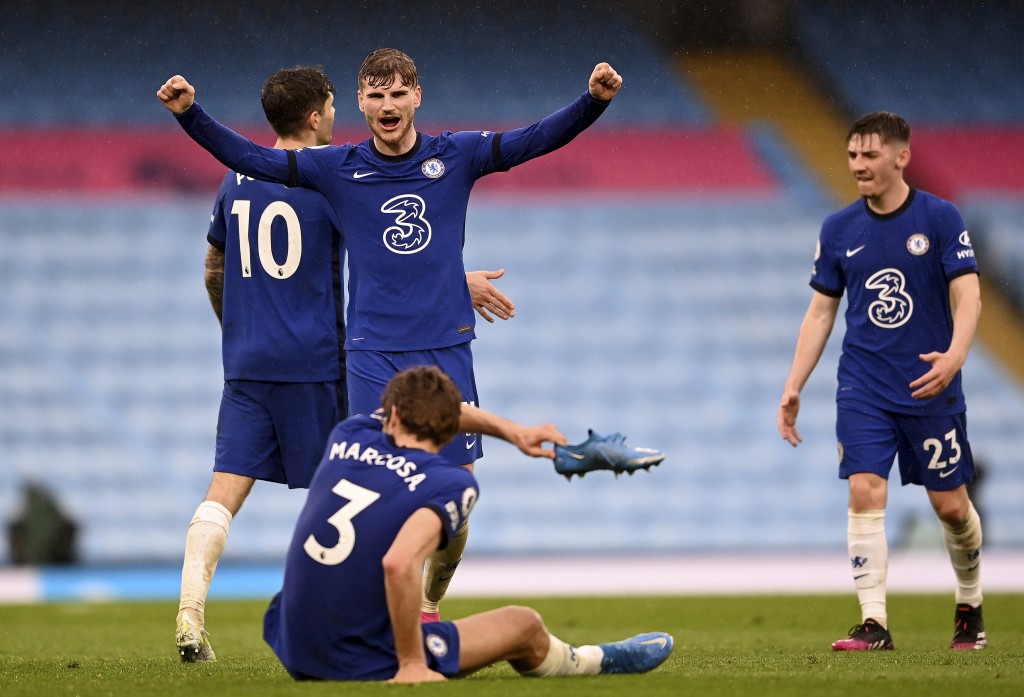 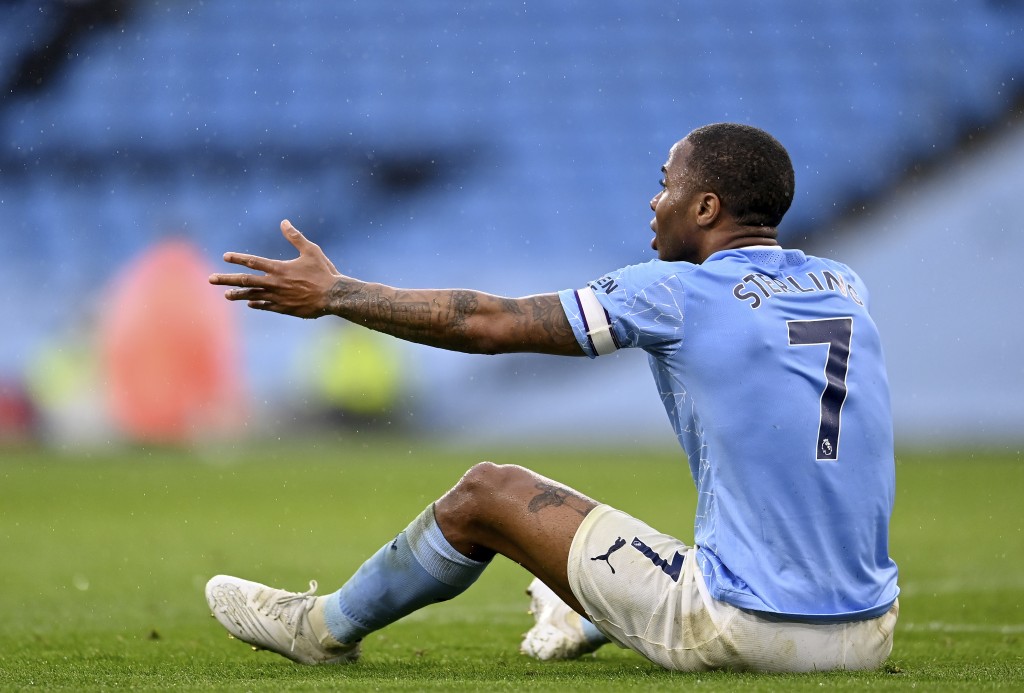 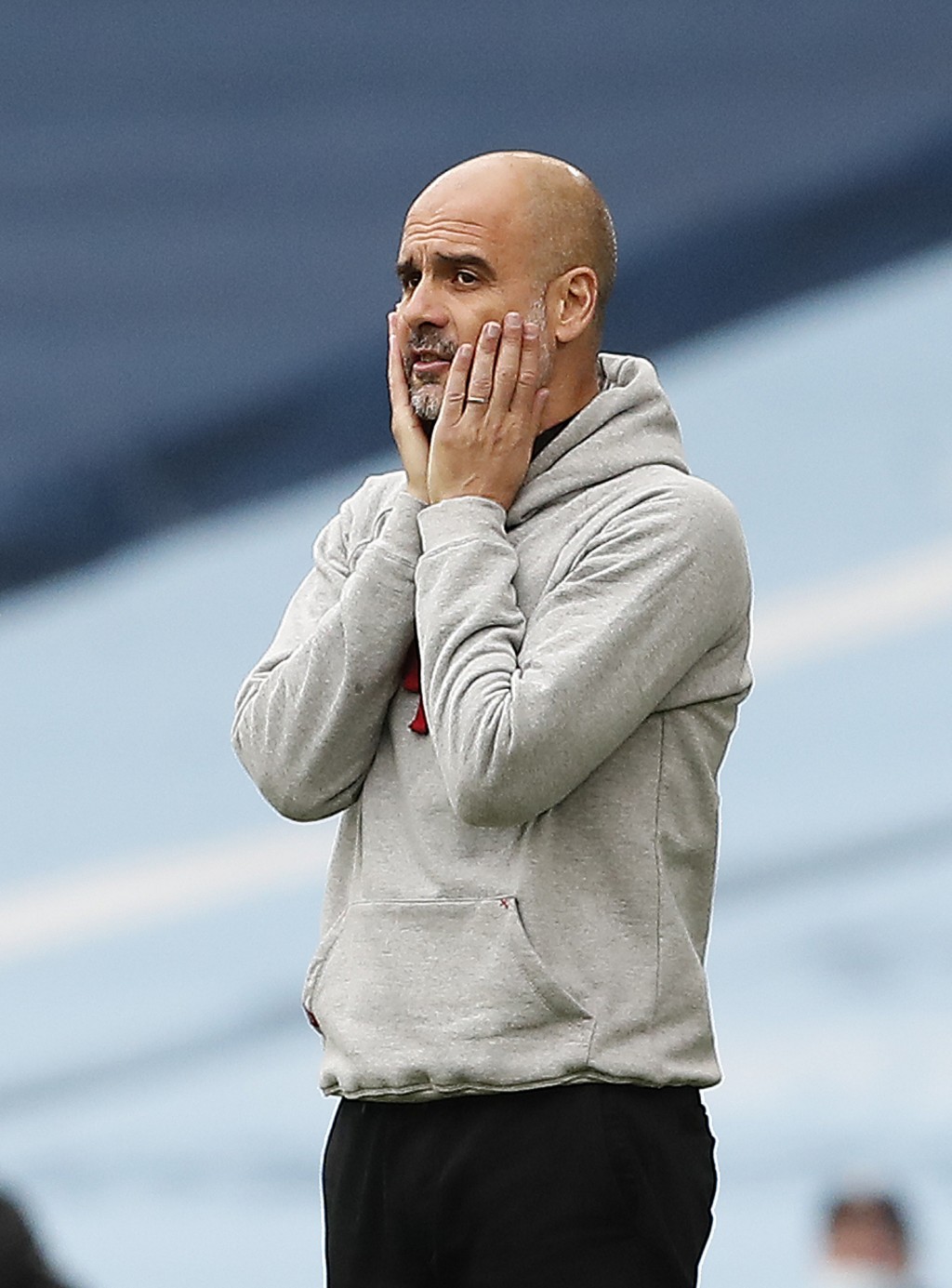 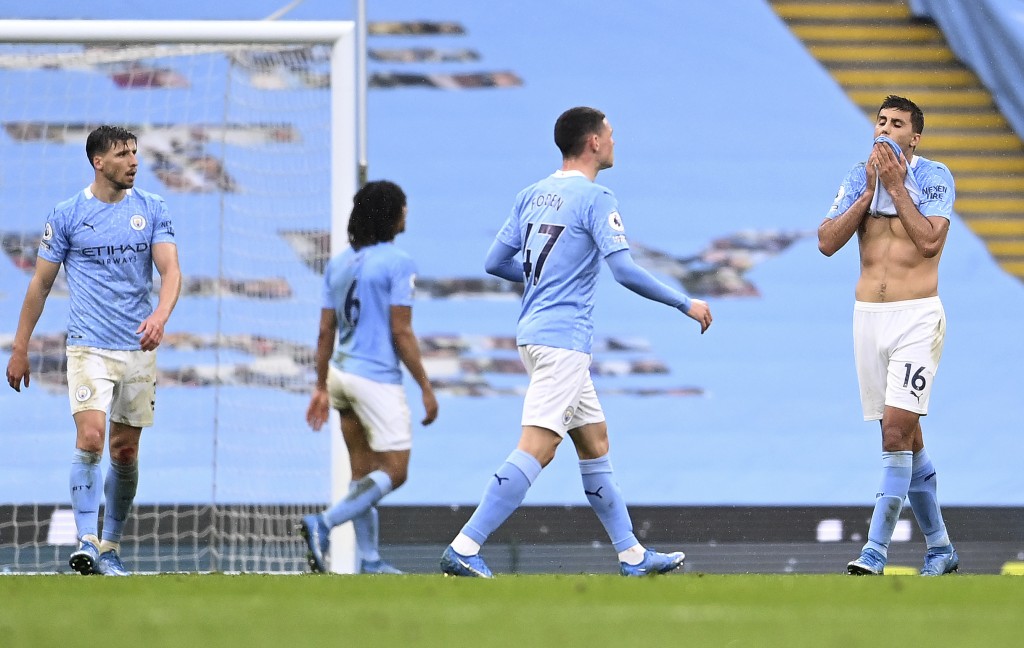 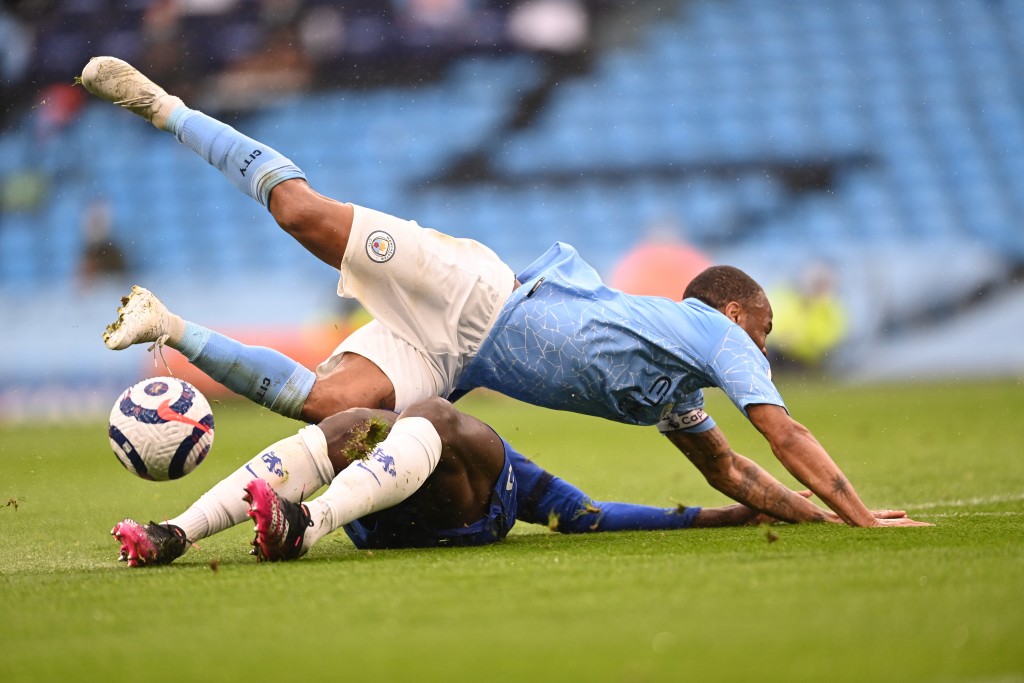 MANCHESTER, England (AP) — No title celebrations yet for Manchester City, just so much frustration.

Surely that's enough breathing space to hold on to top spot and for Sergio Agüero not to be regretting the fluffed penalty when City's lead could have been doubled in first-half stoppage time just after Raheem Sterling's opener.

Rather than blasting the kick into the net, City's record scorer nonchalantly chipped a “Panenka” penalty centrally lacking pace so that it was easily saved by Chelsea goalkeeper Edouard Mendy with one hand.

No wonder on the substitutes' bench Fernandinho threw his arms in the air and Eric Garcia flung a florescent bib over his head.

In the second half — after Hakim Ziyech leveled in the 63rd minute from a Cesar Azpilicueta counterattack — the City subs were howling in frustration again, flinging their arms up. This time, their target was referee Anthony Taylor.

“I thought VAR was here to help, but it was not meant to be,” Sterling said. “The referee said it had been checked, cleared, and was not a penalty, but for me it was.”

In 2012 it was a stoppage time goal — by Agüero — that sealed City's first Premier League trophy with almost the last kick of the season. Nine years later, it was Marcos Alonso scoring in injury time for Chelsea that spoiled the party.

“We had chances to finish the game off," Sterling said. “We didn’t and got punished.”

There's still time to get the job done. In fact, the title could be won before City plays again on Friday at Newcastle if second-placed Manchester United loses any of its three games before then. But if United wins all three, City's 13-point lead will be trimmed to four.

There's a significance to this victory for Chelsea away from the title race, as the west London club moved into third place having been five points from the four Champions League places when Frank Lampard was fired in January and Thomas Tuchel was hired.

Winning the Champions League would clinch a spot in the competition regardless of the domestic placing, but Chelsea would have to overcome City again in three weeks in the final.

It wasn’t much of a dress rehearsal for the Champions League final. More of a stage for understudies.

“We played a system we’re not used to,” Sterling said after Guardiola played Rodri as the only midfielder.

How much is Guardiola regretting making nine changes from the City side that beat Paris Saint-Germain here on Tuesday?

“We can learn from that and move on,” Guardiola said. “We have another three chances to be champions.”

But Tuchel also made five changes from Wednesday's victory over Real Madrid and it paid off, beating City just like in the FA Cup semifinals last month.

“If they score the penalty maybe it is over before it starts, at 2-0 you have no chance to come back,” Tuchel said. “I was impressed by the reaction and the performance in the second half. If you want to steal all three points here after being down, you need a bit of luck, decisions from the referee."