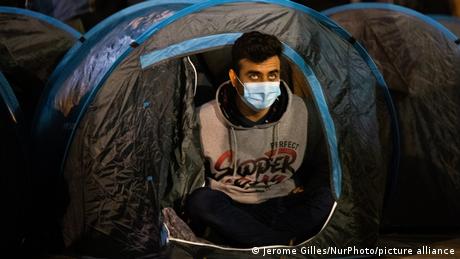 The European Council on Saturday adopted a non-binding declaration promoting social cohesion and prosperity in the European Union, following the coronavirus pandemic that has seen inequalities widen.

Leaders of the bloc's 27 member states signed the document after holding two days of informal meetings in the Portuguese city of Porto.

"Our commitment to unity and solidarity also means ensuring equal opportunities for all and that no one is left behind," the leaders declared.

Portugal's President Antonio Costa, whose country holds the rotating
presidency of the EU Council, said the agreement was crucial for instigating progress in Europe.

What's in the declaration?

It states that "the risks of exclusion for particularly vulnerable social groups such as the long-term unemployed, the elderly, persons with disabilities and the homeless" must be addressed.

The declaration lays out the need to support young people who, it says, have: "been very negatively affected by the COVID-19 crisis," due to disruption to their education and entry to the labor market.

It stresses the need to support job creation as well as the need for new skills and education.

The document also says the European Council will "step up efforts to fight discrimination" and work to close gender pay and pensions gaps.

But news agency Reuters reported that lobbying by Poland and Hungary led to the removal of the phrase "gender equality" in the document.