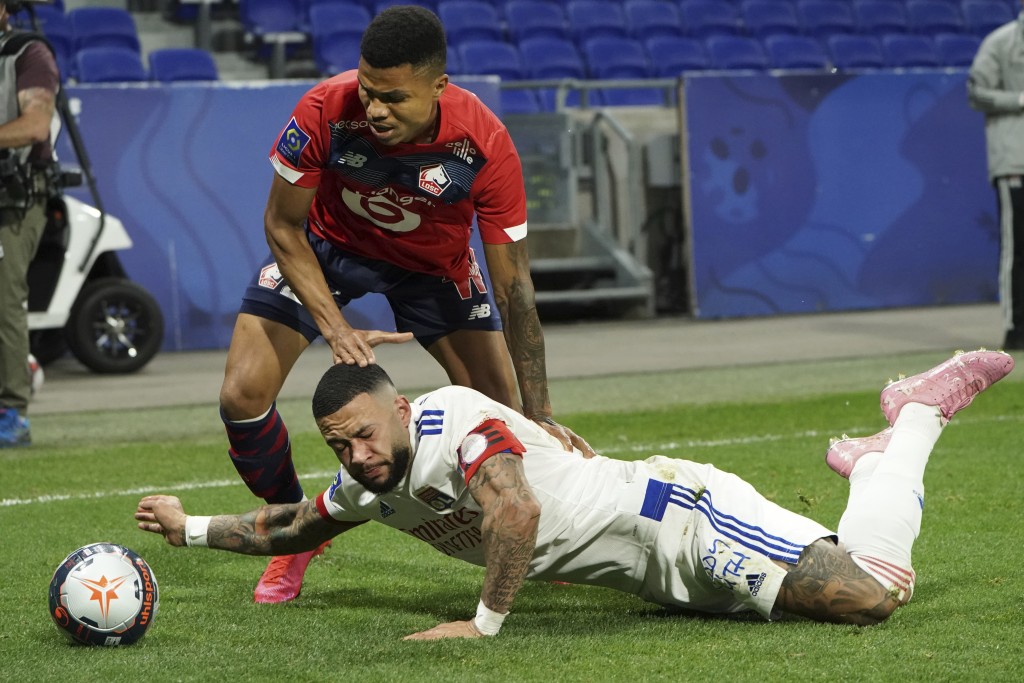 Lyon was two points ahead of Monaco, which lost to Lyon last weekend and needs a victory at Reims on Sunday to reclaim the Champions League spot.

With Depay watching from the stands, Bruno Guimaraes retook a penalty and scored with the same long, staggered run up. That made it 3-0 after 70 minutes and maintained Lyon's perfect record from the spot.

The Brazilian midfielder's first effort was well saved by goalkeeper Paul Nardi, who dived low to his right. But Nardi did not keep both feet on the line and, after the referee ordered the retake, Guimaraes sent Nardi the wrong way.

All of which highly amused Depay, Lyon's regular taker and scorer of eight of Lyon's 11 so far. The rested Dutchman has 19 league goals — second overall — but wasn't needed as Lyon scored four times after the break.

France midfielder Houssem Aouar and Brazil midfielder Lucas Paqueta netted the first two, and Guimaraes the last with an assured dummy and finish in the 76th.

In the day's other match, Nantes boosted its chances of staying up by beating struggling Bordeaux 3-0 at home for a third straight victory.

Nantes remained 18th — the relegation-promotion playoff spot — but moved to one point behind Lorient and safety.

Leader Lille won at Lens 3-0 on Friday to move four points ahead of defending champion Paris Saint-Germain, which is at Europa League-chasing Rennes on Sunday.