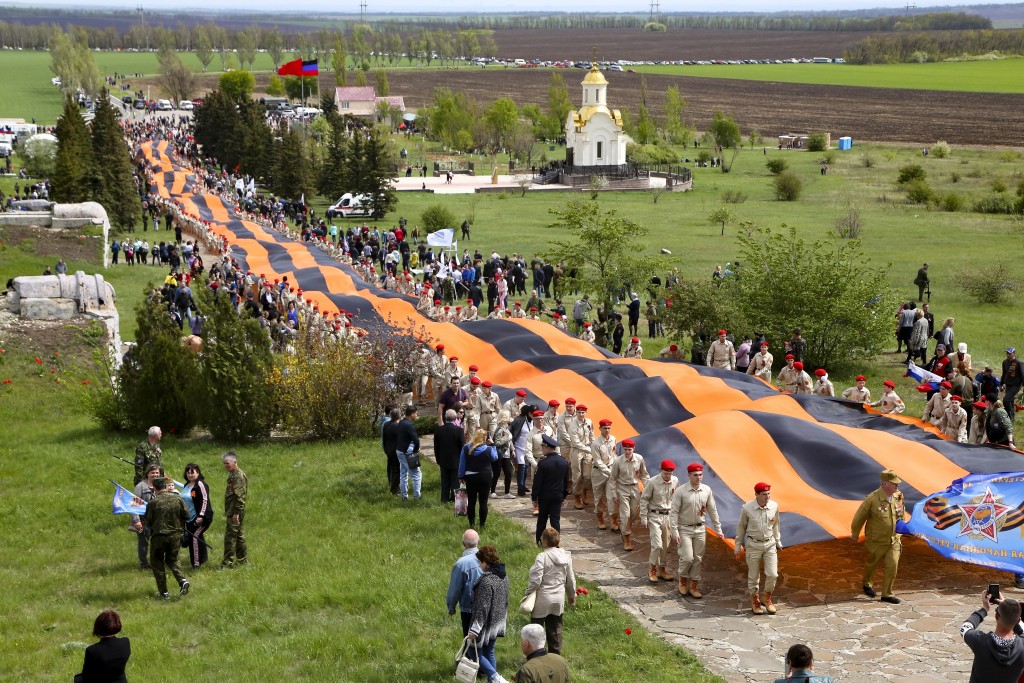 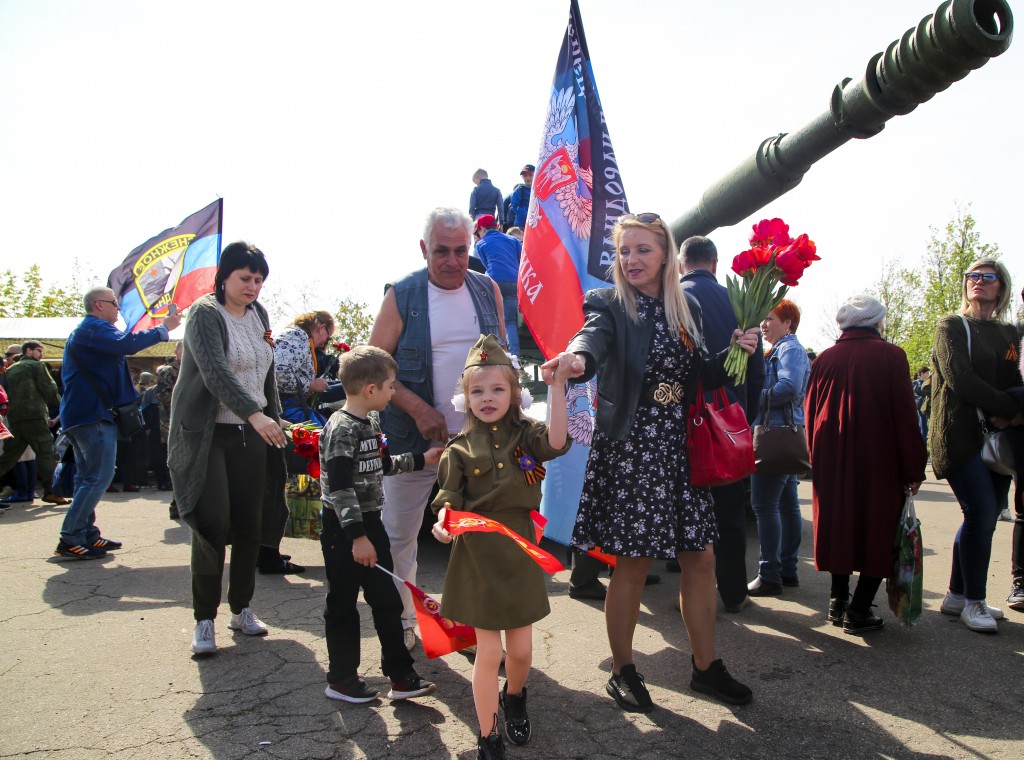 KYIV, Ukraine (AP) — Ukraine’s president marked the anniversary of World War II's end in Europe by visiting a village along the Russian border, where tensions had escalated during a recent Russian military buildup.

President Volodymyr Zelenskyy visited the village of Milovoe in eastern Ukraine with ambassadors from the European Union and the Group of Seven wealthy nations.

Milovoe is located in the Luhansk region, much of which has been under the control of Russia-backed separatists since 2014 along with a large part of the adjacent Donetsk region.

More than 14,000 people have been killed during seven years of fighting between the separatists and Ukrainian forces. Ukraine says 36 of its soldiers have died in rebel attacks so far this year.

A massive troop buildup and military exercises in western Russia near the border with Ukraine caused alarm among Ukrainian officials and their allies before Moscow pulled the troops back.

“Ukrainians fought together with dozens of peoples against Nazism... and definitely not for war to take the lives of our people 76 years later,” Zelenskyy said during his visit to the village.

Saturday was Victory in Europe Day, which commemorates the anniversary of the Allies formally accepting Germany's surrender in World War II.

At the Saur-Mogila war memorial in Ukraine's rebel-held territory, demonstrators unfurled a 300-meter (1,000-foot) brown-and-orange banner — the colors of the ribbon on the medal given to Soviet soldiers who served in World War II.