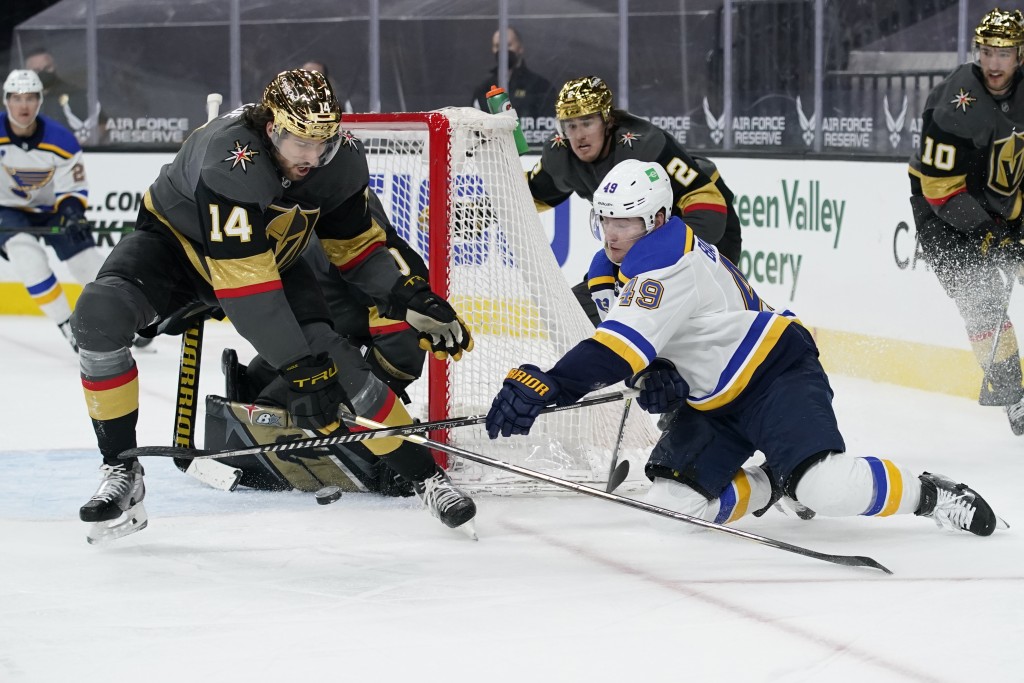 The NHL is relaxing virus protocols during the playoffs for teams that reach a threshold for vaccination.

The changes include loosened restrictions on indoor and outdoor dining, testing frequency and mask-wearing and quarantine requirements.

According to the memo, which has been viewed by The Associated Press, fully vaccinated individuals can dine outdoors or inside (in a private section or room with masked servers), visit each other's hotel rooms, go golfing and have other social gatherings without masking or distancing requirements. They also won't have to quarantine for potential exposure or be subject to testing on off days, and in some cases rapid tests prior to games.

“The only thing we’ve missed is those team bonding (meals), going out to dinner and kind of going to those small-group type things where you really get to know a teammate that way,” veteran Washington Capitals goaltender Craig Anderson said Saturday. “As far as meals at the hotels and whatnot, we still can kind of get together for the most part and it feels for the most part as normal as can be considering the circumstances.”

The league had maintained strict COVID-19 rules since the start of the season and added more protections in February when cases were increasing. Team staff and family were instructed Feb. 11 to avoid public settings and even get groceries delivered, restrictions that have been in place since.

"We’ve been in total isolation," Vegas Golden Knights goalie Robin Lehner said last month. “We can’t get out of our house. We can’t go out of our hotel. We can’t do anything. And it’s been over a year now, and no one ever talks about the mental health impact about that stuff.”

The NHL is the last of the major four North American pro sports leagues to announce plans to relax virus protocols for teams based on vaccination levels. This move is likely to affect the 12 U.S. playoff teams first because vaccinations have lagged for those in Canada.

Fully vaccinated officiating crews also can also take advantage of the relaxed protocols if both teams of the playoff series they are working are also considered fully vaccinated.