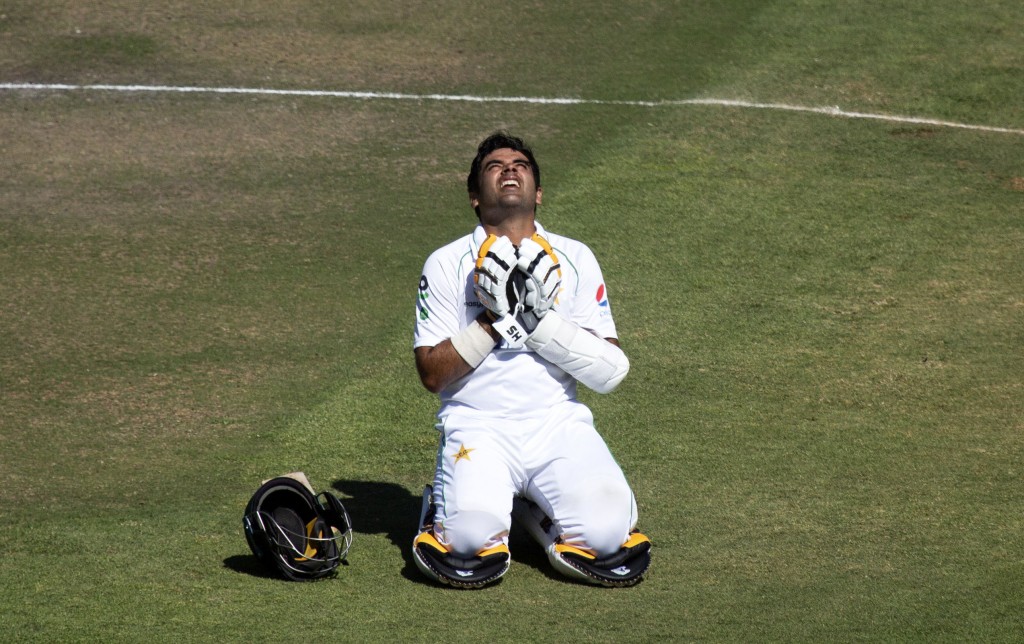 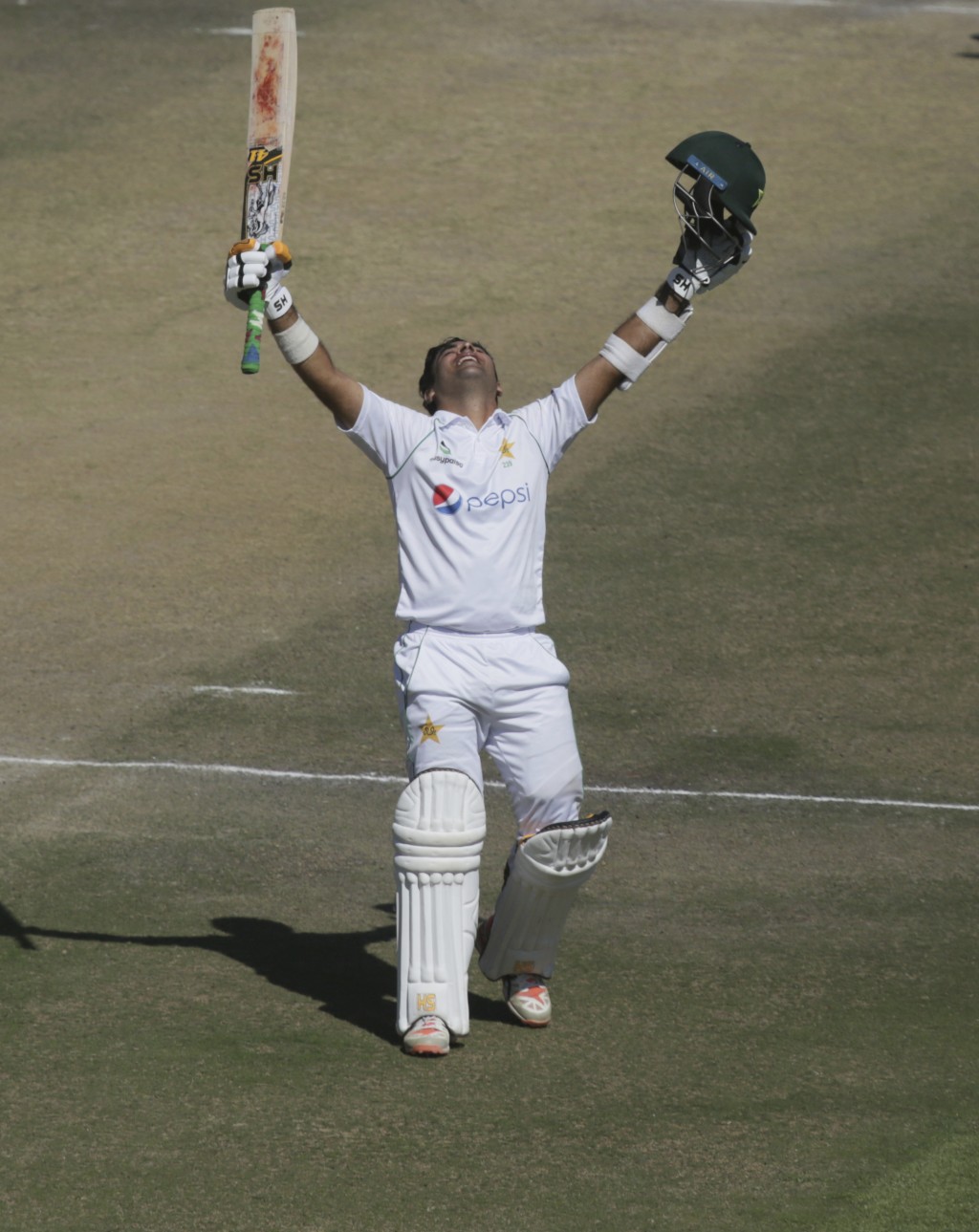 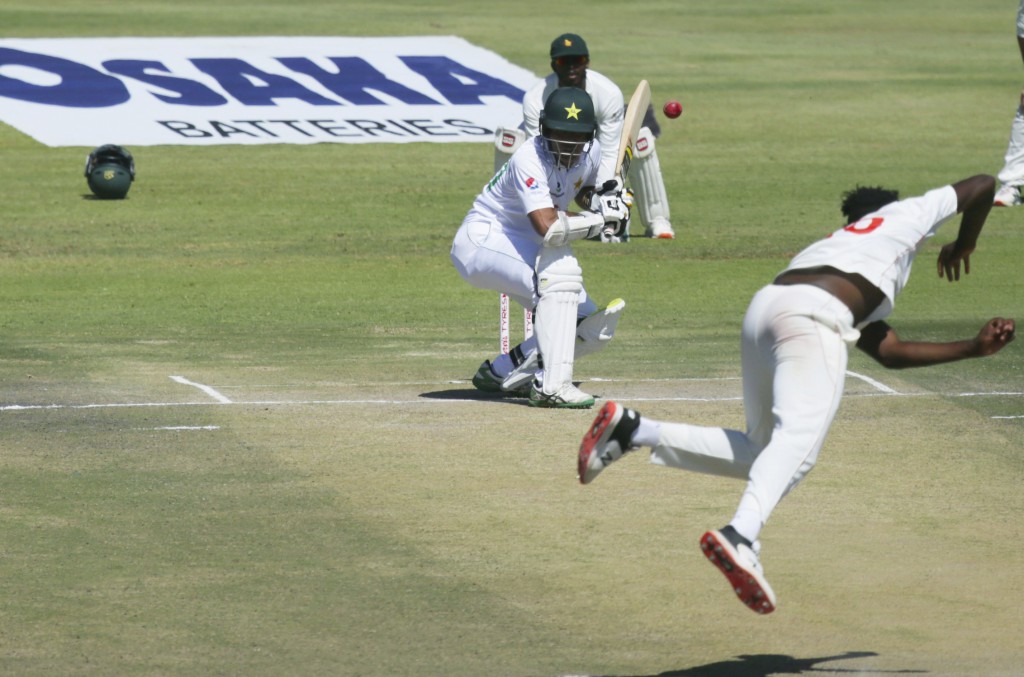 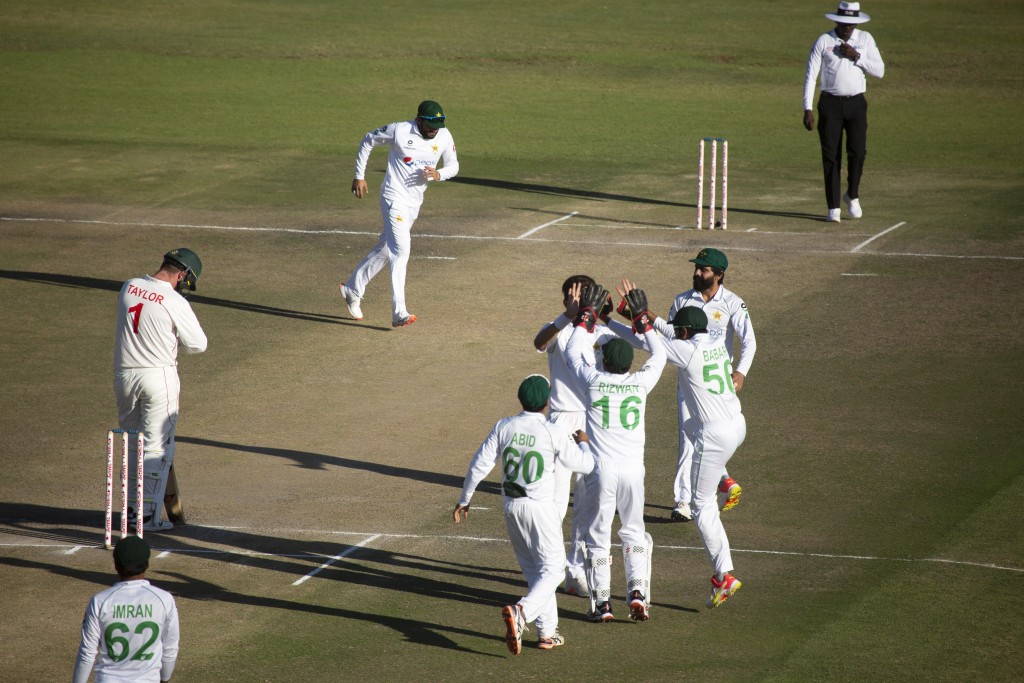 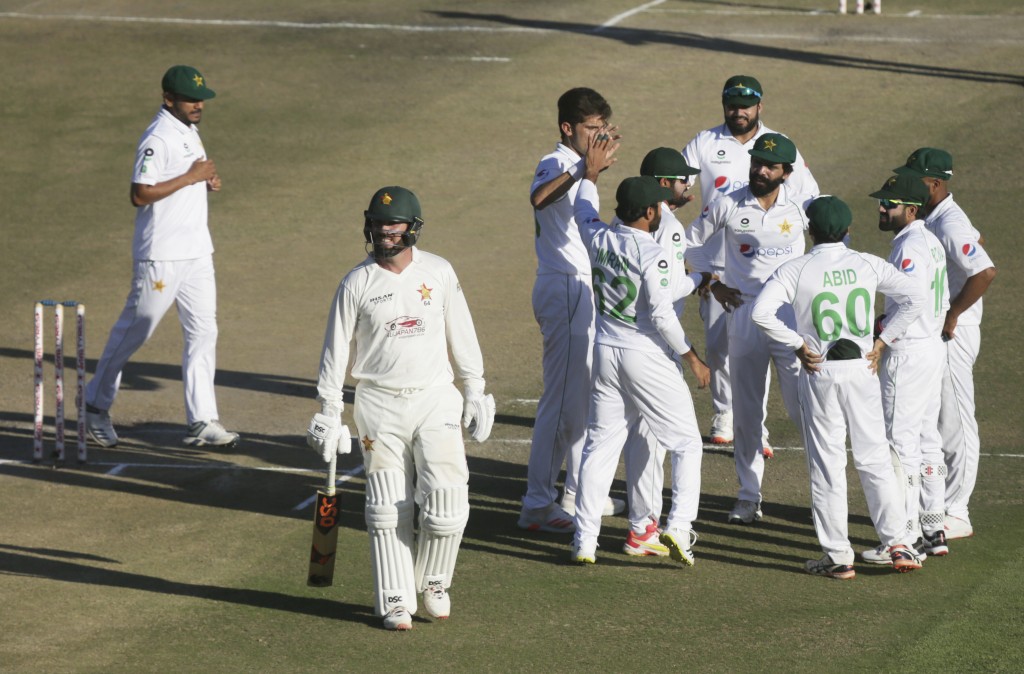 Zimbabwe, already in deep trouble after nearly two days in the field, was 52-4 in reply by stumps, trailing by 458 runs, and at risk of losing the test inside three days by an innings, as it did in the first test last week.

Resuming the day on 268-4, opener Abid Ali moved from 118 to 215 not out with 29 boundaries on a pitch which didn’t offer much assistance to the home bowlers.

Abid Ali looked more at home than Zimbabwe, and milked the bowlers for singles and twos with ease on his way to becoming Pakistan’s 20th double centurion in test cricket. By the declaration, Abid Ali had faced 407 balls and batted for more than 10 1/2 hours.

The declaration after tea came with the fall of tail-ender Nauman Ali, just three runs short of his maiden test century. He was stumped by Regis Chakabva off the bowling of left-arm spinner Tendai Chisoro. Nauman Ali's 97 from 104 balls was an innings by a batsman given licence to have a go: He lashed five sixes and nine fours.

Pace spearhead Blessing Muzarabani, who dismissed Azhar Ali for 126 on Friday, returned the best figures of 3-82.

Zimbabwe's top order was brushed aside.

Opener Tarisai Musakanda went for a duck with just one run on the board as 36-year-old seamer Tabish Khan, on debut, got his first test wicket in his first over, lbw with a full length delivery.

Kevin Kasuza was bowled through the gate by Hasan Ali for 4, then stand-in captain Brendan Taylor, the most experienced player in a weakened Zimbabwe side, played a sloppy shot off pacer Shaheen Shah Afridi and was caught behind for 9.

The last wicket of the day was that of Milton Shumba, who gifted spinner Sajid Khan with his first test wicket, trapped plumb on 2.