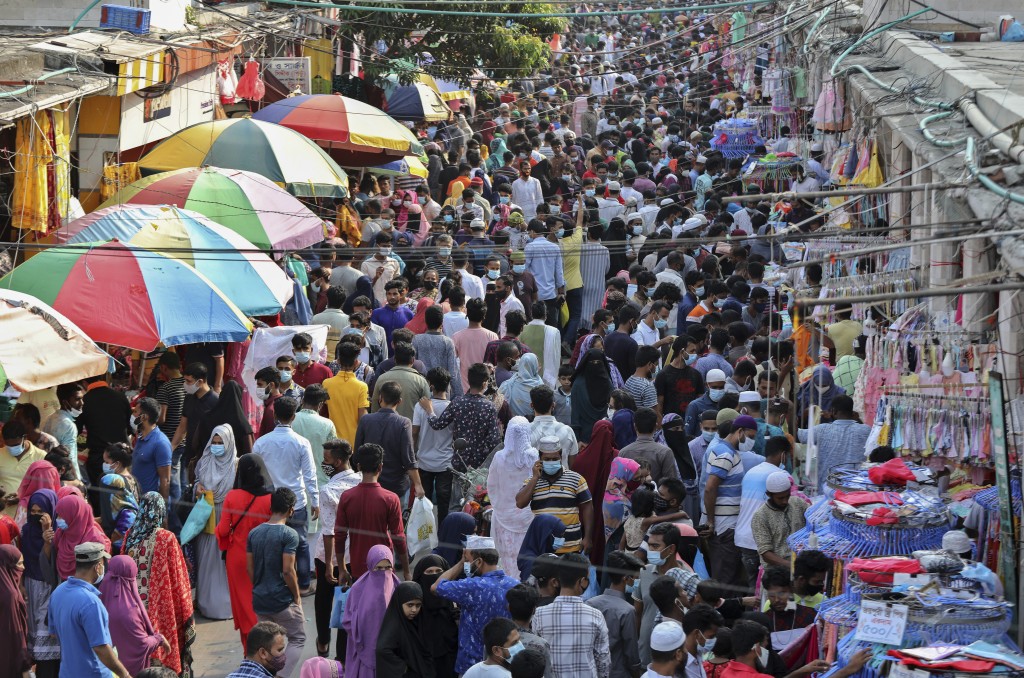 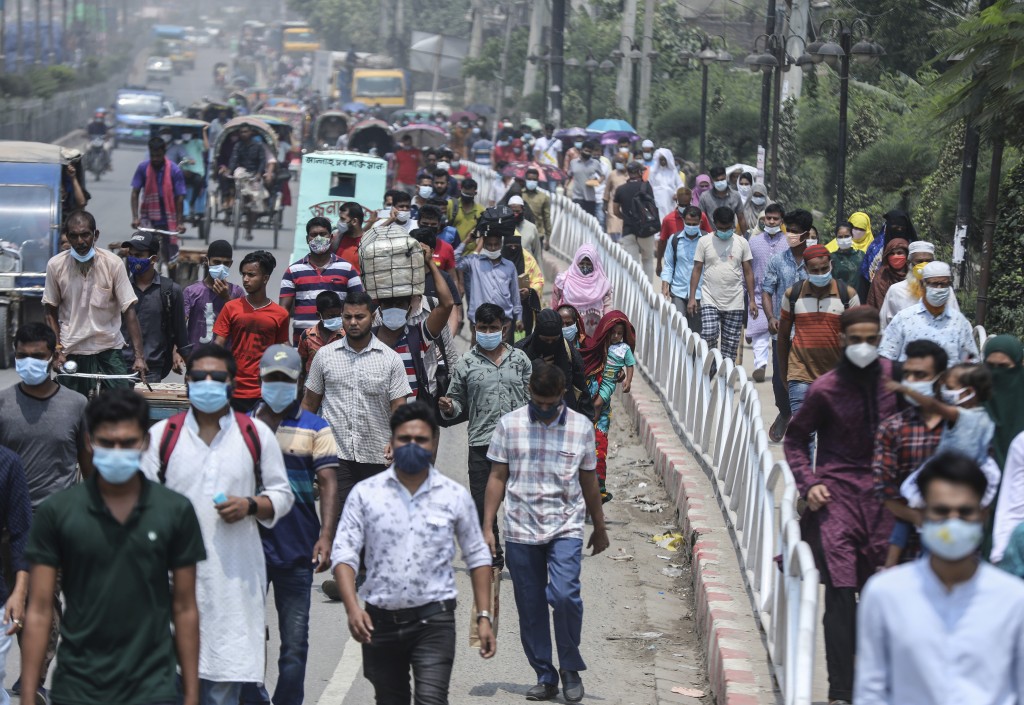 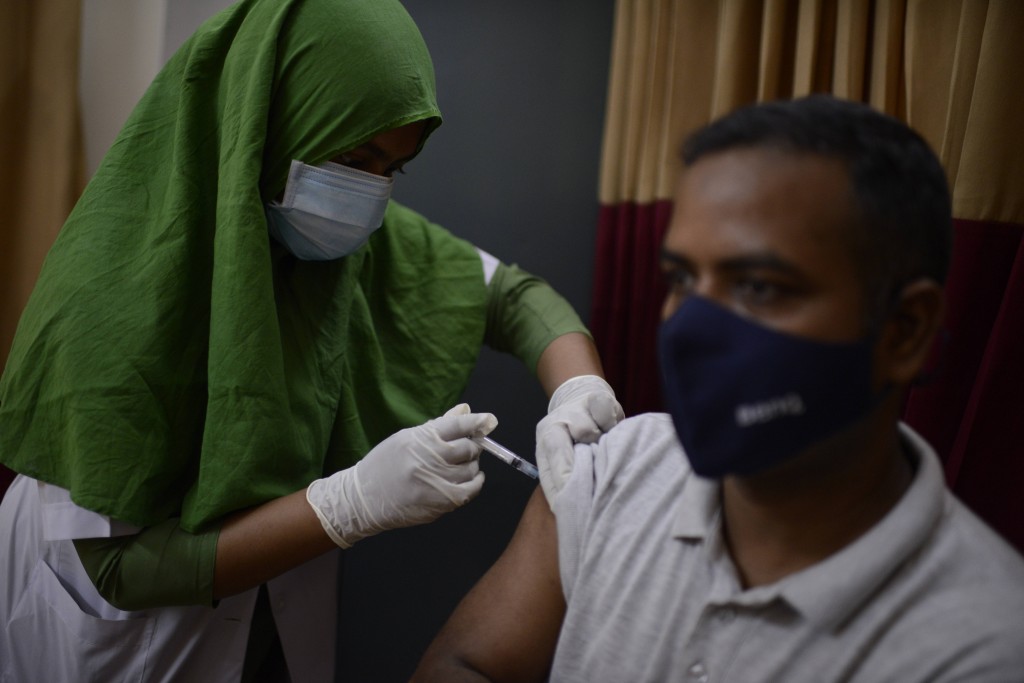 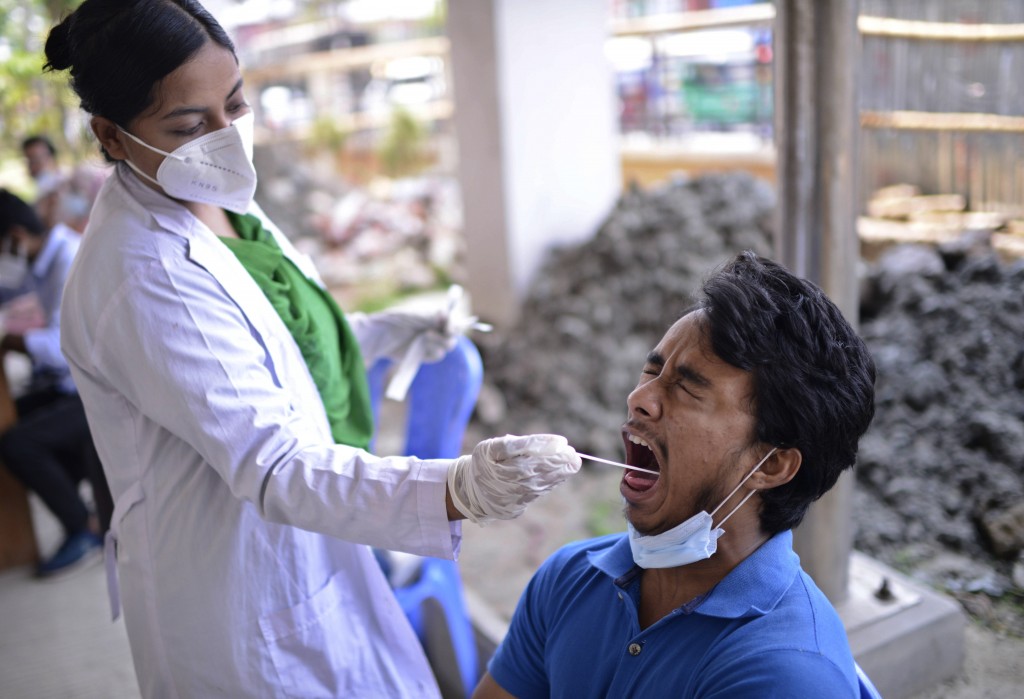 DHAKA, Bangladesh (AP) — India's surge in coronavirus cases is having a dangerous effect on neighboring Bangladesh. Health experts warn of imminent vaccine shortages just as the country should be stepping up its vaccination drive, and as more contagious virus variants are beginning to be detected.

On Saturday, health authorities said that for the first time, a coronavirus variant originally identified in India was detected in Bangladesh, without providing further details. For weeks, South African variants have dominated the samples sequenced in Bangladesh. There are concerns that these versions spread more easily and that first-generation vaccines could be less effective against them.

Experts say that declining infections in Bangladesh over the last two weeks compared to March and early April — for reasons that aren't fully understood — provided the perfect opportunity for the nation to scale up vaccinations.

“This is the time to vaccinate, keep infections low and make sure that new variants don’t emerge here,” said Senjuti Saha, a scientist at the Child Health Research Foundation in Bangladesh, who is also sequencing the virus.

However, India has banned the export of vaccines as it grapples with the crisis at home. The country’s Serum Institute was supposed to supply 30 million doses of the vaccine — 5 million doses a month — to Bangladesh by June. But the institute has only supplied 7 million doses and has suspended further shipments since February.

“It's caused a real problem,” said Dr. A.S.M. Alamgir, a scientist with the government’s Institute of Epidemiology, Disease Control and Research.

Fearing shortages, the government late last month stopped allowing people to register for a first vaccine dose, and the administration of second doses is also being hampered.

The densely-populated country of 160 million is desperately seeking new avenues for vaccines other than India, and is attempting to produce Russian and Chinese vaccines at home by bringing technology from both countries. Bangladesh is expecting 500,000 doses of Chinese vaccines next week as a gift from Beijing, and has also sought help from the United States.

Dr. Mustafizur Rahman, a scientist of the Dhaka-based International Center for Diarrheal Disease Research, said threats from new variants remained a big concern, especially when vaccines are not available.

Although the border with India is closed to people, goods continue to cross. Virus sequencing in Bangladesh, like other countries including the U.S., has been scant. This means there could easily be blind spots.

“We can’t rule out that the Indian variant would not make a new wave in Bangladesh. We have a porous border with India," Alamgir said.

Since March of last year, when the first COVID-19 case was detected in Bangladesh, the country has reported 770,842 confirmed virus cases and 11,833 deaths.

A nationwide lockdown has been extended until at least May 16, but many businesses, markets and local transportation remain crowded. Although inter-city travel is banned, tens of thousands are expected to leave the capital of Dhaka for their home villages to celebrate next week's Muslim holiday of Eid al-Fitr.

“If we fail to maintain safety procedures across the country, the virus will make its natural progression, that’s for sure," he said.