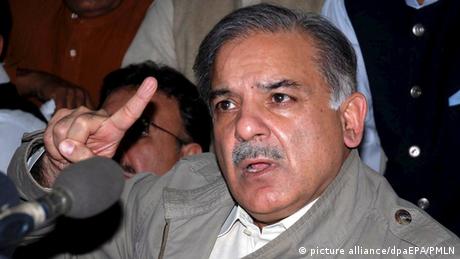 Pakistan's ailing opposition leader Shahbaz Sharif was turned back on Saturday at Lahore's international airport and prevented from leaving the country, his party spokesperson said.

Sharif heads the Pakistan Muslim League party and is the leader of the opposition bloc in the lower house of parliament.

He was not allowed to board a Qatar Airways flight to London, said Maryam Aurangzeb, the party spokeswoman.

She said immigration officials at the airport said Sharif's name was still "on the blacklist," so he could not leave.

"When Shahbaz Sharif came to the airport today, FIA officials stopped him and said he could not travel because there was another list, a 'person-not-in-list,'" the Dawn newspaper quoted Aurangzeb as saying.

On Friday, the Lahore High Court ruled that Sharif could leave Pakistan and stay abroad for treatment till early July.

The court had acted on a petition from Sharif, who pleaded that as a cancer survivor he now needed treatment outside of Pakistan.

Information Minister Fawad Chaudhry said the government had not received any application from Sharif or his party asking that he be taken off the blacklist.

The ex-premier and elder Sharif, convicted of corruption, lives in exile in London. He was released from prison in 2019 on bail to seek medical treatment abroad but never returned home.

Shahbaz Sharif was released on bail last month on a court order, about seven months after he was arrested by an anti-graft body over alleged involvement in money laundering.