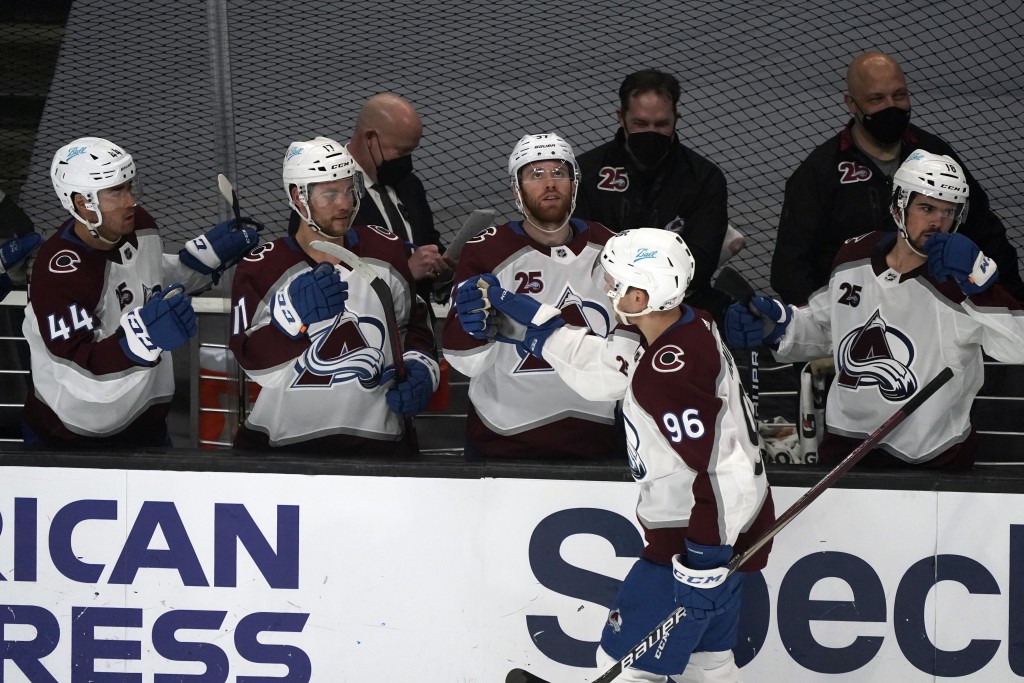 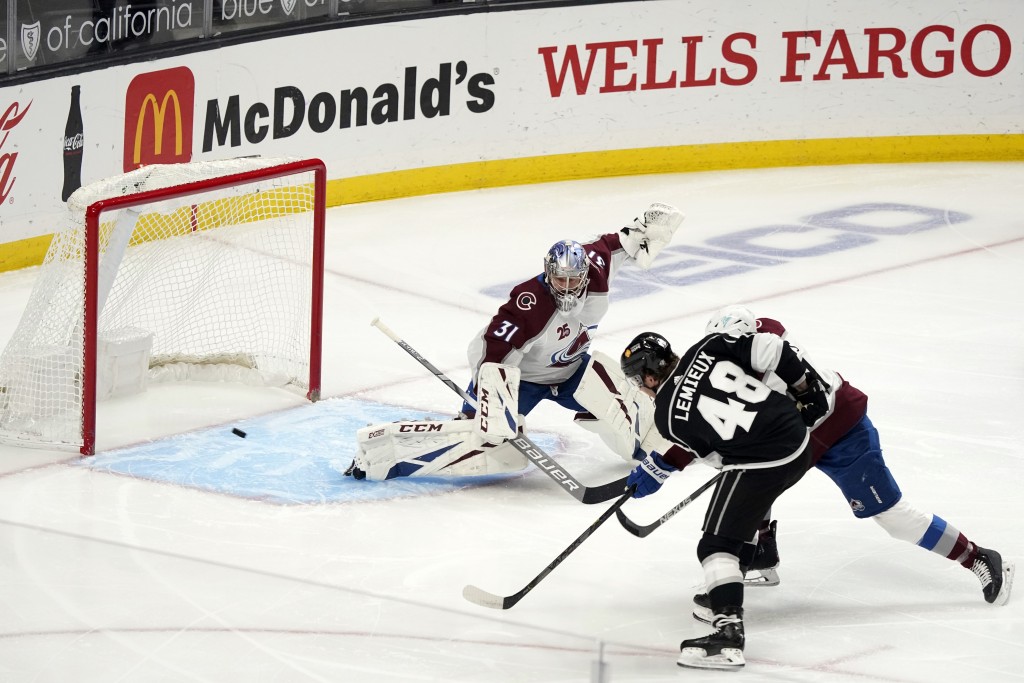 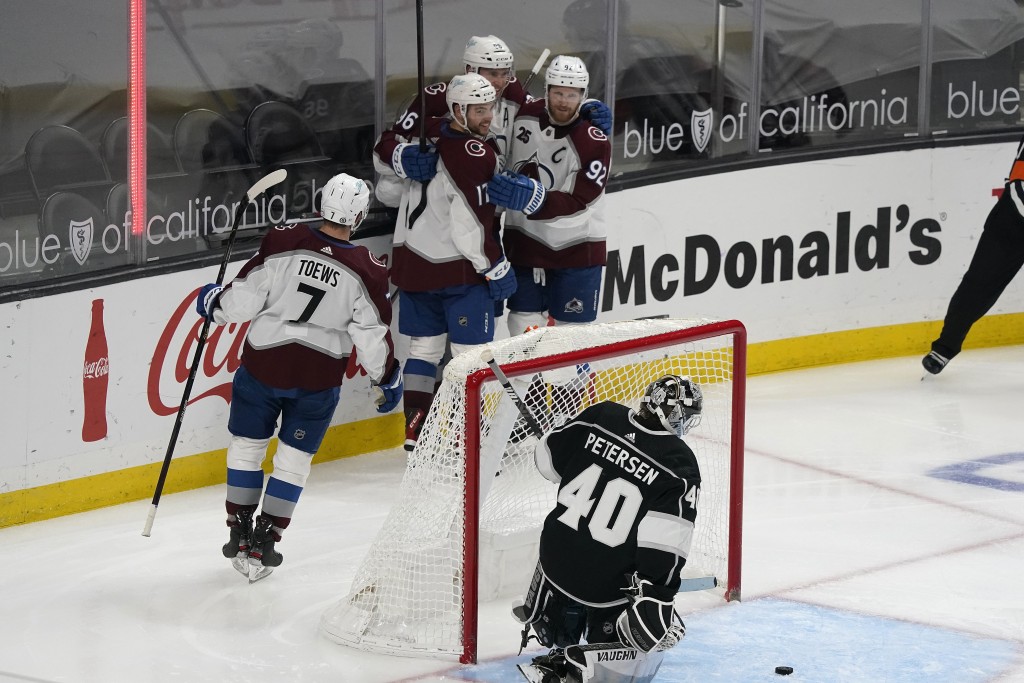 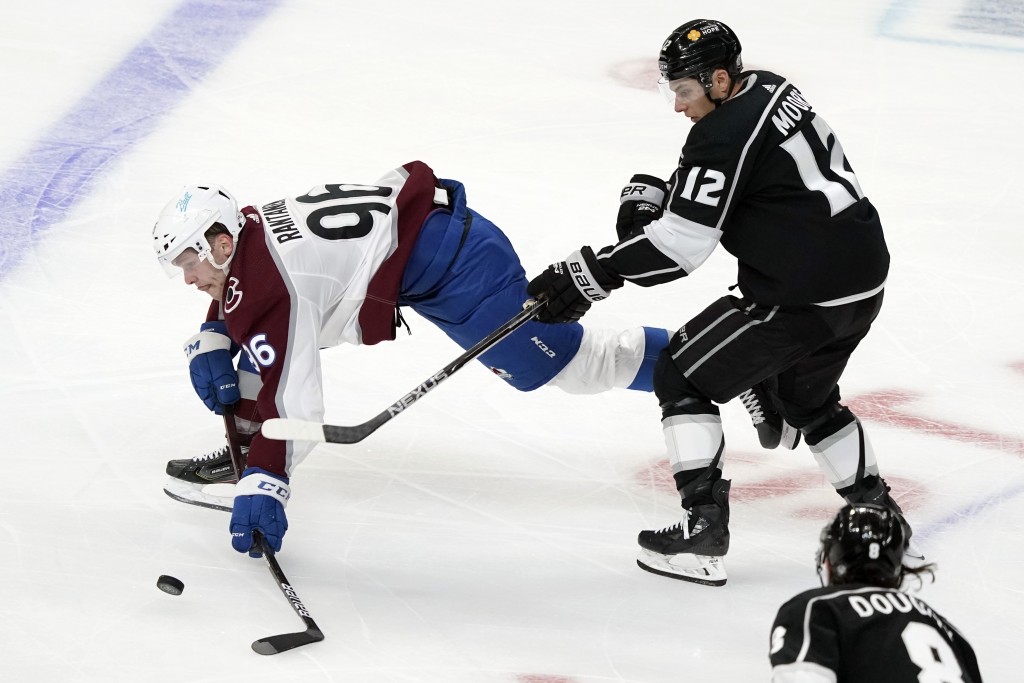 LOS ANGELES (AP) — Mikko Rantanen scored his 30th goal of the season, Cale Makar had a goal and an assist and the Colorado Avalanche beat the Los Angeles Kings 3-2 on Friday night.

Tyson Jost also scored, Philipp Grubauer made 15 saves and the Avalanche remained four points behind the Vegas Golden Knights for first in the West Division.

Brendan Lemieux and Gabriel Vilardi scored for Los Angeles. Cal Petersen made 34 saves as the Kings were eliminated from playoff contention.

Despite falling behind early on Lemieux’s fourth goal 2:12 into the game, Colorado soon showed why it came in tied with Pittsburgh for the highest-scoring offense in hockey at 3.49 goals per game despite not having top center Nathan MacKinnon available because of a lower-body injury.

Colorado went up 2-1 on Jost’s goal 2:56 into the second, beating Petersen five-hole for his fifth goal.

Makar made it 3-1 at 10:02, showing off his skating before burying a wrist shot from the right circle. It was his 10th multipoint game after notching an assist on Rantanen’s ninth power-play goal.

Alex Newhook, who was drafted 16th overall in 2019, had the secondary assist for his first career point.

Vilardi got the Kings back to 3-2 with 2:34 remaining in the third but could not come up with the tying goal.

The Avalanche finished with five defensemen after Patrik Nemeth was hurt in the second period and did not return. Nemeth got his feet tangled up with Kings center Jaret Anderson-Dolan and fell into the boards, but he was able to skate off under his own power.

The Avalanche and Kings will play again in Los Angeles on Saturday.