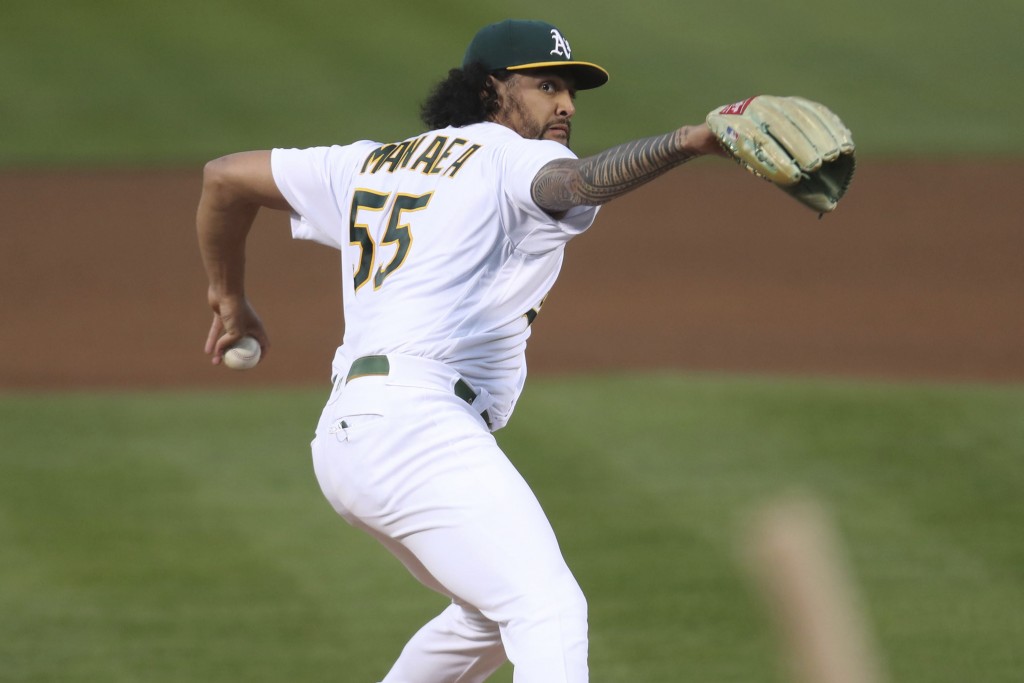 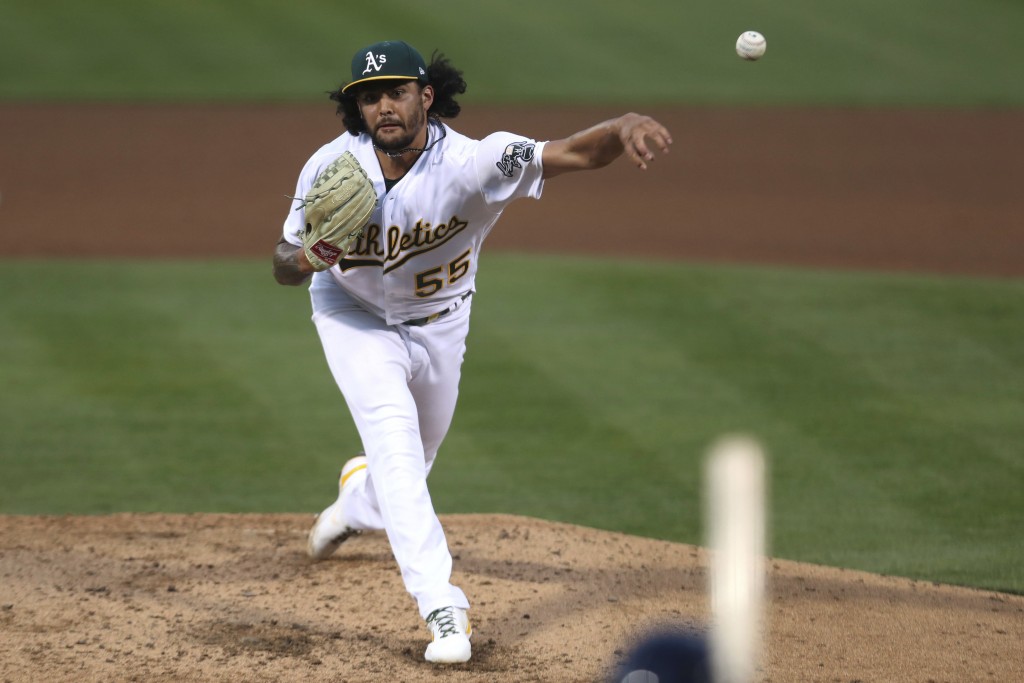 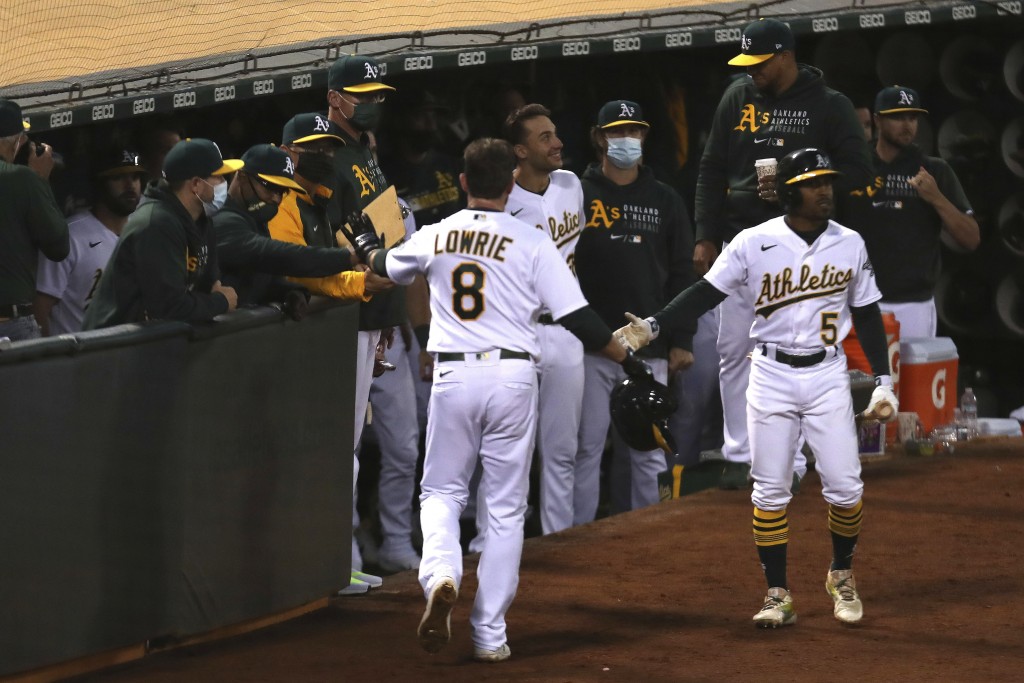 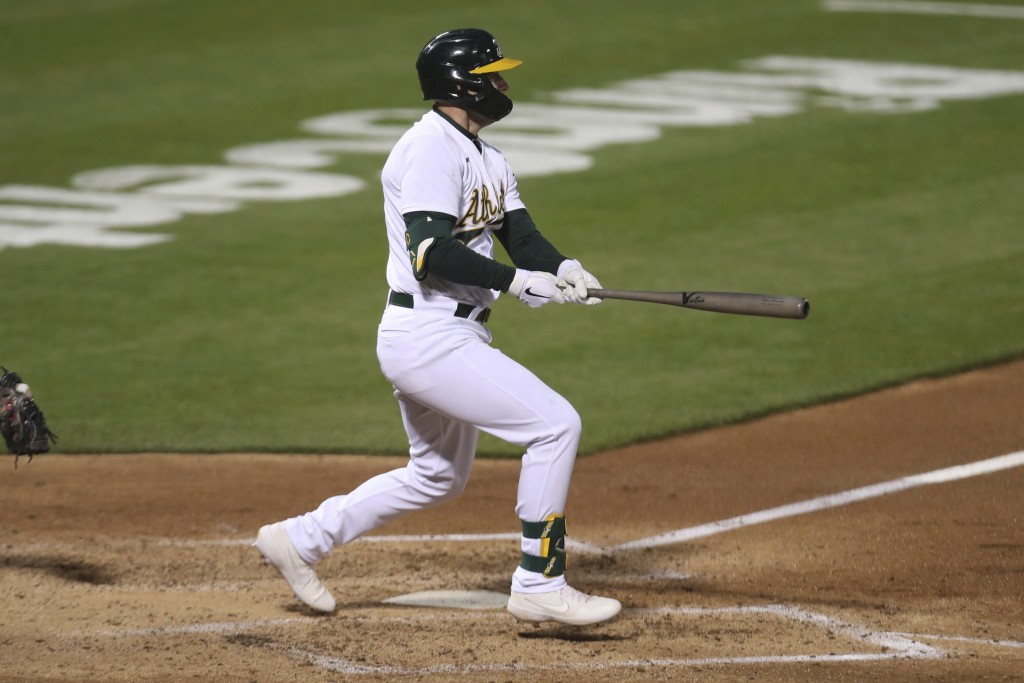 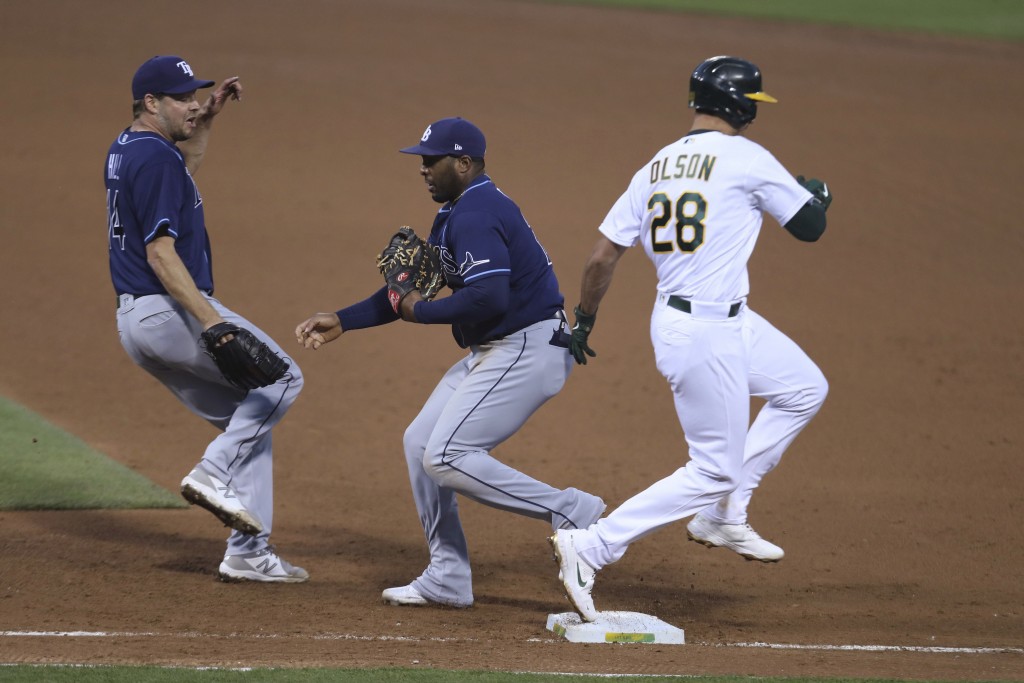 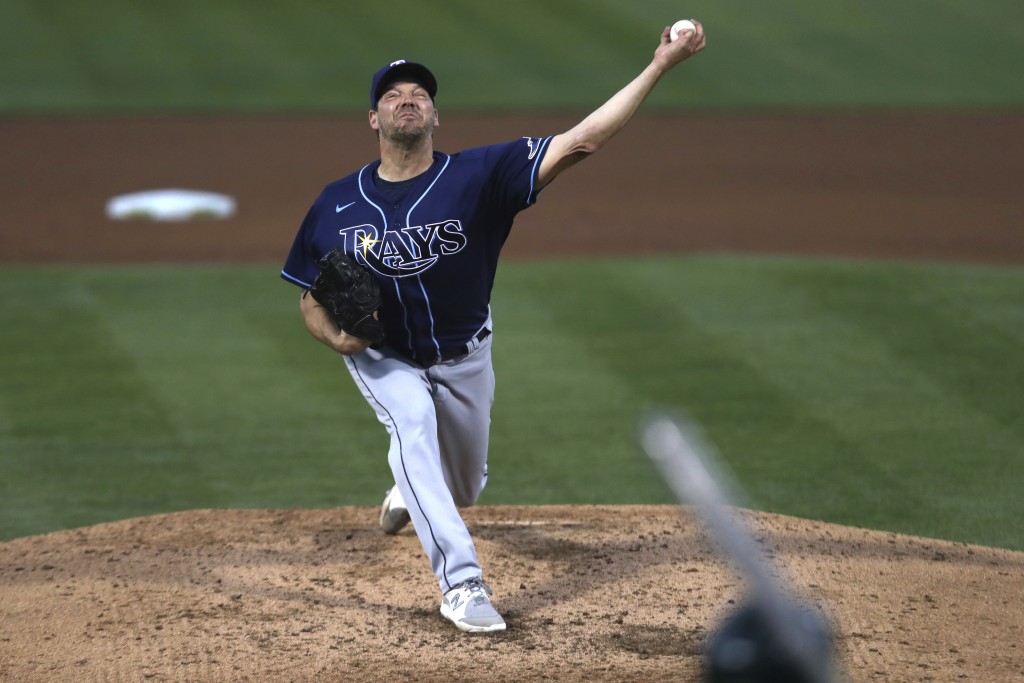 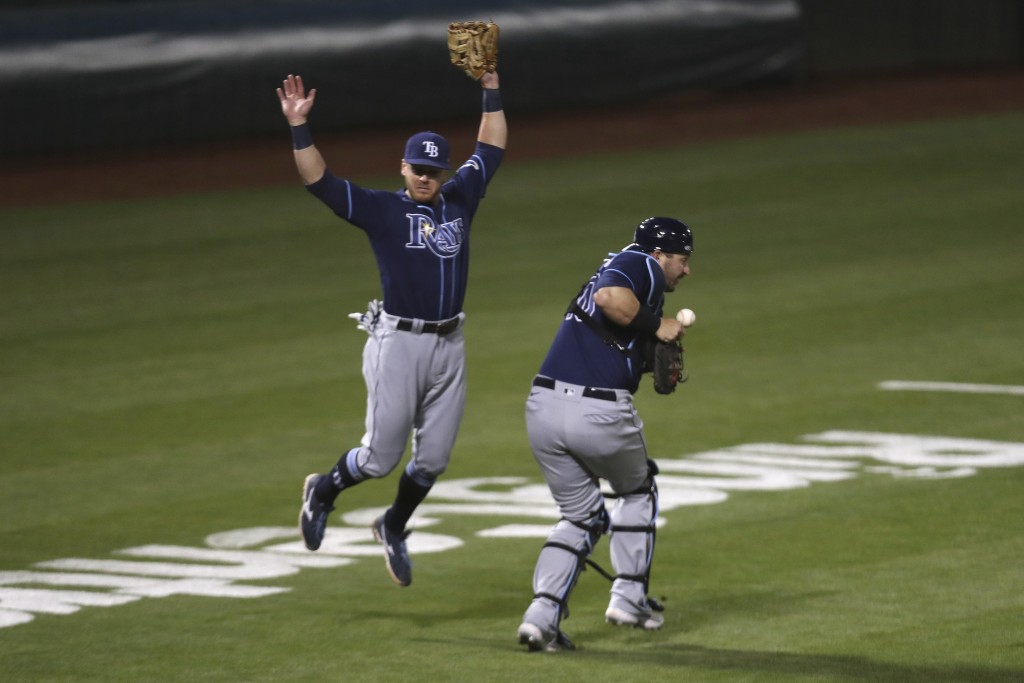 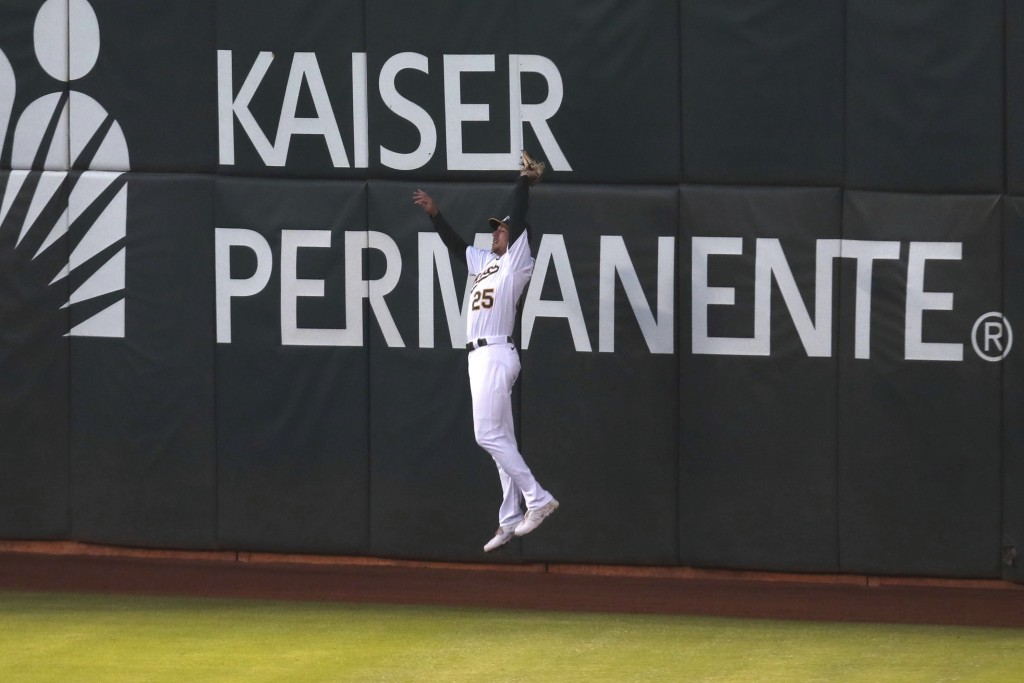 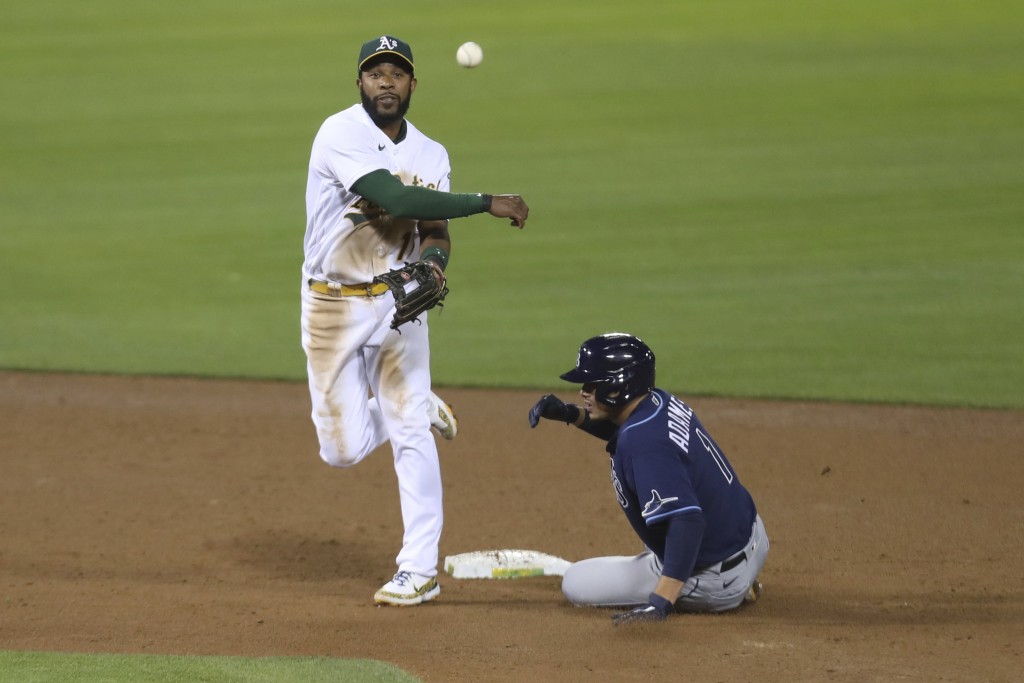 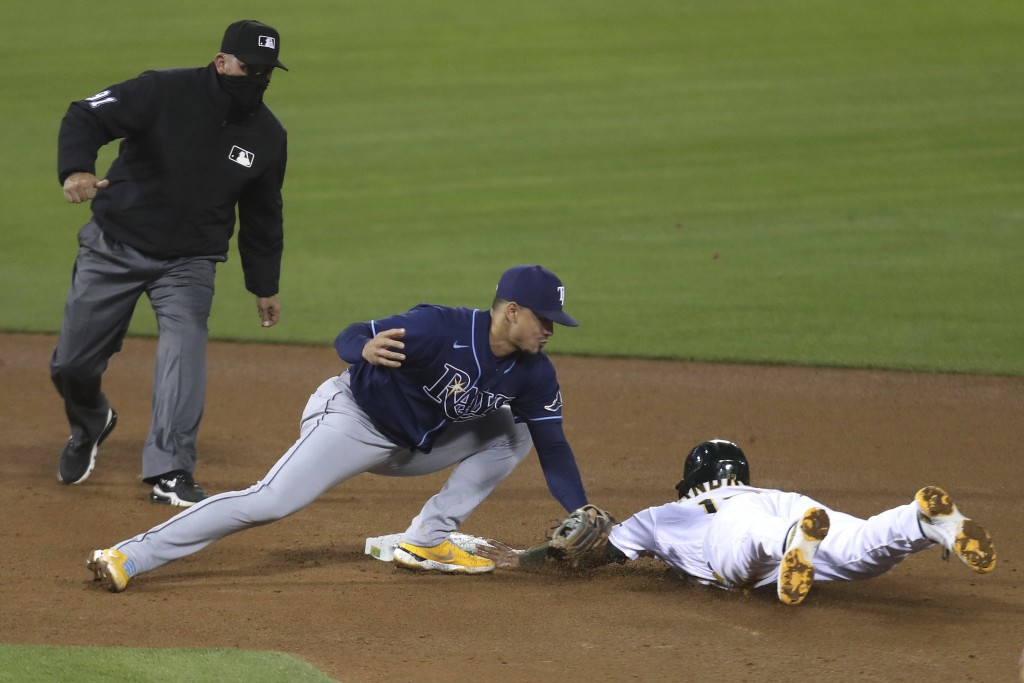 Manaea and Brosseau played together at Andrean High in Merrillville, Indiana.

Brown’s pinch-hit RBI single broke up a scoreless game in the bottom of the seventh then Tampa Bay chased Manaea.

Jake Diekman (2-0) recorded two outs in the ninth for the win.

Aiming to follow fellow lefty Wade Miley’s gem for Cincinnati at Cleveland with his second career no-no, Manaea’s good fortune turned quickly — and he even lost his chance to get a decision out of it.

Manaea, who threw a no-hitter April 21, 2018, against Boston, fist pumped after his strikeouts — 10 in all to match his career high — and did a little walk off the mound to gather himself between batters. He allowed just those two hits and the walk while throwing 81 pitches over 7 1/3 innings.

The 29-year-old Manaea didn’t allow a baserunner until Randy Arozarena drew a leadoff walk in the seventh, when right fielder Stephen Piscotty later made a great catch on the warning track on Brandon Lowe’s sharp flyball.

The quest by Manaea came two years to the day after teammate Mike Fiers pitched his second career no-hitter against the Reds in Oakland — and on Mother's Day 11 years ago A's left-hander Dallas Braden through a perfect game against Tampa Bay here at home.

Manaea dazzled in a pitcher’s duel with Rich Hill, who didn’t allow a run in six innings against his former club before the A’s got to Andrew Kittredge.

For the soft-spoken lefty, finishing this one might have helped ease the sting of losing the 2019 AL wild card game to the Rays in their last visit to the Oakland Coliseum.

The hardest hit ball early came on Manuel Margot’s groundout to third in the fourth inning that traveled at 92 mph.

This win certainly came at a good time for the defending AL West champion A’s after they were outscored 19-8 over their final two games by Toronto.

The Rays were coming off a four-game sweep of the Angels and had their winning streak snapped at five, which matched their season-best unbeaten run.

Oakland faced a sixth straight left-handed starter and saw a southpaw for the eighth time in nine games and 11th in 14.

This marked the fifth of seven meetings between the clubs in a two-week span after they split a four-game set in Tampa last week.

Rays: C Francisco Mejía was scratched because of discomfort in his left side but it wasn’t considered serious. “We anticipate right now it will be a very minor thing and he will be totally available to come off the bench tonight,” manager Kevin Cash said.

Athletics: OF Chad Pinder (sprained left knee) ran the bases among his on-field baseball work and still could go on a rehab assignment as soon as this weekend. ... Ramón Laureano got a break from playing center field to be the designated hitter.