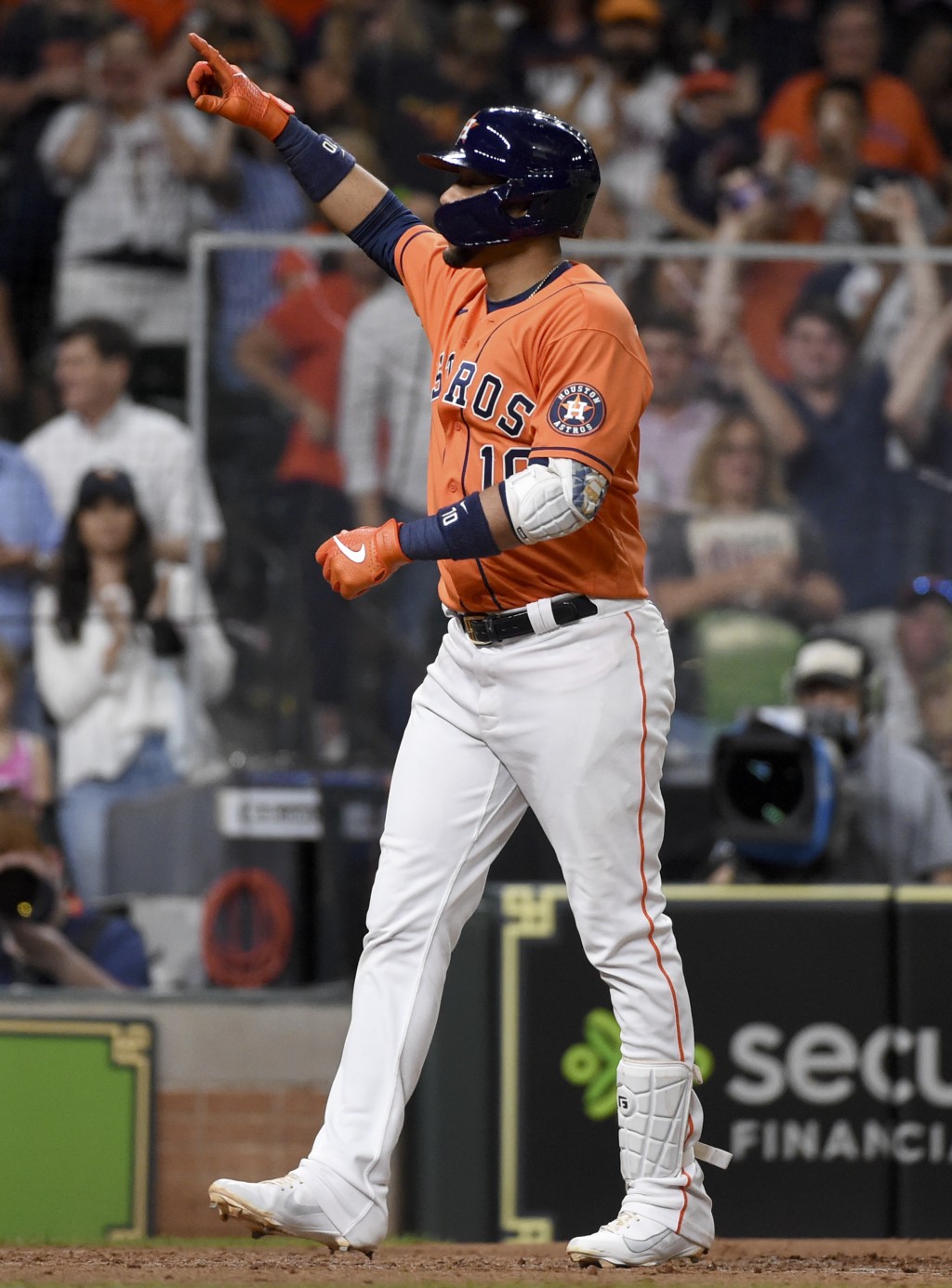 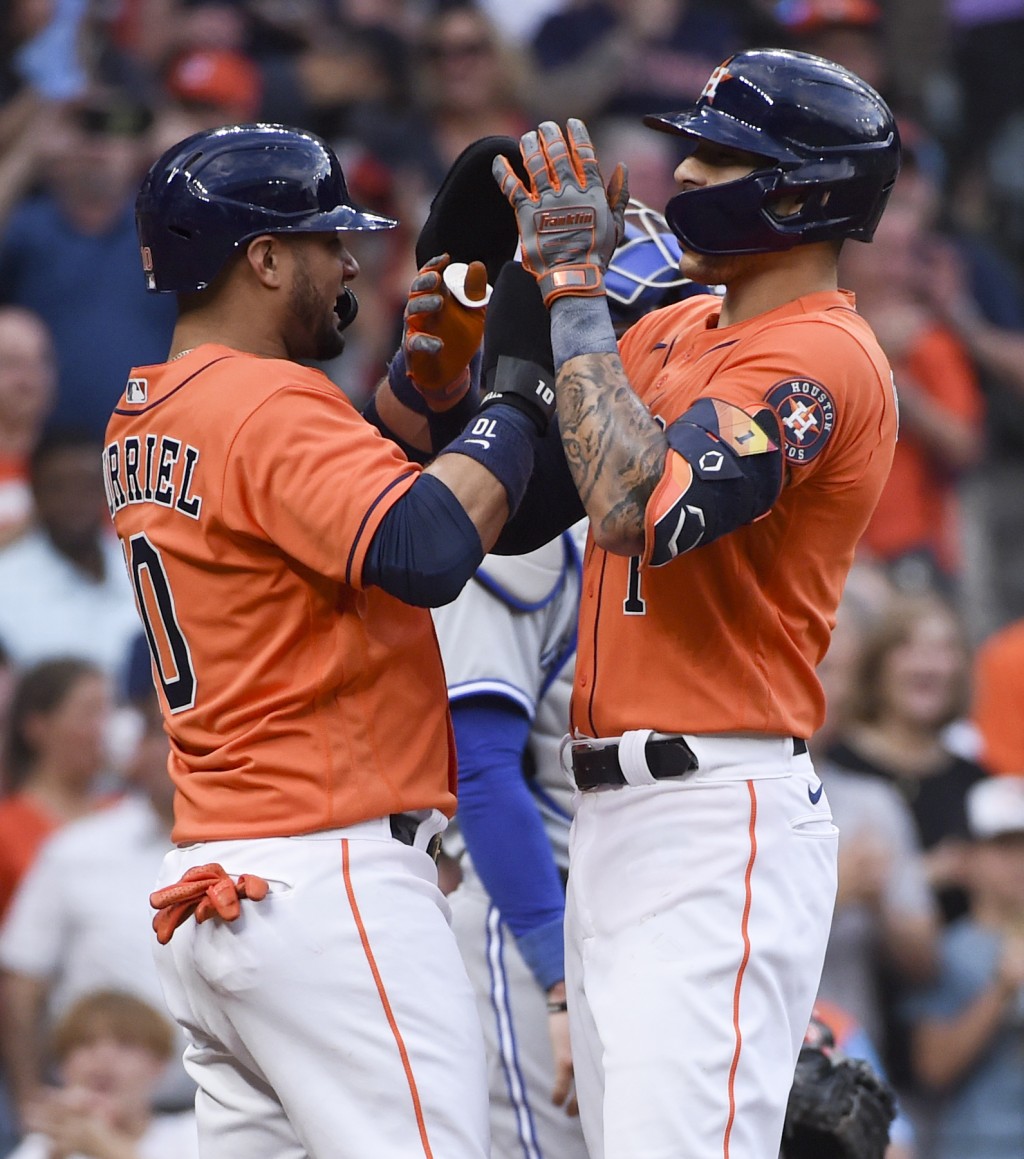 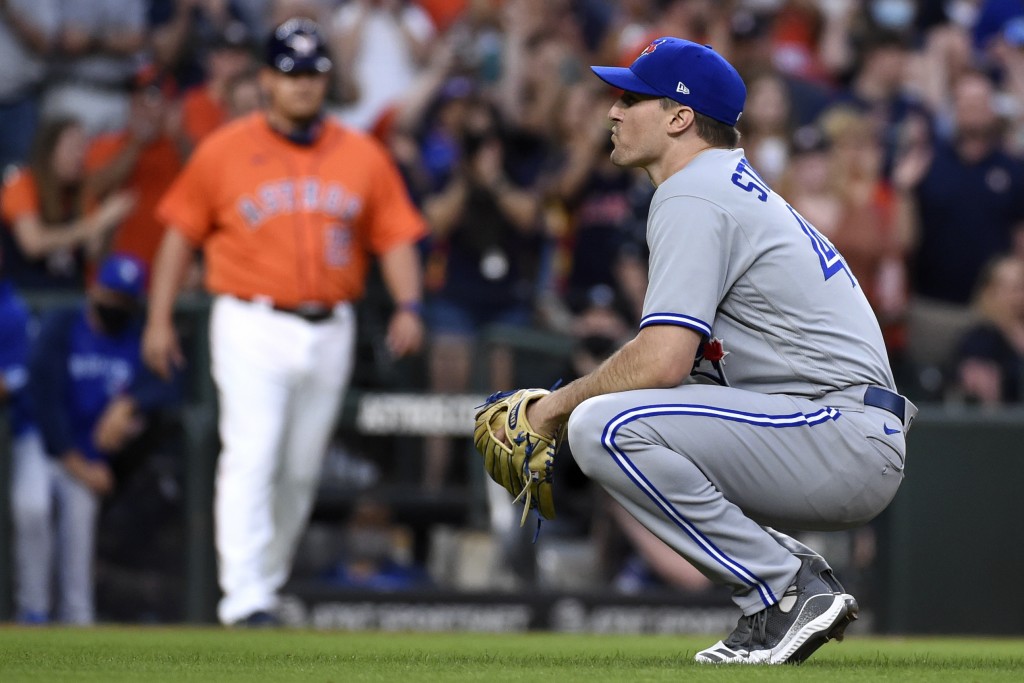 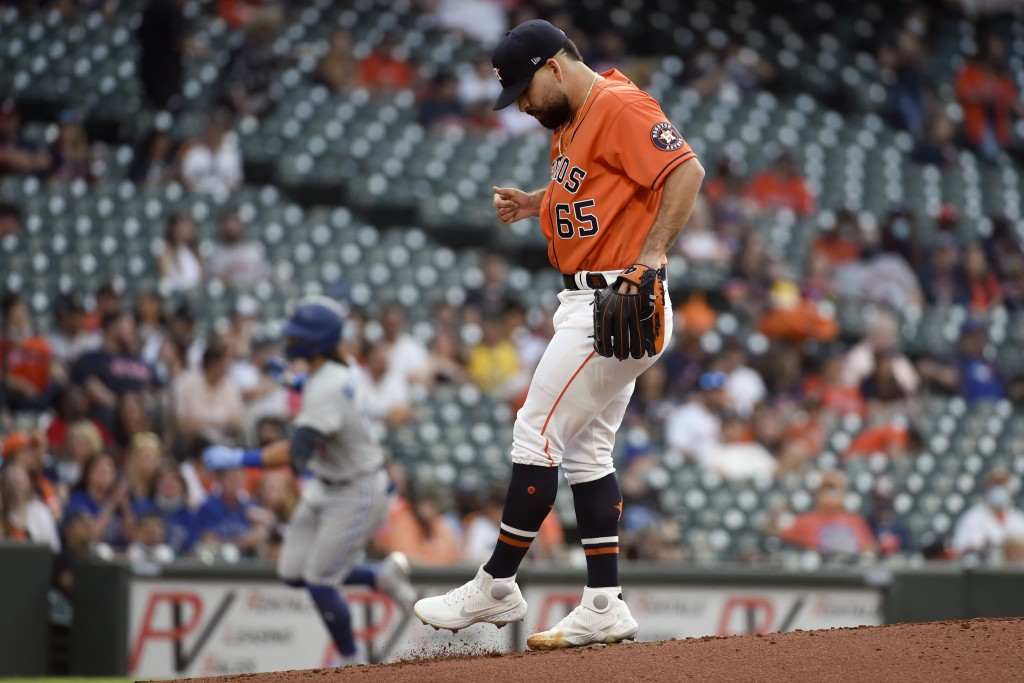 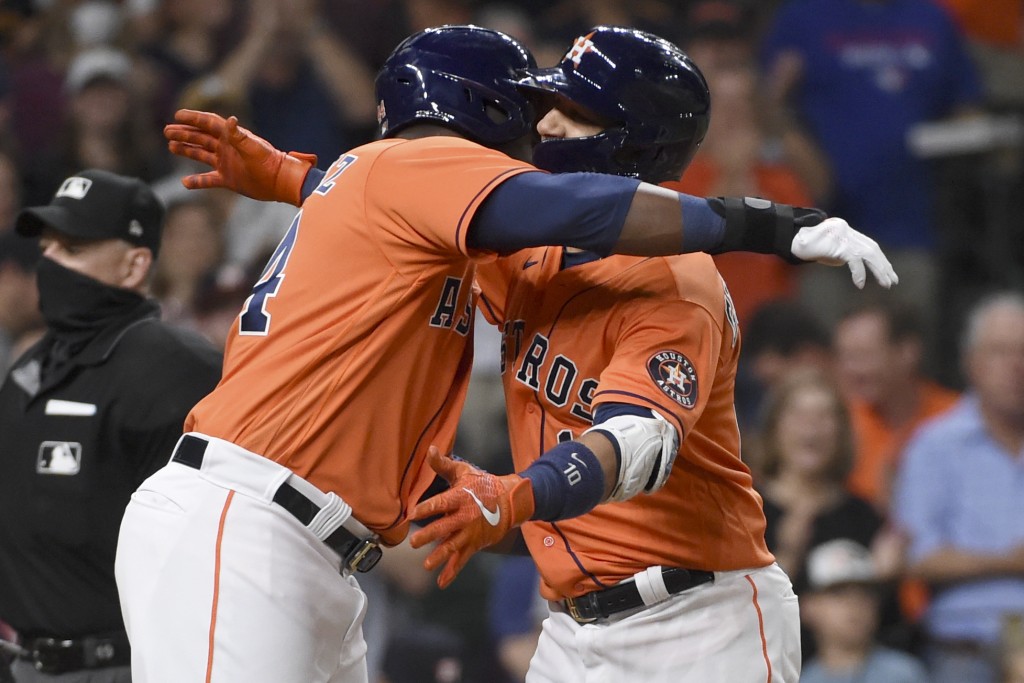 HOUSTON (AP) — Yuli Gurriel homered and tied a career high with four hits while driving in four runs to lead the Houston Astros to a 10-4 win over the Toronto Blue Jays on Friday night.

Carlos Correa added a two-run homer and José Urquidy (3-2) pitched seven strong innings to help the Astros to their second consecutive victory after they lost their previous three games. Urquidy allowed four hits and two runs for his third straight win after opening the season by losing two decisions.

Gurriel, who hit a two-run homer in the fifth, is having a great season and leads the Astros in hits (39) and RBIs (24).

Bo Bichette put the Blue Jays up early with a solo homer to left field with one out in the first.

Gurriel singled to start Houston’s second before Correa knocked a homer off the foul pole in left field to put the Astros up 2-1. The bases were loaded with two outs in the inning when Blue Jays starter Ross Stripling (0-2) walked Alex Bregman to make it 3-1.

There was one out in the third when Danny Jansen connected off Urquidy on his second home run this season to cut the lead to 3-2.

The Astros were up by 3-2 with one out in the fifth when Gurriel hit his two-run shot off Tim Mayza.

Stripling allowed six hits and three runs in 3 2/3 innings to remain winless in four starts with the Blue Jays this season.

Gurriel, who also singled in the third, added an RBI single on a grounder in the seventh to push the lead to 6-2. Kyle Tucker’s RBI double later in the inning left Houston up 7-2.

Gurriel drove in another run with a sacrifice fly in Houston's three-run eighth.

Teoscar Hernández hit his third homer this season, a two-run shot that cut the lead to 10-4 in the ninth.

Blue Jays: Placed INF Joe Panik on the 10-day injured list with a strained left calf, retroactive to Thursday. 1B/DH Rowdy Tellez was recalled from Triple-A Buffalo to take his spot on the roster.

Astros: Ace Justin Verlander said he’s progressing well in his recovery from Tommy John surgery in October, but it’s too soon to set a timetable for his return. ... LHP Framber Valdez, who fractured his left ring finger on March 2, threw live batting practice Friday for the first time since his injury. Manager Dusty Baker is pleased with his progress, but said it will still be several weeks before he’s ready to rejoin the team.