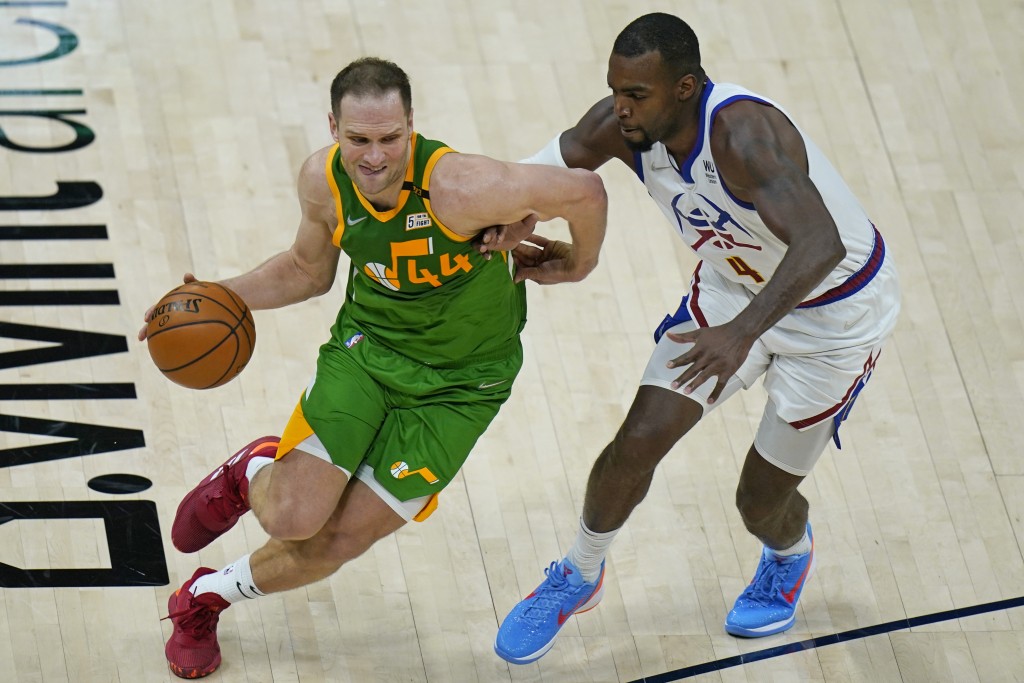 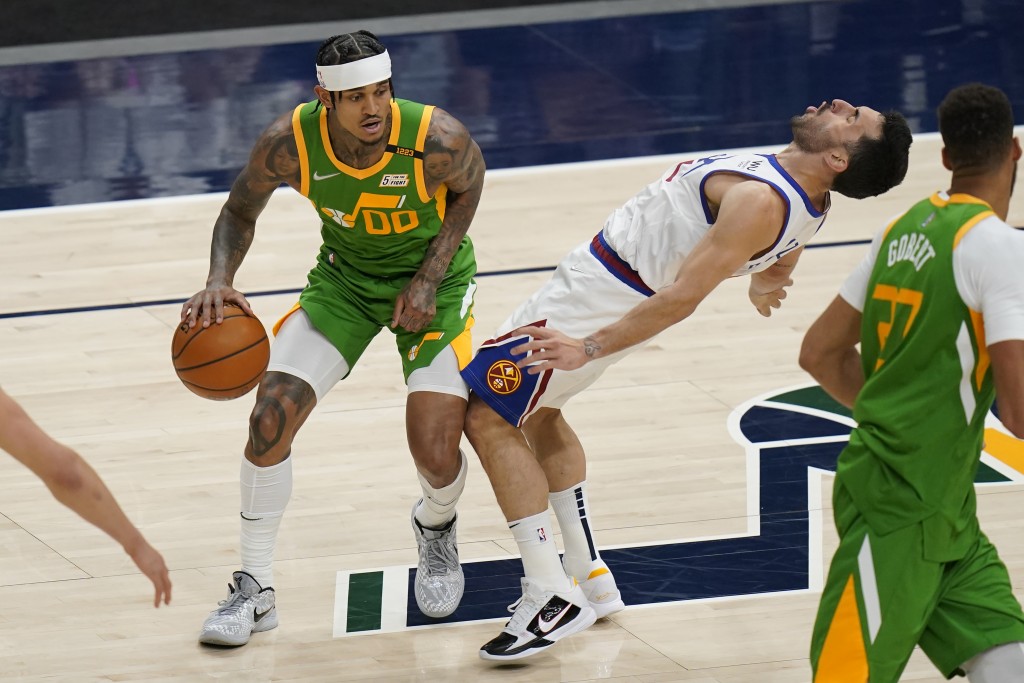 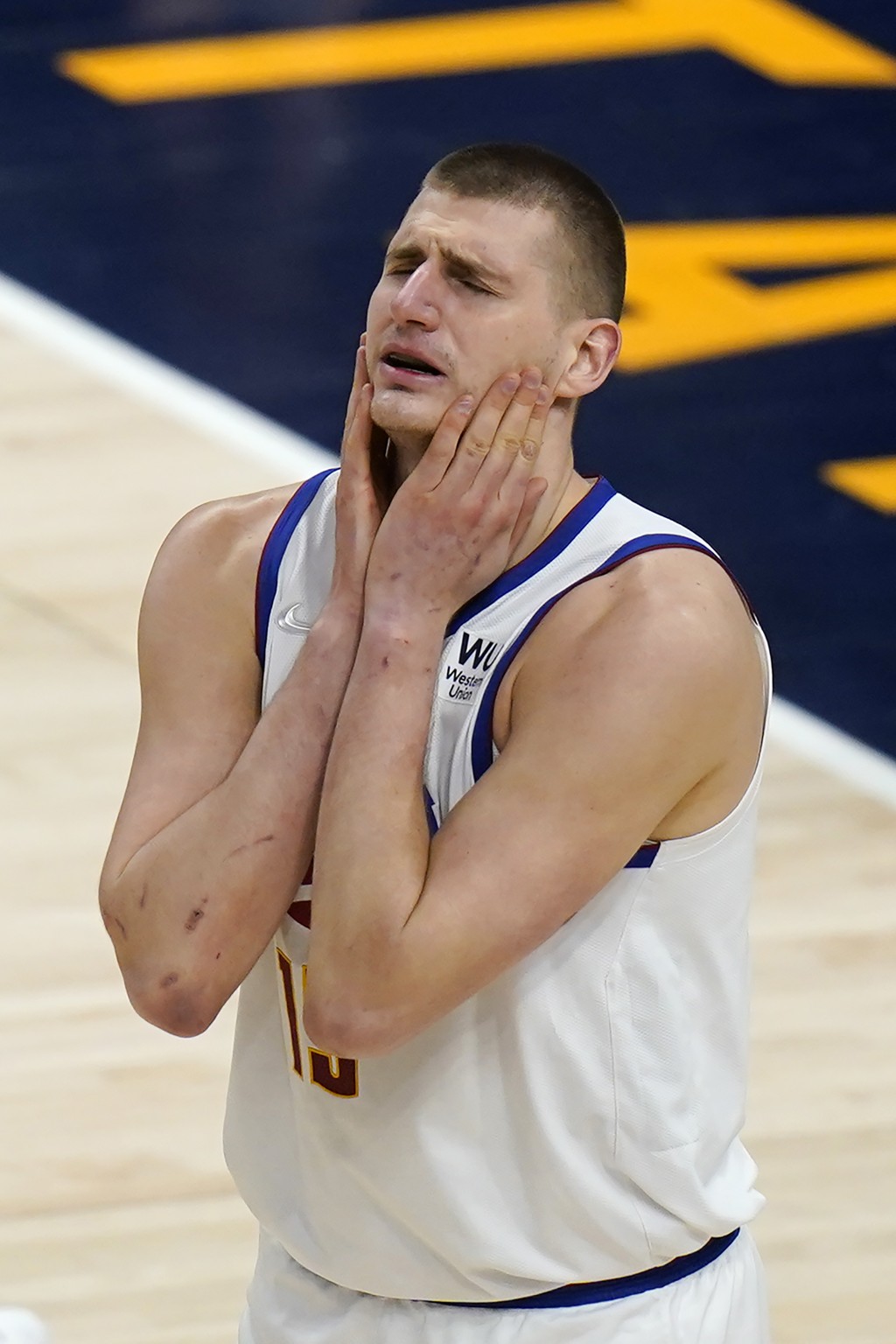 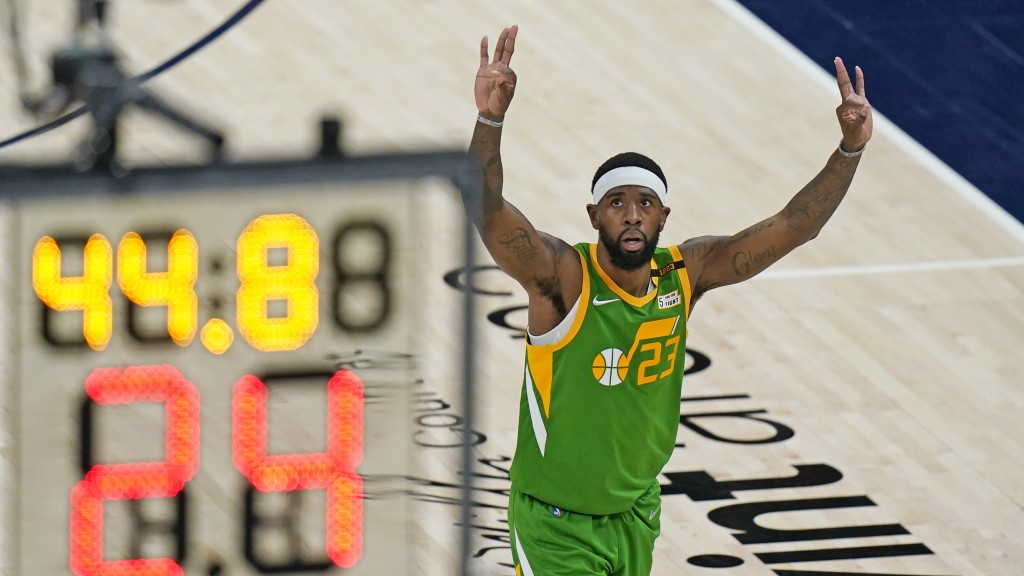 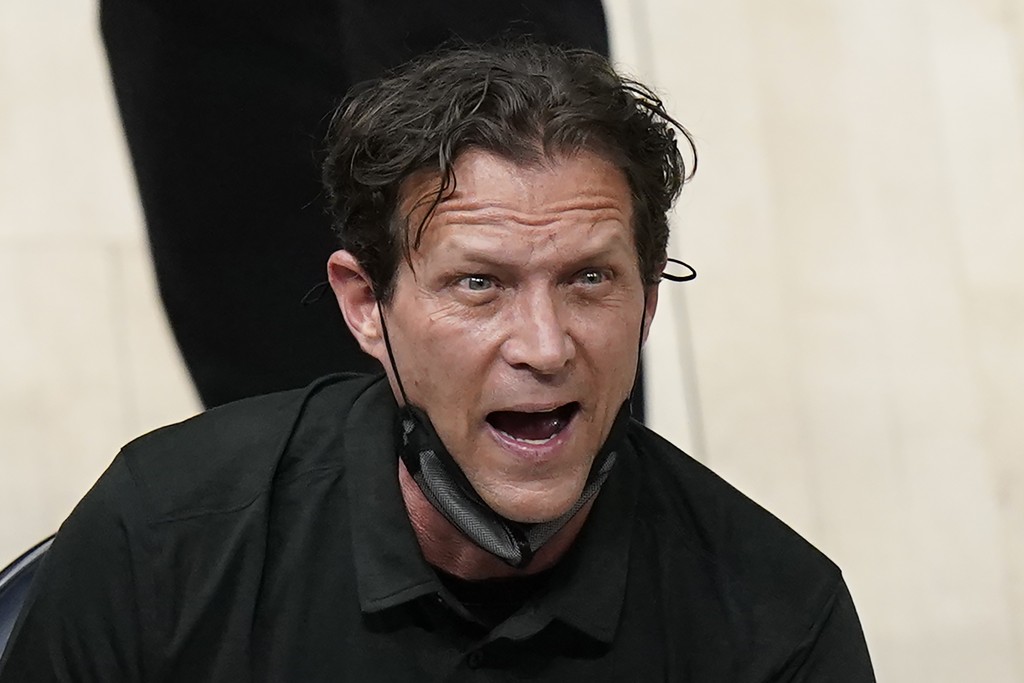 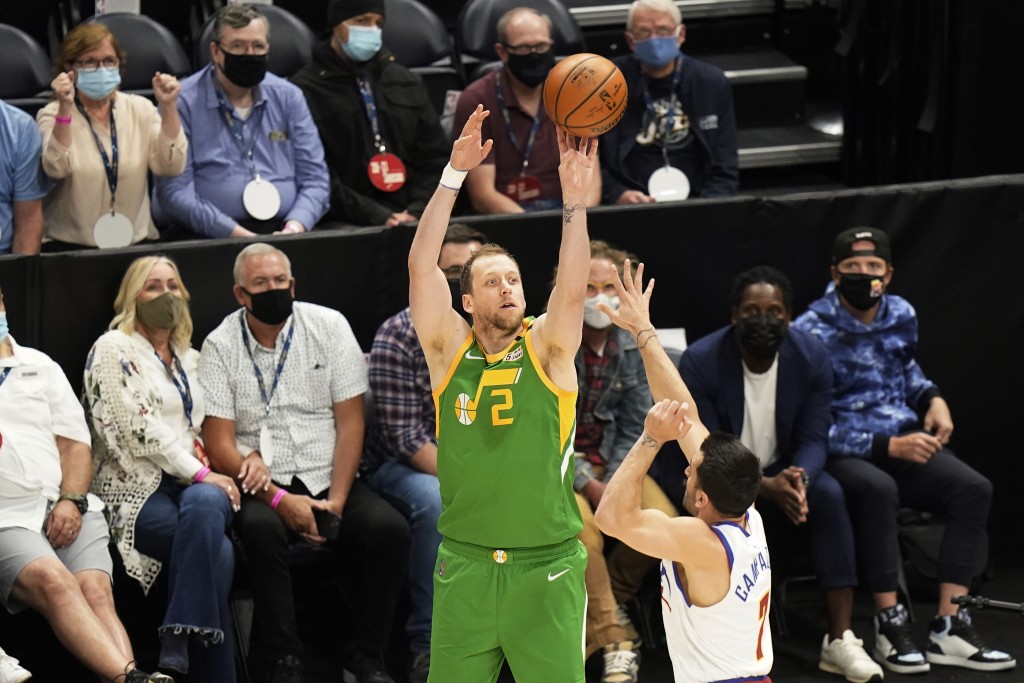 Bogdanovic went 16 of 23 from the field — making a career-high eight 3-pointers — to lead the NBA-leading Jazz to their fourth straight victory. He also had eight rebounds.

Jordan Clarkson added 21 points and eight assists. Rudy Gobert had 14 points and nine rebounds, and Georges Niang chipped in 13 points – all in the second half.

Utah did not trail over the final 11:22 of the fourth quarter after Niang hit back-to-back shots to give the Jazz a 103-99 lead. Denver scored just one basket over a six-minute stretch and couldn’t quite erase the resulting deficit.

The Nuggets cut it to 121-118 on a free throw from Rivers. Clarkson answered with a stepback 3-pointer with 51.7 seconds left and Bogdanovic hit a pair of free throws in the final seconds to seal the win.

Both offenses sizzled during the first quarter. Denver shot 68% from the field and Utah shot 67%. The two teams combined for 81 points and 31 total baskets in the quarter.

Denver made 11 of its first 13 shots from the field and staked out a 24-13 lead midway through the first quarter. The Nuggets repeatedly blew past perimeter defenders and scored five layups over the first six minutes – culminating with a reverse layup from Gordon that put Denver up by 11 points.

Utah answered with a 19-6 run to erase Denver’s lead before the end of the quarter. Clarkson hit three 3-pointers to level the score. Ersan Ilyasova made another 3-pointer and hit a pair of free throws to finish off the run and give the Jazz a 40-36 lead.

Denver pulled ahead again before halftime. The Nuggets built up a 58-49 lead behind a 17-6 run capped off by a Jokic jumper. Bogdanovic kept Utah within striking distance. He hit three 3-pointers to help the Jazz erase the deficit a second time and pull even at 67-67.

Nuggets: Austin Rivers is 15 of 19 from 3-point range in three games against Utah this season. Rivers went 5 of 7 from long distance on Friday. … Denver coach Michael Malone was whistled for a technical foul midway through the third quarter after an unsuccessful coach’s challenge. … Jokic made his first seven shots before missing a jumper with 38.4 seconds left in the third quarter.

Jazz: Clarkson has made a 3-pointer in 89 straight games. … Bogdanovic surpassed his previous season-high of 34 points during the third quarter. … Niang did not attempt a shot in the first half. Utah is 17-1 this season when he scores at least 10 points. … Joe Ingles finished with a team-high nine assists.