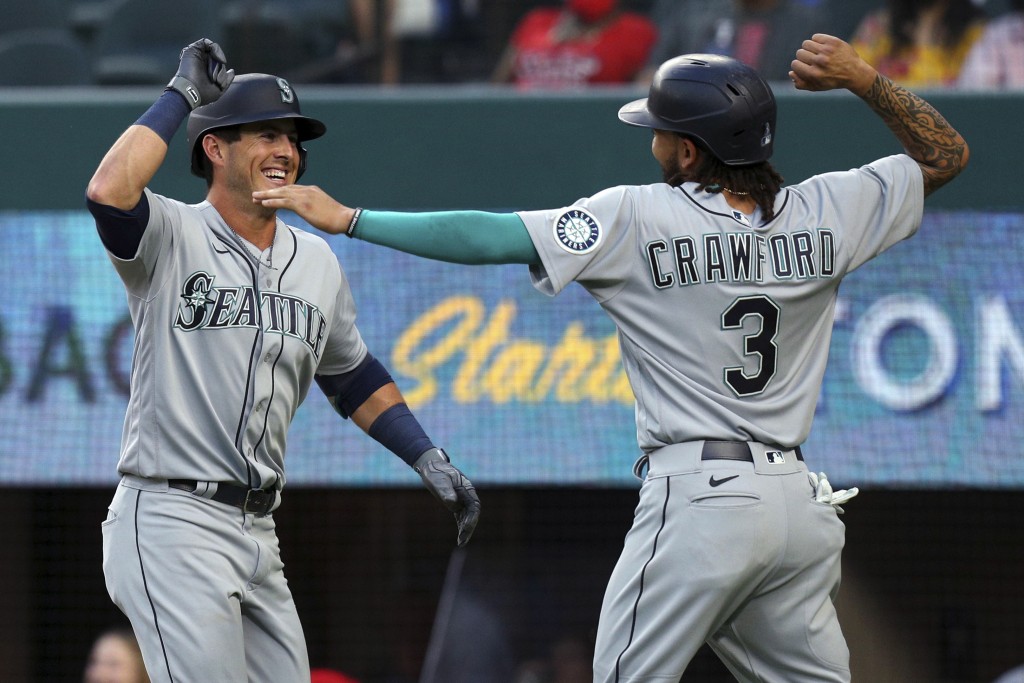 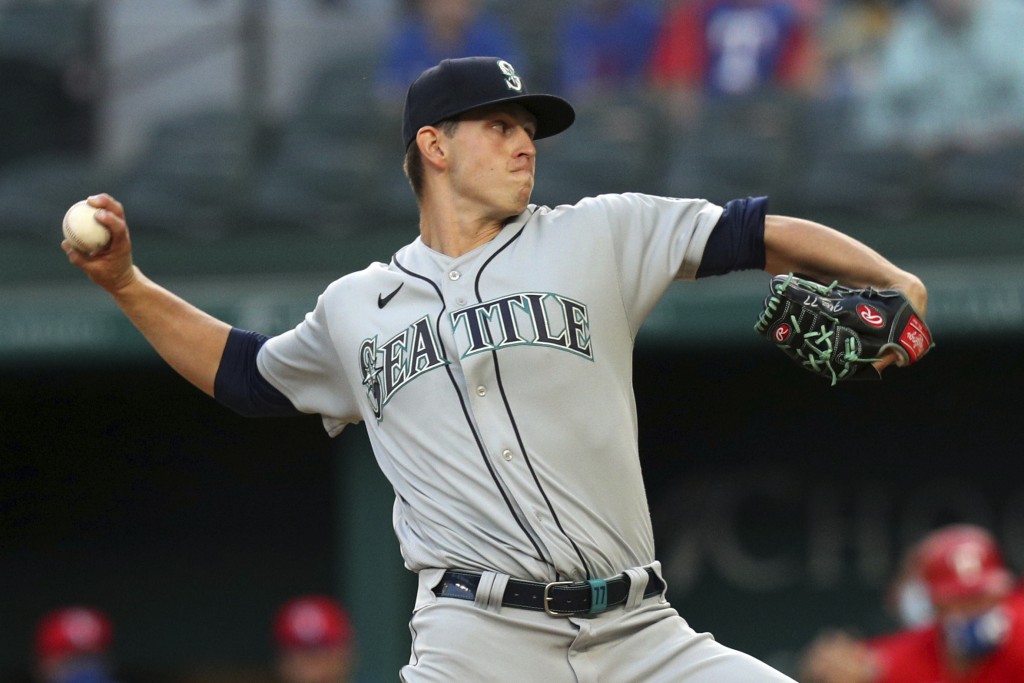 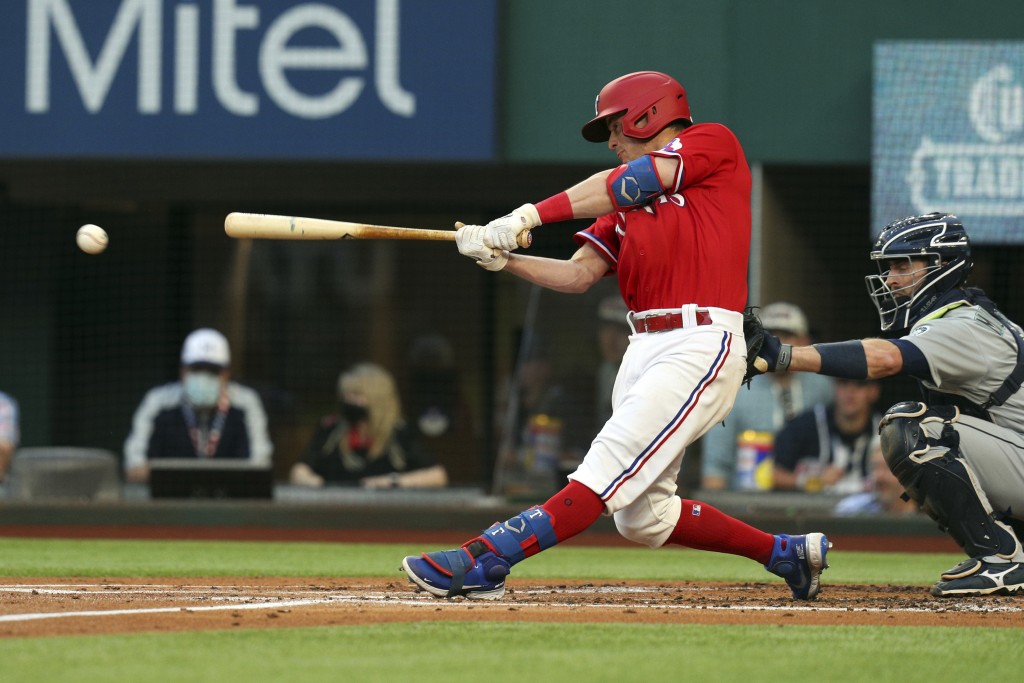 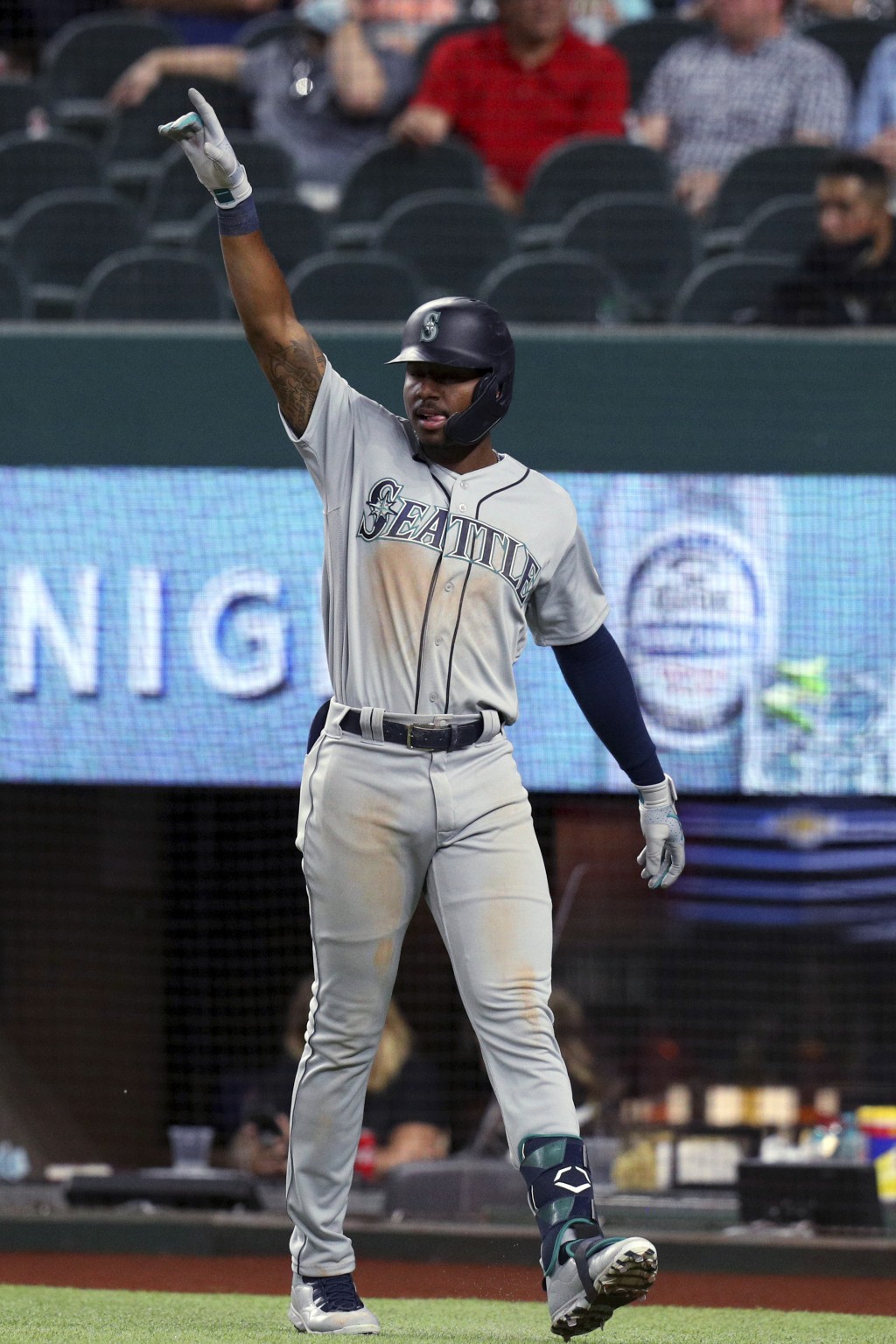 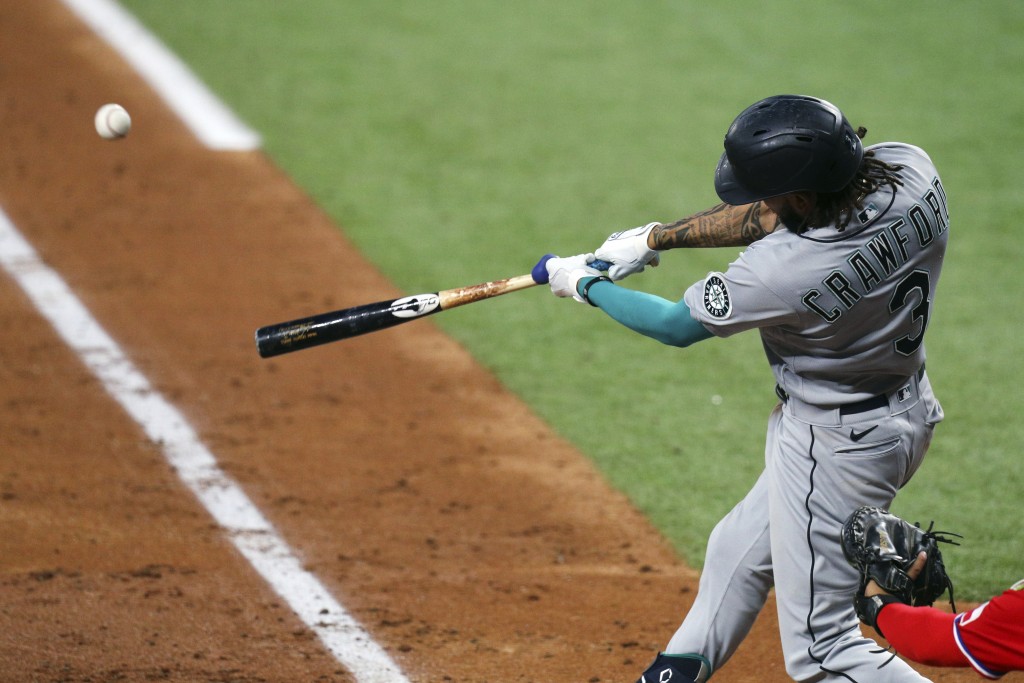 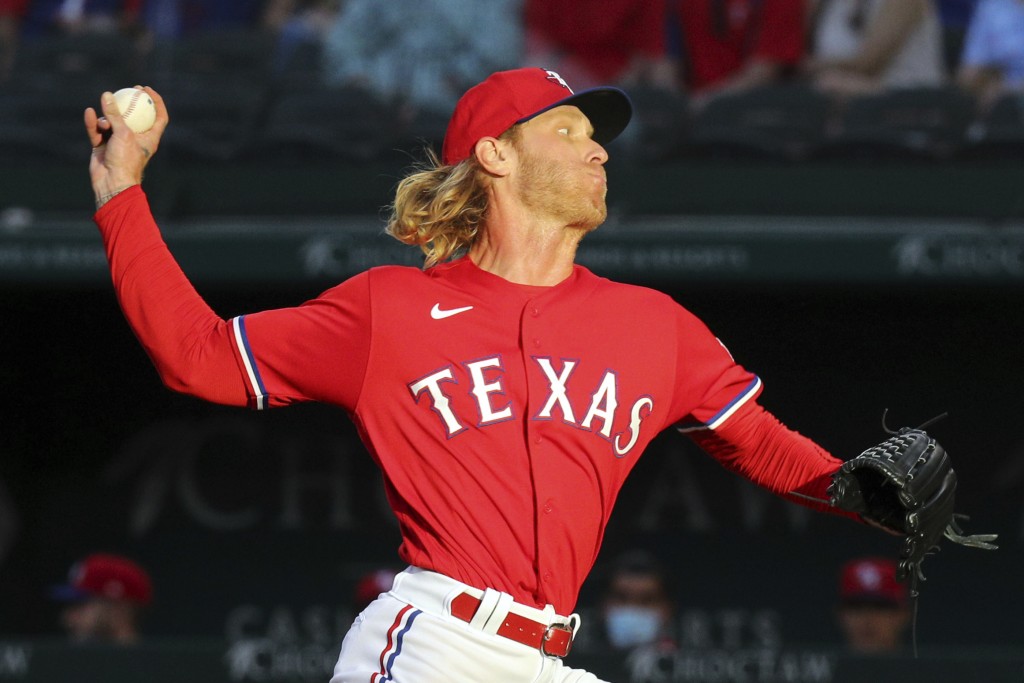 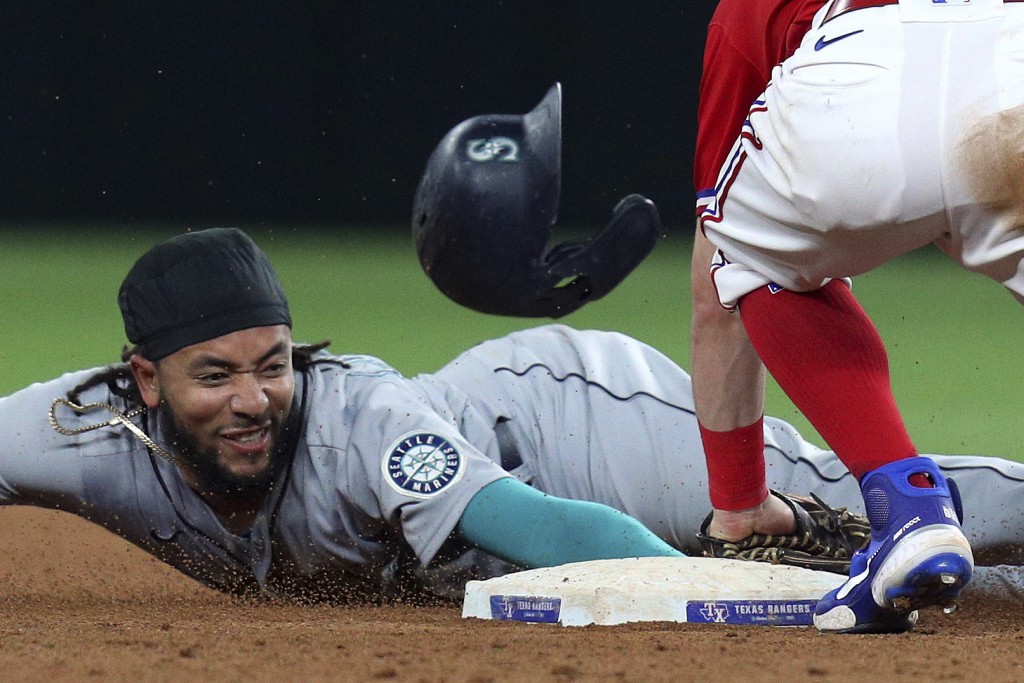 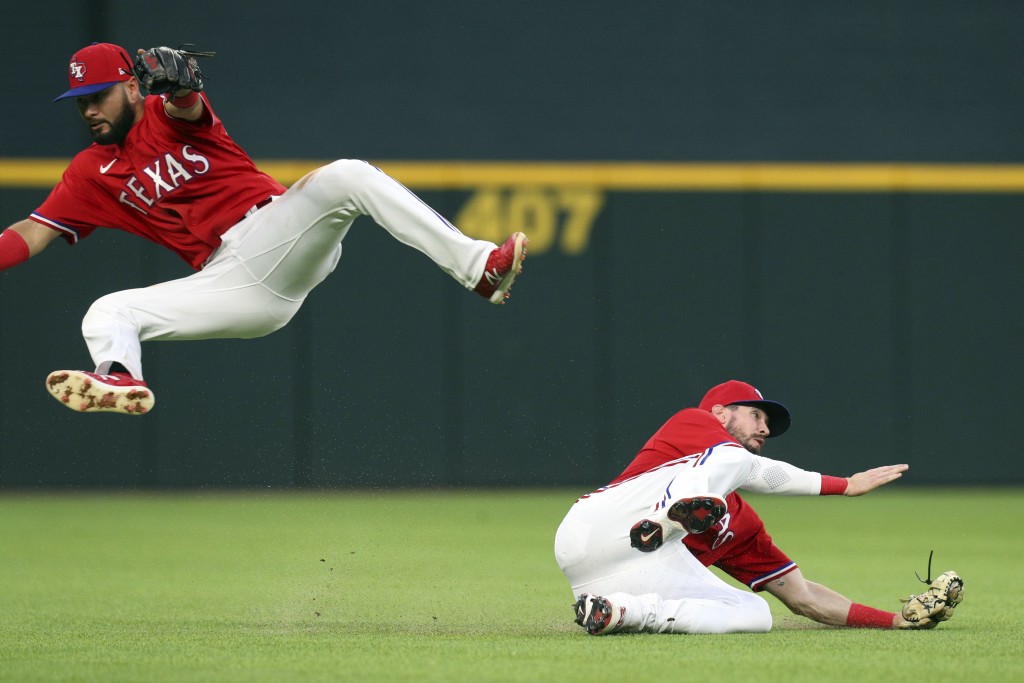 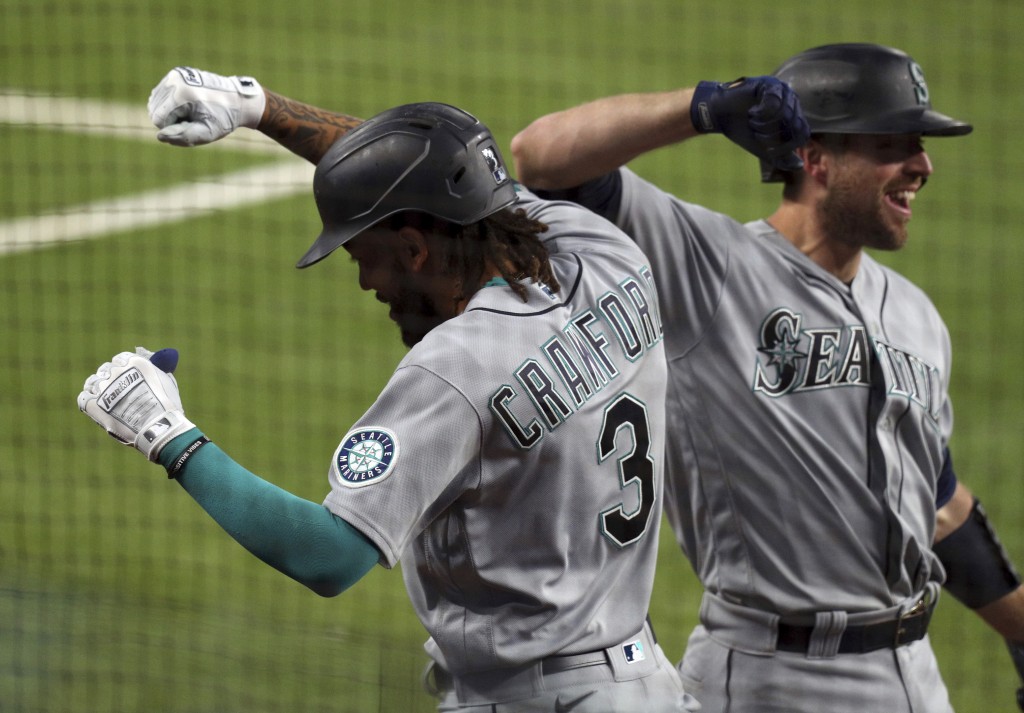 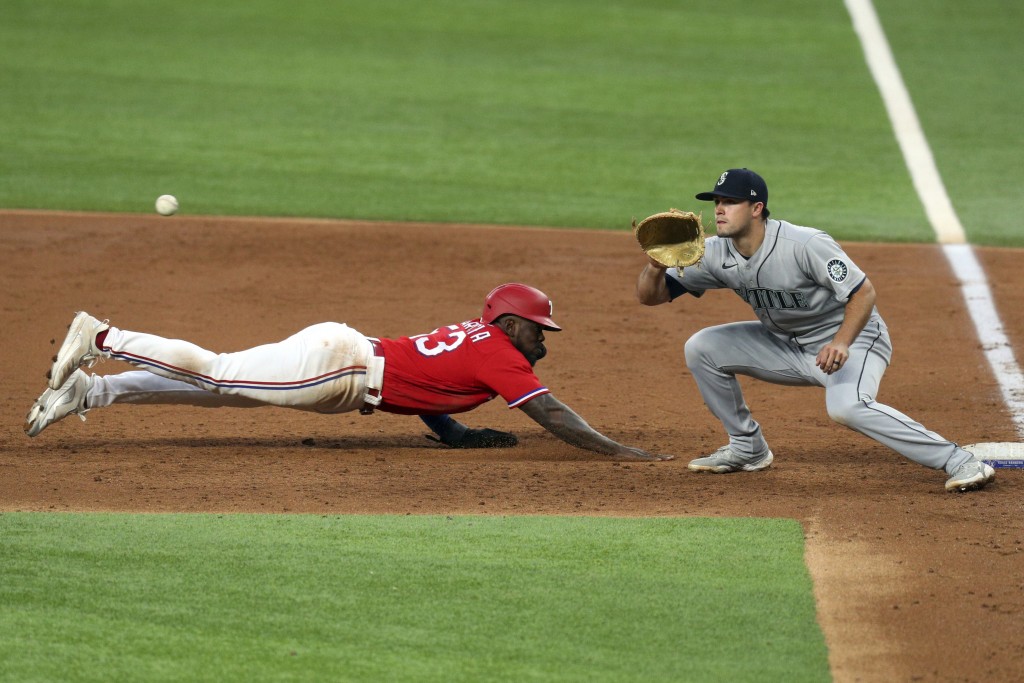 ARLINGTON, Texas (AP) — Mitch Haniger had a tiebreaking RBI single in the seventh inning and the Seattle Mariners bounced back from being no-hit in their last game with a 5-4 victory over the Texas Rangers on Friday night.

Dylan Moore and J.P. Crawford both hit tying two-run homers for the Mariners, who two days earlier at home were held without a hit when Baltimore's John Means faced the minimum 27 batters.

Nate Lowe homered for the Rangers, who had their three-game winning streak snapped. His 451-foot blast to straightaway center leading off the third extended his career-best on-base streak to 20 games in a row.

Chris Flexen (3-1) worked into the seventh, not giving up a run after Lowe's seventh homer leading off the third that put the Rangers ahead 4-2. Flexen scattered 10 hits with two strikeouts and a walk in 6 1/3 innings.

Kendall Graveman struck out three around a one-out double for his fourth save in as many chances. The right-hander has thrown 14 1/3 scoreless innings in his 12 appearances this season

Texas starter Mike Foltynewicz struck out five with one walk in his 6 2/3 innings before No. 9 batter Taylor Trammell greeted reliever Josh Sborz (3-2) with a checked-swing double that blooped into short left field near the line. Haniger followed with a single to left for a 5-4 lead.

Crawford reached base four times, going 3 for 3 and getting hit by a pitch. His first homer of the season made it 4-4 right after Ty France led off the fourth with a double that snapped his 0-for-24 slide.

That was two innings after Crawford's leadoff single was followed by Moore's shot that made it 2-2.

The Rangers were up 2-0 in the first after Nick Solak had an RBI double and then scored on a single by rookie Adolis Garcia.

Mariners: Manager Scott Servais said OF Jake Fraley, out since April 7 with a left hamstring strain, is swinging the bat with no restrictions in the batting cage and has stepped up his running and throwing.

Rangers: OF/DH Khris Davis (left quad strain) could be activated to make his season and Texas debut as soon as Saturday. Texas got the slugger from Oakland in the deal that sent SS Elvis Andrus to Oakland before spring training. ... RHP Kyle Cody has a platelet-rich plasma injection for a bone bruise in his right shoulder and will be out longer than anticipated. Rangers president Jon Daniels probably need several weeks to heal.

RHP Kohei Arihara (2-3, 5.76) is expected back on the mound after missing his scheduled start Wednesday because of an injection in his right middle finger to relieve soreness. Right-hander Erik Swanson (0-0, 0.00) will start in an opener role for the second time this week.