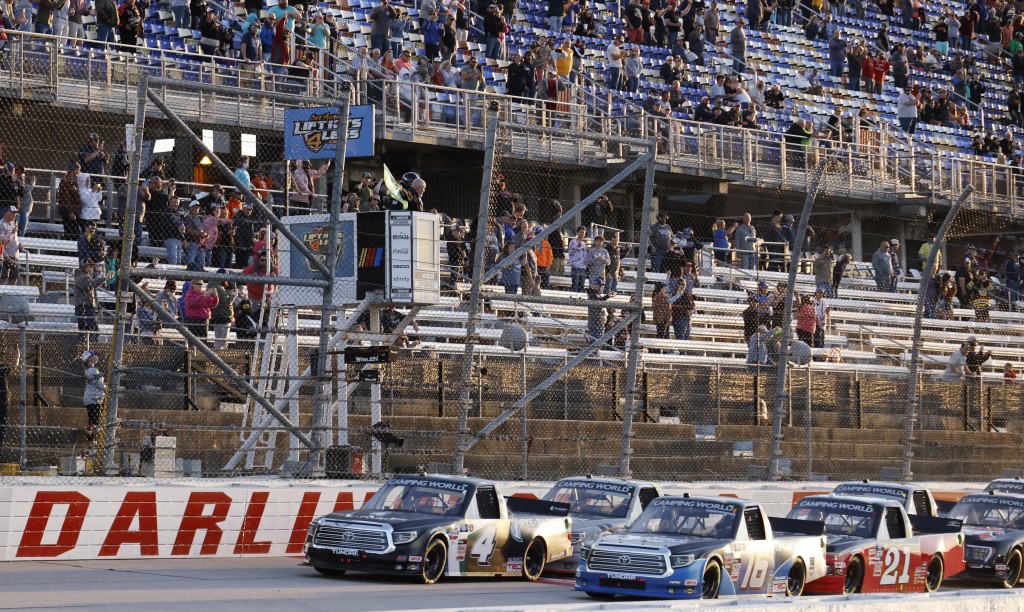 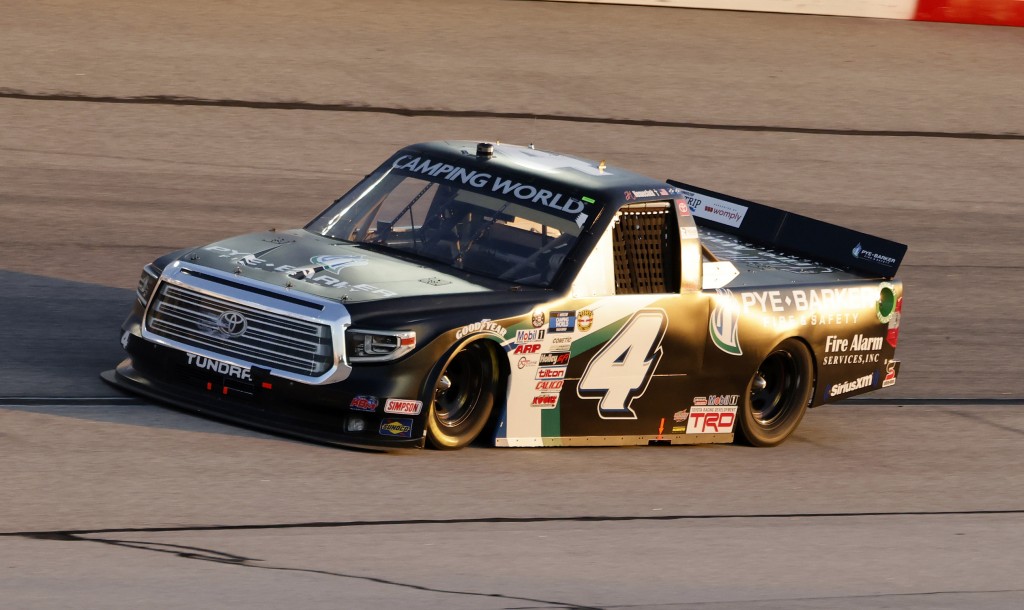 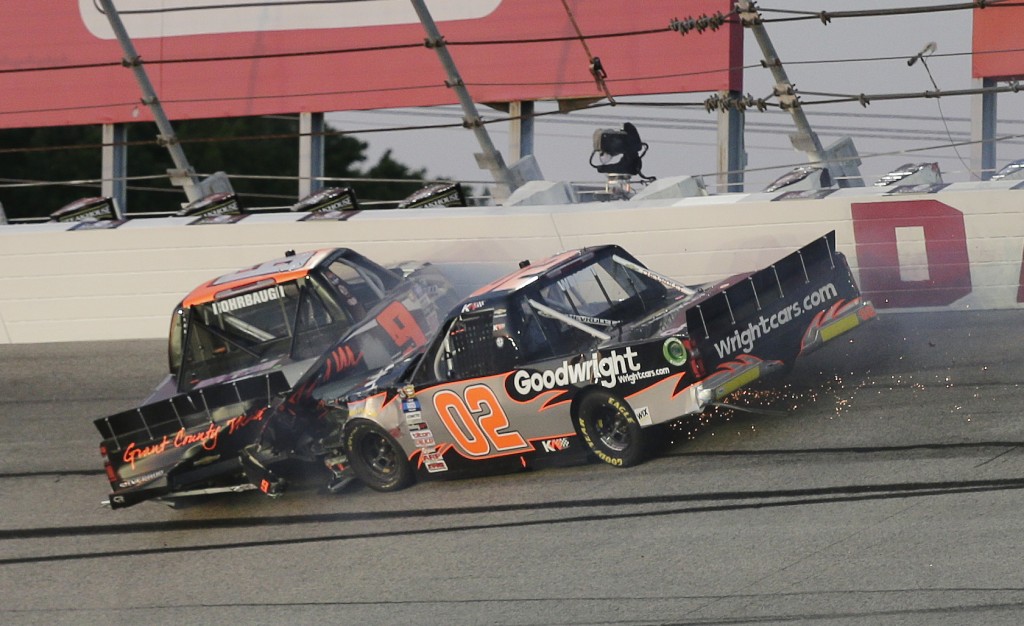 DARLINGTON, S.C. (AP) — Reigning NASCAR Truck Series champion Sheldon Creed won for the first time this season, moving past Ben Rhodes on a restart three laps from the end and holding on for victory at Darlington Raceway on Friday night.

Creed raced to his sixth career victory. He'd been shutout since he won the close the 2020 season at Phoenix and capture the truck championship.

He wasn't much of a factor until the final laps as crashes — including a 17-car pileup with 30 laps left — knocked out several stronger cars including points leader John Hunter Nemechek.

Creed passed Rhodes on a restart seven laps from the end and had some separation until a spinout by Danny Bohn brought out the last of 12 cautions.

Creed took the outside slot and stayed in front of Rhodes for the victory.

Rhodes was second followed by Carson Hocevar, Matt Crafton and Johnny Sauter. Nemechek, who fell from first to 21st after the wreck, rallied to end in eighth.

Nemechek had the strongest vehicle on the track, winning the second stage and leading 66 of the first 117 laps. But he got caught up in a restart wreck — it appeared that Stewart Friesen turned Corey Heim to begin things — that caused a 12-minute, red-flag stoppage to sort out and clean up.

“What the heck, I was just pushed too hard” by Austin Hill, Nemechek told his KBM team on the radio. Hill countered that leader Nemechek spun his tires on the restart to clog things up.

No matter. The multi-truck accident that collected 17 vehicles also caught up two of the three KBM drivers in Nemechek and Chad Smith, ending the team's try at a record-setting sixth consecutive series win.

Team owner Kyle Busch won the truck race at Kansas last week to match the record accomplished by Roush Racing in 1999 and 2000 and Kevin Harvick Inc. in 2009.