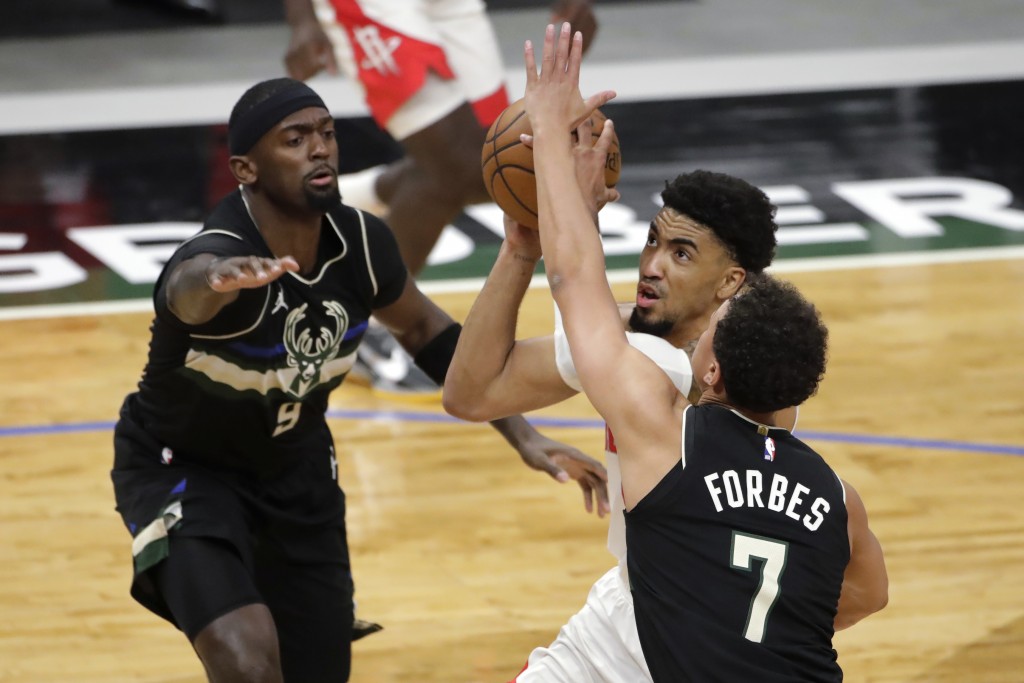 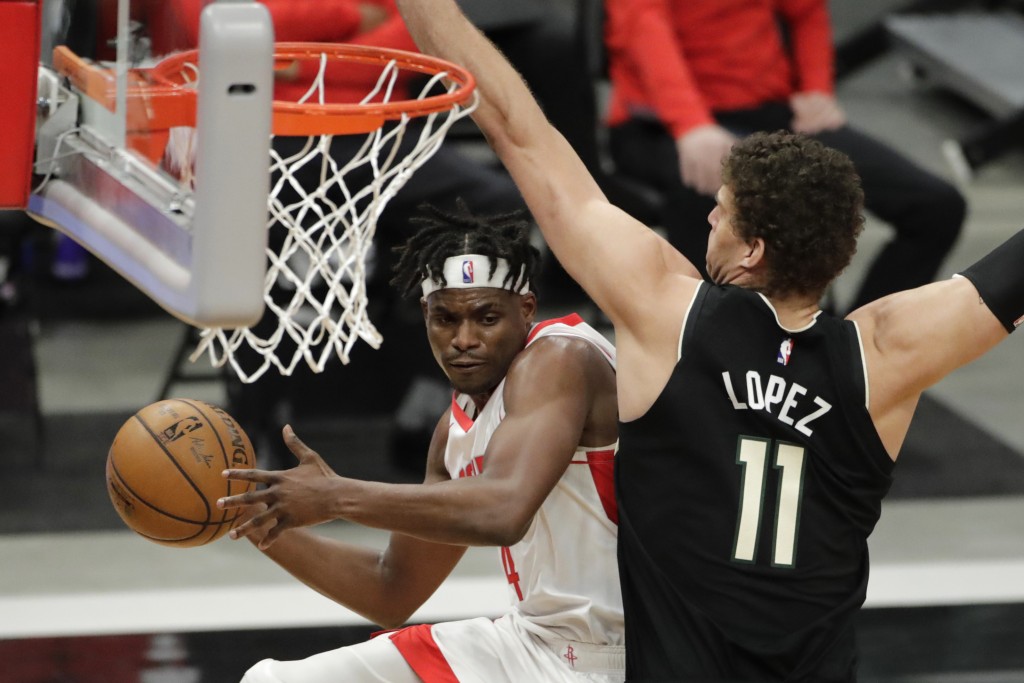 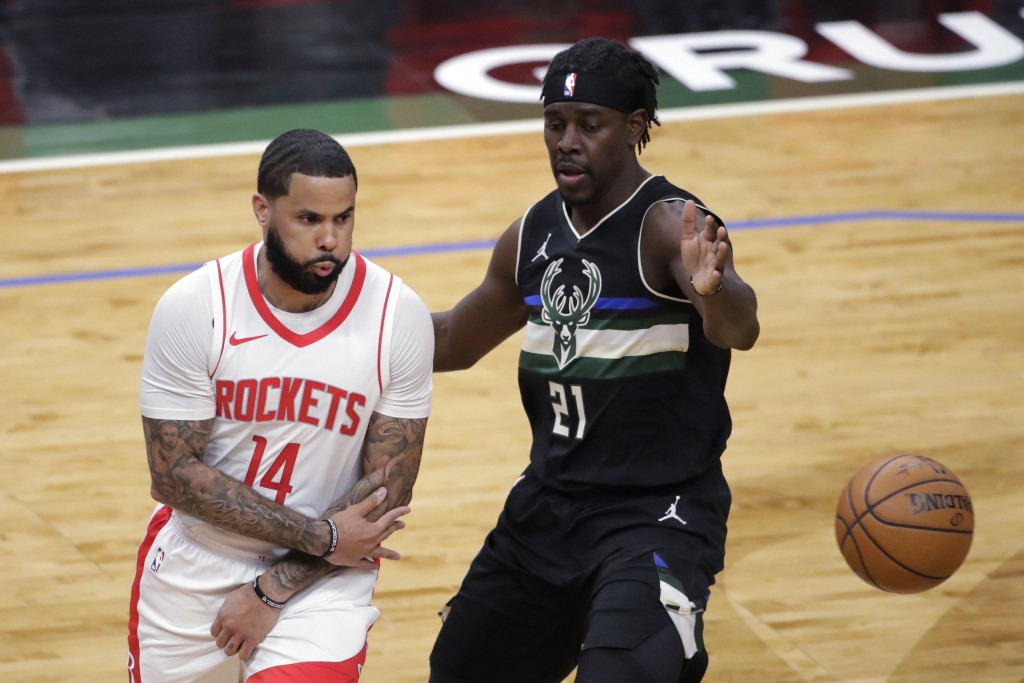 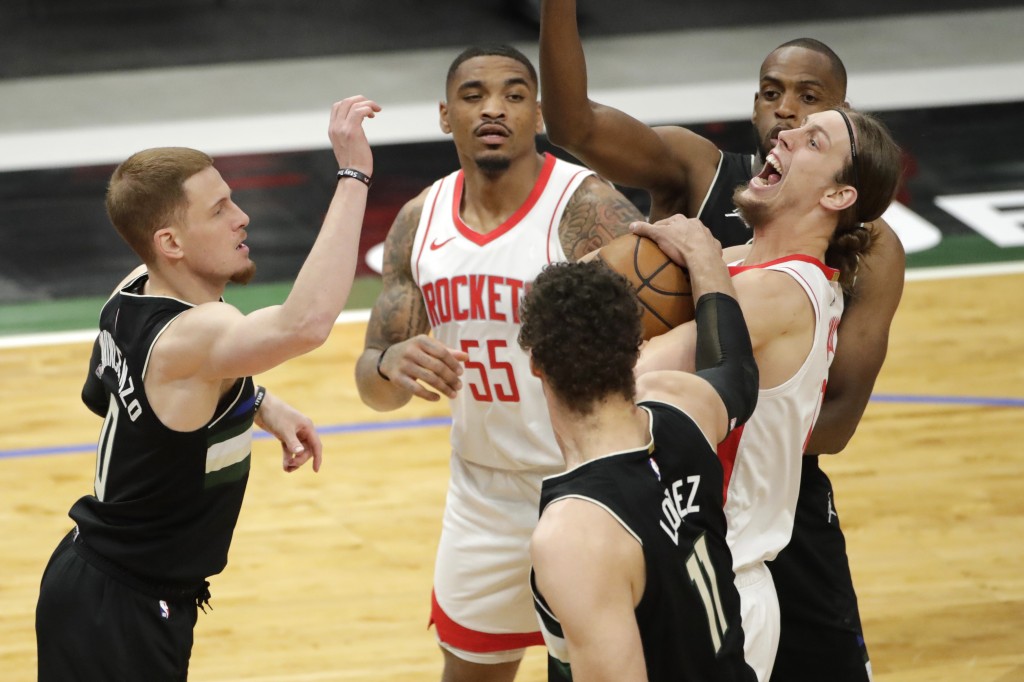 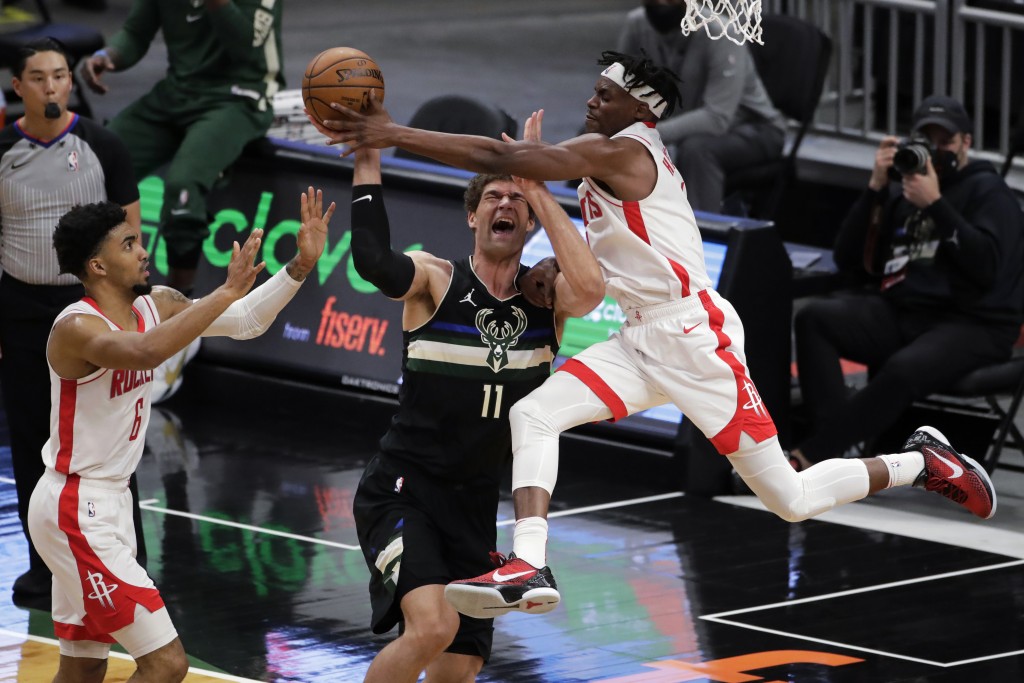 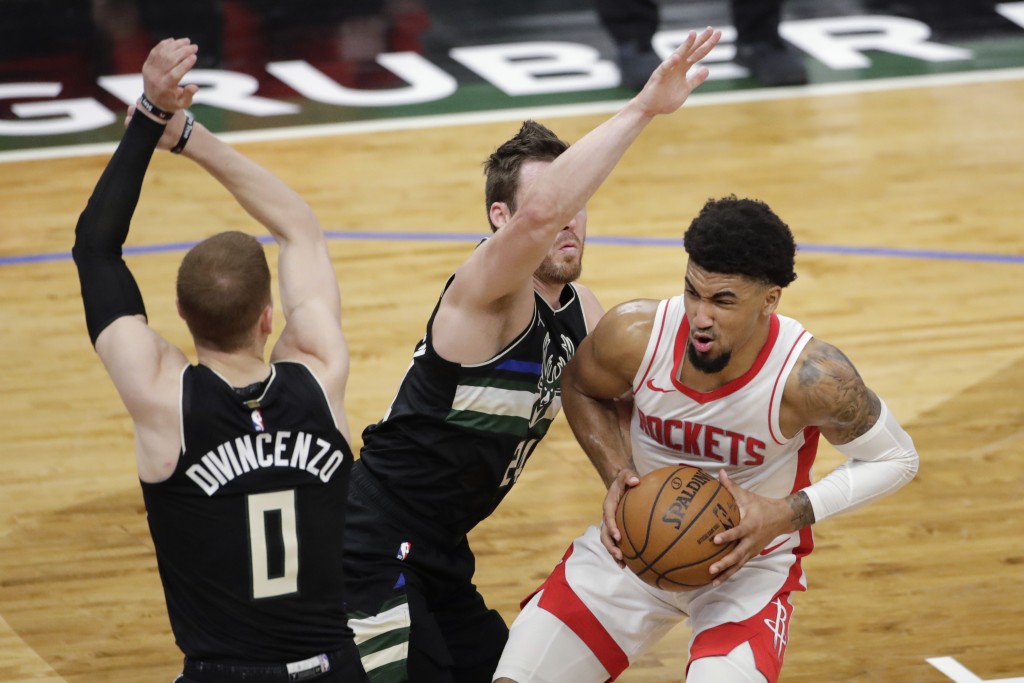 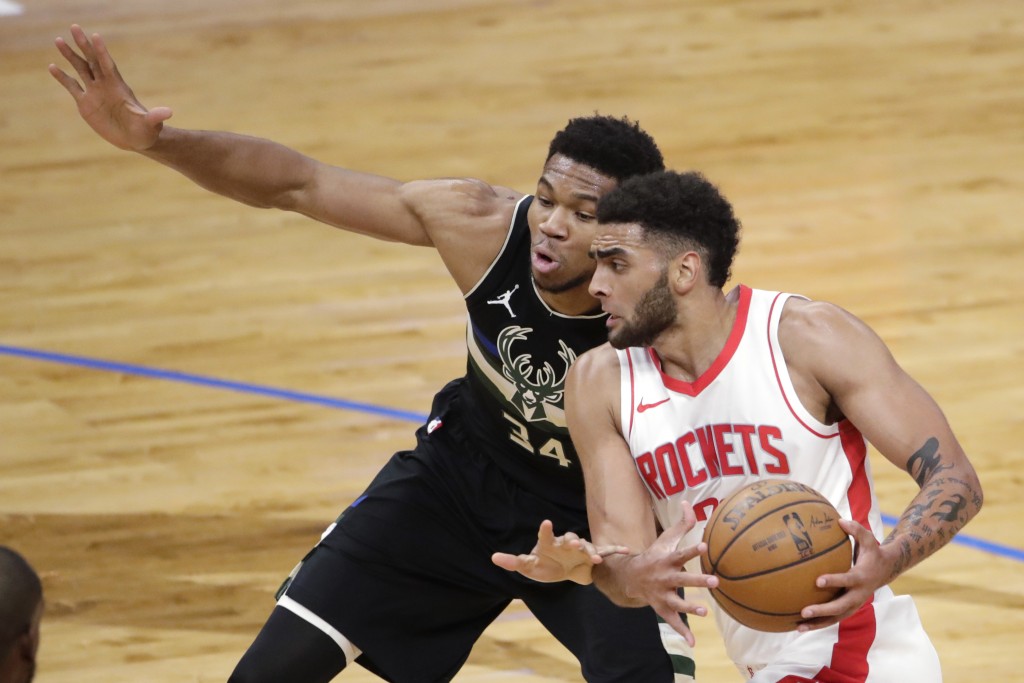 MILWAUKEE (AP) — Brook Lopez had 24 points and Khris Middleton scored 21 of his 23 in the second half to help the Milwaukee Bucks beat the short-handed Houston Rockets 141-133 on Friday night for their fifth consecutive victory.

The Bucks (43-24) tied Brooklyn for second place in the Eastern Conference standings. The Bucks also have the tiebreaker advantage over Brooklyn because they won two of their their three regular-season meetings.

Milwaukee earned a measure of revenge after falling 143-136 on April 29 at Houston. Bucks forward and reigning two-time MVP Giannis Antetokounmpo left that game in the opening minute with a sprained right ankle.

The Bucks haven’t lost and the Rockets haven’t won since that game.

Houston had only eight available players for Friday’s rematch. Among the missing Rockets was Kevin Porter Jr., who scored 50 points against the Bucks last week but couldn’t play Friday due to a sprained left ankle.

Khyri Thomas became the 28th player to get in a game for the Rockets this season — tying an NBA record — and he scored 16 points and shot 6 of 7 after signing a contract earlier in the day.

Milwaukee still struggled to put the Rockets away.

The Bucks trailed for most of the second quarter before rallying to take a 64-63 halftime lead. Milwaukee stayed in front throughout the second half, though the Rockets responded whenever the margin hit double digits.

Rockets: D.J. Augustin played for the first time since April 12 and scored 17 points. This was Augustin's first time facing the Bucks since they traded him to Houston in a March 19 deal that brought P.J. Tucker to Milwaukee. Augustin played 37 games and made six starts for the Bucks this season. ... Rookie Anthony Lamb made his first career start and scored 14 points.

Bucks: Middleton was back in the lineup after missing one game due to a sore left knee. ... Bobby Portis is having his foundation treat single mothers to manicures and pedicures at a nail salon in his hometown of Little Rock, Arkansas. “My favorite holiday of the year, it’s Mother’s Day because of my mom,” said Portis, who was raised by a single mother. “She’s like my rock. She’s everything to me.”