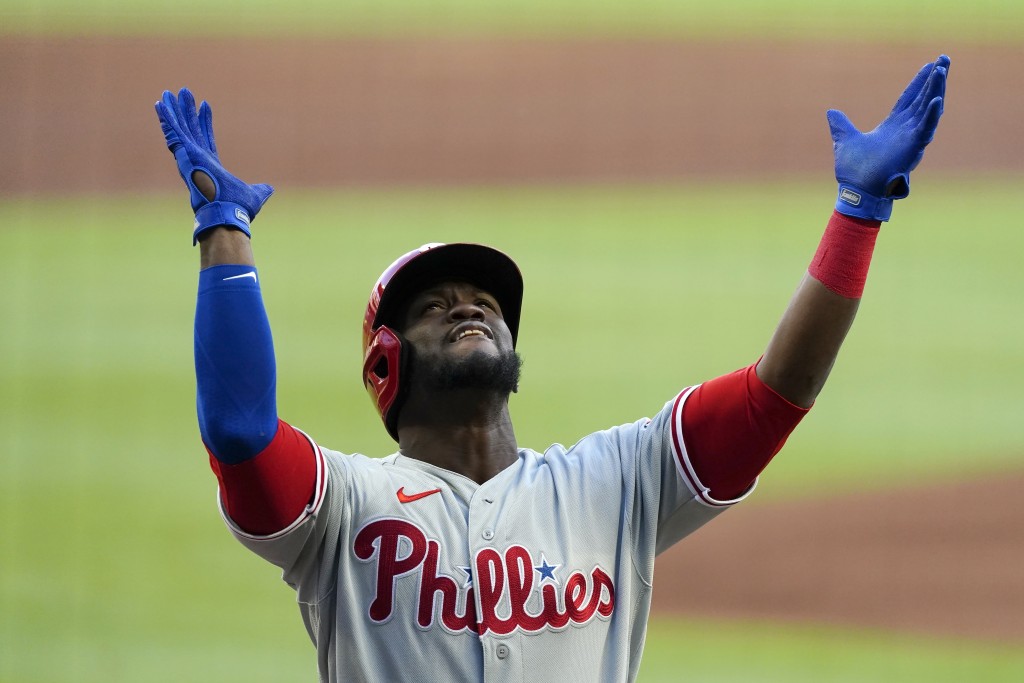 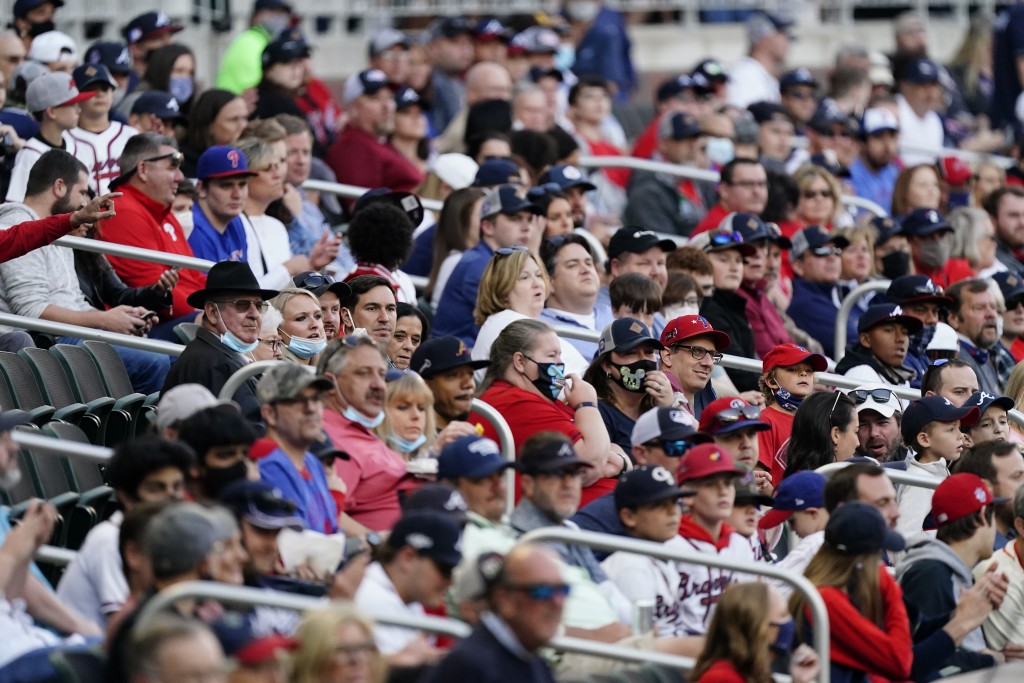 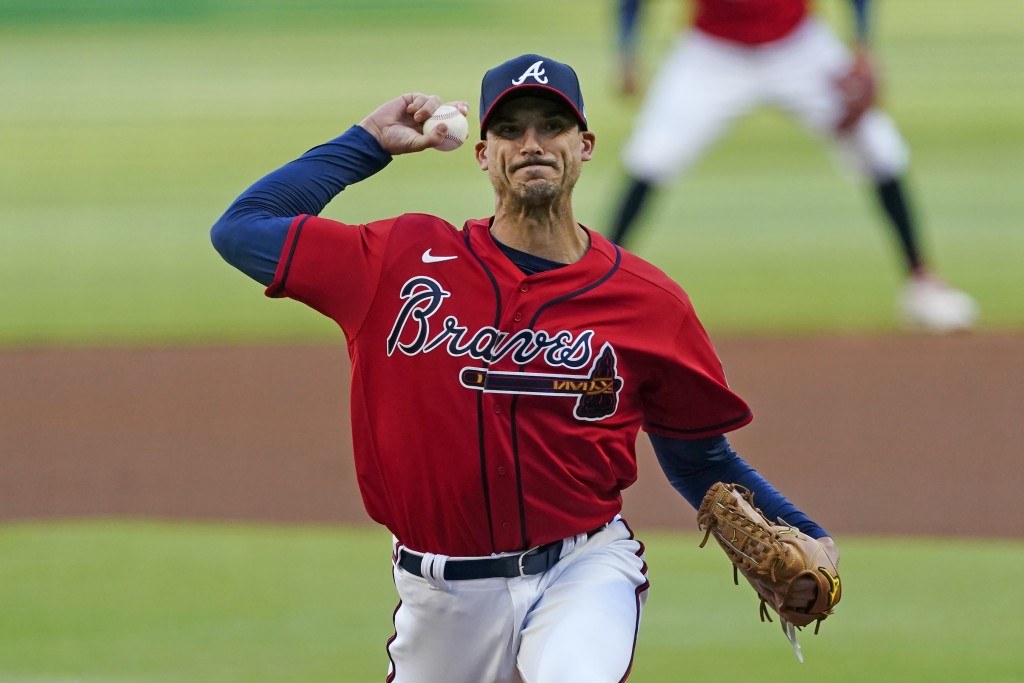 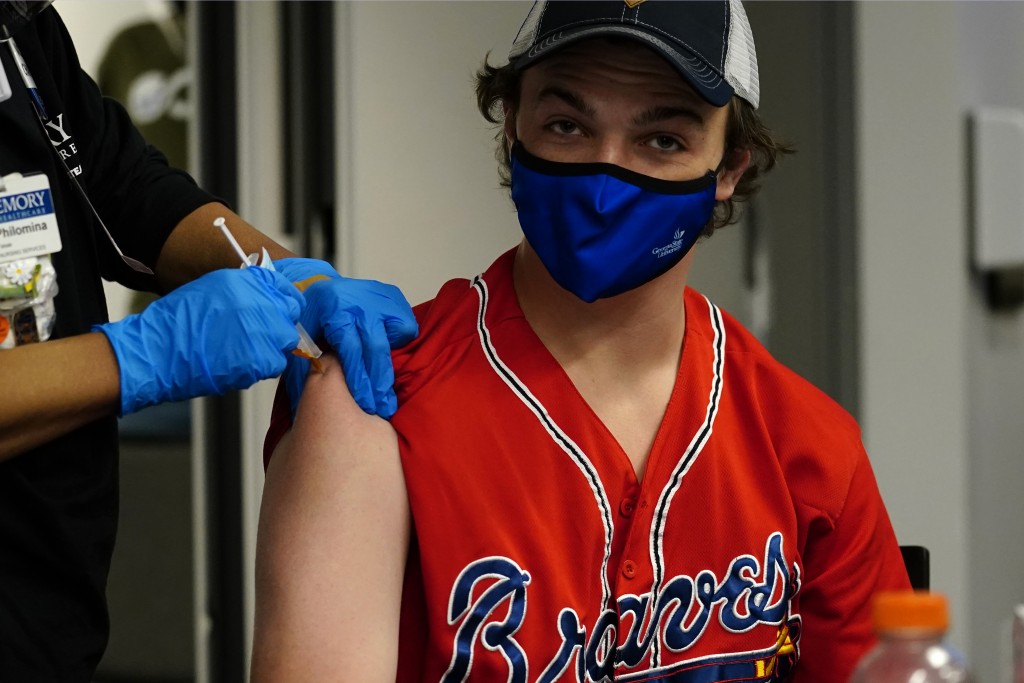 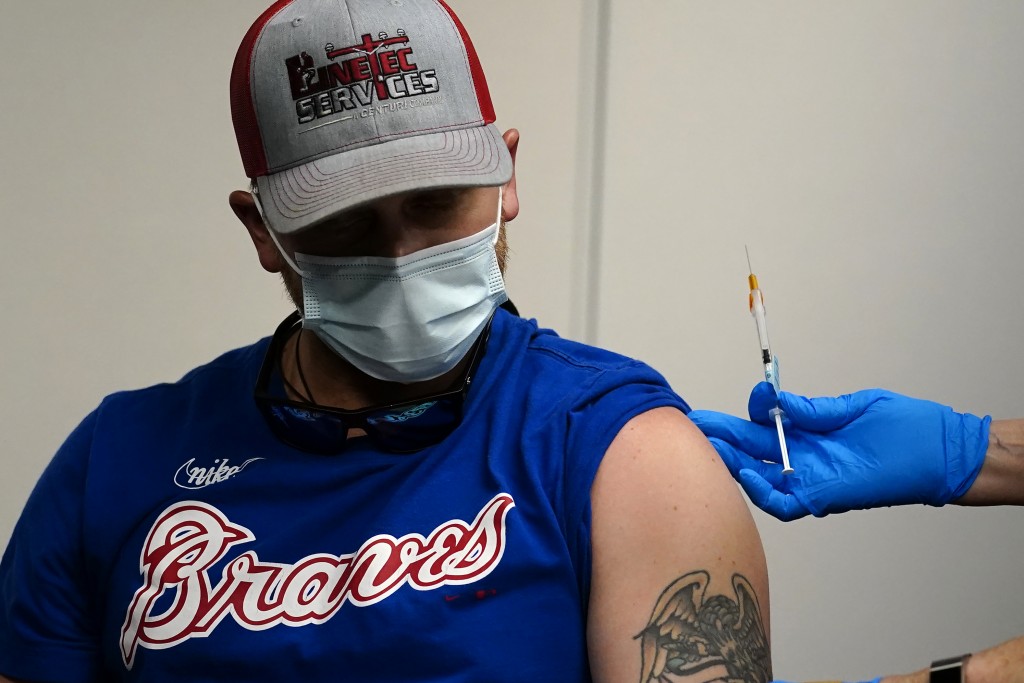 ATLANTA (AP) — Odúbel Herrera hit a three-run homer in Philadelphia's six-run first inning and the streaking Phillies beat Charlie Morton and the Atlanta Braves 12-2 on Friday night in their top-scoring game this season.

Boosted by the return of Jean Segura and Bryce Harper from injuries, the Phillies set a season high with 16 hits.

J.T. Realmuto had three hits, including a two-run homer, and Segura drove in two runs with four hits. The Phillies stretched their winning streak to five games.

The attendance was 38,952 as the Braves allowed 100% capacity for the first time since before the coronavirus pandemic. The big crowd was not a sellout but almost doubled the season’s previous high of 20,673 against Arizona on April 25.

Zach Eflin (2-1) gave up a second-inning home run to Dansby Swanson. It was a rare mistake for Eflin, who allowed two runs and five hits in 6 2/3 innings with eight strikeouts.

Morton (2-2) didn't survive the first inning, recording only two outs. All six runs were unearned, thanks to a passed ball by rookie William Contreras that allowed Rhys Hoskins to reach on a strikeout. Alec Bohm's bases-loaded single drove in the first run.

Segura had a two-run single in the first in his return from the 10-day injured list with a right quadriceps strain. Harper had two hits, including a double, after missing four games with a sore left wrist.

Ronald Acuña Jr. dropped a soft single into right field in the fifth to drive in Swanson, who doubled past a diving Harper.

Realmuto homered in the eighth off Carl Edwards Jr., who allowed three runs while recording only one out.

Josh Tomlin allowed one run in 4 1/3 innings behind Morton to save excessive wear on Atlanta's bullpen.

Braves manager Brian Snitker said lifting the limit on ticket sales was a sign of progress.

“It's going to be good for all of us,” Snitker said before the game. "It’s another step toward normalcy.”

There was a mixed response from fans to the Braves’ request that face masks be worn except when actively eating or drinking.

The Braves offered free tickets to fans who received COVID-19 vaccinations before and during the game.

Phillies: OF Mickey Moniak, hitting .120, was optioned to Triple-A Lehigh Valley to clear a roster spot for Segura. ... RHP Archie Bradley (oblique) was expected to throw a side session. Manager Joe Girardi said Bradley will throw again before a decision is made on his status. “After each side you have to evaluate where he’s at physically,” Girardi said.

Braves: The Braves selected the contract of Edwards. He signed as a free agent with Atlanta in February and was released on March 25 before re-signing one week later. ... RHP Edgar Santana was optioned to Gwinnett and RHP Nate Jones was designated for assignment.

Atlanta's Ian Anderson (2-1, 3.27) will face Philadelphia's Vince Velasquez (1-0, 4.91) in a matchup of right-handers when the weekend series continues on Saturday night.