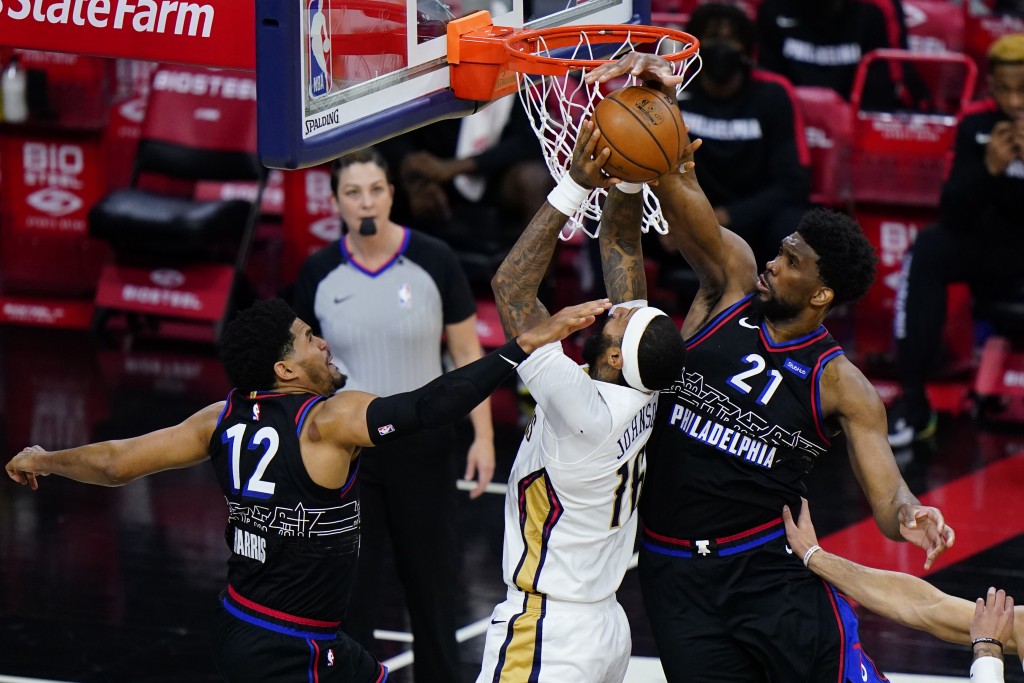 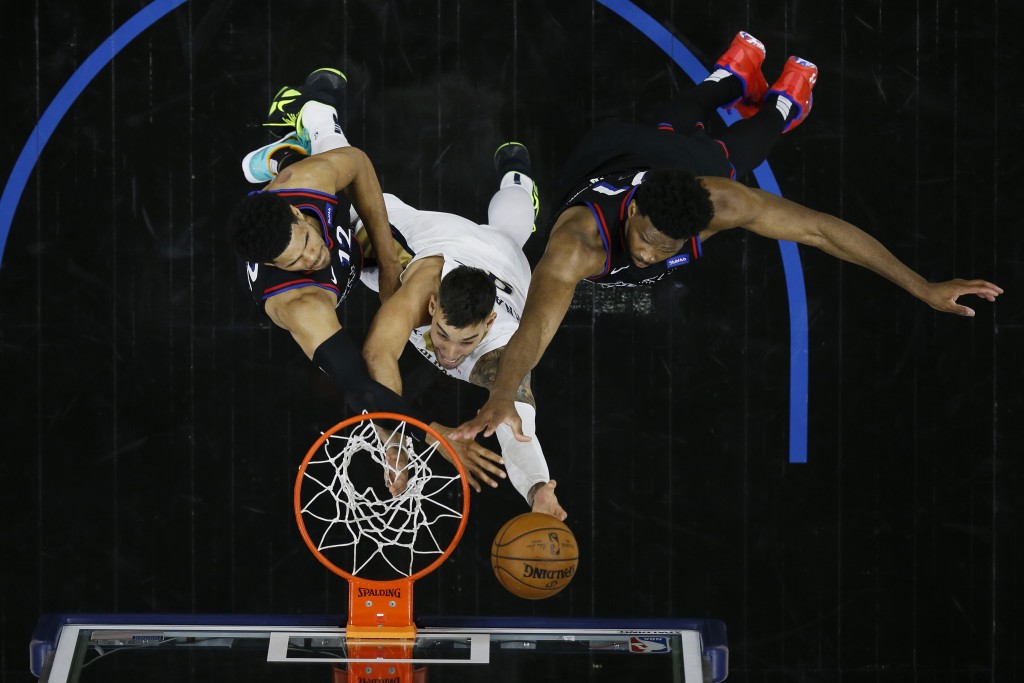 PHILADELPHIA (AP) — Joel Embiid had 37 points and 13 rebounds to the tune of “MVP! MVP!” chants and the Philadelphia 76ers inched closer toward securing the top spot in the East with a 109-107 victory over the New Orleans Pelicans on Friday night.

The 76ers won their season-high seventh straight game and increased their lead to three games over Brooklyn in the Eastern Conference.

Embiid made two free throws with 1:39 left to bring the Sixers within one, then grabbed a defensive rebound on the other end to set up Tobias Harris’ 3 with 1:10 left that made it 109-107. Philadelphia forced two turnovers to seal the victory.

With their playoff hopes fading and fans at the United Center for the first time this season, the Bulls led by 21 in the third quarter and put this one away after Boston got within eight in the fourth, scoring 12 straight.

Chicago pulled within three games of Washington and 3 1/2 of Indiana for the final spots in the Eastern Conference play-in tournament with five to play.