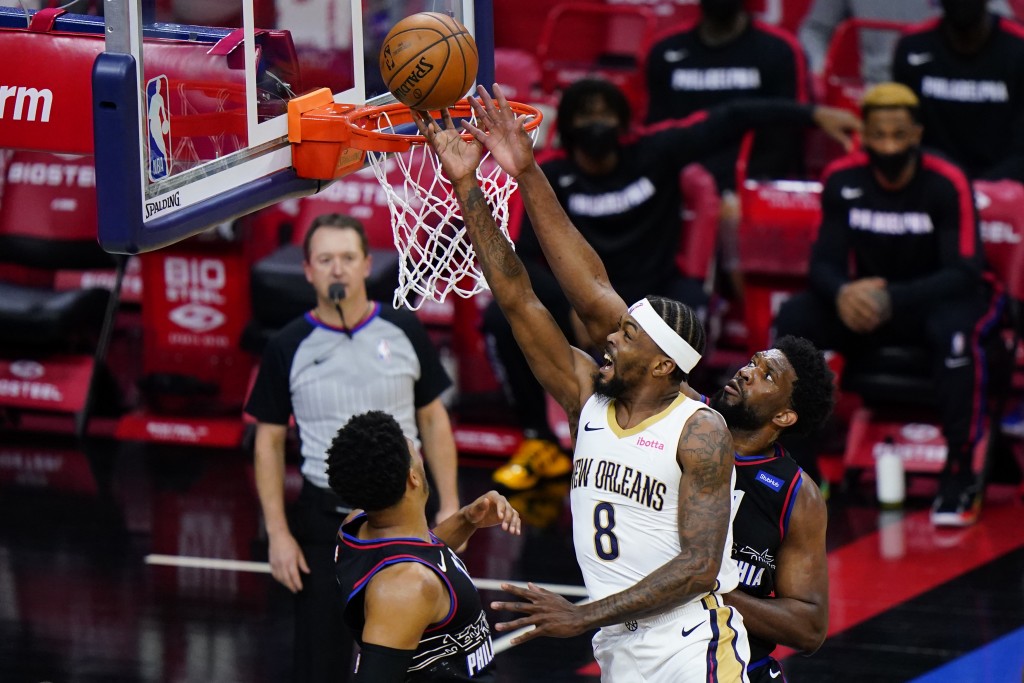 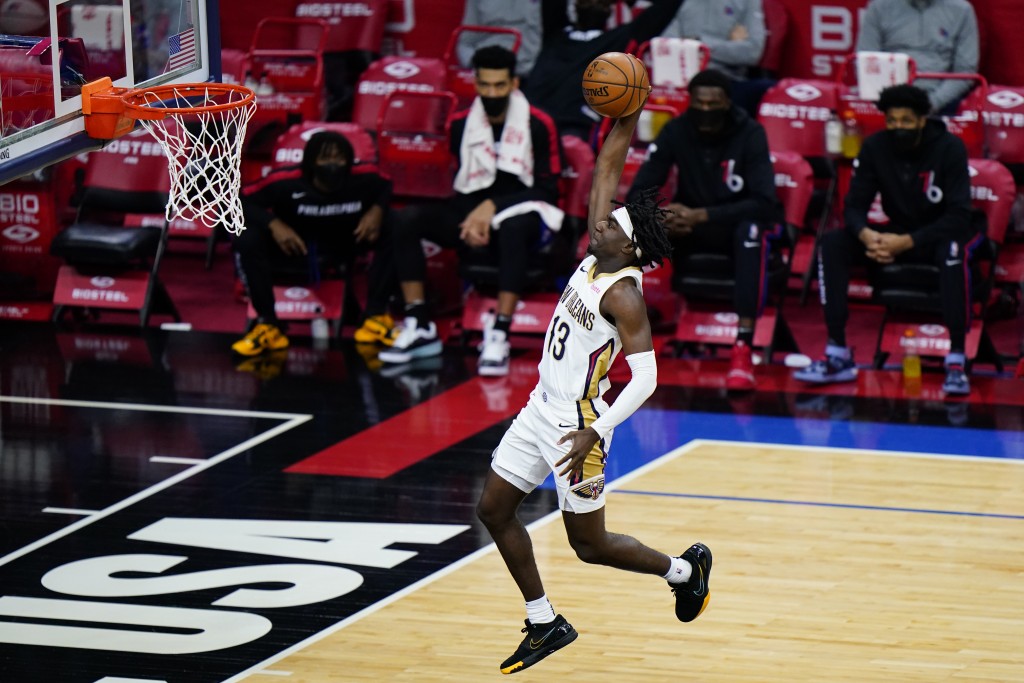 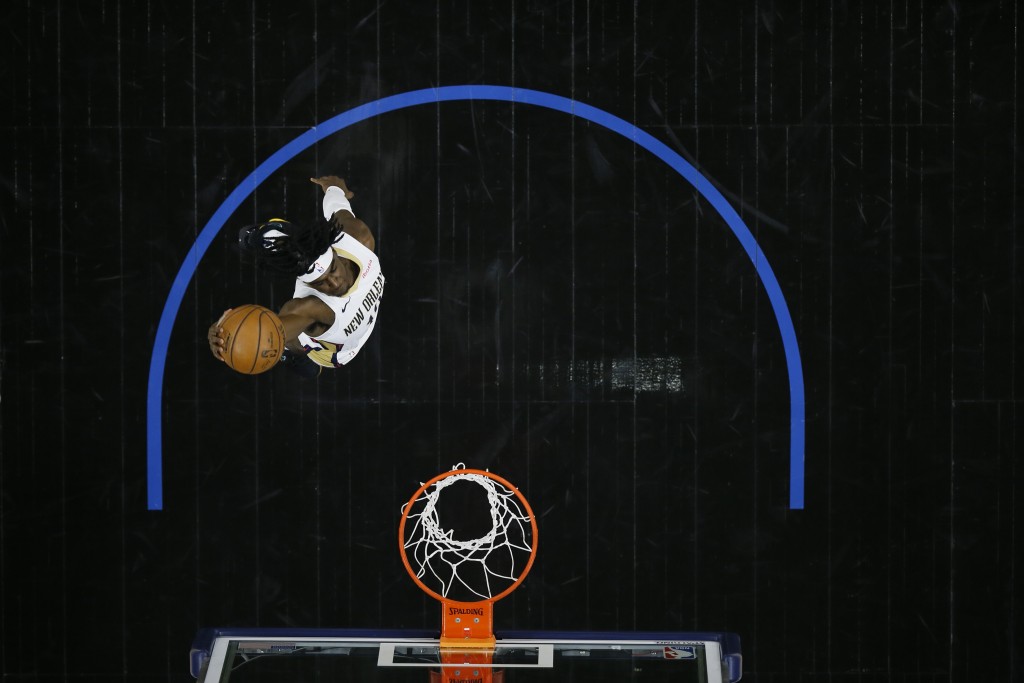 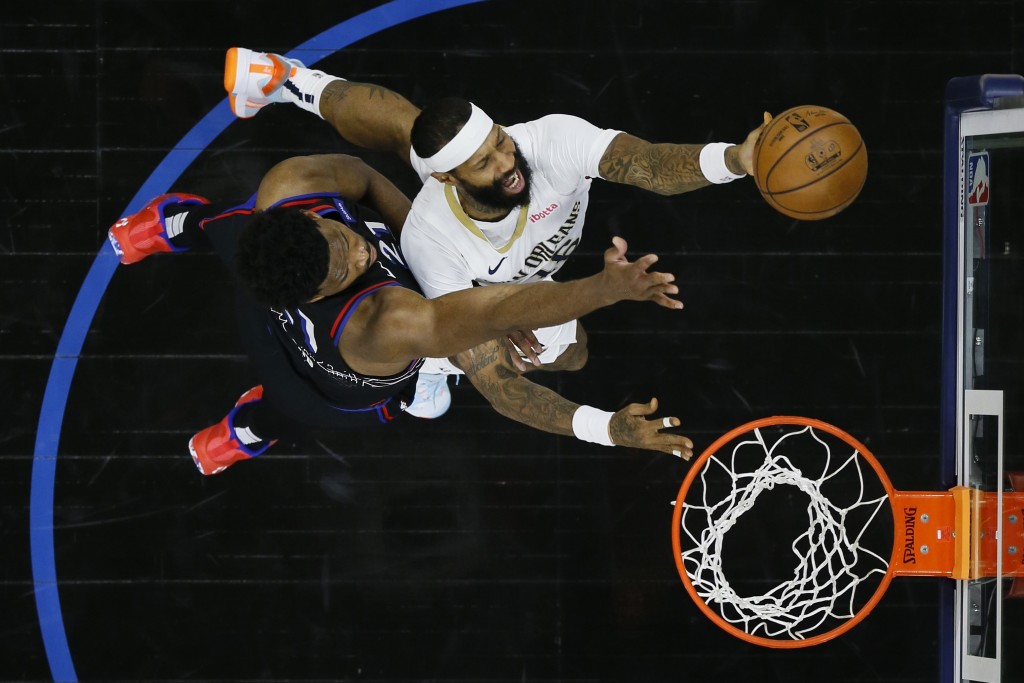 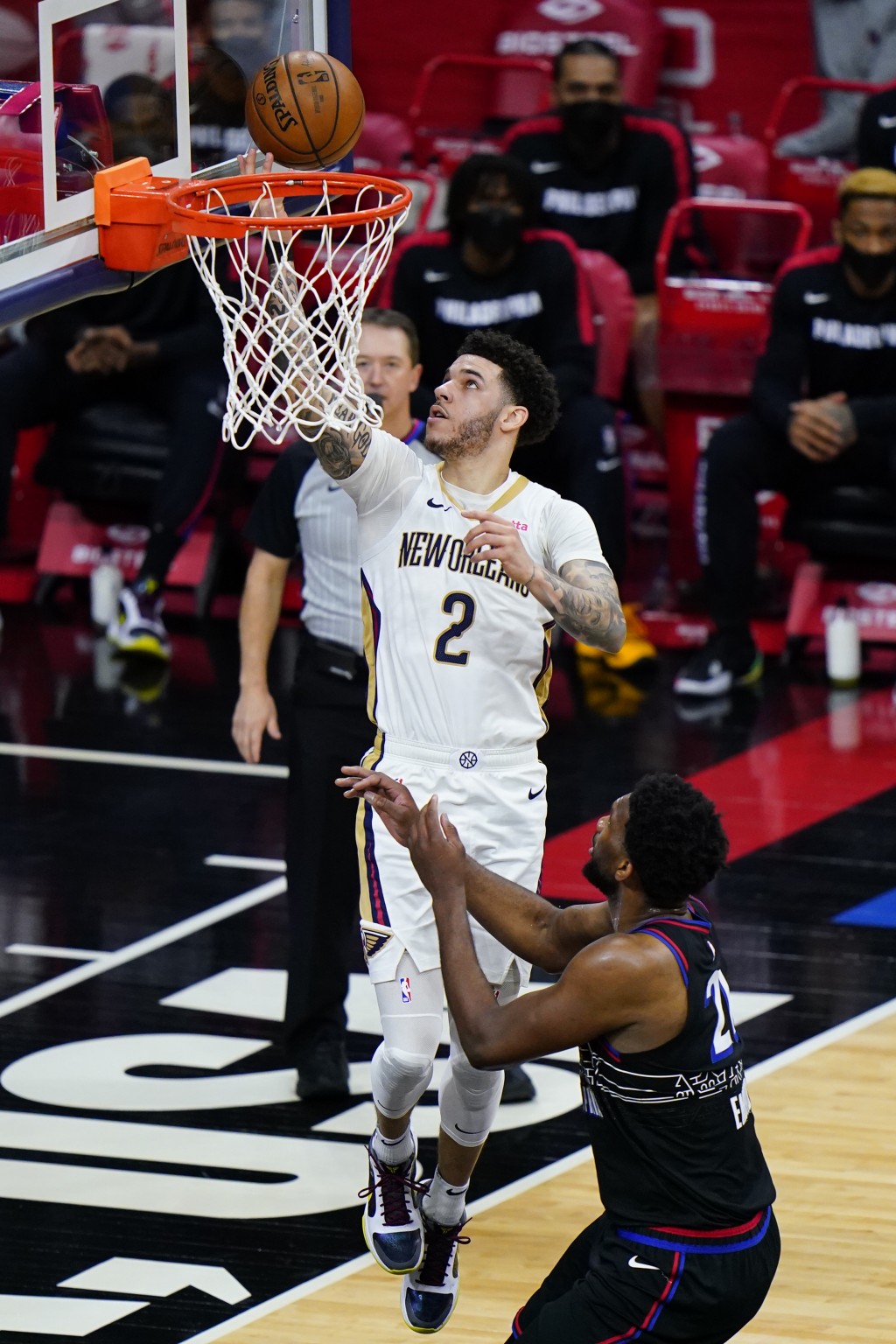 PHILADELPHIA (AP) — Joel Embiid had 37 points and 13 rebounds to the tune of “MVP! MVP!” chants and the Philadelphia 76ers inched closer toward securing the top spot in the East with a 109-107 victory over the New Orleans Pelicans on Friday night.

Embiid made two free throws with 1:39 left to bring the Sixers within one, then grabbed a defensive rebound on the other end to set up Tobias Harris’ 3 with 1:10 left that made it 109-107. Philadelphia forced two turnovers to seal the victory.

The Sixers (46-21) won their season-high seventh straight game and increased their lead to three games over Brooklyn in the Eastern Conference. Barring a crazy collapse over the final five games, the Sixers will win the conference and home-court advantage through the conference playoffs. The Sixers are 26-7 at home this season and they won another tight one against a Pelicans team playing without Zion Williamson (finger).

Don’t necessarily count coach Doc Rivers among those impressed with winning the conference.

“I don’t look at being a No. 1 seed as this great achievement,” he said. “I just think it’s great to have because of home court. The achievement is winning it (all). Everything else is what you need to do to try and win.”

Embiid and the Sixers are rolling as they head toward a postseason series with the winner of an East play-in tournament. Harris scored 17 points.

Lonzo Ball and Eric Bledsoe both scored 18 points for the Pelicans.

Embiid, the 7-foot All-Center center, continued to put up the numbers in stats and the win column that made him an MVP frontrunner for most of the season. The one number slowing down his bid? It’s 48, as in games played, well behind the 67 played by Denver’s Nikola Jokic. Milwaukee’s Giannis Antetokounmpo and Phoenix’s Chris Paul are also among the stout candidates. FanDuel Sportsbook has the Sixers at +1,200 to win the NBA title (Boston is the betting favorite) and Embiid is +950 (Jokic at -1,300 is the favorite) for MVP honors.

Embiid missed 10 games with a bone bruise in his left knee just after the All-Star break (19 overall) which may hinder his bid to win the award.

“I think it’s the quality,” Rivers said. “Let’s say we keep winning and end up the No. 1 seed, I don’t know how you can argue Joel Embiid being the MVP.”

Sixers fans, naturally, thought Embiid should win the award. Embiid opened the game with a 3-pointer on the first shot, grabbed a defensive rebound and would dish to Curry for a 3. Sure enough, late in the quarter, Embiid stood at the free-throw line as 5,000 fans chanted “MVP!”

The Sixers needed every point against an undermanned Pelicans teams playing for its postseason life. The Pelicans pulled within 1 1/2 games of the final Western Conference play-in spot, entering Friday. Their push got tougher with Williamson —- 27 points and 7.2 rebounds in 61 games -- sidelined indefinitely with a fractured left finger. The 20-year-old forward was lost just as the Pelicans started a five-game road trip against certain or potential playoff teams.

76ers: Friday marked 19 years since former 76ers great Allen Iverson went on his memorable “practice” rant when he used the word 22 times in a press conference.

Pelicans: At Charlotte on Sunday.