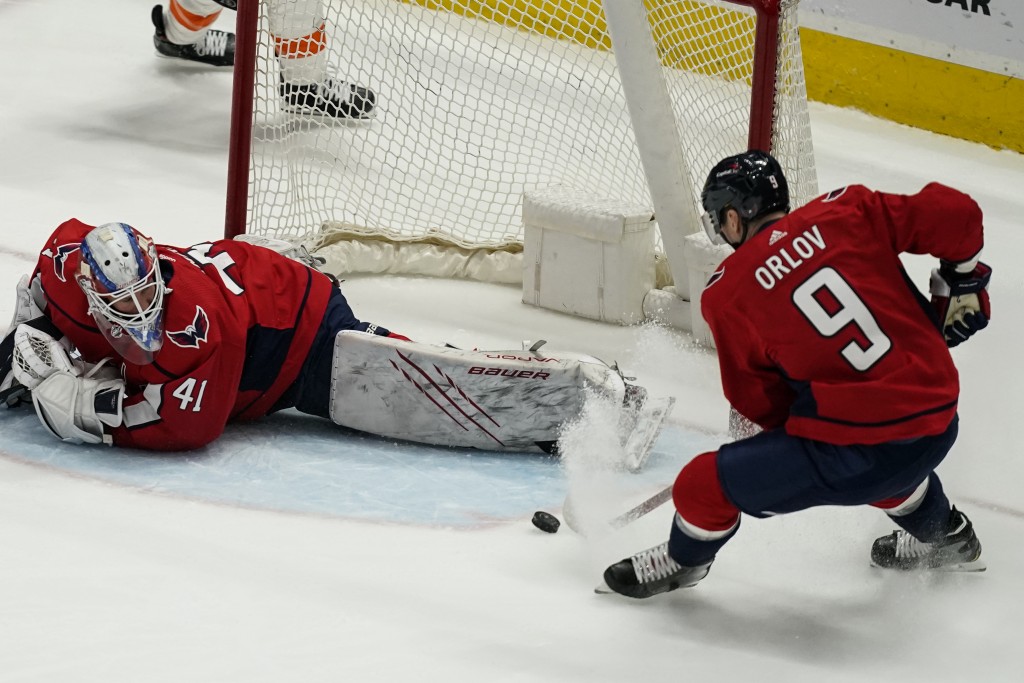 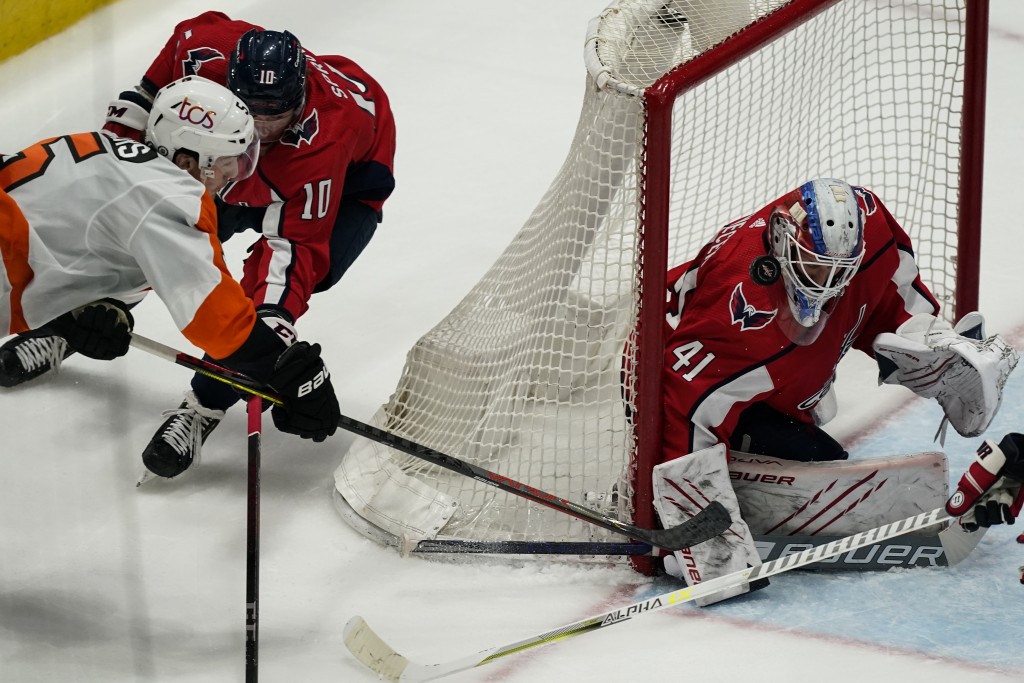 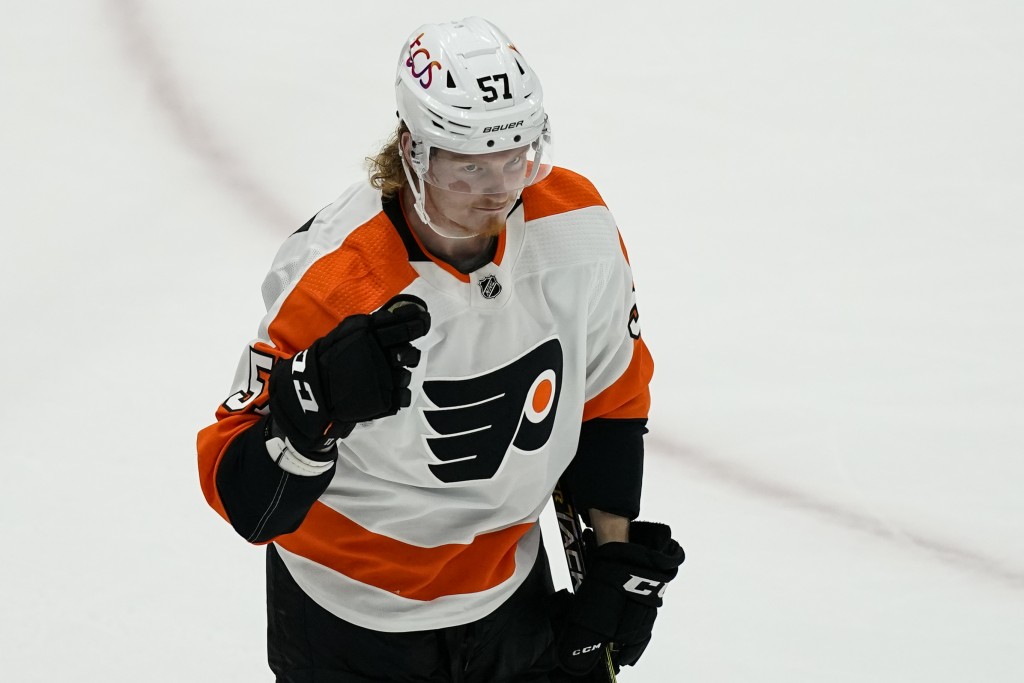 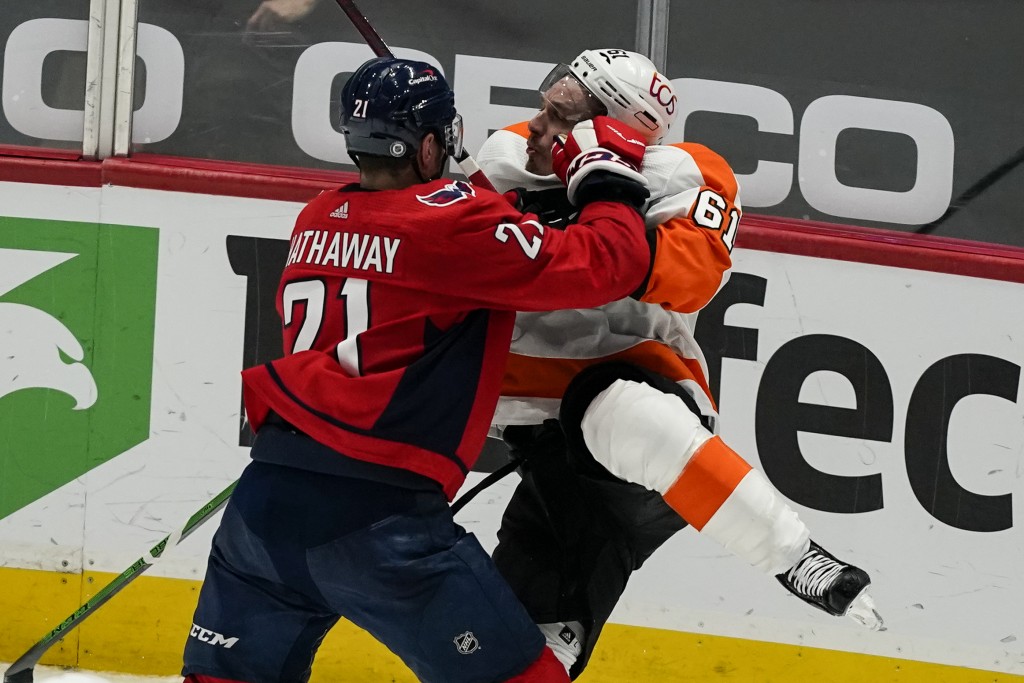 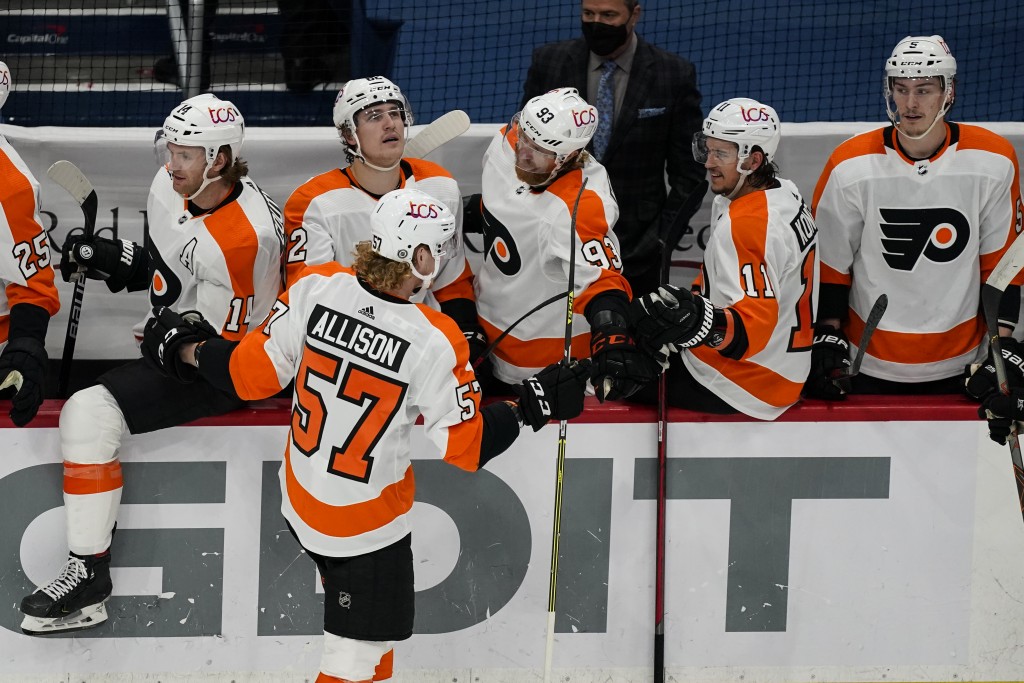 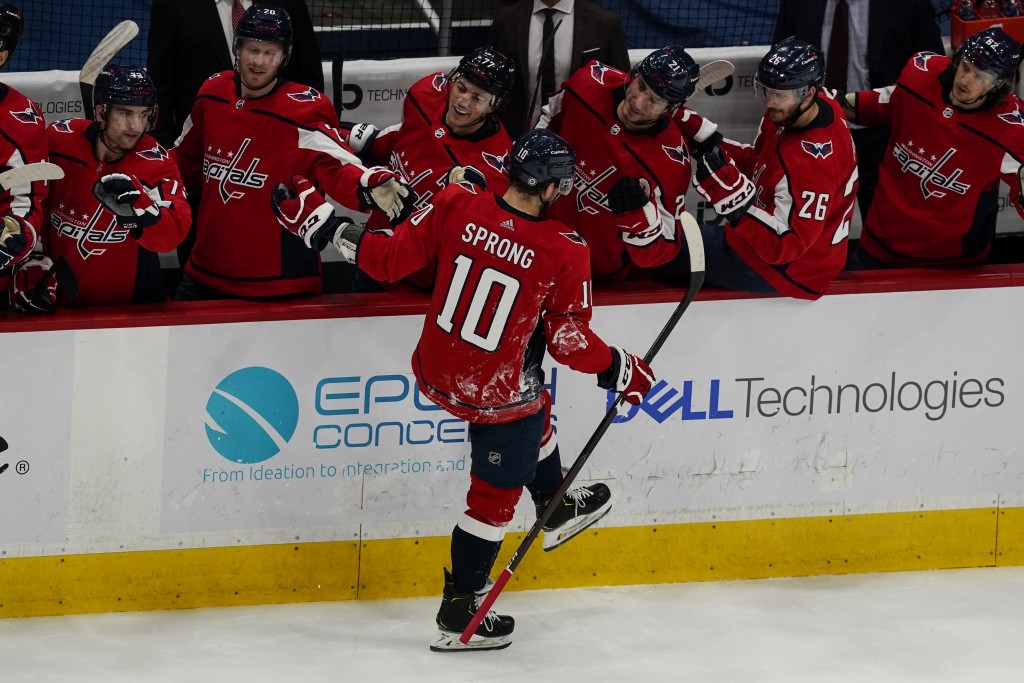 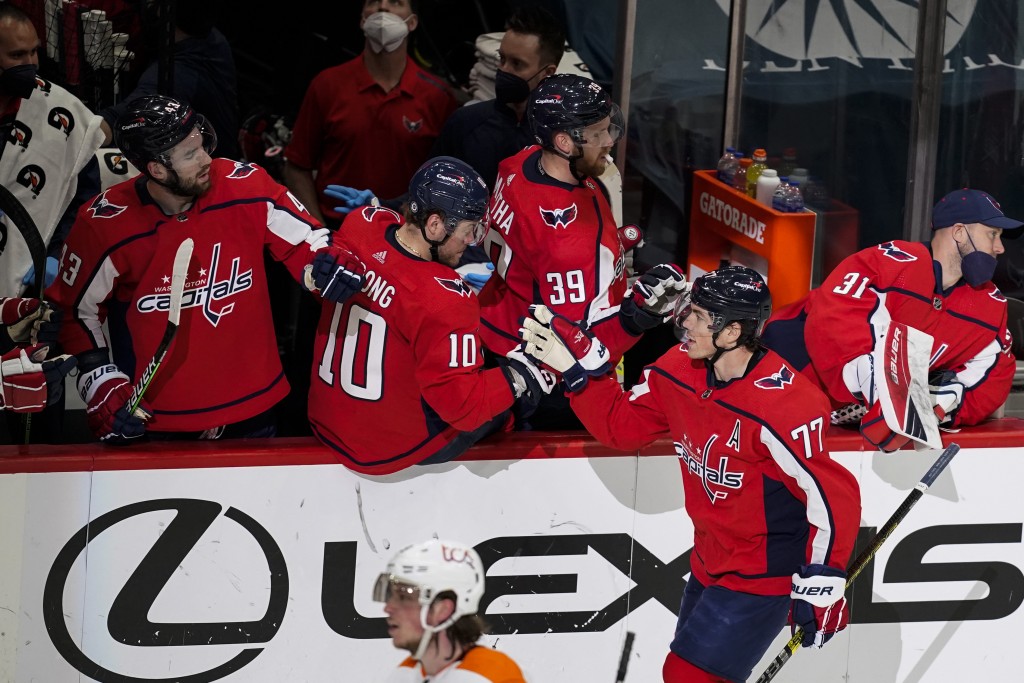 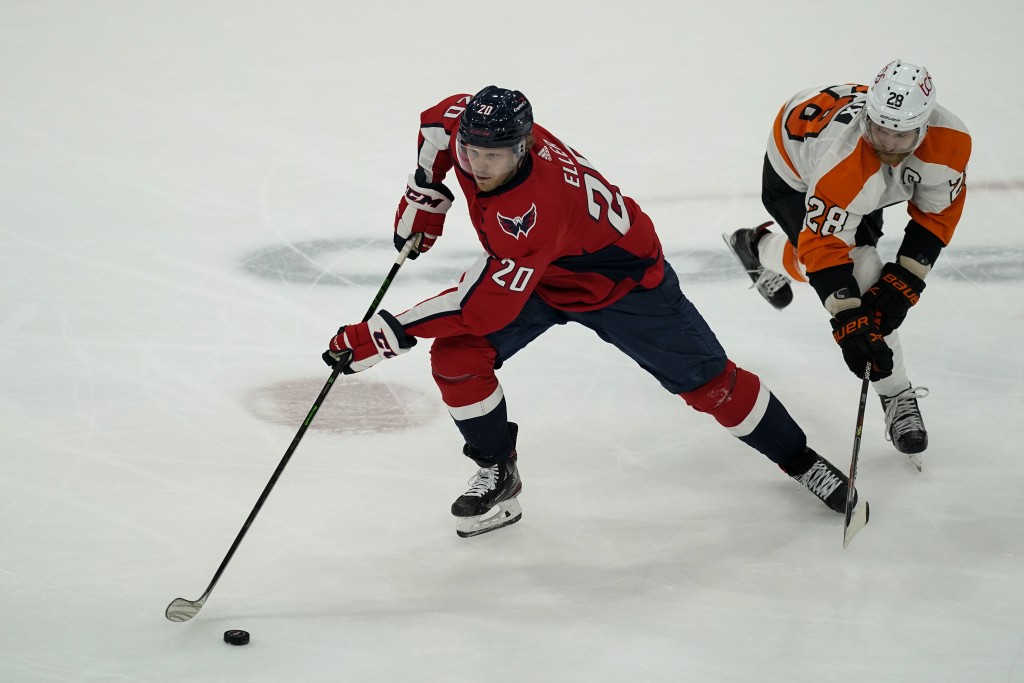 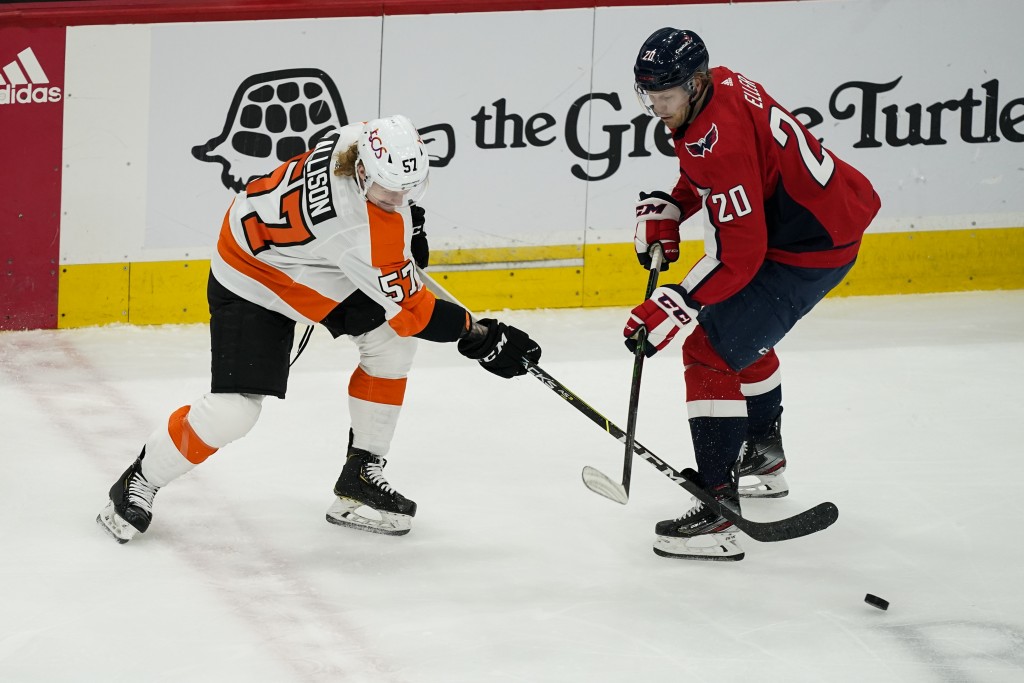 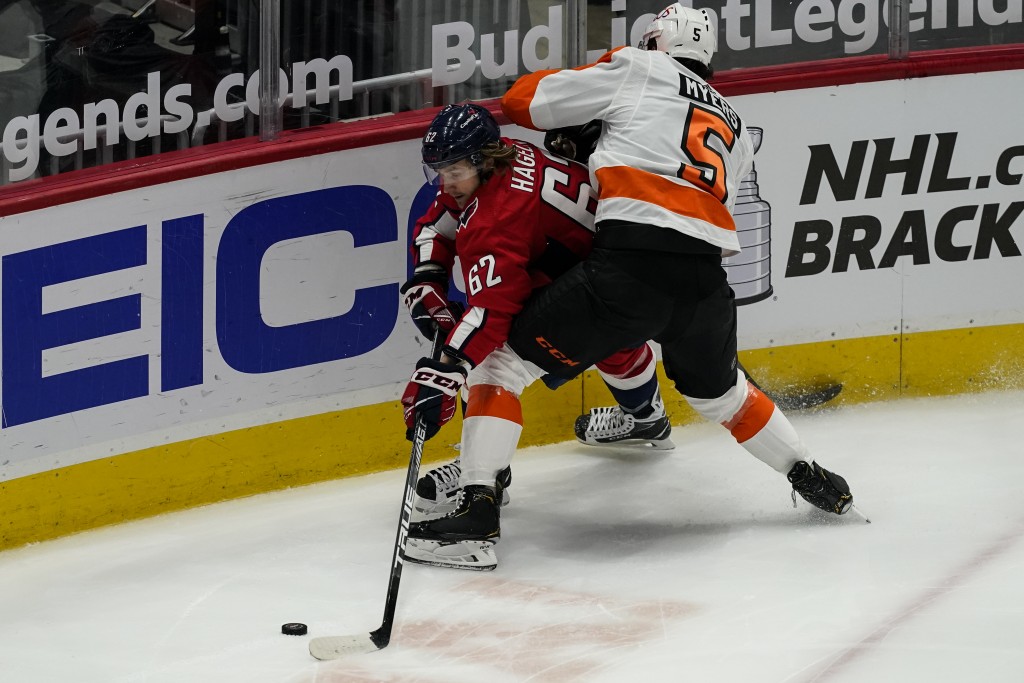 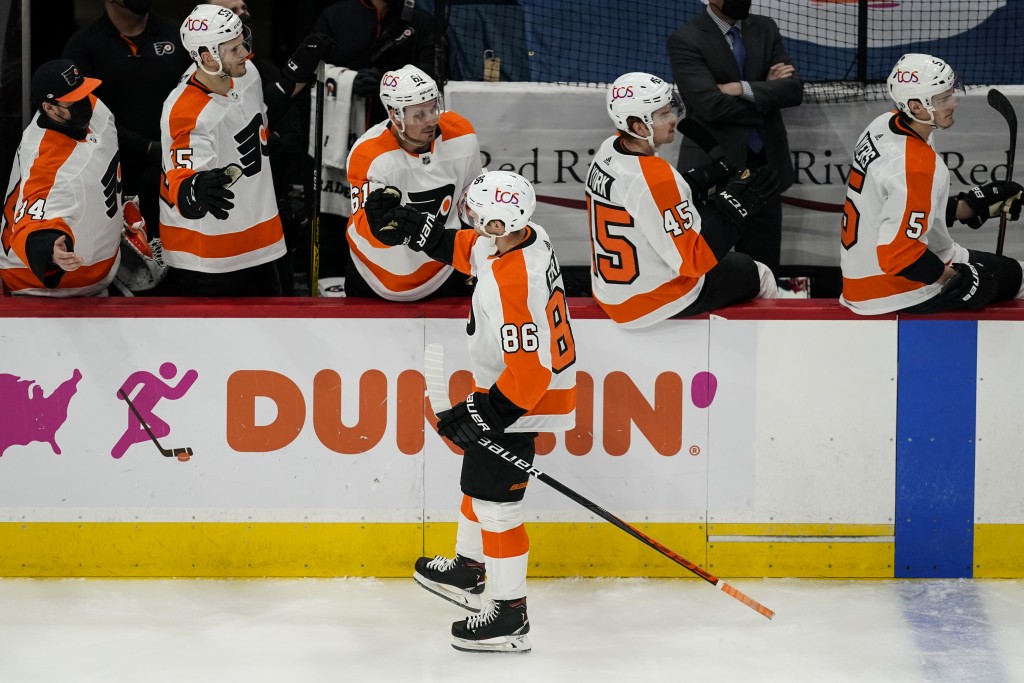 Long since eliminated from playoff contention, the Flyers nevertheless outplayed the Capitals, who were again without captain Alex Ovechkin and defenseman Justin Schultz because of lower-body injuries and top center Evgeny Kuznetsov, who's on the NHL COVID protocol list. Rookie goaltender Vitek Vanecek allowed three goals on 28 shots in his third consecutive start with Ilya Samsonov also out for protocol reasons.

Daniel Sprong scored his 13th goal of the season and sixth in his past six games mostly in Ovechkin's usual spot in the lineup. T.J. Oshie added his fourth in the past two games since the death of his father, but the Capitals' comeback bid from a 3-1 deficit fell short.

Joel Farabee took advantage of a defensive-zone miscue by Washington to open the scoring 1:44 into the game, and Sean Couturier sealed it for Philadelphia with an empty-net goal with 30.1 seconds left.

Ovechkin has missed six of the past seven games and played a total of 39 seconds in the past two weeks. The six games out with injury matches the most of any season in Ovechkin's career.

Yet even without Ovechkin, Kuznetsov and Schultz, salary cap-strapped Washington was able to dress the full complement of 18 skaters for the first time in three games. The Capitals won the previous two with 17 skaters.

“It seems like it’s been the ‘Adversity Caps’ this year on many different fronts,” right winger Tom Wilson said. “A couple guys are dinged up, but I think it says a lot about the coaching staff, about management, about the character in our room that no matter who’s out, who’s playing you’re able to win games and kind of collect wins.”

Top Flyers prospect Cam York made his NHL debut, giving the team something to celebrate at the tail end of a disappointing season. York, who captained the U.S. to a gold medal at the world junior championship and played at Michigan, got the solo lap treatment at the start of warmups and was paired with veteran defenseman Justin Braun.

The Flyers and Capitals face off for the eighth and final time this season Saturday night, with Washington looking for a sixth victory in the rivalry series.