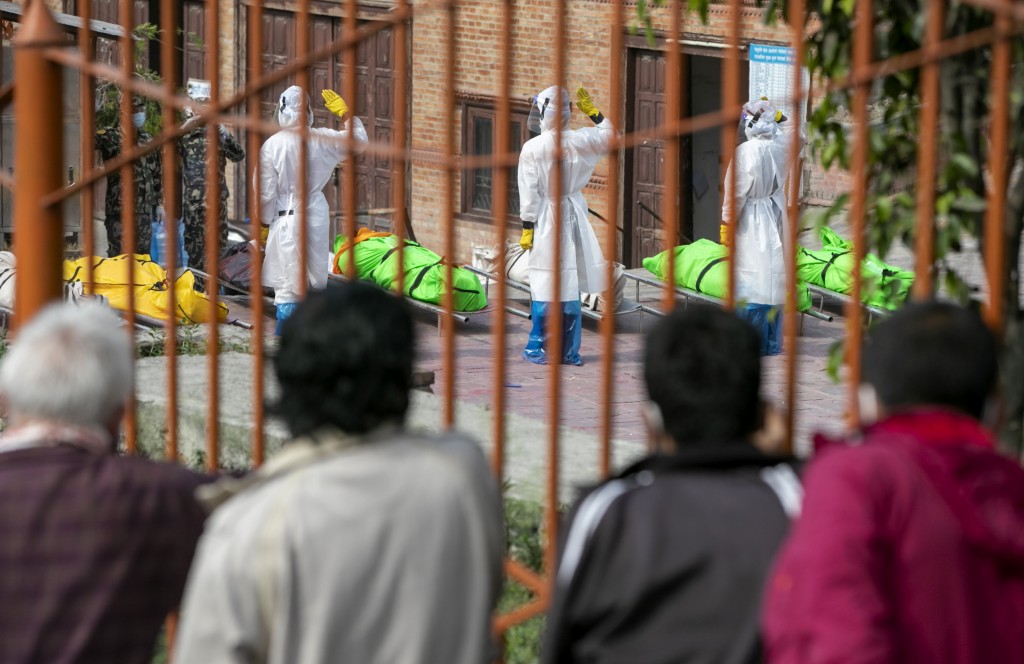 WASHINGTON (AP) — The State Department said Friday it is allowing non-essential diplomats and the families of all American staff at the U.S. Embassy in Kathmandu to leave Nepal at government expense due a surge in coronavirus cases.

The department also advised private Americans to reconsider any plans they may have to visit the Himalayan country and asked those already there who wish to leave to submit information to the embassy. That step suggests the embassy may organize charter flights out of the country in the absence of regularly scheduled commercial flights.

Nepal borders India, which is seeing a devastating surge in COVID-19 cases. The State Department has already implemented so-called “authorized departure” for non-essential workers and families of staff at U.S. embassies and consulates in India.

Doctors in Nepal have warned of a major crisis as daily cases hit record highs and hospitals were running out of beds and oxygen. Nepal reported 9,070 new confirmed cases Thursday, compared with 298 a month ago. The number of fatalities also reached peaks with 58 Wednesday and 54 Thursday, for a total of 3,529.