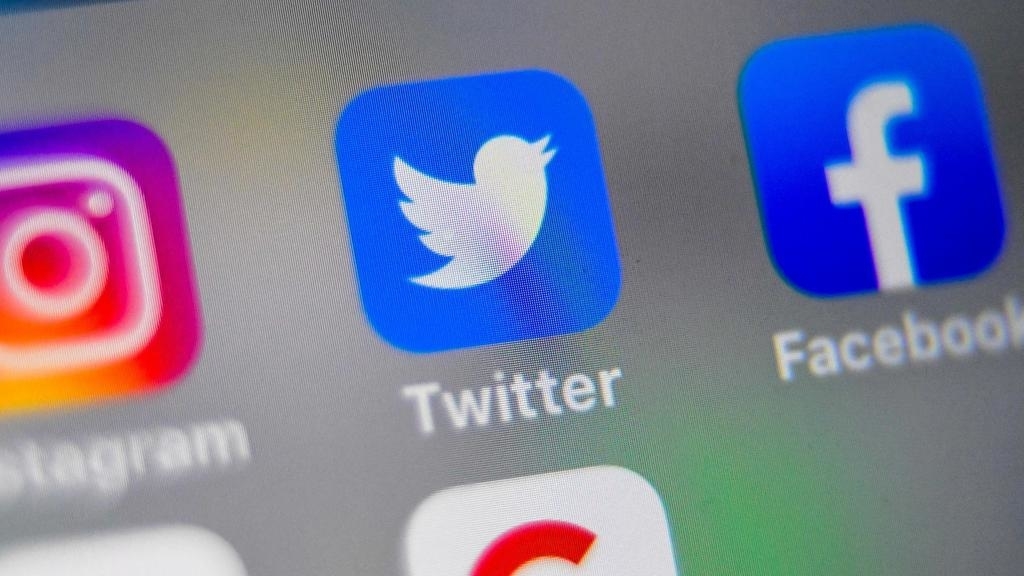 The collapse of the healthcare system during the latest COVID-19 surge has driven desperate Indians to seek help on social media. As adults struggle to cope with medical shortages, India’s wired youths are doing their bit to help – and getting lessons on resilience, initiative, and the constructive power of the Internet.

Mahi Saraf was stuck at home under lockdown during India’s devastating second COVID-19 surge when she saw the plea for help on her high school WhatsApp group. A teacher at her school in the New Delhi suburb of Gurgaon was gravely ill with COVID-19 and needed plasma as blood banks in the Indian capital had run out of stock. After a harrowing, unsuccessful hunt, the patient’s harried family activated informal Samaritan networks in a desperate bid to secure the plasma.

The 16-year-old high school student and her classmates immediately got on the job. Within minutes, the children combed through shared spreadsheets, found contacts, verified and pursued leads, and updated Google docs in real-time until a donor was found.

“The teacher’s family had tried and couldn’t find a donor. When the kids got involved, it took us 30 minutes to find one,” explained Saraf in a phone interview with FRANCE 24. “We kids all have social media accounts. The adults are so stressed, they’re trying to get the money for treatment, they have so many responsibilities, we have to pitch in. It’s easier when we have to do one task, we just get down to it.”

The collapse of India’s healthcare system during what is turning out to be the world’s worst COVID-19 wave has plunged the country into a tragedy of unprecedented proportions, leaving citizens to fend for themselves and each other in the absence of state services.

On Friday, India recorded a new record of 414,188 confirmed daily cases, taking the total tally to 21.4 million. The Health Ministry reported 3,915 additional deaths, bringing the total to 234,083. Experts believe both figures are an undercount.

Despite the recent rush of foreign aid, the COVID-19 curve shows no signs of flattening, with virus variants spreading – as dreaded – from the hard-hit Indian capital to villages in neighboring states, including the most populous, Uttar Pradesh.

With hospitals packed, oxygen, and other medical supplies running low, a central government focused on winning elections and international image management, the struggle to make it to the next day has moved online.

Their calls are being answered by millions of online volunteers reposting and trying to help as best they can. The gap between demand and supply in a country that largely relies on private healthcare has seen the entry of touts and profiteers, increasing the need – at a life-and-death pace – for cyber verification and authentication.

Enter the youth of India. Confronted with the sheer desperation of the adults, youths – with the intuitive online skills that their parents’ generation sometimes lacks – are pitching in. In the process, they’re also getting lessons in resilience, confidence, and initiative in a difficult world.

The mass battle against an untimely death has also been a great leveler, forcing many affluent Indian teens – who under normal circumstances would be focused on admissions to top Indian and international universities – to activate resources they never knew they possessed. In some elite urban circles that, before the crisis, had joined global debates on “affluenza” and its effects on overindulged children, the pandemic is changing the parenting dynamic.

‘Young ones’ come together online

While the role of online youth Samaritans has been noted in Indian and diaspora circles, data on the phenomenon has not yet been compiled as the country focuses on a crisis that has affected millions.

But the predominance of social media is well documented in a country that has the second-largest smartphone penetration in the world after China, according to Newzoo’s 2019 Global Mobile Market Report. In 2020, India had more than 560 million Internet users and 400 million social media users with the average time spent on social media clocking around 2.4 hours, a figure amounting to 27 hours per week for adolescents.

Social media consumption increased by 75 percent during India’s lockdown last year, according to 2020 Statista figures and those figures are likely to remain high this year as states enforce local restriction measures.

The increasing number of youths coming to the aid of families seeking help on social media has been observed by experts such as Rakshit Tandon, a leading Indian cybersecurity expert.

“We’ve seen children, especially young schoolchildren, forming groups, websites, authenticating information, and following leads during this crisis,” said Tandon in a phone interview with FRANCE 24 from New Delhi. “These young ones got together – especially youth influencers – and have been raising their voices through their platforms, verifying information, and trying to share the right resources. It’s a concept that is getting replicated in one state after another, and it’s a very positive sign emerging from this crisis.”

‘Young ones’ leading the drive against fraudsters

For youths volunteering in India’s vast COVID-19 cyber S.O.S. service, the crisis has opened new avenues to grasp the constructive power of connectivity for a generation that has often wittingly or unwittingly abused it.

“Social media has definitely become an integral thing – if you can’t get out of the house, it’s the only way you can help,” said Saraf. “Pre-COVID, everyone found WhatsApp groups annoying, but now it’s become very helpful.”

Saraf got a crash course on the destructive power of social media last year, when a teenage boy from her school jumped out of his 11th-floor apartment, sparking a police investigation into whether the boy committed suicide after a girl accused him of sexual abuse in an Instagram post.

Amid national media coverage of the case, the school authorities got Tandon to conduct an online safety workshop for the children, which sensitized Saraf to the dangers of irresponsible social media behavior. But as a student of an elite school, Saraf is aware she’s among a privileged minority trained in responsible cyber habits.

Tandon, who has conducted online security workshops for more than 3.6 million students, has made it his mission to increase this awareness across the country. “Nobody taught them what the Internet can do in the positive sense. So, if someone gets angry with a friend, they just make a fake account and start abusing their friends,” he said. “There’s still a lot of work to be done, children are still vulnerable to many cyber issues, but I’m happy their attention is now diverted to the constructive power of the Internet.”

The seasoned cyber crimes expert, who also works with law enforcement agencies in India and other Asian countries, said he’s pleased to see the initiative that adolescents have displayed during the second surge. “I’m happy to see the self-learning among young influencers. We are there as facilitators, but the young have taken this up themselves,” said Tandon. “This crisis has seen a lot of fraudsters online preying on desperate people looking for oxygen and hospital beds. It’s a very good message to the fraudsters that the young ones are leading the drive against them.”

The kids are getting mature

Saraf’s mother, Suruchi Ailawadi, a businesswoman in the organic food industry, is no stranger to her daughter taking the lead – and chastising her parents’ generation for their lack of social consciousness.

Since the pandemic began last year, Saraf has initiated numerous projects to help the disadvantaged. Her first COVID initiative was launched early last year when she noticed the maids in her residential complex were wrapping cloths around their mouths since they had no facemasks.

Plugging into her father’s contacts, Saraf raised funds to buy masks for the maids, which were sourced, ordered, and delivered to different apartment blocks.

Weeks later, India’s migrant labor crisis struck. As Prime Minister Narendra Modi imposed the world’s toughest nationwide lockdown with just a four-hour notice and no emergency preparations, millions of day laborers in Indian cities faced penury. Saraf then started a food distribution service. When the distribution started getting unruly due to the crush of desperate recipients, the teenager got her parents’ help to contact the local District Commissioner’s office to send a few officers during the process.

Next, Saraf realized that providing employment to migrant laborers who had lost jobs during the lockdown was more effective than food handouts. So she helped start an initiative to teach unemployed dayworkers how to make masks, which were sold and the proceeds shared among the workers.

The second COVID-19 wave though has grounded the teenager at home as the virus has claimed many young lives. She has since moved her initiatives online.

“My daughter is very, very sensitive,” said Ailawadi with a little laugh betraying palpable pride. “She feels the country needs so much help, she feels she has to do something about it and she’s always asking us why haven’t you done anything about it? Before she started doing this, we were not the kind of people who did a lot for society, although there were problems like poverty, hunger everywhere. She’s so conscientious, she makes us feel guilty.”

The second surge has plunged Saraf into a whirlwind of online volunteer work and the teen confesses that she’s had little time to digest the events of the past 12 months, including losing her beloved grandmother to COVID in October. “I don’t think I’ve processed what I’ve been doing. It feels very little, that verifying leads and contacting people is the least one can do. But I do go through anxiety. It’s very difficult when your friends are losing their parents, when people are getting sick…you feel so helpless, you don’t know what to do,” she explained.

Looking back on the past year, Saraf acknowledges that she’s learned some valuable lessons on life. “We’ve done application-based learning, not physics and chemistry and mathematics,” said the preternaturally mature teenager. “We’ve learned how to help our families, how to cope with loss, how to do community service to help our friends and others. We kids have also learned that social media has its positives and negatives, and we need to be more mature to use it. The kids now are getting mature and this will definitely help us in the future.” 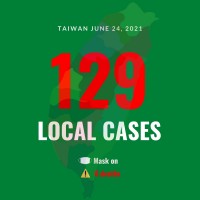 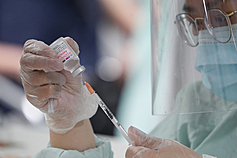 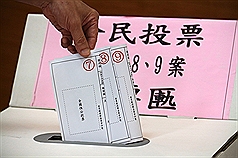