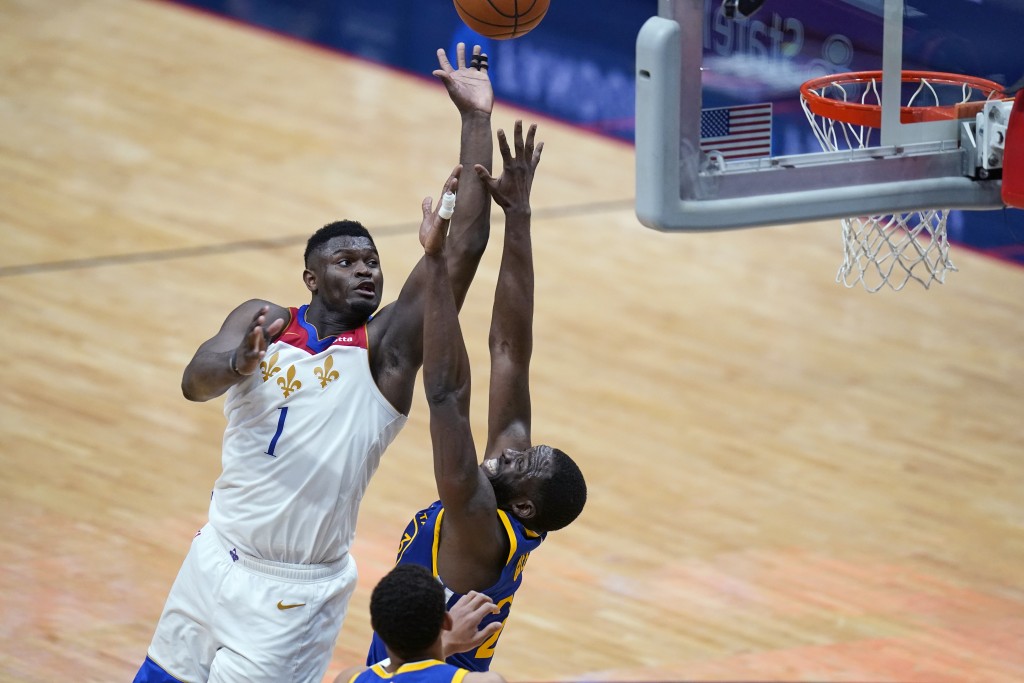 The 20-year-old forward averaged 27 points and 7.2 rebounds in 61 games and the injury comes before the Pelicans opened a five-game trip against certain or potential playoff teams. The Pelicans made the announcement Friday before they played the Eastern Conference-leading Philadelphia 76ers.

The Pelicans said a timetable for Williamson’s return would be determined upon further evaluation. He appeared to hurt the finger trying to grab a rebound Tuesday against Golden State.

Pelicans vice president of basketball David Griffin ripped the NBA and its officiating for not doing more to protect their franchise player.

“I'm really frustrated because this was avoidable,” he said. “We told the NBA through every means available to us, through sending in film, through speaking to everybody in the officials department, everybody in basketball operations, that the way they were officiating Zion was going to get him injured. Quite frankly, he's injured now because of the open season that there's been on Zion Williamson in the paint. He's been absolutely mauled in the paint on a regular basis to the point other players have said to him (they will) keep doing this to you because they don't call it.”

Their playoff chances look much more daunting without Williamson.

“He doesn't complain. He doesn't yell at officials. He doesn't flop. He doesn't sell calls,” coach Stan Van Gundy said. “He's the kind of guy that should get favorable treatment because of the way he acts, but that's not what works. What works is yelling and complaining and flopping and selling calls. He doesn't do any of that.”