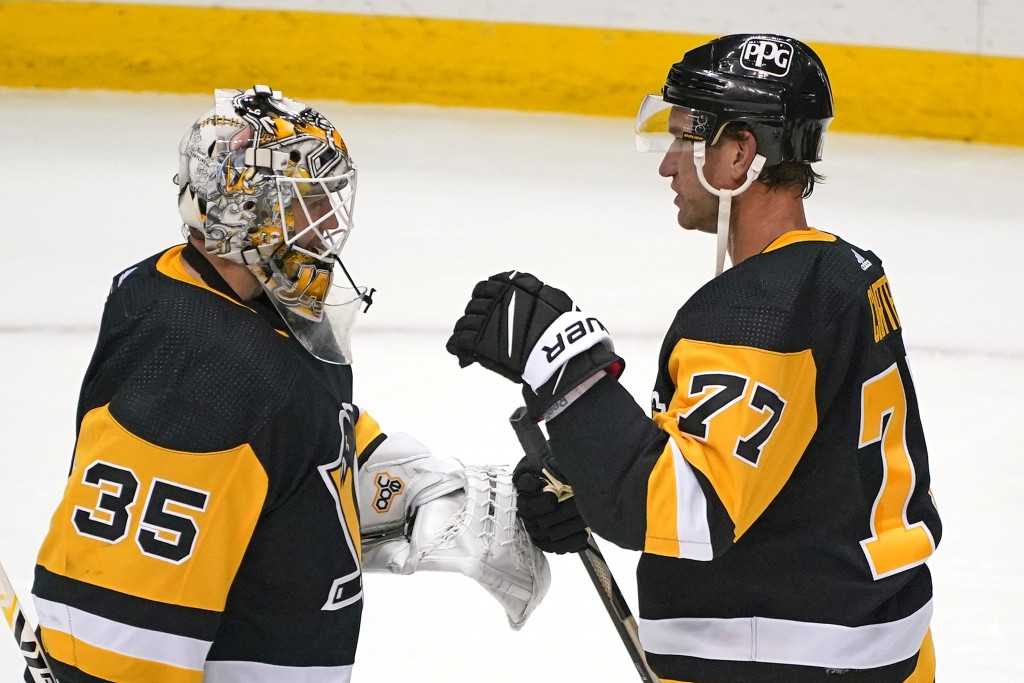 PITTSBURGH (AP) — The Pittsburgh Penguins will be without their top two goaltenders for Saturday's regular-season finale against Buffalo.

DeSmith is dealing with an upper-body injury while Jarry is working through a lower-body injury. DeSmith was injured in a loss to Philadelphia on Monday. Jarry played in an 8-4 victory over Buffalo on Thursday.

Maxime Lagace is expected to make his first start in more than two years as the Penguins try to move closer to locking up home-ice advantage in the opening round of the playoffs. Lagace is 8-6-1 with an .867 save percentage and 3.92 goals against average in 17 career NHL appearances, all with Vegas.

“I’ve been in this position before where you just wait for your time,” Lagace said. “I’m trying to have fun with it. Obviously, I’m not trying to put too much pressure. If anything happens, I just go in and have fun.”

Sullivan expects both Jarry and DeSmith to be available when the playoffs start the week of May 16.

While the Penguins have already clinched a 15th straight postseason berth — the longest active streak in major North American professional sports — their seeding and opponent has yet to be determined in the wide-open East.

Pittsburgh entered Friday leading Washington by two points for first place, but the Capitals began the day with three games remaining. The Penguins have one. Pittsburgh could finish anywhere from first to third.

Pittsburgh forward Brandon Tanev will also sit out the regular-season finale. He participated in a full-contact practice on Friday as he nears a return from an upper-body injury that's kept him out since April 3.