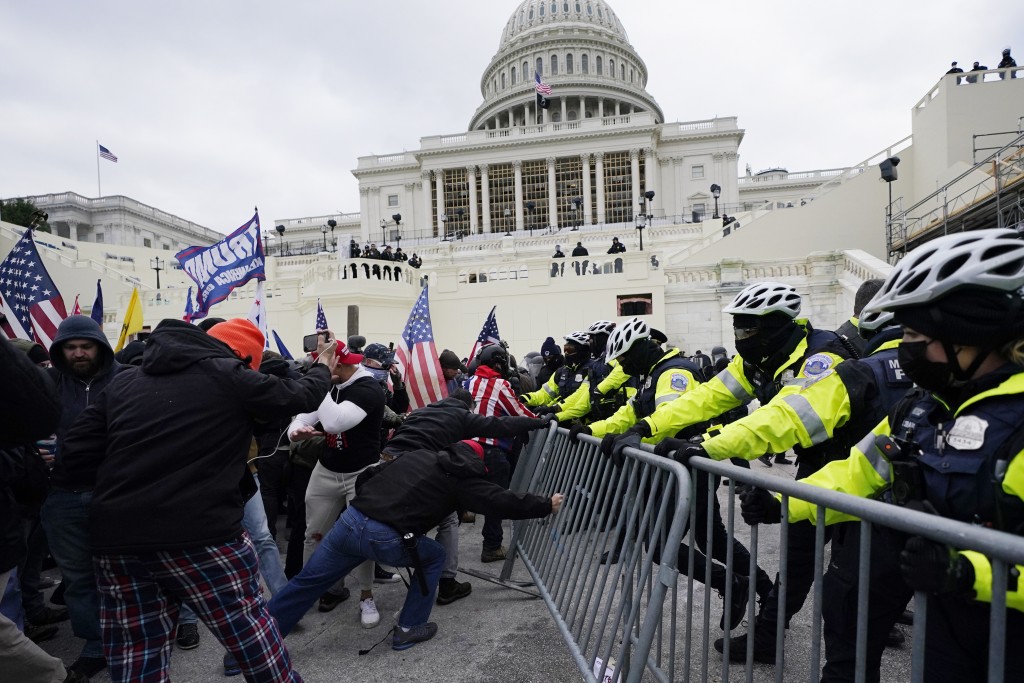 WASHINGTON (AP) — Former acting Defense Secretary Christopher Miller is scheduled to testify next week about the Pentagon's role in responding to the deadly Jan. 6 riot at the Capitol, the latest in a series of high-profile congressional hearings centered on the insurrection.

Miller is expected to appear Wednesday before the House Oversight Committee alongside former acting Attorney General Jeffrey Rosen in a hearing titled, “The Capitol Insurrection: Unexplained Delays and Unanswered Questions."

It is one of several Jan. 6-related hearings scheduled for next week.

Miller will almost certainly be asked to respond to complaints raised at previous hearings that the Defense Department took too long to dispatch the National Guard to the Capitol despite pleas for extra assistance from the Capitol Police several hours earlier.

Army and Pentagon leaders have repeatedly denied any efforts to delay or deny the Guard response, and say the movement of the troops was approved quickly but took time to actually complete. Guard members were scattered around the city posted at intersections, and they had to return to the armory, get riot gear and other equipment, get their new orders and explanation of their new mission before they were sent to the Capitol.

Miller denied in a Vice News interview in March that the response was unduly slow, saying, “It comes back to understanding how the military works." He said “this isn’t a video game,” adding "it’s not ‘Black Ops Call of Duty.’”

Other hearings set for next week are House Administration Committee sessions with Capitol Police inspector general Michael Bolton, whose latest Jan. 6-related report focused on the agency's counter-surveillance authorities and also chronicled a rising number of threats to lawmakers, and Christopher Failla, the architect of the Capitol.

Rep. Rosa DeLauro, a Connecticut Democrat and chair of the House Appropriations Committee, said earlier this week that a $2 billion supplemental budget that the House is expected to take up soon will include increased training, intelligence analysis and capabilities.