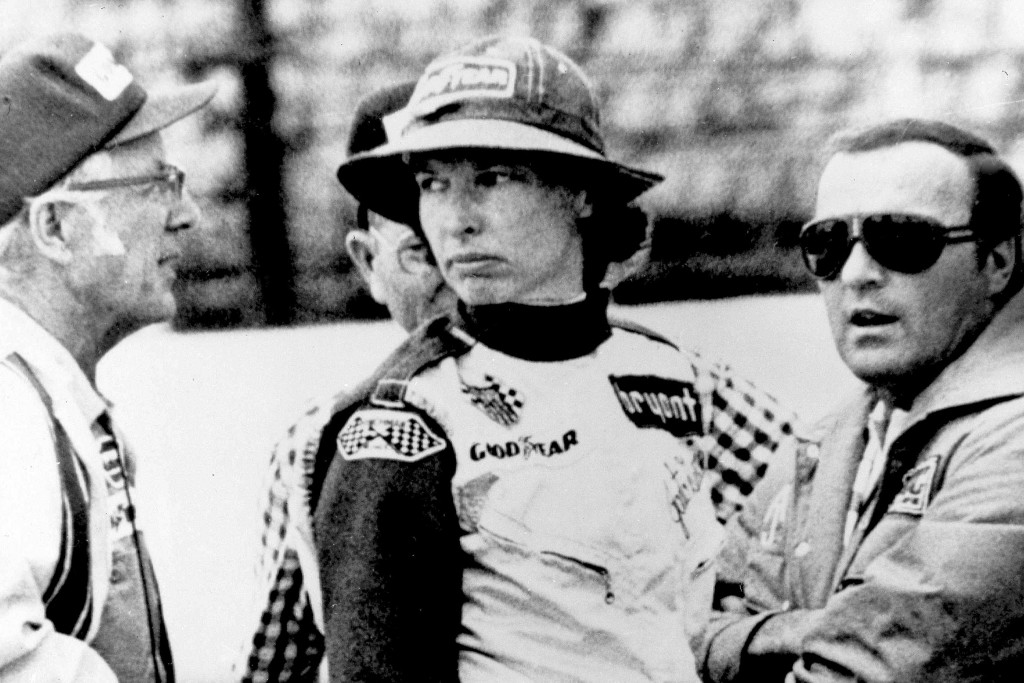 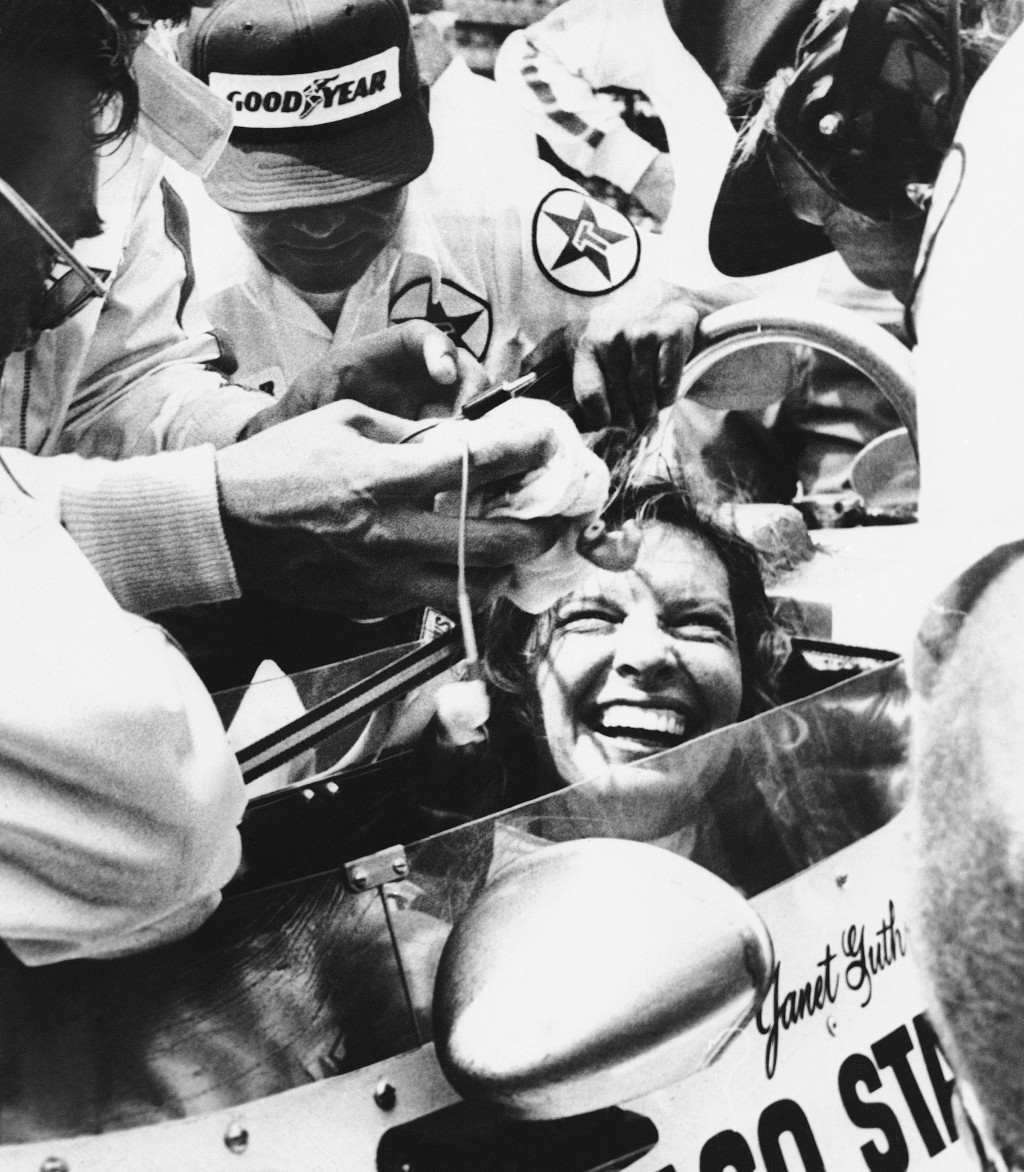 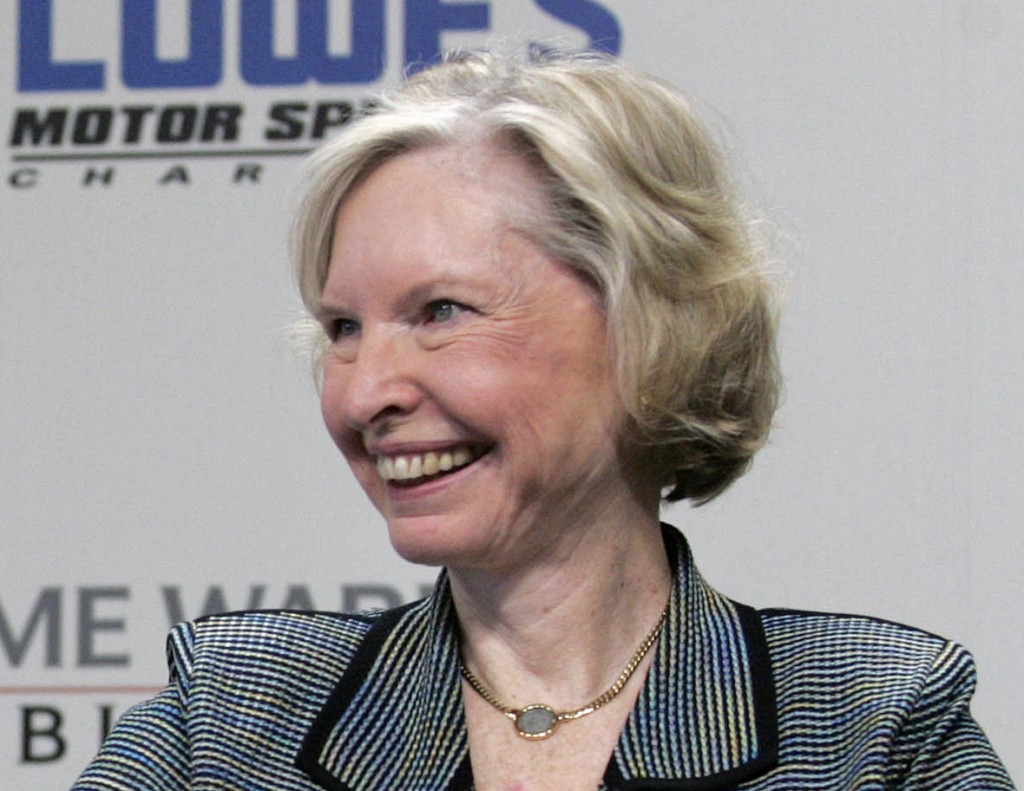 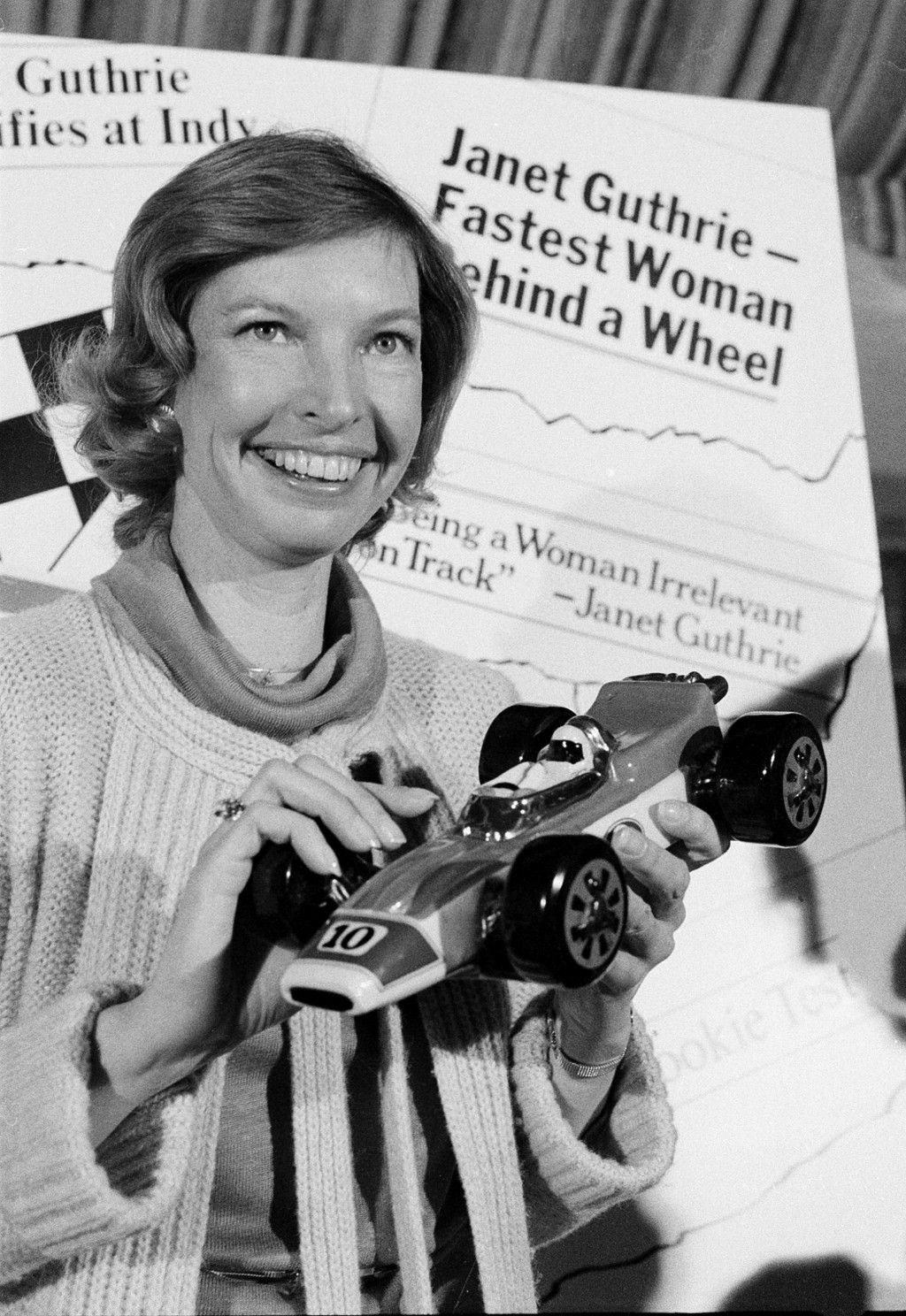 All these years after her history making run at the Indianapolis 500, Janet Guthrie is still deluged with letters from around the globe.

“I just got a piece of fan mail from Australia,” she said Friday. “I've got a stack of fan mail about 3 feet high that I haven't been able to respond to.”

And how about the news that Academy Award-winning actress Hilary Swank is set to portray her in a movie!

Swank called Guthrie “an incredible true story about female empowerment and going after your dreams," saying she "can’t wait to bring her inspiring life to the screen.”

As the first woman to race at the Indy 500, Guthrie's is a life is worth celebrating and remembering — especially as a new generation deals with the gender inequities that continue to hinder female sports.

When Guthrie read reports of the disparate facilities at the NCAA men's and women's basketball tournaments, she had a familiar reaction for someone who endured relentless scorn and ridicule breaking into a male-dominated sport.

“I guess my first thought was, ‘What else is new?’” she said, a resigned tone in her voice when speaking by phone from her home in Colorado. “On the other hand, I'm very glad that it's in the headlines again. Perhaps there will be some changes.”

One thing hasn't changed all that much since Guthrie, an aerospace engineer and pilot-turned-race car driver, stunned the world by qualifying for one of the world's most famous events in 1977.

Women are still outliers in the sport of auto racing.

Only a handful of females have raced regularly in the IndyCar series since Guthrie's breakthrough, most notably Danica Patrick.

Patrick, now retired, is also the only woman to compete regularly on the NASCAR Cup circuit, where Guthrie still ranks second on the list of most career starts by a female with 33 (which includes being the first woman to compete in its biggest event, the Daytona 500).

Just two women have qualified for a Formula One race, the last in 1976.

“The talent is out there,” insisted Guthrie, now 83. “But the pool of girls who have grown up racing go-karts and then progressed to other forms of machinery is relatively small.”

She contrasted that with the gains made by women in equestrian events, another of the rare sports where the two sexes compete on an equal playing field.

“Forty years ago, that sport was dominated by men at the Olympics. Now, it's dominated by women,” Guthrie said. "But horse back riding has since time immemorial been the one way a young girl had socially acceptable access to power. I think that's part of why women have come to dominate (equestrian) competition.

“We haven't really quite reached that point in the lower levels of autosport yet,” she said. “I hope it will be coming.”

There's nothing to prevent women racers from being just as successful as their male counterparts, Guthrie has long maintained, if only they received an equal opportunity.

“In most sports, the fact that men have big muscles and broad shoulders does make a difference,” she said. But that doesn't apply when behind the wheel of a machine that can go more than 200 mph.

“Like I used to say,” Guthrie chuckled, “I drove the car, I didn't have to carry it.”

She never got a full-tine ride on the IndyCar circuit, competing in 11 races over a four-year period in the late 1970s. She qualified three straight years for the Indy 500, finishing ninth in 1978 for her best showing.

While best known for her Indy exploits, Guthrie had more experience in NASCAR. Again, though, she never had a full-tine ride. The closest she got was in 1977, when she took part in 19 of 30 races, finished in top 10 four times, and wound up 23rd in the season points.

Guthrie was the first of nine women to race in the Indy 500, but she and most of those who followed were limited to one-off deals that made it difficult to compete with full-time racers.

That's the case again this year. Simona de Silvestro is the lone woman entered in the 500, competing for fledgling Paretta Autosport in an Indy-only package.

At least that's an improvement on last year's pandemic-delayed race, when there were no female drivers in the 500 for the first time in 20 years.

“I'm really delighted that Simona is entered in this year's race. She's a very capable driver,” Guthrie said. “But I can tell you it's nearly impossible to do well when you're racing just one IndyCar race a year, and it's the most important race of the year. I'm hoping for the best. I really have my fingers crossed.”

De Silvestro's team is owned by Beth Paretta and part of a drive by IndyCar leader Roger Penske to create more opportunities for women and minorities in a variety of racing-related jobs.

It's an effort that's long overdue.

“The talented women are out there,” Guthrie said. “It just depends on which one finds the money to get it done.”

She's encouraged by progress being made in non-driver positions. Maybe it doesn't create the same buzz as a female behind the wheel, but it's an important step.

“You want the very best people,” Guthrie said. “And there's quite a few women working behind the scenes now. So much of racing is computer driven these days. Just look at Formula One races. Car adjustments are being for a race in Spain by people sitting behind a computer in England. It's a whole different ballgame than it used to be.”

In the meantime, it's important that we never forget those who paved the way.

Better late than never, she was selected last year for the Indianapolis Motor Speedway Hall of Fame. Unfortunately, the pandemic prevented the usual induction ceremony from being held, so Guthrie took part in a virtual event. She had hoped to attend this month's ceremony in person, but the ongoing pandemic and other issues forced her to back out.

While Guthrie said “it kills me” not to be in Indy this month, she at least has a ring that is presented to all Hall of Fame inductees.

“That ring is so beautiful," she said. ”It's my most treasured possession."

Janet Guthrie is a national treasure.

Hilary Swank, you've got your work cut out for you.

Paul Newberry is a sports columnist for The Associated Press. Write to him at pnewberry(at)ap.org or at https://twitter.com/pnewberry196 His work can be found at https://apnews.com/search/paulnewberry