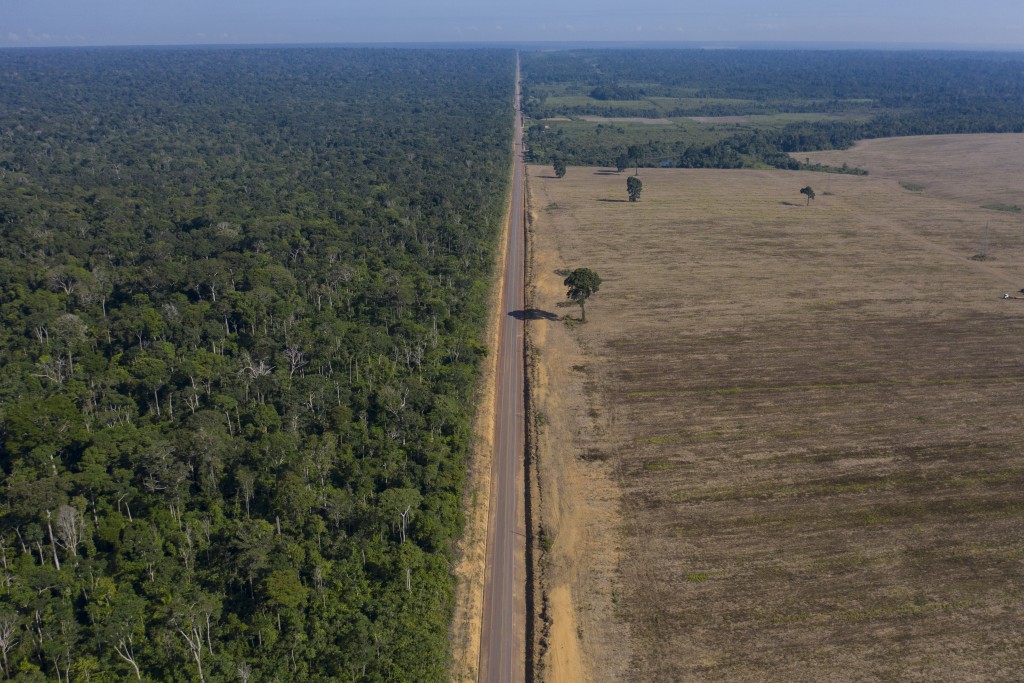 RIO DE JANEIRO (AP) — Preliminary data released Friday signaled deforestation of Brazil’s Amazon in April was the highest for that month in at least five years, a report that comes two weeks after Brazil’s President Jair Bolsonaro said his government would dedicate more energy and resources toward curbing deforestation.

Deforestation rose 43% over the same month in 2020, to 581 square kilometers (224 square miles), according to the government’s Deter monitoring system, which provides daily deforestation alerts based on satellite images.

At the U.S.-led climate summit on April 22, Bolsonaro shifted his tone on Amazon preservation and exhibited willingness to step up commitment, even though many critics remain doubtful of his credibility. He also said Brazil requires outside funds to curb deforestation of the world’s largest tropical rainforest.

His environment minister this year began talks with officials from the administration of U.S. President Joe Biden, who has directly called on Brazil to take stronger action. Officials and activists are watching closely for signs whether Bolsonaro’s shift in tone amounts to more than empty promises.

Bolsonaro has previously exalted the need to tap the Amazon’s resources, cast aspersions on environmental activists who defend the rainforest and snarled at European leaders who decried its destruction. In the 12 months through mid-2020, deforestation reached its worst level in more than a decade.

Alerts since last July had indicated that Amazon deforestation was retreating from its peak, but April data marks continuation of an upward trend after a five-year high in March. The data series of Brazil's national institute for space research starts in 2015-2016.

“This shows that there is no action of control of the government,” The Climate Observatory, a network of environmental non-profits, said in a statement.

It also highlighted that cloud cover in April 2021 was the greatest for that month on record, which could conceal satellite views of even more deforestation.

Days before the climate summit, a group of 15 U.S. senators penned a letter to Biden complaining of Bolsonaro’s environmental track record and urging the U.S. to condition any support for Amazon preservation on significant progress reducing deforestation.